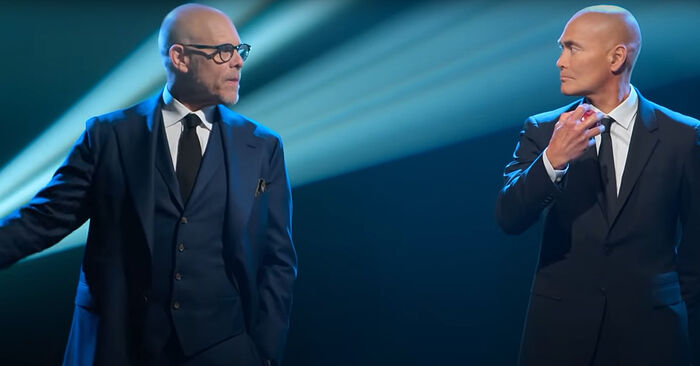 Oops! That was supposed to be Iron Chef.

I like and prefer the kitschy old Japanese show (even without the silly dubbing), but I suppose that magic can’t really be recaptured.

thank you for the update. I’m going to be following this. I can’t wait!

I’ll give it a try, but now that I’ve had a chance to revisit the old school Iron Chef Japan, I think that’s where my heart will always be.

Now, if someone wanted to take a run at Dotchi No Ryōri Shō on Netflix, that’d be fun…

I found the U.S. version to be unwatchable. However, I met one of the frequent judges from the original, Katayama Akiko; she’s quite nice. She used to (maybe still does?) have a radio show where she talked about Japanese food.

Anyone else watching? Does anyone know when these five become Iron Chefs?
I think 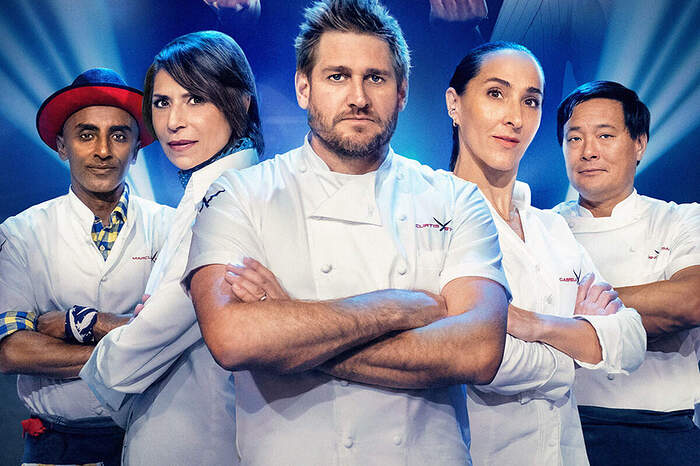 Some very familiar faces from food TV are set to take part in 'Iron Chef: Quest for an Iron Legend.'

I have it saved, haven’t watched yet. As far as I know none of them are actually Iron Chefs from the old series.

Yep. None of them are. However I recognized Tsai, Stone, and Crenn at least as former challengers. Tsai won his battle, which included his Peking Duck (with skin separated from the flesh using a motorized air pump. Great television!).

Apparently Marcus competed on Next Iron Chef but was eliminated. He also competed against Flay, but I don’t know the results.

This is the list of the episodes for the American cooking television series and competition Iron Chef America, produced by Food Network. The series is based on the Japanese series Iron Chef and is a cooking competition in which a challenger chef "battles" one of the resident "Iron Chefs" by cooking five or more dishes in a one-hour time slot based around a secret ingredient or ingredients, and sometimes theme. In most episodes, three judges score the meal in three categories, with 10 points ava...