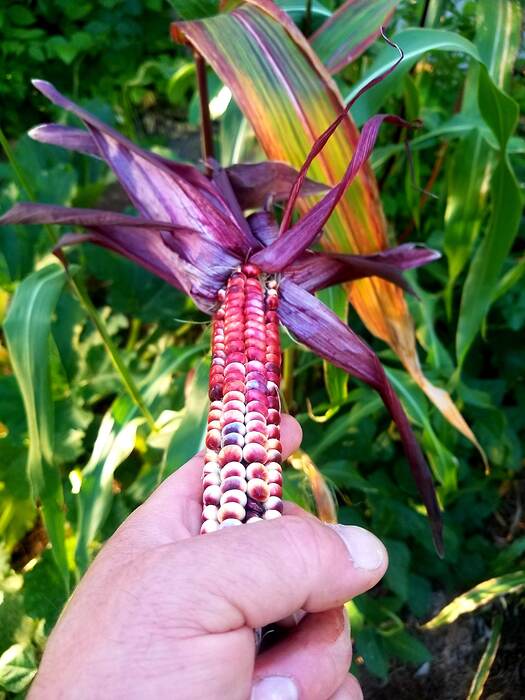 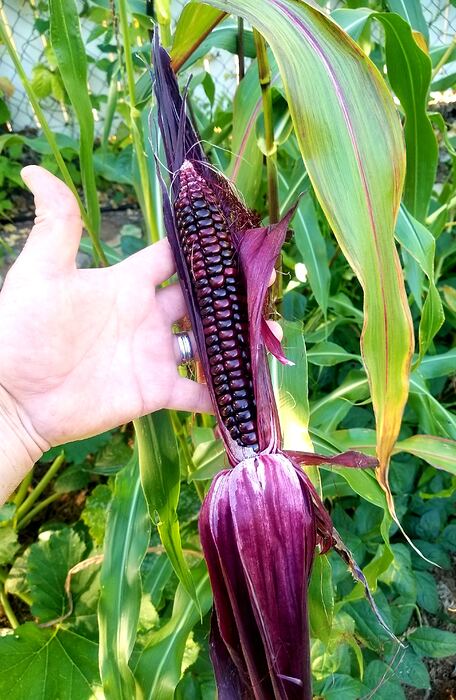 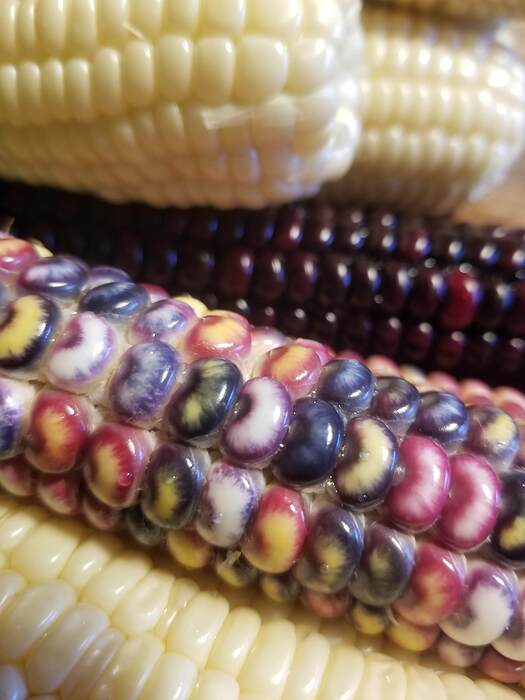 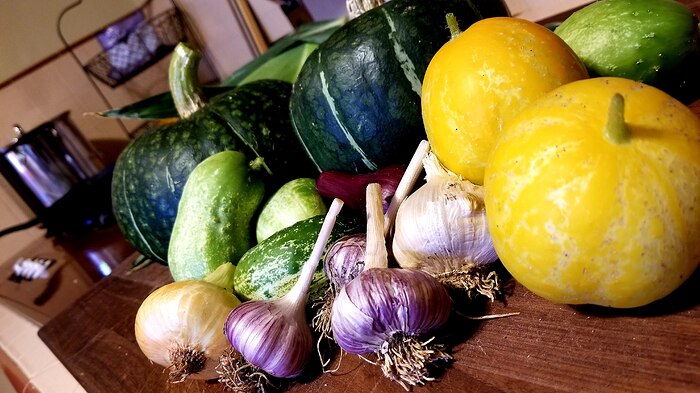 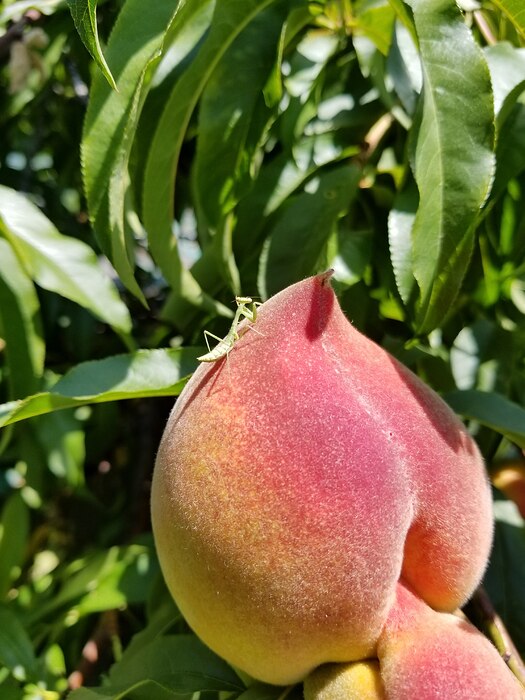 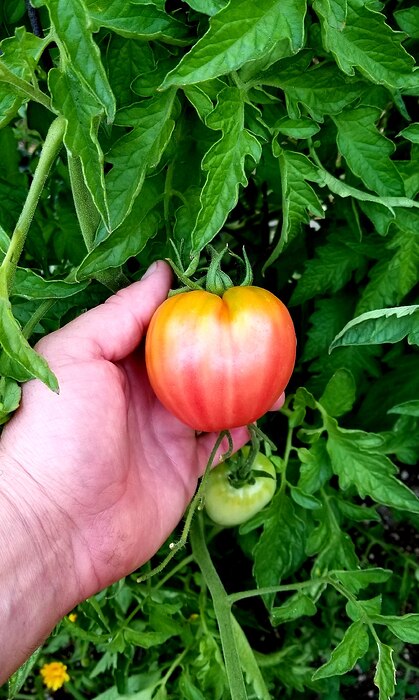 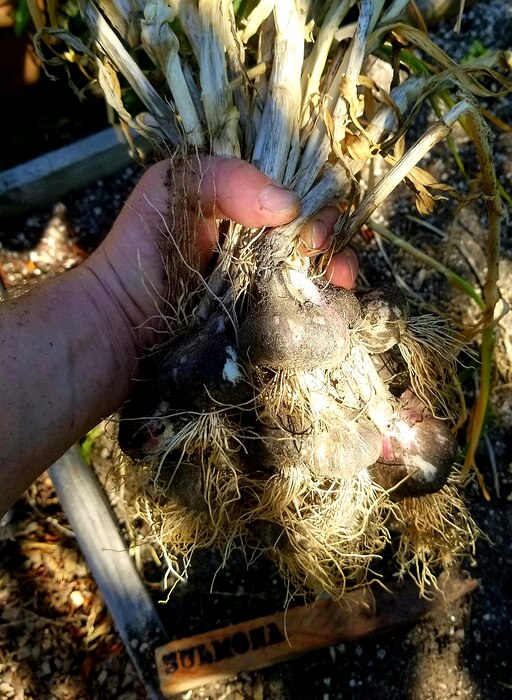 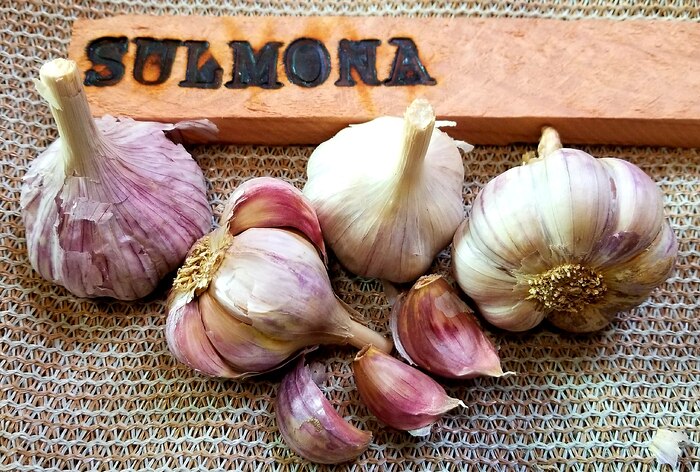 Beautiful! Perfect pics to share in dark and cold January - at least where we are.

It’s been raining a few days over the last week which is always nice… The cold is here now… So my tomatoes are going very slow and I will need to bring in my really Tropical plants. Here are some pics I took between showers. If it wasn’tfor the flowers it would be dreary 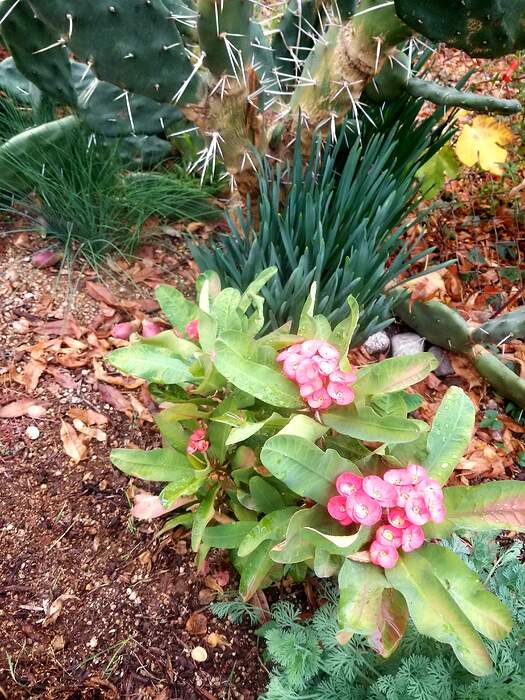 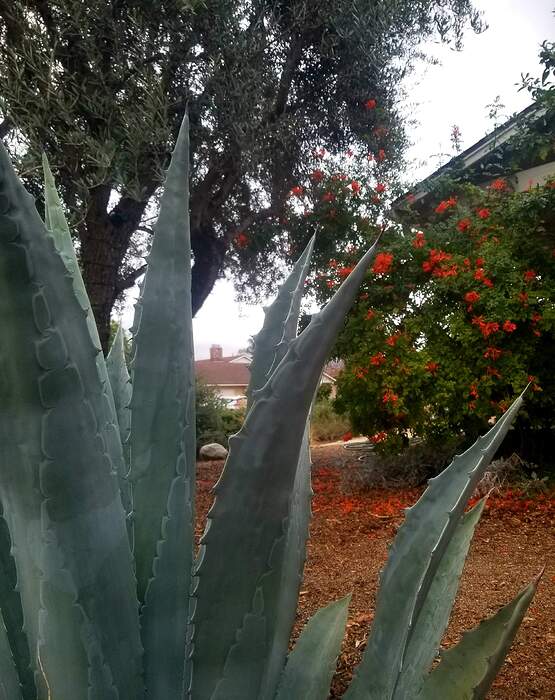 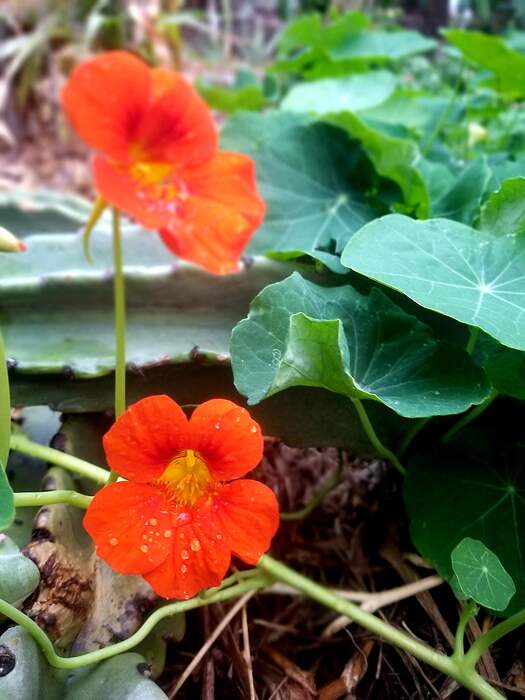 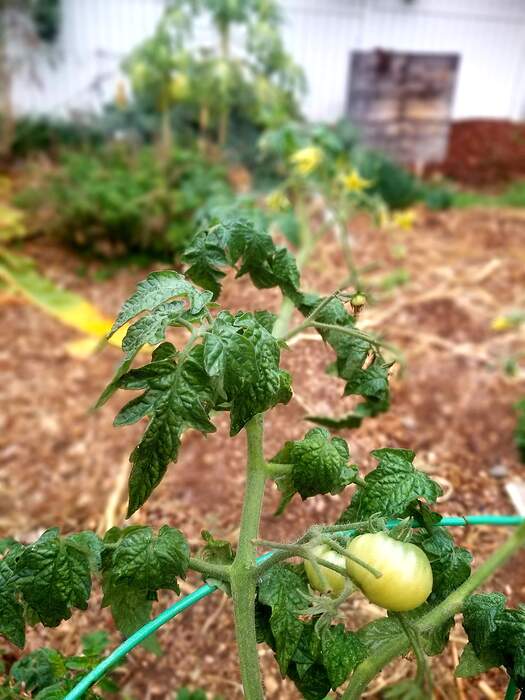 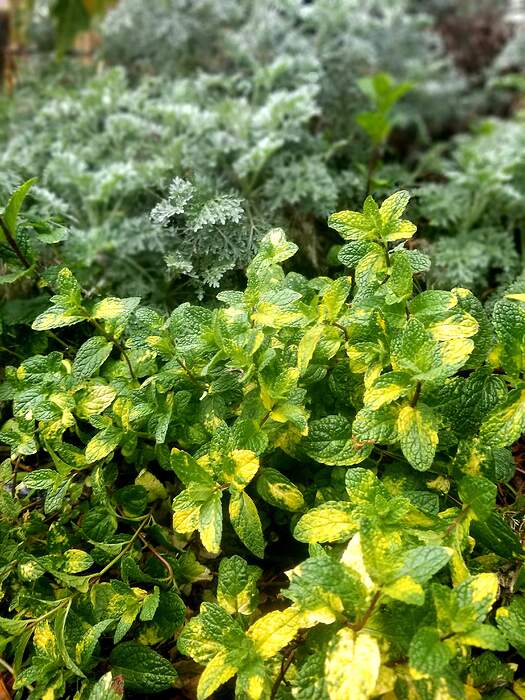 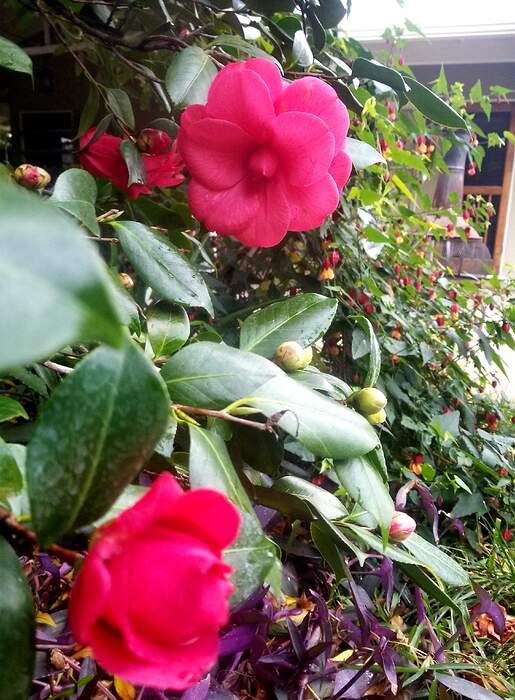 How wonderful to have such a climate at this time of year (unless, of course, you’re in the southern hemisphere and you get frosts in July). The only thing I have flowering is the odd snowdrop here and there.

I don’t usually grow plants from seed but did last year as I was sent some bee-friendly ones as a gift. Have bought some for this year, though - all hardy annuals, not edible except for the nasturtium.

That’s beautiful! How does that corn actually taste? It’s almost too pretty to eat.

Which vitamins come from which colours?

An ear of real corn, before we started twisting and manipulating it to unnatural purposes: 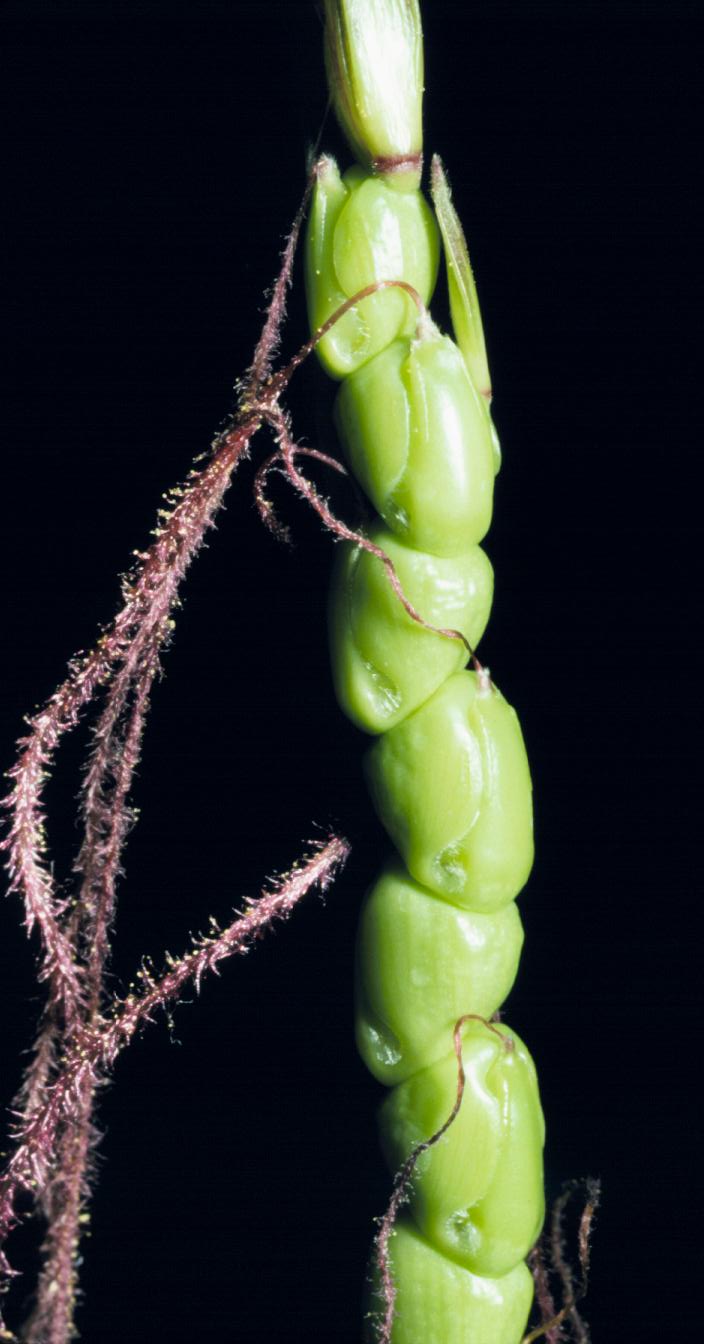 (Sorry, I can’t figure out how to make it show up automatically)

Very generalized statement obviously. And there are many exceptions but for heirlooms it holds pretty true. More antioxidants in the heirlooms.
purple for instance = Anthocyanins
Orange = beta carotene
Etc…

Corn is just a grass really

What is your day and night temperature these days? To see corns, tomatoes and peach (is it?) is impossible during this time of the year here (outskirt of Paris). Rustic zone is 8a (although the warm winter the last few years make me think it is 9a). I left a few summer tomato plants and chili peppers, they didn’t survive and died in December. Sun is rare these days, about 5 hours every week.

The pictures I originally posted are not necessarily right now… my peach tree is just branches at the moment… ha ha
But My tomatoes and eggplant are chugging along. I always have flowers blooming… gotta feed the workers.
This week we dipped into the low 40s…(farenheit) I did see sleet which scared me! It has been raining off and on. Two weeks ago we saw high 80s
Southern California can grow just about anything with care… I wish I had a greenhouse. I would have a tropical jungle!

But My tomatoes and eggplant are chugging along. I always have flowers blooming… gotta feed the workers.
This week we dipped into the low 40s…(farenheit) I did see sleet which scared me! It has been raining off and on. Two weeks ago we saw high 80s

Impressive. Do you renew your plants annually? My plants after the summer / autumn harvest, they were weak and skinny with all the fruits.

Indeed… I don I also do a hard prune on them after I get a decent amount of fruit before fall… Then I get a second harvest.
These are some of my seedlings for this coming spring… pic taken a couple weeks ago.

Please check in here as well!

New year, new thread! Happy gardening everyone! I haven’t been doing much gardening, except I’ve ordered some new plants like a hazel nut tree and several raspberries bushes in December, add soil in certain pots. Also repot certain plants that are growing too big. Also a lot of cleaning. I need to find time soon to repot and treat a peach tree that has serious leaf curl problem, it may be a bit too late now, I should have done it in late autumn. A question on fava beans, been growing them annu…

I’m never sure when to start a new year here on the west coast. Winter/Spring is my favorite season here in No Cal.

That green “real” corn isn’t really corn as any culture knows it. Teosinte is an ancestor of corn, which is an ancient crop (think pre Inca). While Teosinte typically has half the chromosome count of Zea mays, corn, there was one population of Teosinte discovered, first in Mexico, with double the norm, making it possible to breed with corn. These diploid teosintes have been planted in other countries. Teosinte is not corn, but is likely one of two or more ancestors. Truth is, no one knows for sure!

Older isn’t always better. Many old corn types are prone to corn smut, or are prone to Sap Beetles, or lodging. Conditions change. New breeds often are better adapted, especially to large scale growing areas, like the “Corn Belts”. It’s easier to grow organically in CA; the pest load is smaller and there isn’t as long a history of agriculture. Pests, like the Asian Marmorated Stink Bug, Plum Curculio, European Corn borer and others are uncommon to absent in many areas of CA, especially regions surrounded by desert. Agriculture started in Virginia during the 1600s, and the pests, diseases have had a long time to get established! I’ve a close friend with an organic farm in CA and have checked out operations there; nothing at all like central and eastern growing regions. He used to live in Virginia and confessed CA is under much less pest pressure, for now.

Floriani Italian Polenta corn is fairly modern (200 yrs.?), but very nutritious and outstanding as polenta, not great (young)on the cob. Corns are funny that way. Some corn, like the dark purple “Chicha” corn in Peru (Maiz morado) is purple, ancient, but super high in starch and very low in amino acids or protein; it’s a purple thickener! Aztec Black goes from sweet, high sugar, to dense carbs with decent protein. Seems every corn I’ve grown has a different makeup and limited crossover in uses. An attempt at polenta with Maiz Morada ended up as purple library paste!