Got in line on a late Sunday night again solo. I lucked out on a seat a little earlier than expected after waiting for about 15 minutes - an employee went down the line and asked how big each party was and eventually a single seat opened up in the bar to fill.

I had the Shoyu ramen with extra chashu ($16), which came with two pieces of their very good chashu, two pieces of medium rare duck breast, some kale (again a little weird), nori, crunchy menma, the same crinkly noodles as the other bowls I’ve had there, and some peppery microgreens. I also added an egg (+$1.80). They had two types of eggs available - shoyu and miso. The server recommended miso so I had that.

This was probably my favorite bowl here so far. It had a salty shoyu broth with what tasted like a dashi base with a little fishiness. The lightest broth of the bowls that I’ve had here, although there was still a (un?)healthy layer of oil on top which gave it a nice fatty finish and mouthfeel. The noodles were well cooked as before. The added miso egg was perfectly soft boiled with a hint of miso flavor, definitely recommend getting that as an add on. 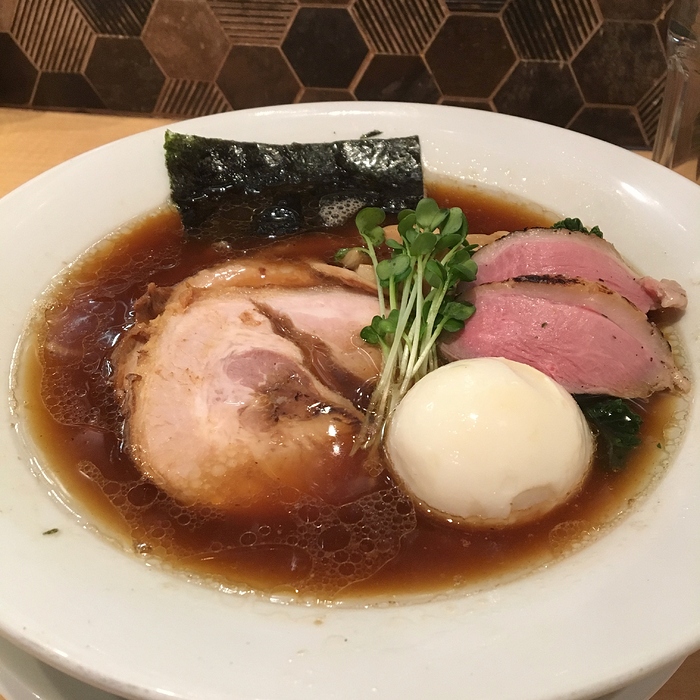 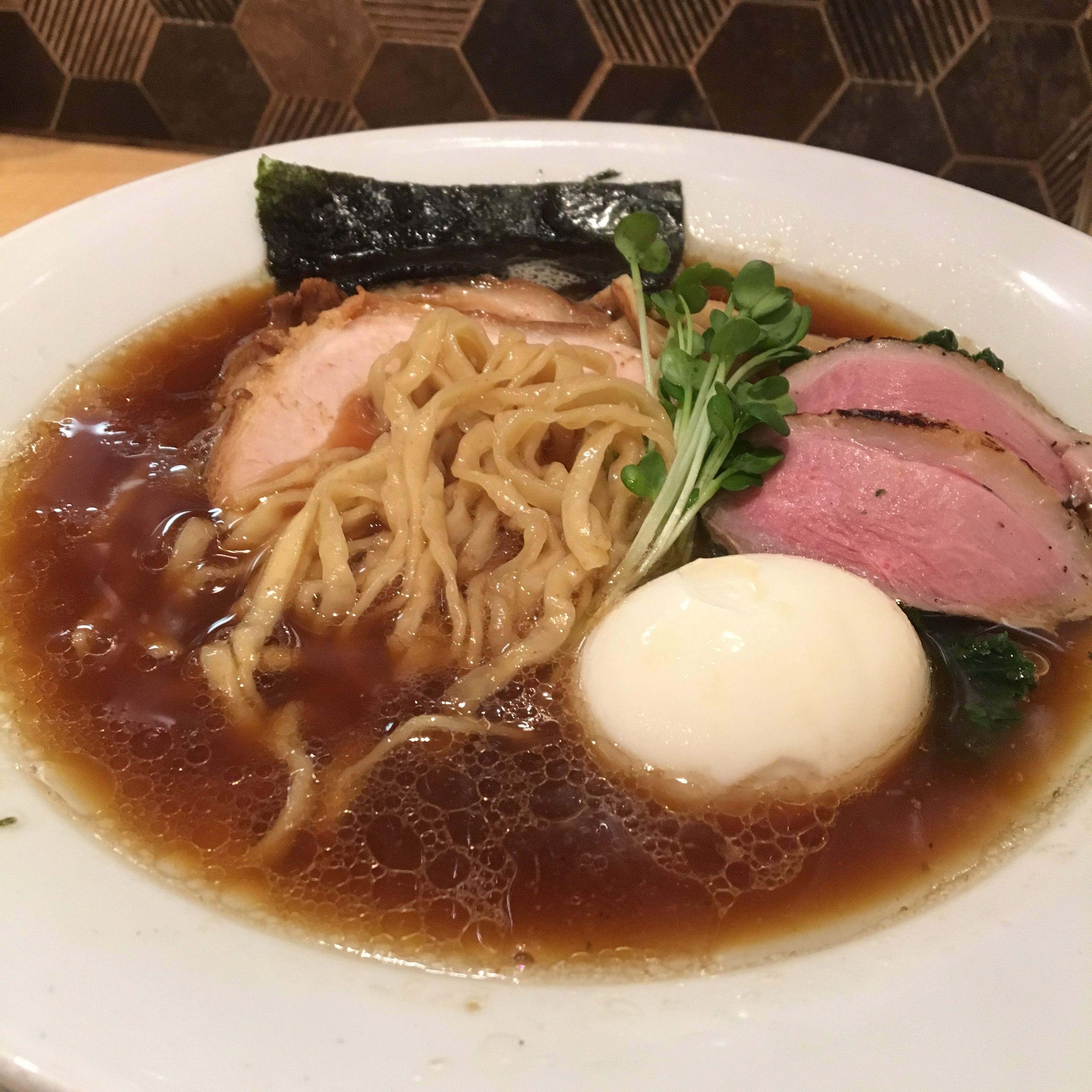 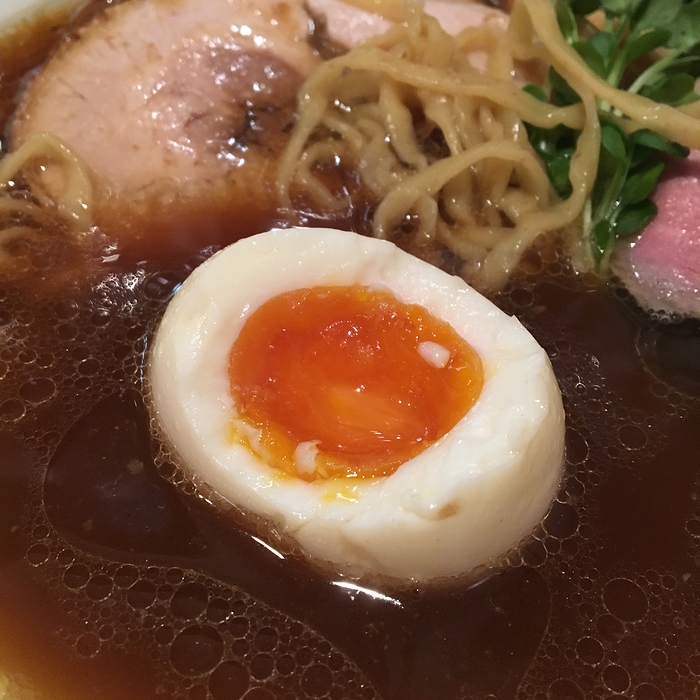