Tastes a lot better than it looks

hmm…ramen broth over fries instead of noodles…interesting concept… tori poutine, anybody? 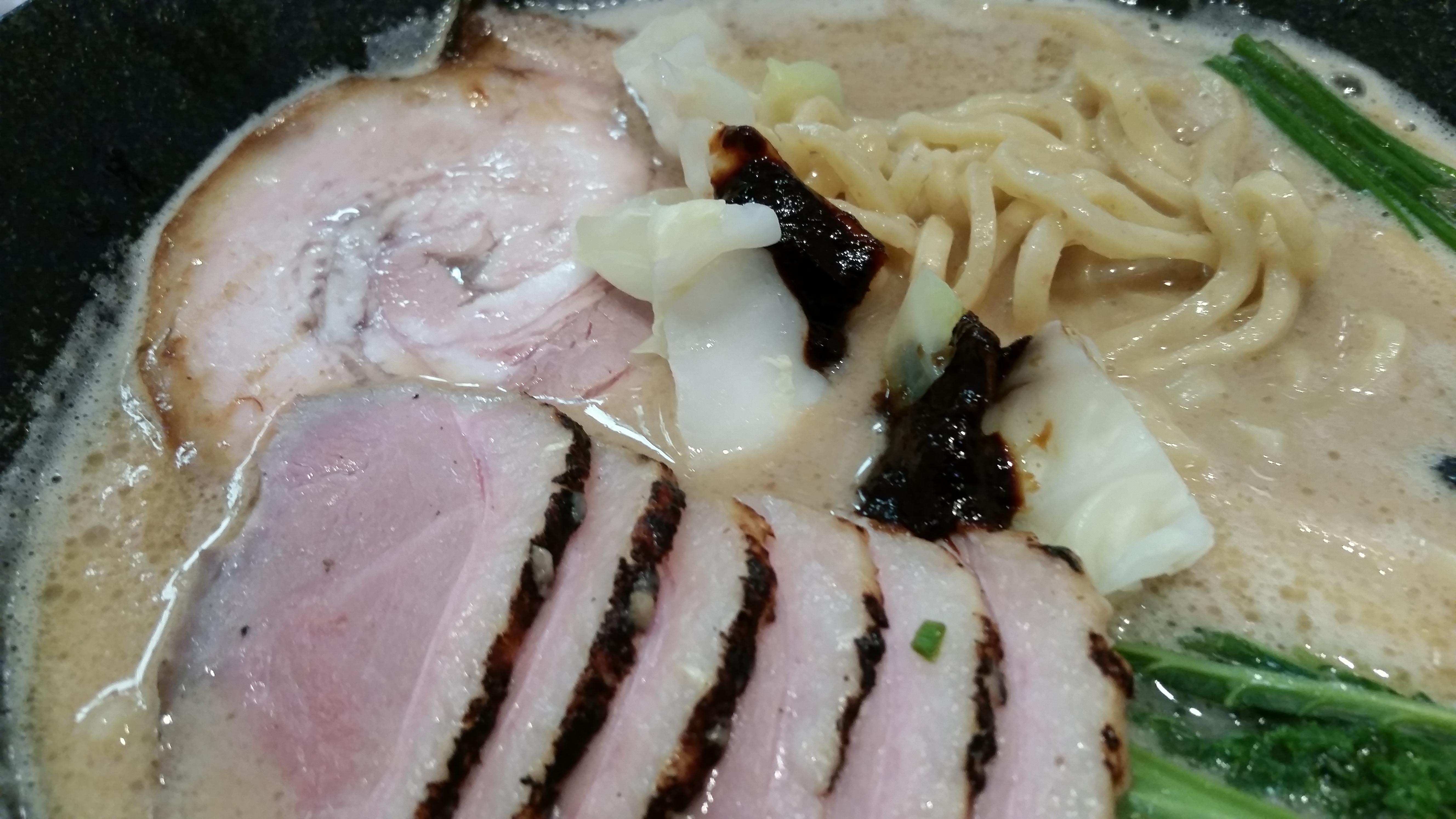 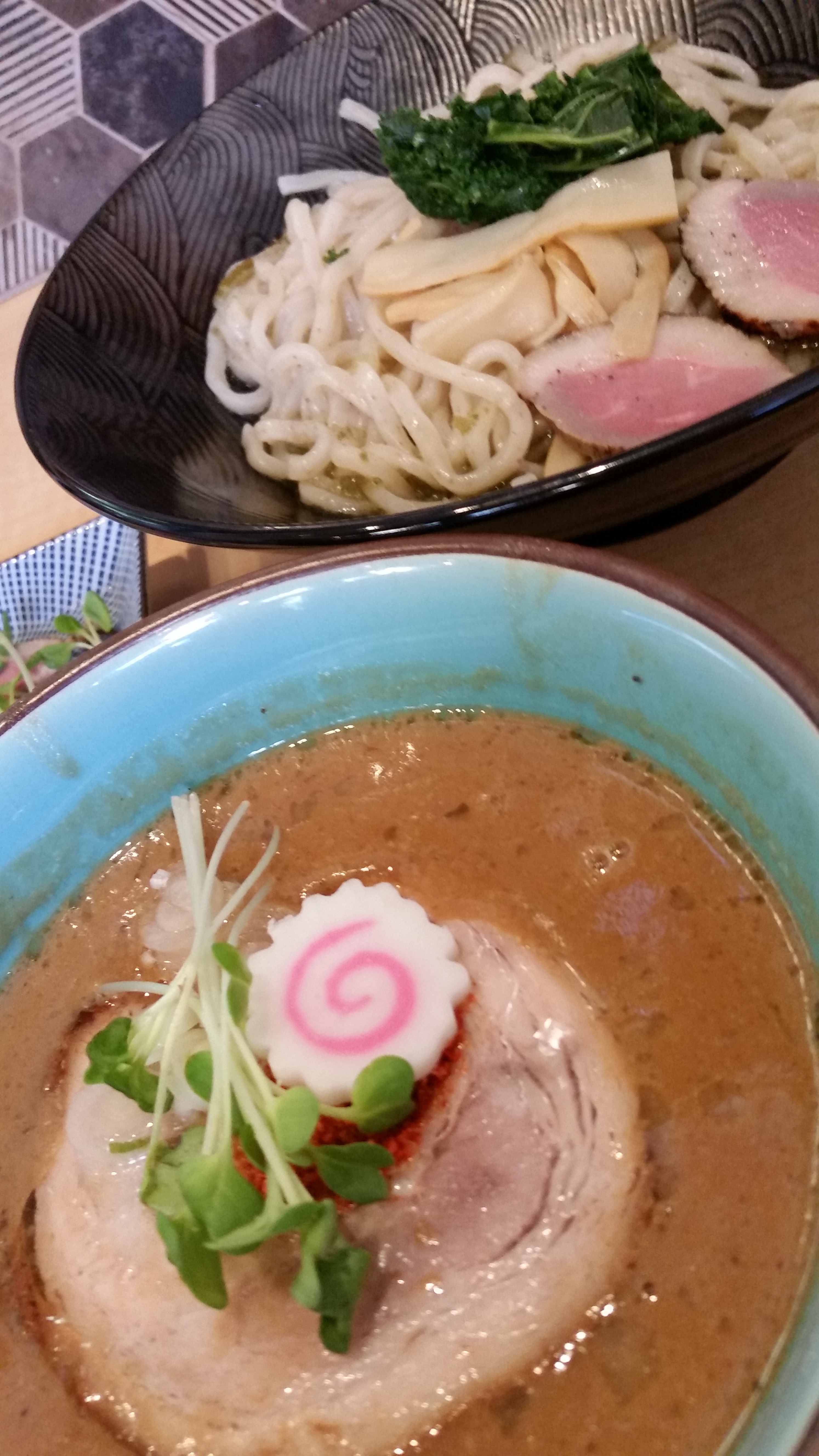 How does this compare to the other kinds? Was it fishy? What time did you arrive to be able to get one of the 30 bowls?

Not fishy at all although they said it had katsuobushi in it. A bit salty but I enjoyed the mix of cold and hot. Not as chalky as the tori paitan, nor as aromatic as the tantanmen. No noticeable heat although you can see a bit of togarashi on top. They went down the line of people before opening and asked who wanted an order. With 28 seats, you would probably want to get there at least 20 minutes before 5pm opening to be safe. I wanted to take my leftover broth (which was a lot) to go but they have no takeout setup, maybe next time I’ll bring my own small Tupperware

I can’t wait for the tsukemen; I may have to swing by Friday after work!

It’s been a full year and a half since my last bowl in Tokyo!!

order 2 orders and bring your tupperware!

How are the lines these days?

About two months ago at about 9 pm I waited roughly twenty minutes with a friend. We made friends with some traveling salary men and the wait went very quickly. I went back a couple weeks ago shortly after 5 and was seated immediately as a solo diner at their four person counter. But the line had grown considerably when I left.

Show up within 30 minutes of opening during the week and there’s usually a very short wait. I’ve been every other week for the past couple of months and I rarely wait more than 15 minutes in line, if that long. I love their tsukemen!

new item for me: spicy miso ground lamb ramen. If you like cumin lamb you will probably like this.

Finally got around to trying Mensho. I got there a few minutes before they opened on a Saturday evening, and the line was already down the block. While walking by the front I overheard them doing a pre-opening cheer that was kind of amusing, they do that at Hinodeya in Japantown as well.

It took me about an hour to get in. I had the regular tori paitan ramen ($16) which I believe is their signature bowl. Two slices of duck breast were nice, cooked perfectly medium rare. Lone piece of chashu was good and tender, pretty big slice. The pale, slightly frothy broth was chicken-y and very thick and unctuous, it coated your lips after each sip. Good but it seemed like it was missing something though. Maybe MSG. Or salt. I should have tried grinding a little of the pink salt they have on the tables into it. Noodles were very good, chewy and slightly crinkled. No egg with the tori paitan. A little bit of cabbage. The dab of hot sauce was a little smoky, tasted kind of like chipotle. Also had some crunchy menma and thin slices of burdock, as well as some kale that I thought was kind of out of place.

I don’t think I’d wait an hour in line for the tori paitan again but am interested in trying their tsukemen. 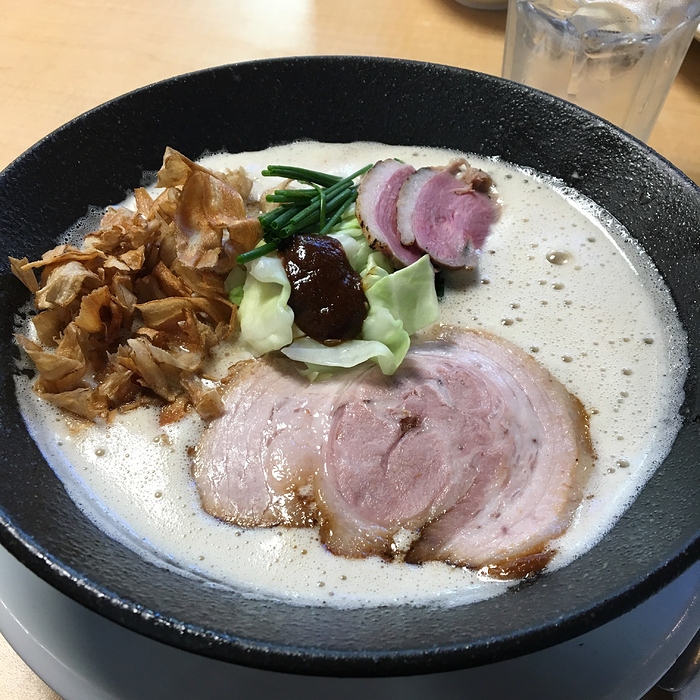 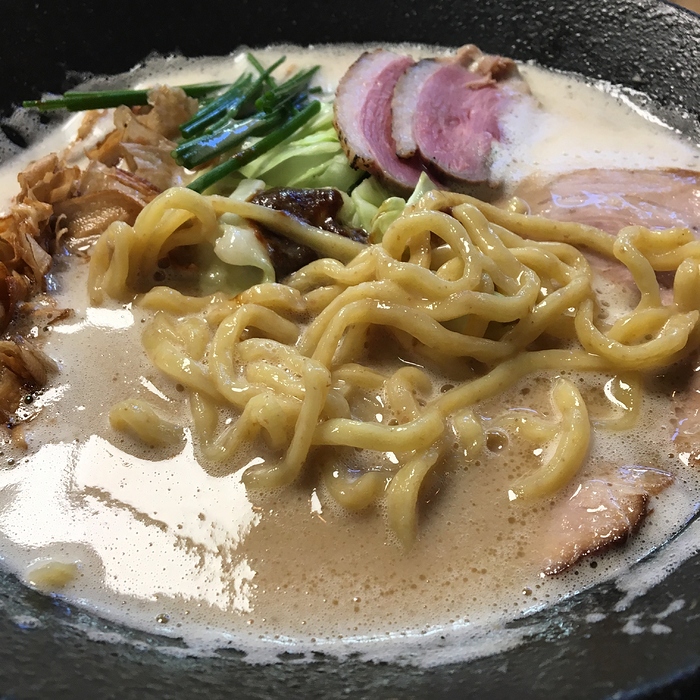 Also had their oyster appetizer, Oysters in Shoyu Dare Oil ($5) which tasted a bit like canned smoked oysters. 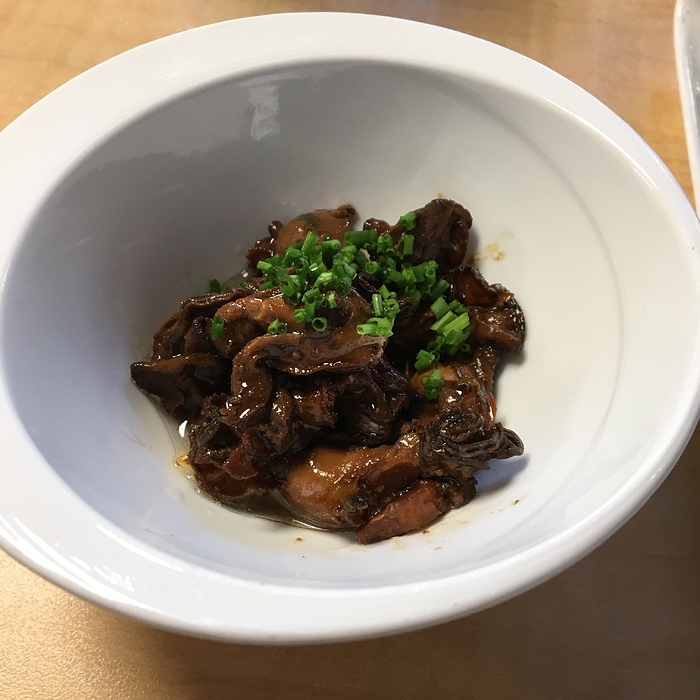 It looks like there isn’t an option to add an egg. Is that right? I’m no ramen expert, but the egg is really one of my favorite parts of a bowl of ramen. I love the egg at Himawari in San Mateo. And also at Waraku in SF Japantown

It looks like there isn’t an option to add an egg. Is that right? I’m no ramen expert, but the egg is really one of my favorite parts of a bowl of ramen. I love the egg at Himawari in San Mateo. And also at Waraku in SF Japantown

I believe you can add an egg if yelp is to be believed, there was an add-on section of the menu but I didn’t get a pic.

Yes, you can add an egg now (as long as they don’t run out): 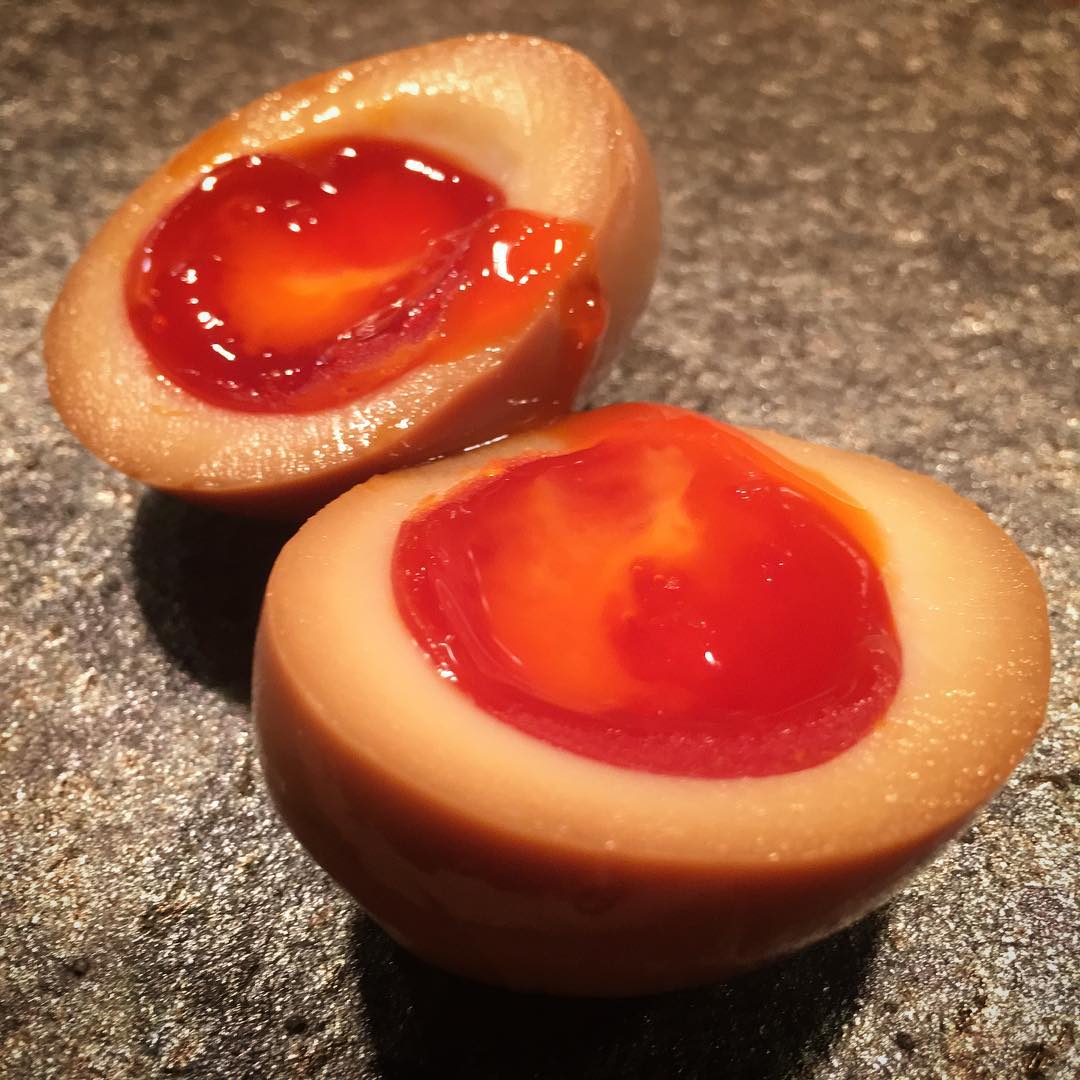 I checked out the line at Mensho on a Sunday night around 9pm and it wasn’t super long (didn’t extend past the restaurant), so I got in line for another bowl. Still took about 30 minutes to get in though.

I had the enoki mushroom chips ($6) appetizer and the spicy lamb chashu ramen ($18), which was a lot of food.

The enoki mushroom chips were quite a large portion and are probably meant for sharing. They were basically tempura battered and fried enoki mushrooms. They are served with a small container of what looked like shichimi and a lemon wedge. Well fried - crispy and not overly greasy. The mushrooms were in large chunks but the individual enoki stalks were not too glommed together.

The spicy lamb chashu ramen was texturally like the tori paitan I had previously, very rich and thick broth, and with the same noodles. Came with some nice pieces of chashu, finely diced red onion, chives, scallions, and some menma. No egg. The menu description said it had some ground lamb meat as well but I didn’t really see any. Maybe it was very finely ground. Broth is miso based with good lamb flavor, had some red oil on top, and also tasted a bit of cumin as mentioned above. Had a little bit of heat but not much. It was good but a little too rich and heavy for me. I had the feeling that if I left the broth out in room temperature for awhile it would probably congeal into a solid block. The large enoki appetizer I had admittedly may have amplified the feeling of heaviness. I think next time I will try one of their lighter bowls, like their shoyu or maybe their shio. 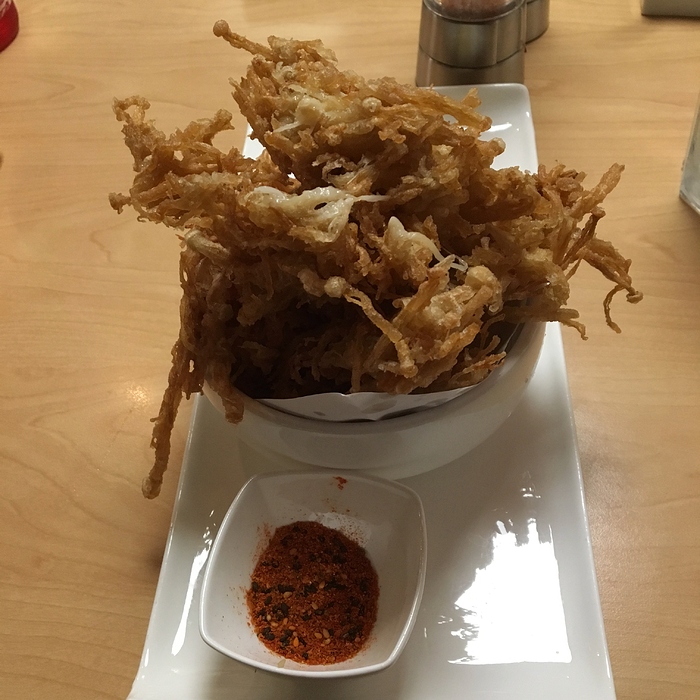 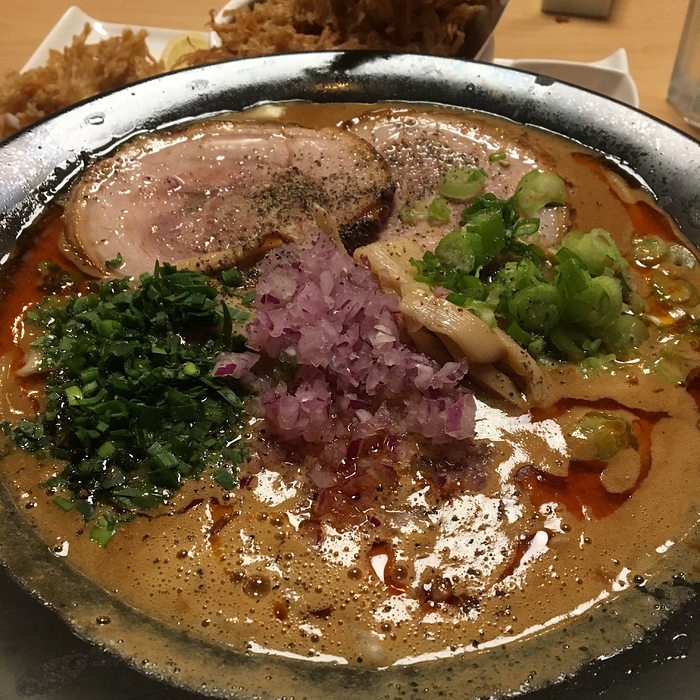 This dish has to be the Japanese contender on those chain restaurant calorie bomb dish list. Look at that layer of oil!