I’m Jewish, and I’m not familiar with this British pickle brand, but I thought the article was interesting. 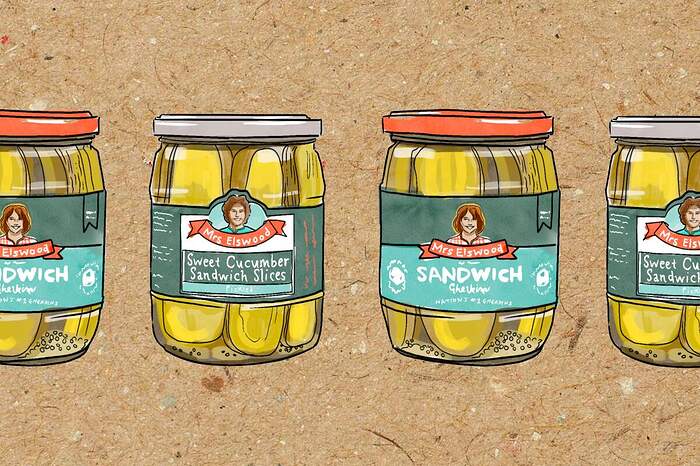 Mrs Elswood is a beloved British gherkin brand. (That might be pickle to you, but to us, it’s gherkin, always.) In a land where nearly all Jew food has to be sought out, there are 5.5 million Mrs Elswood jars sold nationally every year, and a jar of...

Have to say, I’ve never particularly thought of it as a Jewish product. As the article points out, there are relatively few Jewish people in the UK and traditional Jewish foods have had no real impact on British cuisine. Yes, there’s a kosher section in the supermarket , right next to the halal section. It isnt where you’ll find Mrs E - that’s near the ketchup, chutney and piccalili. I live in an area where quite a few neighbours are Jewish - but then there is a synagogue literally round the corner from my house. They represent about 6% of the local population (national numbers are only 0.5% of the population).