[Mountain View] The Milk Pail Market is closing after 45 years

The latest victim of the booming development craze/ tech bubble is the charming little grocery/ cheese store The Milk Pail Market in Mountain View. With the new mixed use development that went up all around it in the last few years, Milk Pail valiantly soldiered on in its owned land and with the help of a community outcry in the city hall meeting on development. Alas, business was down significantly in the last couple of years, and the owner finally accepted the buyout. I guess with the economy this good, people didn’t blink an eye going to Whole Foods instead of Milk Pail.

Last day is 6/30. Farewell party this Saturday. Go while you still can.

The new mixed use complex in the back that finally finished Milk Pail: 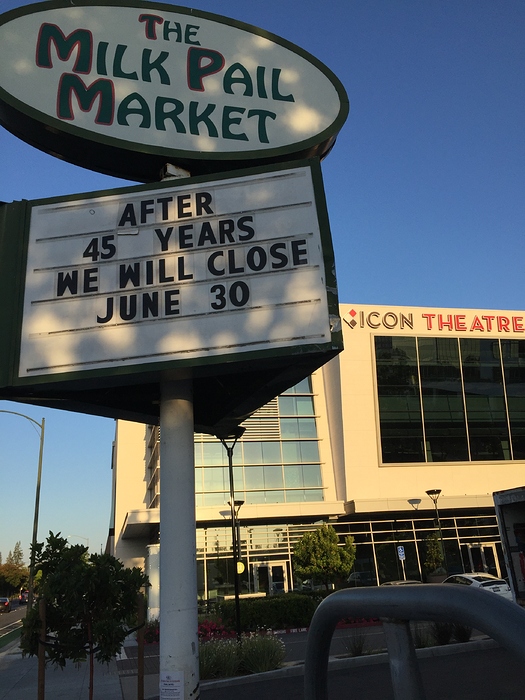 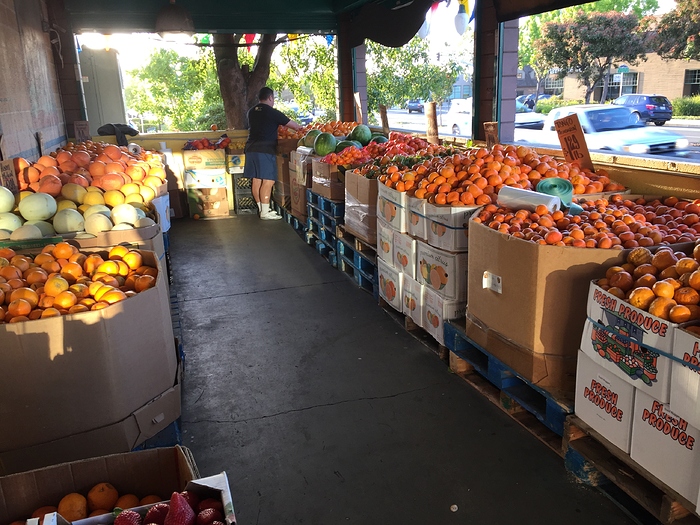 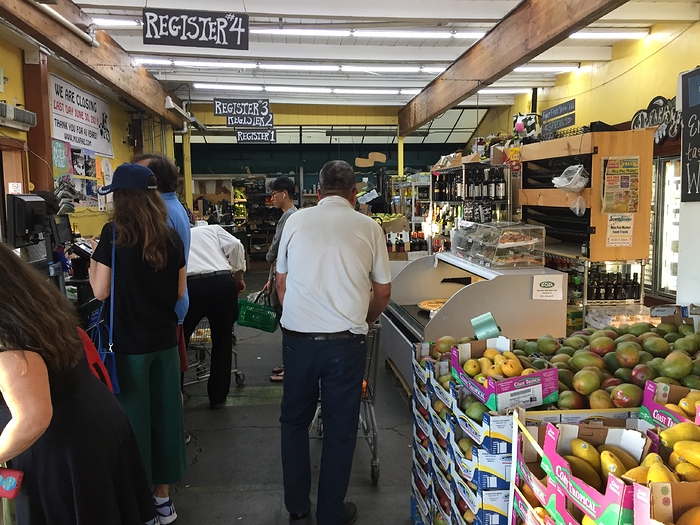 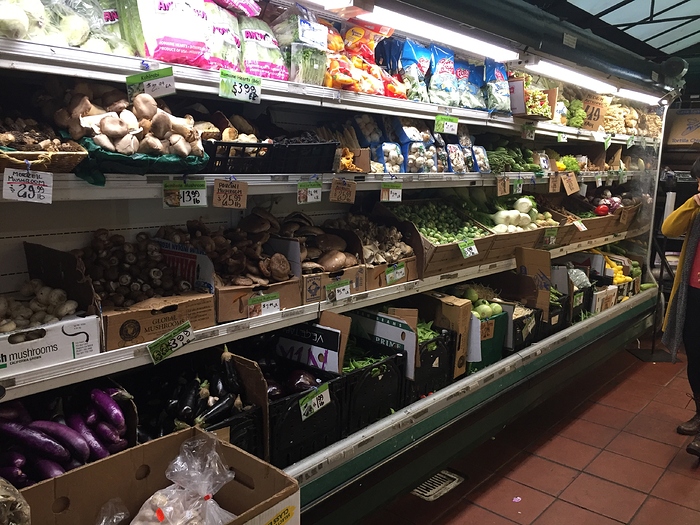 Details of the farewell party on the poster below: 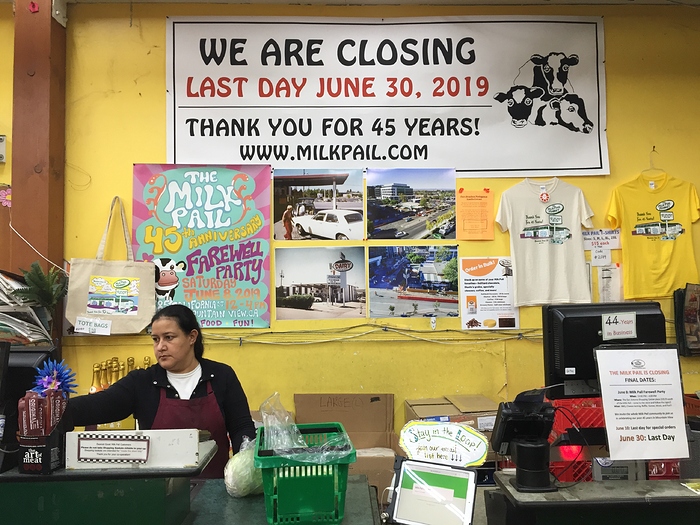 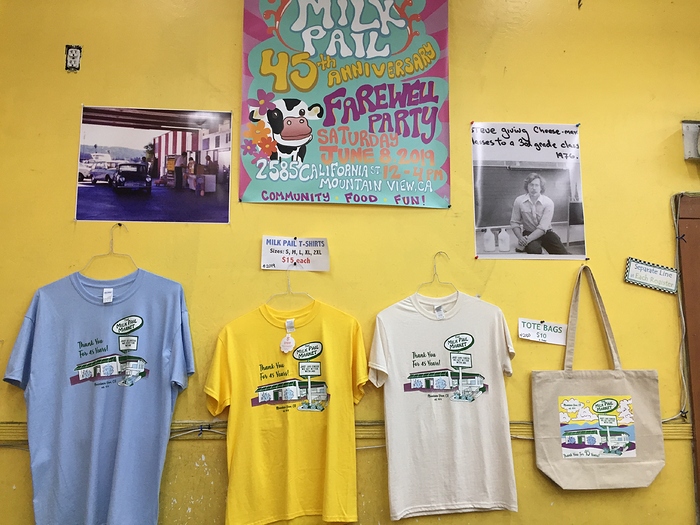 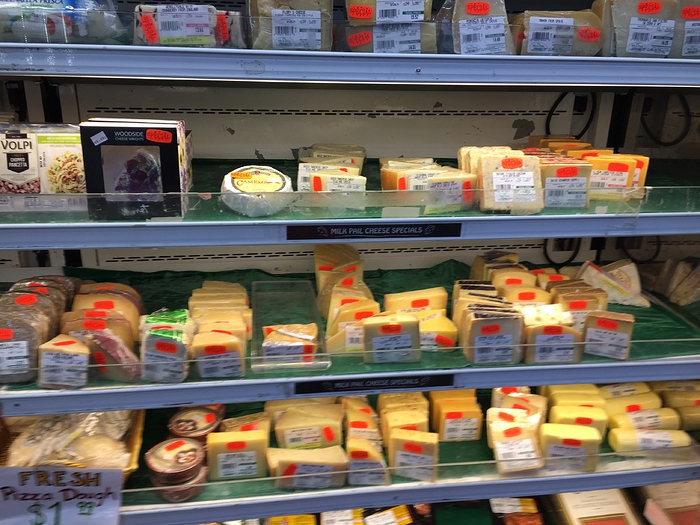 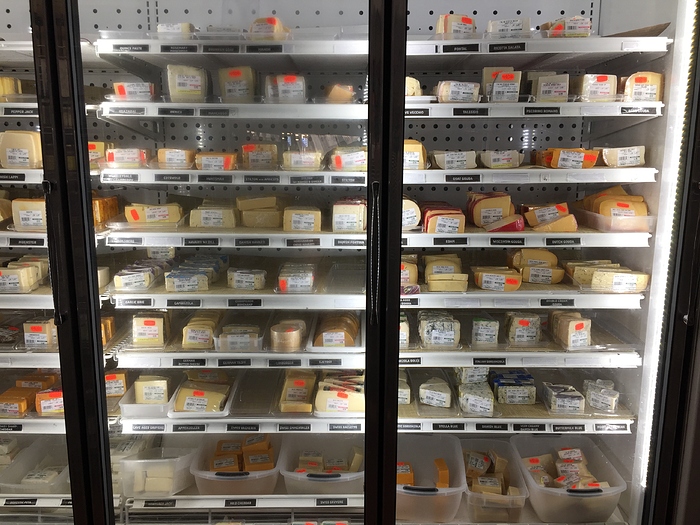 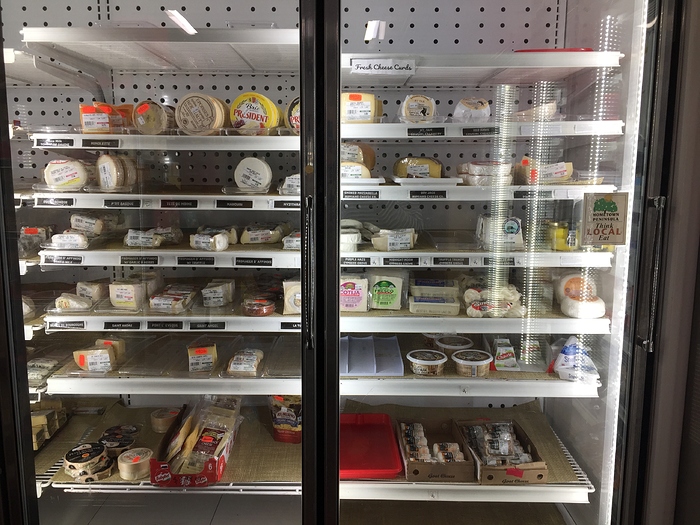 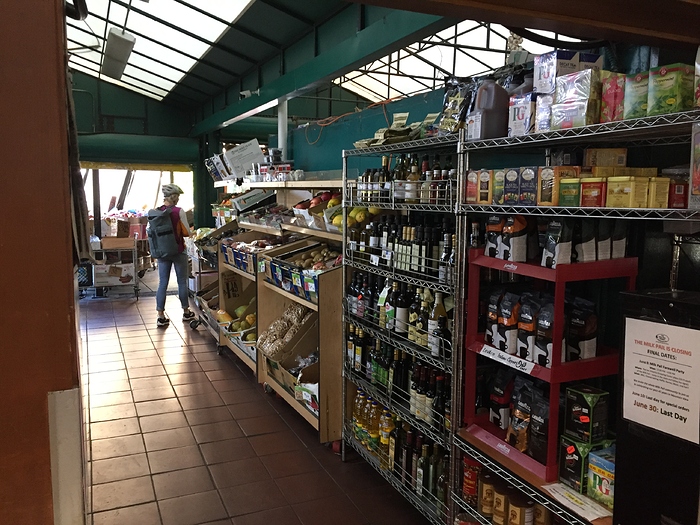 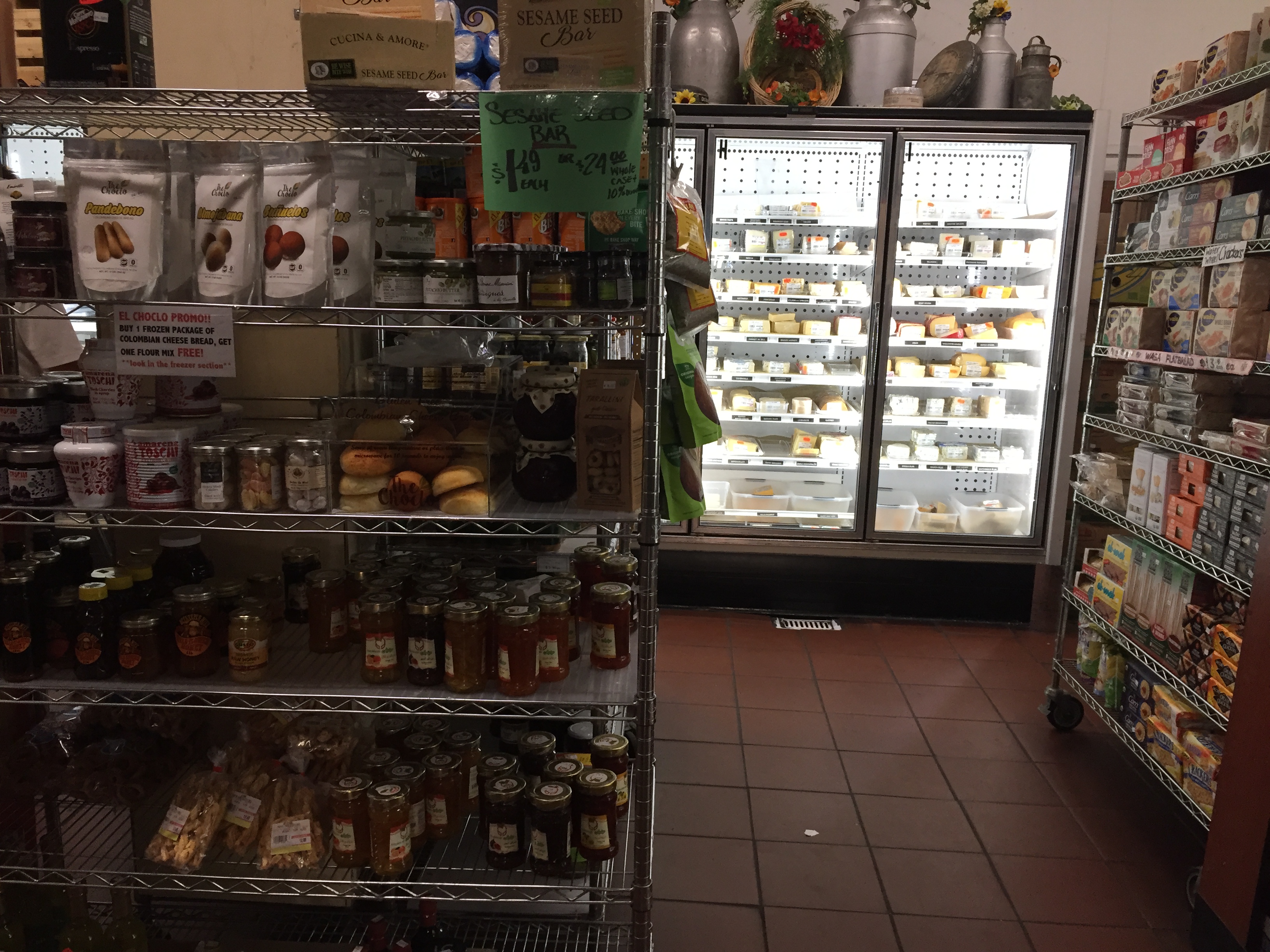 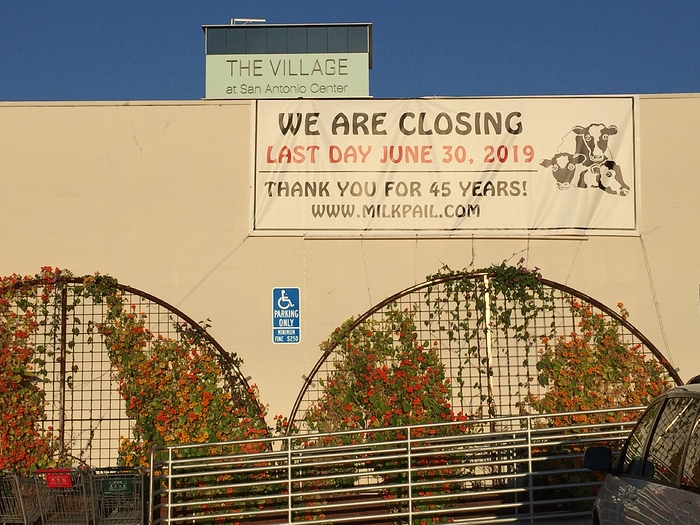 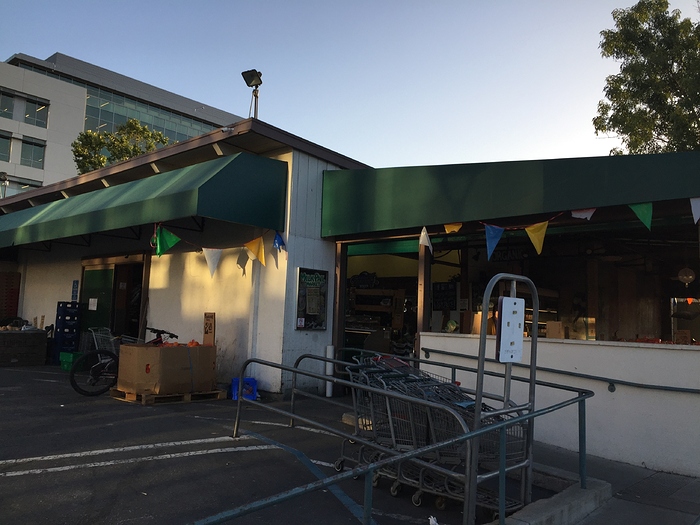 That reminds me I need to go get some of those frozen croissants before they close.

On a side note, I sure hope that Dittmer’s can hang on. If they have trouble like Milk Pail, I don’t know if I can handle the double blow.

It’s always a shame when beloved institutions like this shutter, but Rasmussen’s own stubbornness and decades of NIMBY land use policy are as much to blame as the easy scapegoats of Merlone Geier and techies. What was MV supposed to do, just never allow anyone to ever build anything in the guy’s vicinity and also guarantee him parking in perpetuity on land he didn’t even own?

Oh I don’t worry too much about Rasmussen. I am sure he got a buy-out that is just fine. Whether that’s more than or less than the original proposal from Geier- that’s the question.

Please do tell about the story on Rasmussen’s stubbornness. You meant he didn’t sell at first?

Right, from what I can tell, if he was in it to keep Milk Pail in business, he could have bitten the bullet, sold earlier (before nearby construction and expiration of parking agreements posed serious risks to the health of his business), and found another site for the market. He didn’t do that, claiming the costs of moving were too high. (Perhaps they were, but I have my doubts, considering the windfall he could have made from selling.)

As one of the commenters in the MV Voice thread puts it, development and healthy local businesses are hardly inherently incompatible - it’s just that bad policy means there’s a shortage of commercial spaces, leading prices to

To everyone trying to blame this on high density construction: have you ever been to NYC? There are unique local shops on every block of every corner. The trick is to actually build when there’s demand and have mixed use buildings, residential on top, businesses on the ground floor. When you fight all construction and let nothing get built then there’s nowhere for those local businesses to move to and they get pushed out.

If I am to guess, Rasmussen would probably like to keep going if the business is viable. I don’t shop at Milk Pail regularly enough to tell if business is down significantly. Though it does feel a little bit that way when he brought up the reason he’s closing, because it used to be quite crowded. But the death of his son-in-law and Milk Pail’s manager a few years back might mean he has taken on more than he wants to on the day-to-day operations. So when business is down and the offer is right, he’d be inclined to just take the cash and retire on a beach somewhere.

I think rent everywhere has risen substantially in the last 5-10 years. He probably thinks that he can’t keep the current pricing if he’s to pay rent somewhere. Perhaps he should tell the College Terrace Market developers in PA to just give him the space for a nominal rent so the developers avoid paying fine and he can continue running if Khoury ever decides to quit. (But the location of that space sucks, of course)

Seriously though, I think if we are in the recession right now there’d be a lot more people shopping at Milk Pail. But changing demographics may also mean a newer generation of techies may not even be aware of the existence of Milk Pail. Or because Target nearby has groceries now is a reason. (Not sure if Walmart does). Or the popularity of farmers’ markets.

COVID-19 manages to kill many businesses. But it resurrects one. Milk Pail is reopening as a drive-thru grocer. 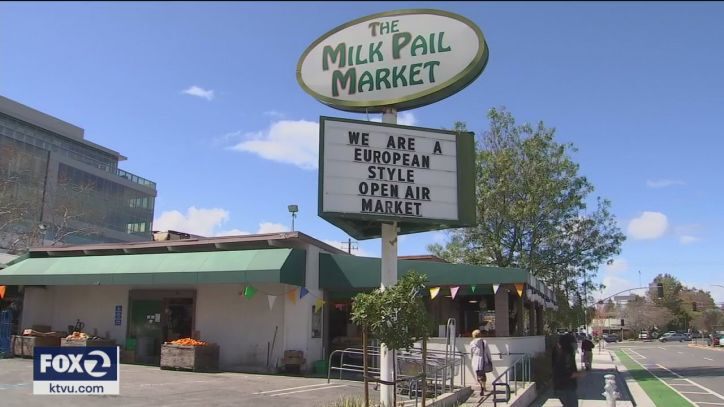 For all the small businesses coronavirus has killed, it managed to resurrect one too.

and pick up here on Fridays and Saturdays:

A welcome piece of comfort. Am hoping for the best.

The small town I grew up in New Jersey had (and I think still has) a tiny drive-through grocery tied in with the local dairy, Welsh Farms. We always bought milk there, and seasonal varieties of their ice cream (like peach).