Following a tip from @psbanerjee on Everest Cuisine, I went there and grabbed a takeout Thalapa Kattu goat biryani. I asked them why they called the dish thalapakattu, and the server replied that its from a region in South India. I always thought thalapakattu just means turban in Tamil. But if its a region, it sure is far from the Everest. The whole menu has a small Nepalese section with momos and some Indo-Chinse items like chow mein and fried rice.

But that Thalapakattu biryani was very good. The basmati itself was fragrant and delicious, but the best part was the mirchi ka salan. Its one of the few biryani gravy that absolutely complemented the biryani itself and created a much tastier dish combined. Its addictive. The raita on the hand, was a bit bland. 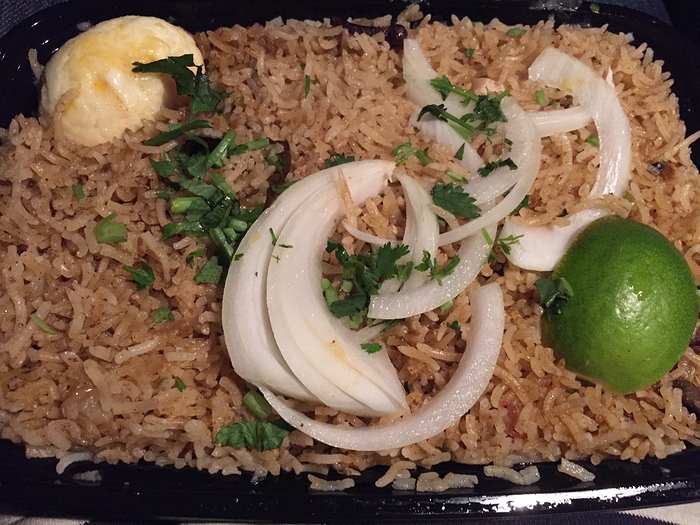 What else is good on the menu? 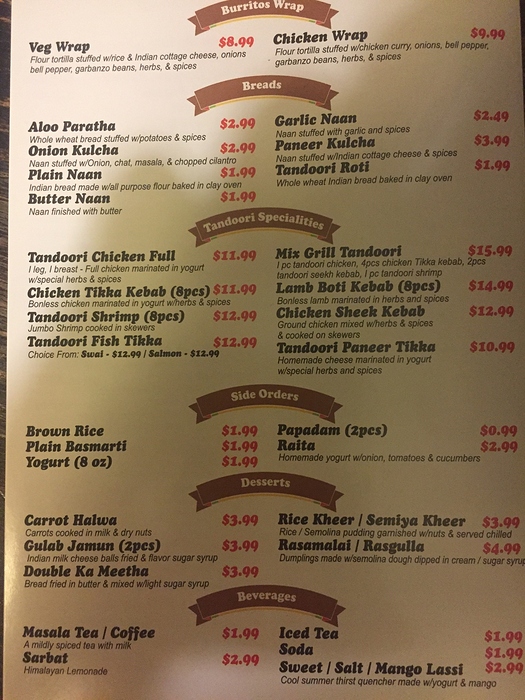 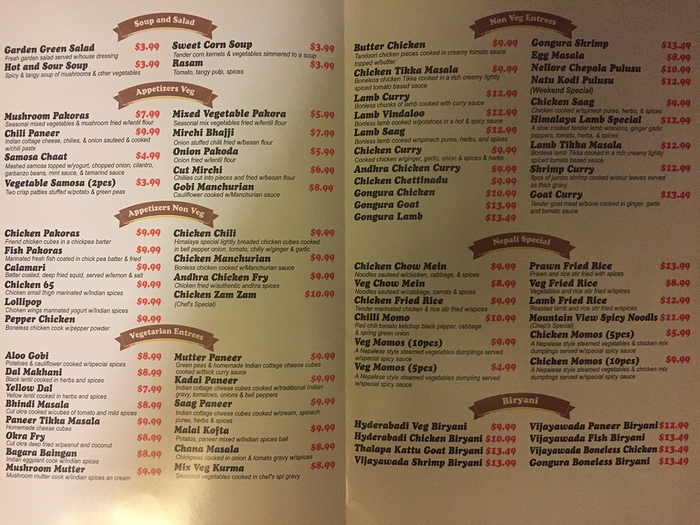 Nice report. Thank you for including the menu photos.

A good biryani other than the Thalapakattu biryani from Everest Cuisine in Mountain View- the Hyderabad biryani. Well-balanced and aromatic spices, good rice texture and flavorful and tender meat. 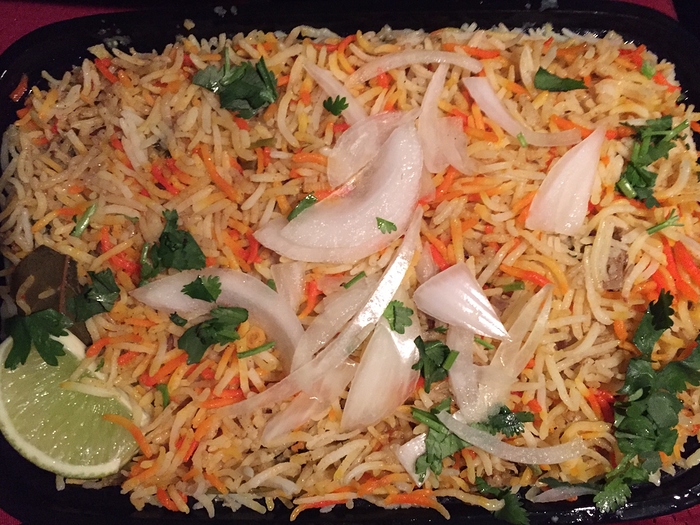 The vijayawada biryani was saucy and spicy. Bhindi was okay.