Most Interesting Potluck Or Community Food Gathering, And Why?

Just wondering what our most interesting potlucks or community food events were that we’ve ever attended anywhere, and why? I’ll be happy to share mine later. Let’s hear it!

Ok, looks like I’ll have to start, and will.

University of Fairbanks, Alaska, 2010. Niece was graduating with a minor in Alaskan Native Arts, and their department had a party to display the artwork, as well as a potluck lunch. They found some tribal elders to provide the main dishes to include: muk tuk (skin on whale blubber), home canned seal, herring roe (looked like a type of seaweed at first glance). There was a dish with cooked halibut, and smashed up berries. Also, seal oil. For dessert, if memory serves were regular brownies, and maybe a cake mix cake or two. Late mother and H tried the whale and the seal, along with everything else. With the whale, they had to keep chewing and chewing until they could swallow, and their eyes kept getting bigger. Just couldn’t bring myself to try either seal, or whale, but I tried the rest. I didn’t like anything but the brownies, but it was interesting. The art was very cool as well. It gave me a lot of respect for people that have to survive in amazingly harsh climates.

My parents used to host an “ethnic dinner” every year, asking everyone to bring a dish from their ethnic background. Or someone else’s - they weren’t too strict about it. That was always pretty interesting.

I’m a member of the Well, an online conferencing system that goes back over 35 years (I joined 32 years ago). We used to have big food-related events several times a year.

Membership in the Well has decreased quite a bit, and we’re all older and crankier, so we don’t have so many anymore.

On tour most of us have been fed by bandmates who fancy themselves decent cooks. Some are. Potlucks and tent dining very common. Over the years, a few writers with inside access and fast fingers have compiled cookbooks and recipe files published and now found on ebay and remainder bins. Rubbish to the diehard chef; good times for those who sat at the table. Here’s an oldie but goodie example. 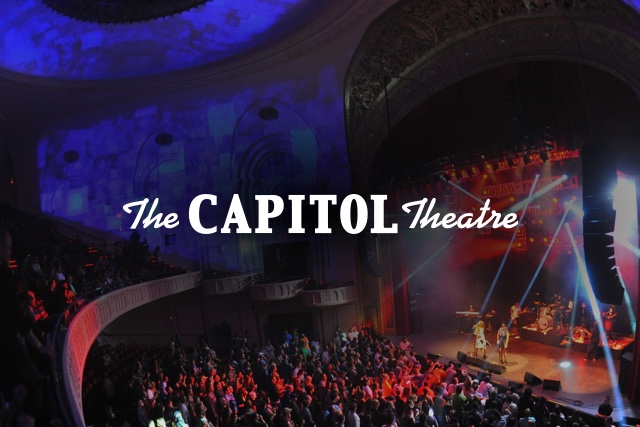 This Thanksgiving, we're taking a culinary trip through the kitchens of legends like Eric Clapton, Phil Lesh, and Buddy Guy. Give

Some of the best rock stories are told breaking bread.

Ooh, so excited to read about this @Rooster! Thanks!

Cruisers’ beach potlucks. Anchored off a beach and make a call on the marine VHF radio to announce a potluck on the beach. Organization happens in the background that includes everything from charcoal braziers to portable gas burners. The dinghies start running in and someone rigs a line to tie to from the tree line.

We even have a song https://www.youtube.com/watch?v=BnK4rhnPQJk

Sounds too fun @Auspicious, did anyone put down a few Red Stripes or Rhum?

I’ve got a few more potluck/community food stories to share, and will.

I belonged to a nationwide Good Eats fan club. We came from all over the US to have a potluck in Atlanta. We had everything from a pitmaster who trailered their rig to home made banana pudding. Of course we all were trying to out do each other. The best meal I’ve EVER HAD and the best company.

I was in a grad programme with students from around 12 countries, and I hosted a potluck in my tiny apt.
The French made profiteroles, a Brit brought Scottish smoked salmon, a Mexican woman brought guacamole and special pralines, a Belgian couple brought chocolate. A Texan brought queso made with Rotel tomatoes, and a lady from NY state brought a huge aluminum pan full of Kraft Mac & Cheese topped with toasted buttered breadcrumbs. I can’t remember what I made lol. I think marinated mushrooms, but can’t remember making a typical Canadian dish.

I also take part in a ski trip with an Friulian Italian club, and we have a massive potluck, with porchetta and a dozen Friulian dishes, polenta, sometimes lasagna, sometimes pheasant . Platters of sweets like crostoli (Angel’s wings/bowties), torrone, biscotti. 4 guys from Abruzzi make pasta aglio e olio. Random non Italian guests might add something like wings. It’s my favorite potluck. I bring an arugula salad or roasted beets to balance out all the meat and starch.