Most Expensive Restaurants in New Jersey

23 a longtime favorite of mine 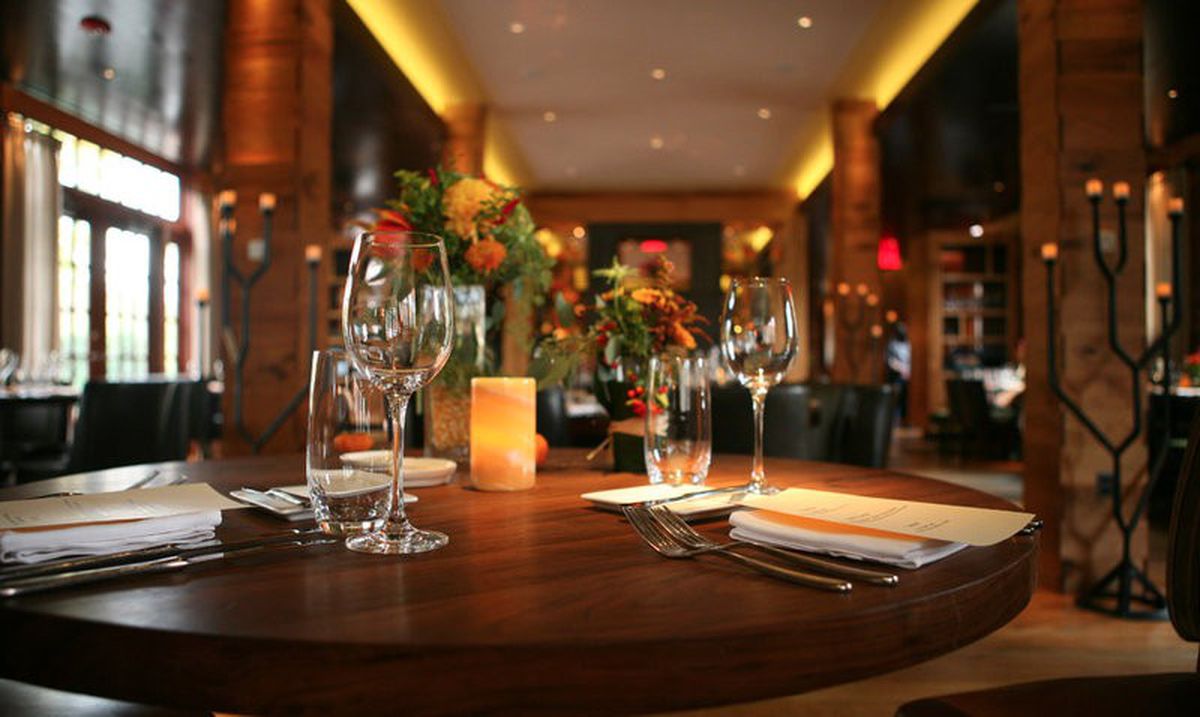 The 25 most expensive restaurants in N.J.

Break out the wallet and grab a table at the most exclusive spots in the Garden State.

We need to hang out more often, Jr.

I’ve got not problem admitting that I’ve only been to 3-4 of them (Serenade being the best of that list, imo); I don’t work in a business where we wine/dine each other or clients, most of my friends don’t care about food the way I do, and frankly, it takes a VERY good restaurant for me to (somewhat) happily pay those prices. I do call BS on 3 (?) Palm listings, though…

I’ve been to at least half if not more of these place, although with the caveat I haven’t been to all of the Jersey locations. IL Mulino (huge disappointment), The Palm I have only been to the original NY locations not their AC counterparts.

Interesting. I guess the Manor is still around. Is that the place that did a brunch buffet back in the late 70’s? My dad was a dentist and one of his patientswas the owner of Chez Catherine. Don’t know if the owner is the same. See, I’ve been to Jersey. Even lived there for a while!

I’m not 100% sure about the brunch however The Manor was around since the 70’s. They had my grandparents anniversary party there in 1976 so I know they were doing business back then. They have also been doing a Friday night lobster/seafood buffet for as long as I can remember as well. This was one of my mothers favorite restaurants I’ve been meaning to go back one night in mom’s memory.

So the only big surprise for me is that the Frog & Peach is missing. Their regular tasting menu is $64 so it would seem to be ahead of a lot of the places on the list. Also, I’m pretty sure Char is up there for the axe handle rib eye unless you get them for free like CJ.

So who compiles these lists? I continue to suspect that commercial consideration is involved.

Otherwise lots of places up north and in AC, which again isn’t too surprising.

The other interesting thing about this list is that expense does not necessarily mean better food. I’ve been to maybe half of these places and not all of them are good. For example I am not a big fan of the sous vide technique employed at Nikolas, and the last meal the wife and I had at Raven and Peach was just awful. Highlawn Pavilion has a great view and an awesome wine list, but the food is just ok and very expensive. Rats was good two or three chefs ago, but the last time I went it was stretching and not successfully. But again it’s great venue with the sculpture garden.

By the way I would say IMO that the Frog & Peach in New Brunswick is consistently the best restaurant in New Jersey, but again I haven’t been to all the places up north or in Atlantic City.

Surprised to hear you say that about the Raven and Peach, I love that place however over the years they’ve had some ups and downs.

I’m anxiously awaiting the opening of their new location in Holmdel; The Polo Club coming soon.

Surprised to hear you say that about the Raven and Peach

Well it was restaurant week at R & P, but they did not do very well.

My beef tartare came premixed and did not taste fresh, it actually had kind of a moldy after taste. They also put a smudgy thick brown balsamic reduction on the wife’s perfectly gorgeous diver scallops, such a terrible pairing you had to wonder what the chef was smoking when they came up with that. Yuck. The mains were ok, but the dessert was a pineapple something and some pumpkin gelato that were both basically inedible. Again, Yuck !! We left them on the plate. There’s a full review on the other site.

The other diners that night (there was only one table of six) were mostly ordering big steaks, they seemed happier.

Also, in my book fine dining does not include cheesy place mats, and the glass ware was filthy, filthy. Actually had old lip stick stains on it. Again, Yuck, Yuck, Yuck !!! You know me and clean by now. So disrespectful. And dangerous.

I guess they keep it dark for good reason.

Hey how did Fromagerie not make the list. I guess they closed, but that’s no reason to leave them off.

Again, who compiles these lists?

I went to high school with kids whose family owned the manor. The amount of money they had was insane. I can’t even fathom how a restaurant could have made so much $.

Well the money is better in the banquet vs. ala carte side of the business and they are probably one of the busiest banquet facilities in the state. (busiest and most expensive)

You know now that you mention it, the only time I’ve been to the Manor is for corporate events.

They have a lot of exotic drink stations and heavy whores d’ovaries for these things. Food was ok, but not so good that I have hustled back there to eat a la carte.

I bet they also really clean up on weddings. The same food that costs maybe $ 100 a la carte goes for $ 250 a place setting at a wedding.

Apparently I have a new favorite word now.

Apparently I have a new favorite word now.

What do you know about The Polo Club? I am assuming that is the spot on 34? I was watching them work on it all summer. Any news on when it will be opened?

Agreed on the ups and downs for Raven. I love the look but the food has been mostly misses the last few times…

Whatever I know I’m sure can be discovered via a few google searches so here you go. The Polo Club is to be opened on 34 in Homldel just north of 520 on the south bound side of 34. The physical location use to be Remingtons which closed 20+ years ago and has sat empty and in somewhat disrepair since that time. The owner Richard is the owner of the Raven and Peach and is a real estate developer by trade, restaurateur by choice. I do now know what the “theme” of The Polo Club is going to be, he is actually being forced to re-open the location by the township who was threatening to revoke the liquor license he has held and done nothing with for all these years.

Regarding the Raven, I have been going there since I moved to this area 20+ years ago. back then it was truly an exceptional restaurant. I guess my memories and fondness of them help to favorably taint my impression of the place today. For the last 10 years the consistency has been a big problem, Richard really needs to bring in a strong FOH manager and relinquish the tight reigns he holds on it, over delegating many things to glorified hostess / managers. Since launching the steakhouse menu that has been my go-to choice when dining there. The steaks while only CAB are very good and the service is still generally very good in one of the best ambiances of any restaurant in NJ, so that along with my fond memories is enough to keep me coming back.

then I went to HIgh School with you!

He is actually being forced to re-open the location by the township who was threatening to revoke the liquor license he has held and done nothing with for all these years.

Well, as long as he serves mediocre food…

I gotta say I think we will be looking at another Monmouth “success” story here !!!

It’s definitely a fringe benefit of my job but I always tell it like it is. I always review a place based on joon’s “yum factor”

Is the value there? That is the golden question.