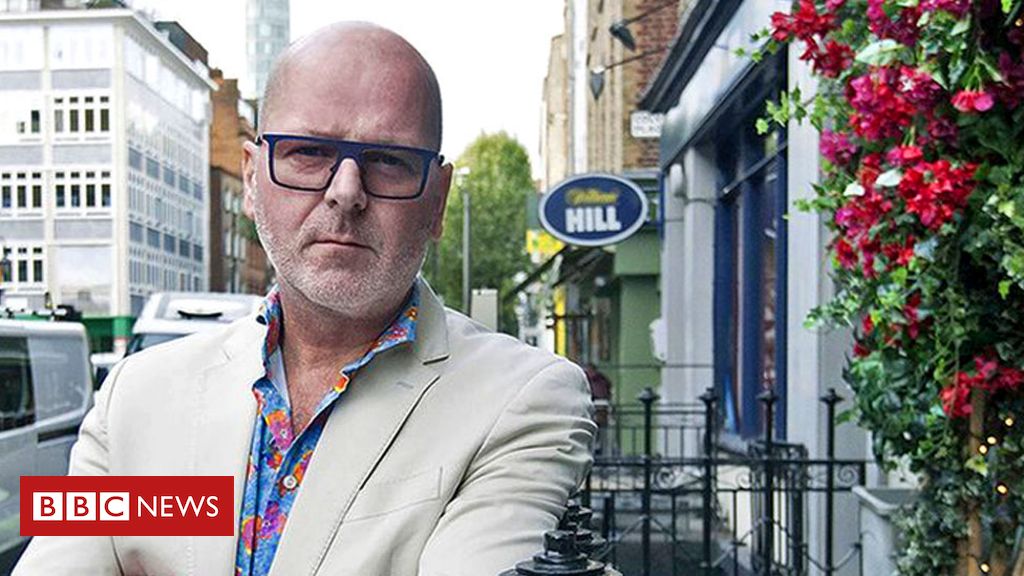 Michelin-star restaurant stops serving lunch due to lack of staff

The founder of a Michelin-star restaurant says he had to reduce opening hours to manage shortages.

I feel bad for the restaurant owners/chefs but at the same time “enjoy” it that Britain is suffering bad consequences of their unbelievable stupid decision of Brexit. I expect that their will be many more very negative consequences on the economy over the next 5-10 years.

Obviously, this is not the forum for political discussions but suffice to say that the UK divided (and remains divided) into two culture tribes, in much the same way as I believe America has done. I believe similar cultural identity divides drove Brexit and the election of Mr Trump.

That’s definitely true and similarly to the US supporters of populists having longer term negative consequences I hope the same for those in Britain. Unfortunately only in Britain I am very confident we will very obviously see these consequences (as we are already seeing it in multiple area with companies closing etc) but I am not so sure in the US.

I think Brexit is the easy target here. The hospitality industry has been on shaky ground for a long time in the Western world. Low wages, tough working conditions, poor treatment by employers and customers. Same problems here in the US with staffing. Hard to blame those on Brexit.

It is very obvious from the existing data even beyond hospitality industry that in Britain Brexit is the main reason currently in the staff shortage (and it was also predicted to be the case long before the actual Brexit). That doesn’t mean that similar shortage in other countries like the US doesn’t have much different reasons. In Britain it is not only in low paying jobs but also in higher paying ones 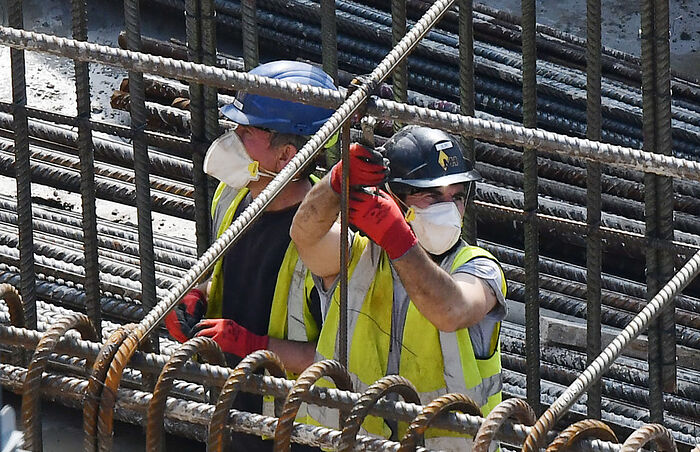 Construction industry experts warn that an exodus of skilled EU workers is increasingly leading to serious staff shortages and therefore damage the sector and delay a range of project.

What about all the Britons that were living in the EU? Wrong skills?

I know only two Britons working in the EU. Both work in education. Last time I was in touch with them, both were considering taking French citizenship.

But, yes, as honkman notes the likely problems from us losing “free movement” were highlighted long ago (during the referendum campaign). Clearly they are coming to pass. I had thought that they may have been masked by Covid issues but if industry representatives are pointing the finger at Bexit, then I’m not surprised.

Brexit has also had a similar negative impact on the significant shortages of nurses in UK hospitals. 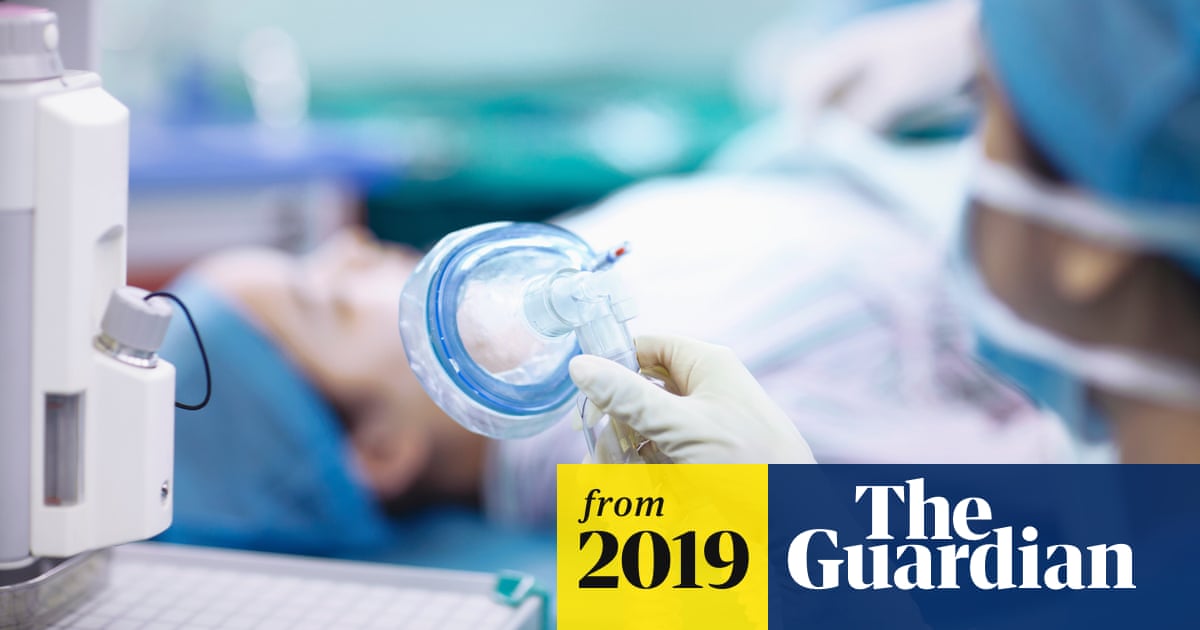 On the other side of the coin, I play on one of Tripadvisor’s Spain forums. Although they are intended for tourism discussions, there have been a number of posts from Britons who had been intending to look for work in Spain (mainly bar work) but now find that they are unable to do so, since we left the EU.

As Harters mentioned I know a few of them and a significant number of them are considering taking foreign citizenships instead of going back to the UK as they are afraid that once they go back it will be hard for them to get jobs outside of the UK (and I expect the economic impact to last for 10+ years in the UK.) It will become even more interesting once Scotland will vote again for independence (which I am quite sure will happen within the next five years) so that they can join the EU afterwards again.

Here people are watching closely how Brexit is working out. Maybe Frexit will be the next, the French are very divided and fed up of EU, there is a big possibility the populist extreme right candidate elected as next president in 2022 and their slogan is Frexit, anti-immigration…

Before Brexit a lot of the UK’s hospitality workforce was made up of workers from overseas, including from the EU, but hundreds of thousands of foreign workers have left the UK in 2020 and it is unclear whether they will return.

Have to bear in mind that in many other countries, Covid is still still serious, don’t know when the world will be “normal” again with the workers returning to work. Today I’ve heard on news that England may need yet another lockdown this winter due to Covid Delta.

Me too. The Scots voted significantly in favour of remaining in the EU and Brexit is a driving force for the independence referendum. There are similar, but much more complex, issues in Northern Ireland which I also think will a border poll (to join with the Republic) in the next ten years.

populist extreme right candidate elected as next president in 2022

I think all of us Europeans need to be concerned if Le Pen becomes president. France leaving the Union would have been greater consequences than Brexit.

France leaving the Union would have been greater consequences than Brexit.

France will try to negotiate changes in the Union, but if that doesn’t work and Frexit happens, I think EU may collapse.

I think all of us Europeans need to be concerned if Le Pen becomes president.

In the Departmental and regional election yesterday, she tries a softer approach to look more mild, too similar to Macron’s politics, but that doesn’t work well, meaning her supporters want something extreme, she will go back to her old ways.

Back to the original Guardian article, here too, the restaurateurs have difficulty in recruiting people like waiters and kitchen staff when restaurants reopened 2 weeks ago, after being closed for 8 months. Some people took some training, changed their career during Covid and they are not returning.

Here people are watching closely how Brexit is working out. Maybe Frexit will be the next, the French are very divided and fed up of EU, there is a big possibility the populist extreme right candidate elected as next president in 2022 and their slogan is Frexit, anti-immigration…

What’s the recent opinion-polling on Frexit? I’m assuming a Le Pen presidency would lead to a referendum, if that even gets through the National Assembly, but is the result at all certainty? It would have a vert different dynamic from the Brexit vote, where of course the incumbent government were running against their own poll.

Today I’ve heard on news that England may need yet another lockdown this winter due to Covid Delta.

On top of which there’s seasonality to worry about. The ‘lockdown skeptics’ – and I use the word ‘skeptic’… quite incorrectly – are openly saying they expect massive rises of covid cases over the winter, but they want the government to commit to removing all public health restrictions regardless.

What a time to be alive.

Some people took some training, changed their career during Covid and they are not returning.

My nephew was working as a chef and was on furlough but now has lost his job. He decided not to return to the kitchen and is now doing office work for a government call centre. As he says, the money is the same, the hours shorter, he has his evenings and weekends free and he gets to sit down to his his work.

France will try to negotiate changes in the Union, but if that doesn’t work and Frexit happens, I think EU may collapse.

This goes to my own reaction to the Britons predicting dire results in the UK from Brexit. It isn’t clear to me that Germany, France, and Italy can financially support the EU. I think in the long term, Brexit will be harder on the EU than the UK even if France stays in.

If the EU comes apart at the seams it will be interesting to watch the impact on named food products.

Regardless I think the author of the linked article is taking aim at something (Brexit) he and the subject restaurant owner don’t like regardless of actual degree of causation. I think the greater issue is structural problems in the hospitality industry that COVID has exposed.

Dave - we shall have to agree to disagree on a number of points in your last post. A more detailed response to you would involve crossing HO’s “no politics” rule, I’m afraid. I already regret starting the thread for that reason.

Civil discourse in the face of disagreement is the hope of civilization, John. We aren’t doing that very well as a society here in the US I’m afraid.

Now about those square fried fish cakes the Texans are all energized about…there is something wrong there. grin

What’s the recent opinion-polling on Frexit? I’m assuming a Le Pen presidency would lead to a referendum, if that even gets through the National Assembly, but is the result at all certainty? It would have a vert different dynamic from the Brexit vote, where of course the incumbent government were running against their own poll.

From various recent polls, I would say about 40-45% are favourite for Frexit. Marine Le Pen changes her discourse all the time, in the past, she is in favour for a referendum, recently, she softens down and adopt a more moderate approach, Macron on the other hand becomes more right and tries to appeal to her supporters.

In 2005, France had a referendum on whether to ratify the European Constitution, the “NO” won. Sarkozy, the president then, pledged a re-negotiation without a referendum, presented the treaty to the French parliament and it was adopted against the wishes of the people. To answer your question, it depends the political atmosphere, I think if the politicians continue to ignore the wish of its people, like Macron, bigger unrest in the country is very likely.