Damas is a Syrian restaurant in the Outremont neighborhood of Montreal. It moved to its current location after a fire at its original location in 2015. I was unfamiliar with Syrian cuisine and so was excited to try it.

They have a tasting menu for C$85, but I couldn’t partake as I was solo. So instead I asked my server for some recommendations. I ended up having:

I thought this was a free appetizer so I started eating it. Turned out it was meant for another party

. They gave it to me for free which was nice of them. It was very tasty. Scattered with pomegranate seeds and a little pool of olive oil, and served with a puffy hollow piece of bread hot out of the oven. Tasted of eggplant, tahini, and a bit of lemon. A bit like a baba ghanoush. Though reading up on the differences technically baba ghanoush doesn’t have tahini. 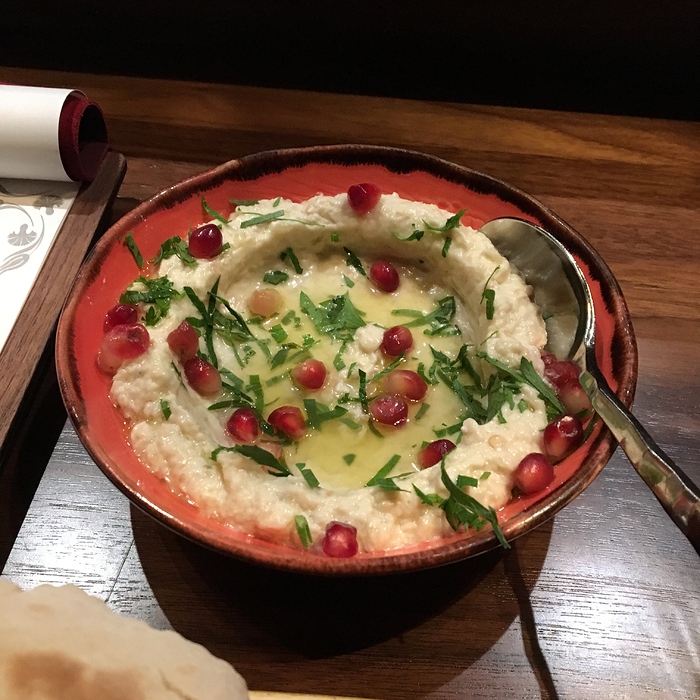 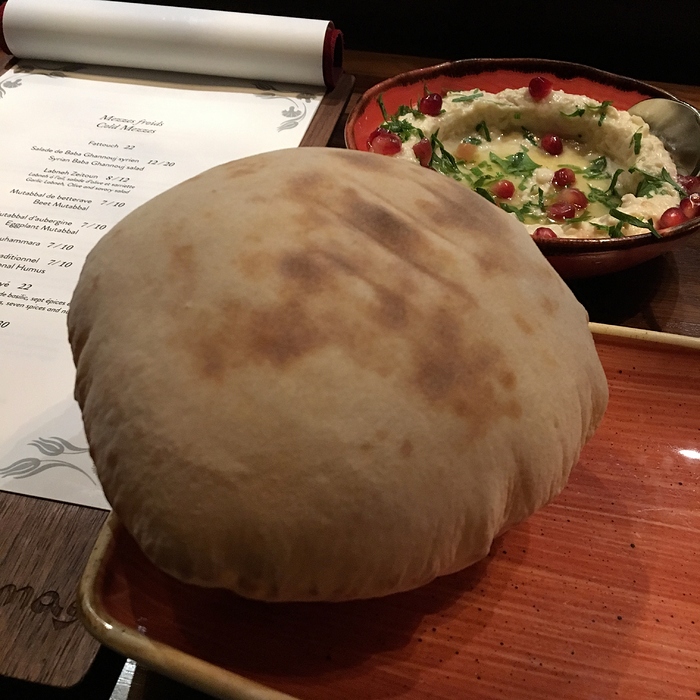 A nice refreshing salad with some acidity, olive oil, mint, and some crispy bits. 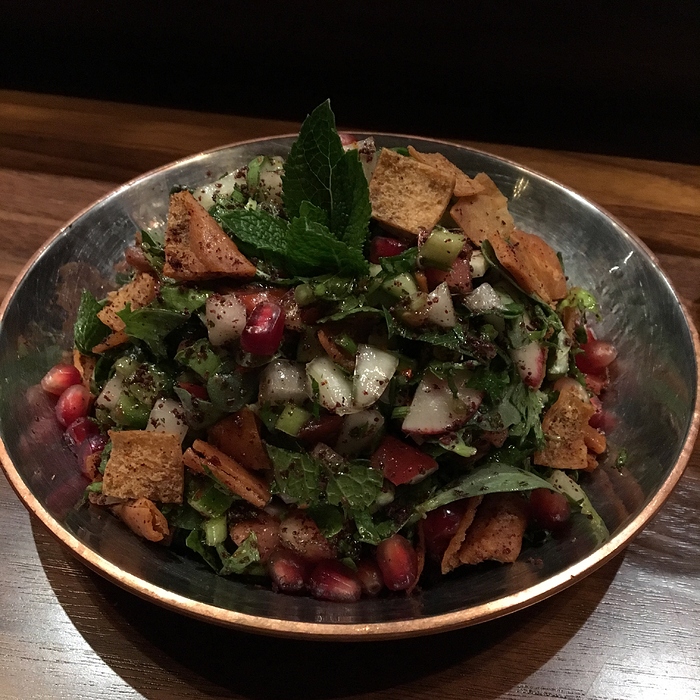 Grilled shrimp. Nicely spiced with aleppo pepper and other spices, alongside some fresh ripe tomato chunks and a tahini based sauce. Good shrimp but not mind blowing.

Grilled lamb chops from Alberta with seven spices, tarator sauce. My server said this was his favorite thing on the menu, and it was pretty great. Excellent flavor with nice smokiness from the grill and the sweet savory taste from the spices and/or glaze (maybe pomegranate molasses?) really set it off. It was served with a tahini based tarator sauce, an onion salad, an eggplant side that resembled a baba ghanoush, and grilled vegetables. Best part of the meal. A bit expensive at C$62 but it was high quality. 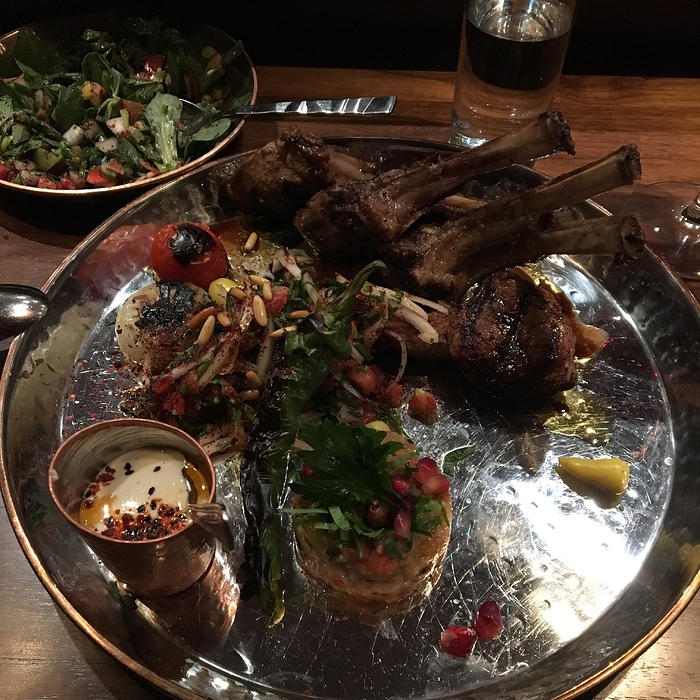 Was too full for dessert, but they offer a nice digestif of a cup of black tea with mint and a sugar cube. 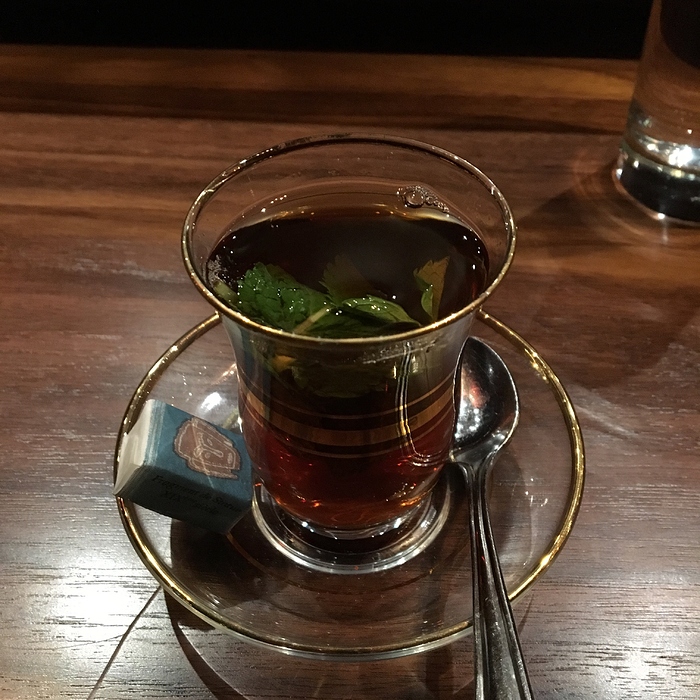 Very good meal overall, with a couple of big hits (the delicious lamb, the eggplant mutabbal that I didn’t order but should have), a good fattouch, and the shrimp mezze that was fine. Friendly service.

We also went to Damas on our trip back in April. I meant to do a trip report of all the places we went but I never got around to it. We also really enjoyed Damas. I have to look back at my notes to see what we ordered but I remember being so stuffed we couldnt even do dessert (which is almost unheard of for me!).