This is happening on my phone (Android with Firefox): when looking at the “Latest,” I used to see a dot (I think it was blue?) that denoted a thread as being unread (as in, I’d never opened the thread, not that it had been previously read and had new posts) by me. Sometime in the last 24-48 hours that’s disappeared.

Hmm. Anyone else ran into this issue? I still see the dots on iOS.

Yep. The blue dots are gone from IE and Firefox desktop versions.

Dots have been gone for at least a week from Chrome. Also missing is the “New” label.

Can you attach a screenshot what you are seeing also?

I had to create a new account for this site, so I’m not sure what I’m supposed to see.

If there is no issue there, go to https://www.hungryonion.org/safe-mode. Disable one of the 3 options and see if it fixes the issue. If so, please share which option is the culprit.

I receive an “Oops! That page doesn’t exist or is private” message.

I had to create a new account for this site, so I’m not sure what I’m supposed to see.

See if the issue you see here is also over there. they use the same software and version. 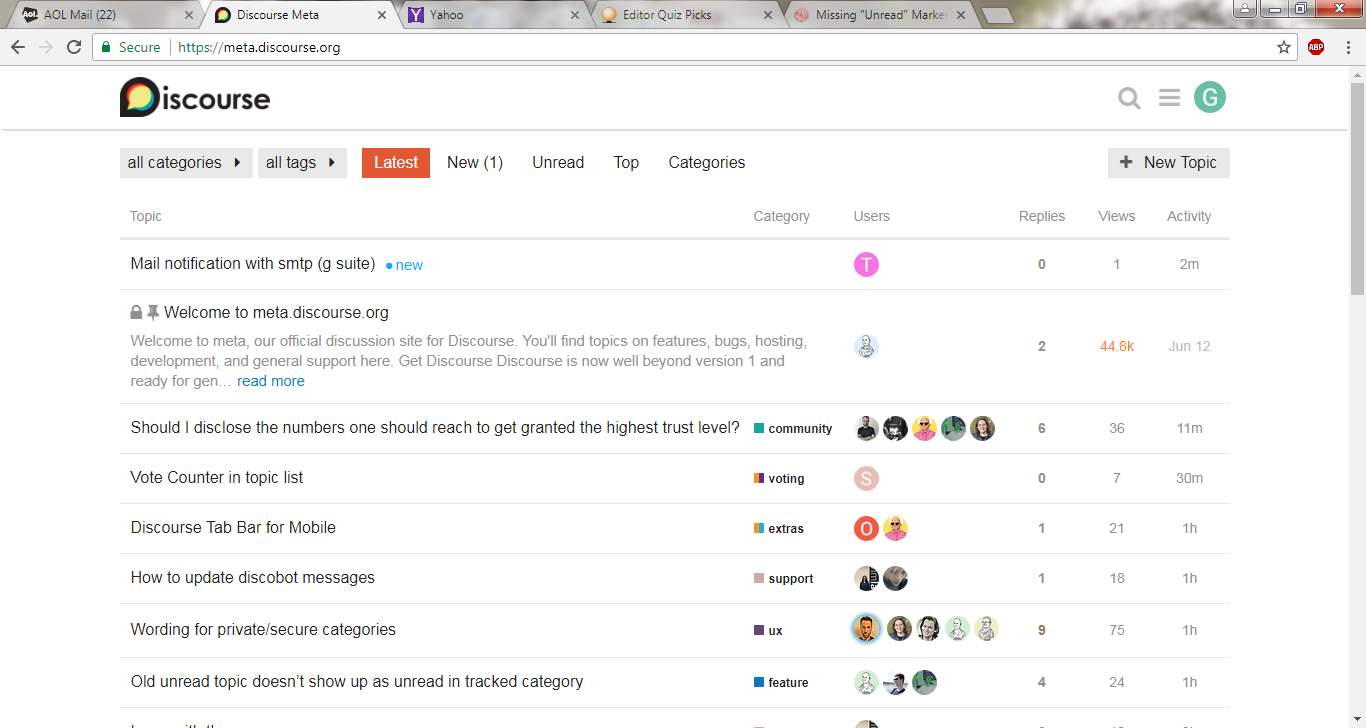 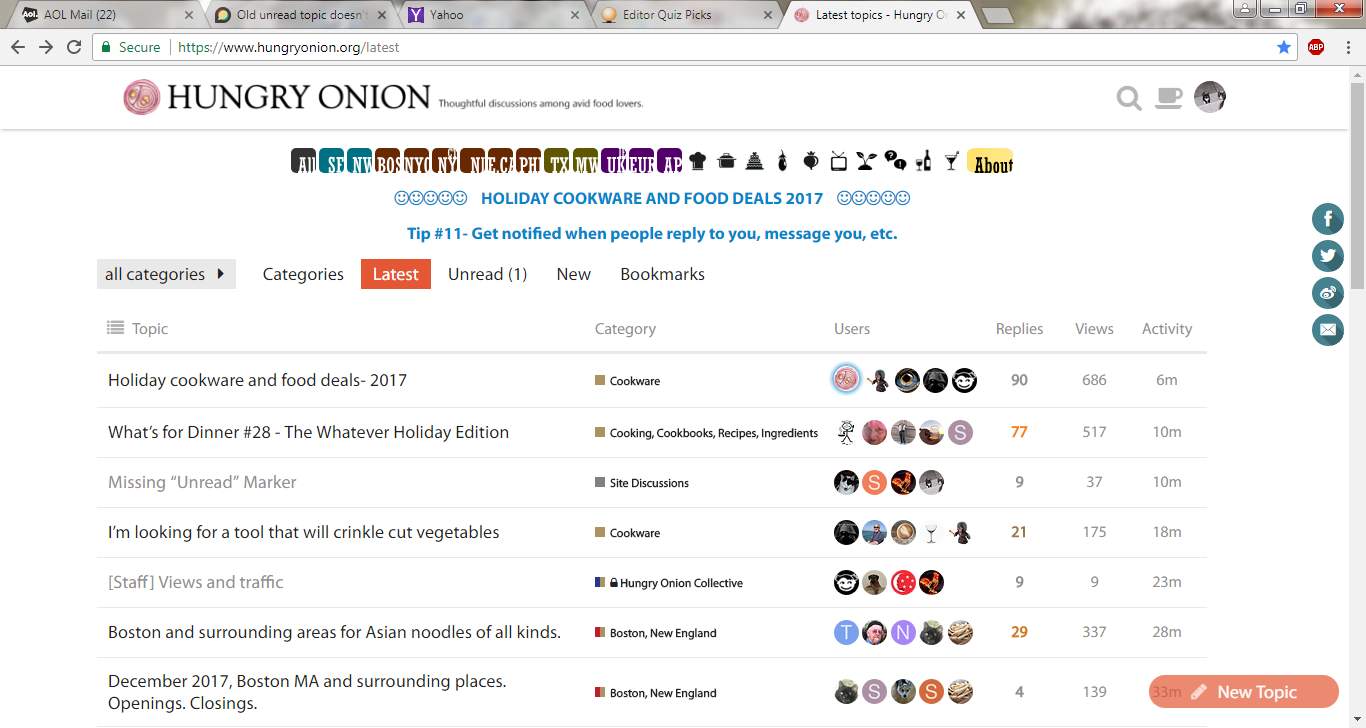 As you can see, the header indicates one unread topic for me, but there’s no blue dot indicating which thread is unread.

If it helps, I’m not having the same issue on FTC - and not on meta.discourse either.

Its one of the plugin. I will find out which one it is and disable it tonight.

Thanks, both the “new” identifier and the blue dot for unread threads have returned.

For threads I’ve opened and contributed to that have new-for-me replies, there is a blue circle around the number of new replies on the right side of the screen (normal) plus the same blue circle/number appears at the end of the title of the thread.

I can’t upload images from my phone - does HO have an email address I can send a screenshot to?