I went with a friend for breakfast yesterday. Located in Parlin, NJ in a ShopRite plaza, with expected irritating plaza parking. From my interpretation, it appeared to be a Bolivian-run primarily Colombian menu with some other Latin American dishes from other countries.

The staff was very friendly, the interior newly remodeled and clean, although the food I wasn’t overly impressed by, possibly due to being spoiled by E-town Colombian food. It was still solid and low-cost for a hearty amount of food.

The calentao or, on the menu (Desayuno Colombiano) is a popular breakfast dish in Colombia. Calentao, meaning “refried”, refers to the dish consisting of last night’s leftovers. The dish usually comes with an arepa, eggs, refried beans, and a meat such as steak or chorizo.

The salteña is the empanada of Bolivia. They offer with meat or chicken. It has a crisp puff pastry exterior and is to be eaten as to protect the juices from spilling out. It has a pot pie almost chili-like sweetness and has potatoes, onions, and peas inside. 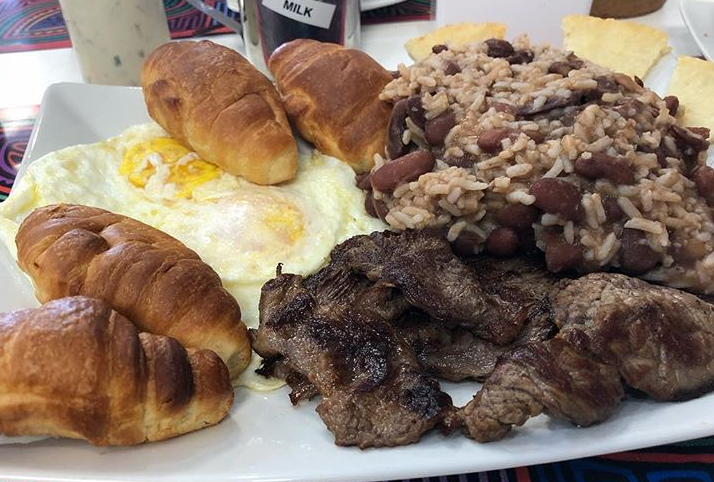 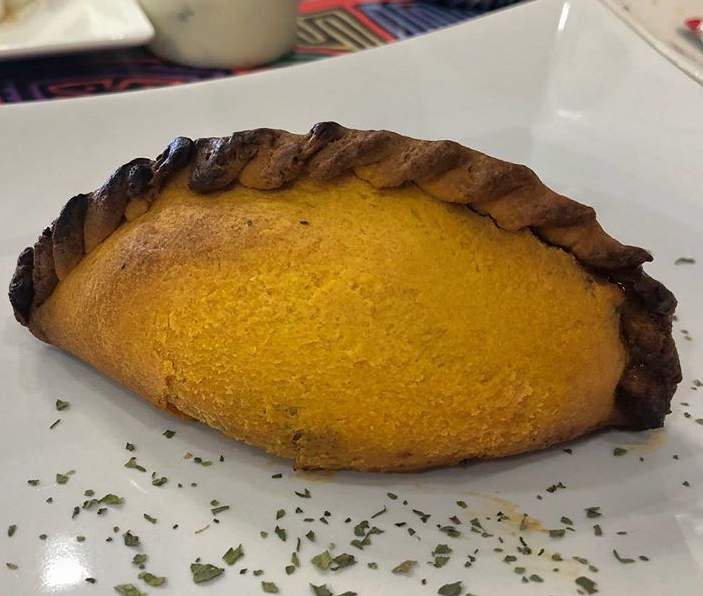