[Melbourne] Modern-Greek at The Press Club

Aussie maverick chef, George Calombaris, is better known to Travel Channel viewers in the Asia-Pacific region as one of the judges on Masterchef Australia. His flagship restaurant, The Press Club, in downtown Melbourne has, more than a decade on, maintained its position as one of the city’s go-to places for fine dining.

Lunch is a quieter affair here, with its 10 gold-hued booth seats lending the place a retro-60s feel. 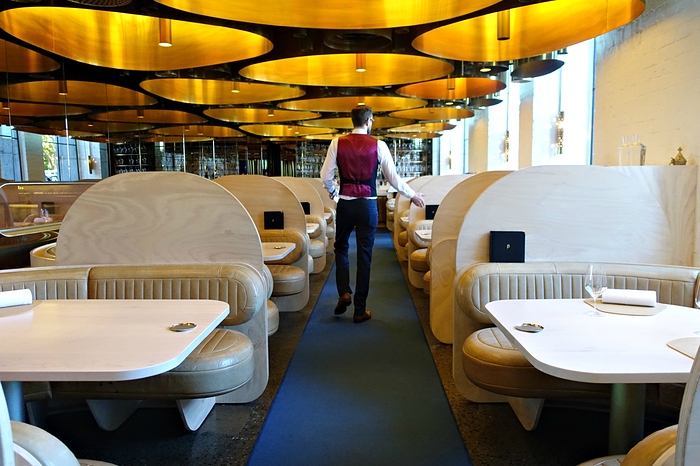 Started off with a Diotima (Oiemelo, Bourbon & peach). 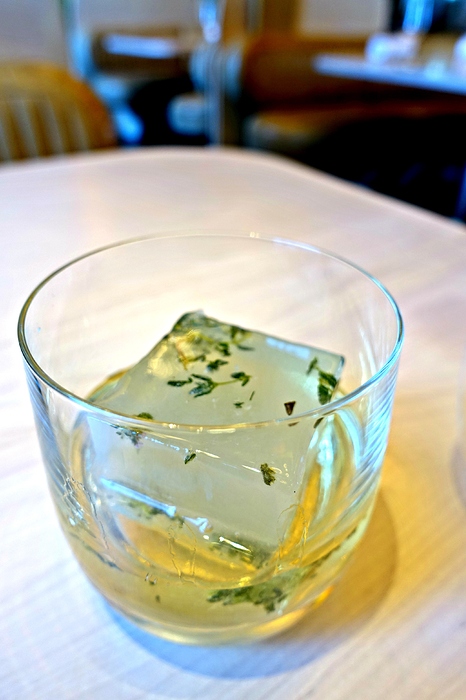 The Press Club now offers a la carte options, but I opted for the lunch-time menu degustation. Started off with taramosalata, ouzo Yarra Valley caviar, and salt & vinegar loukoumades: 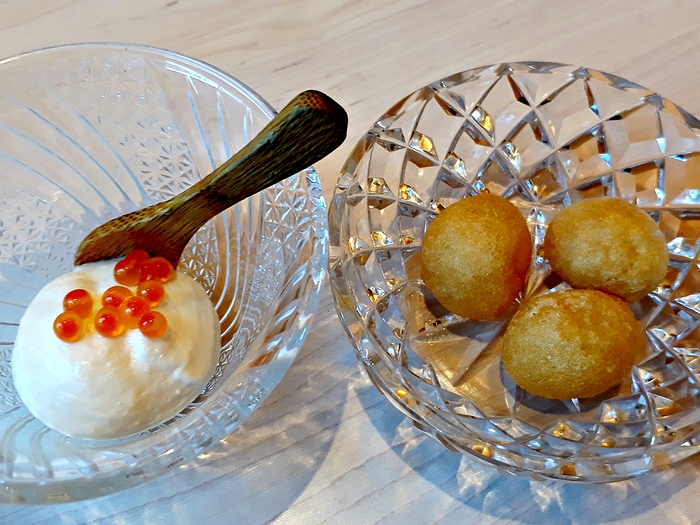 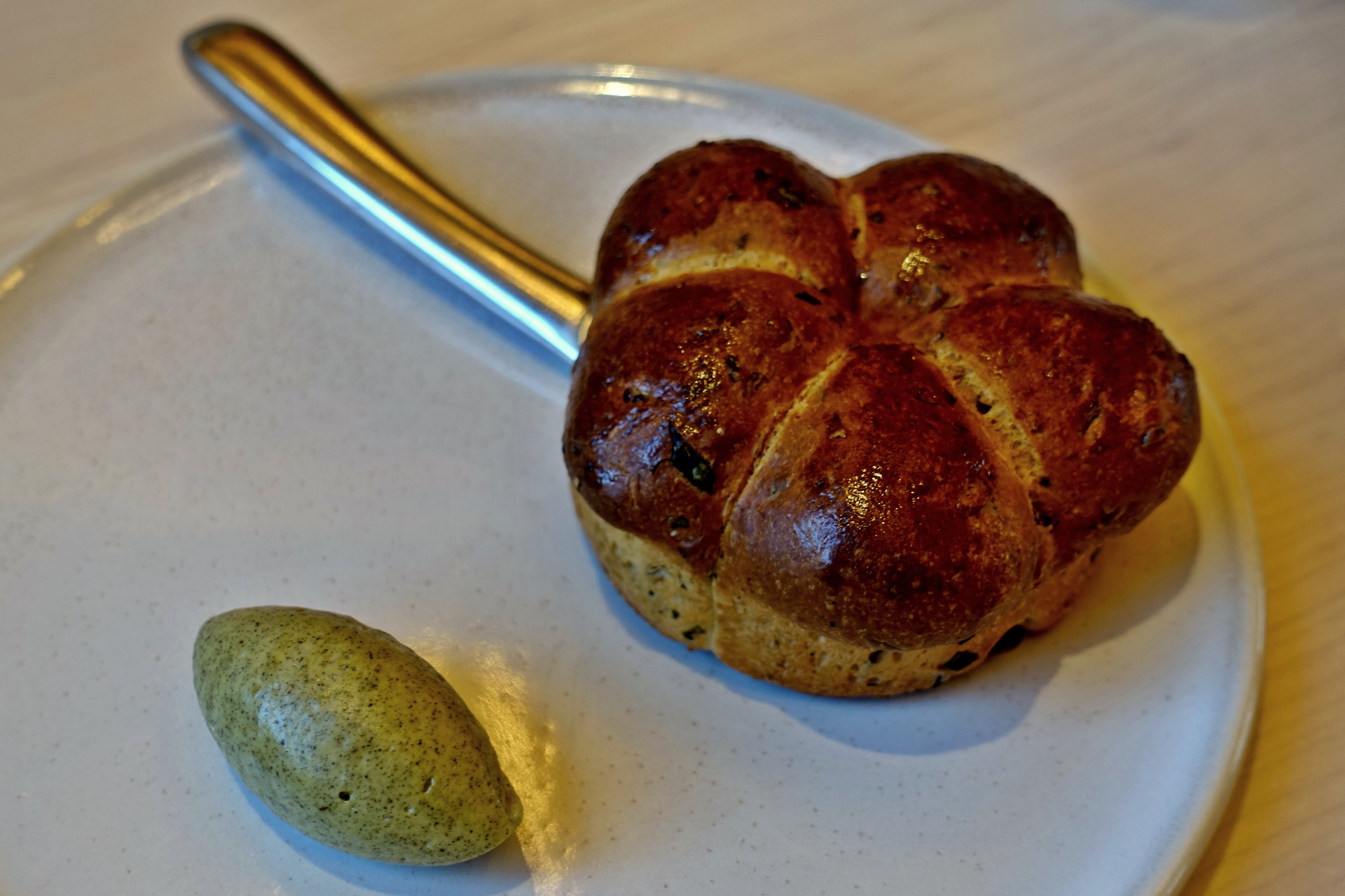 This was followed by a cold soup with caramelised peaches: 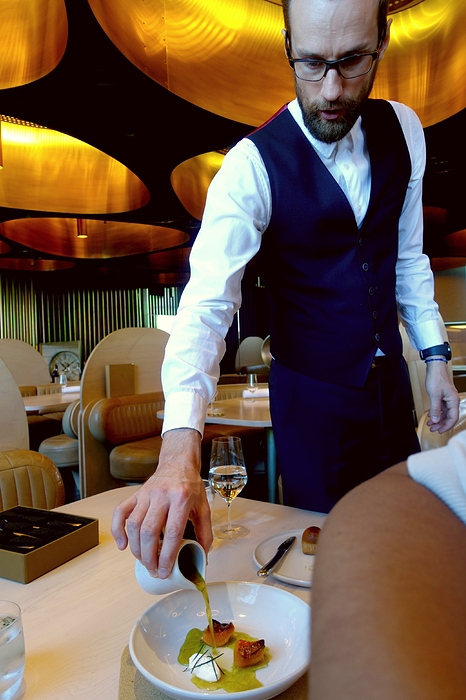 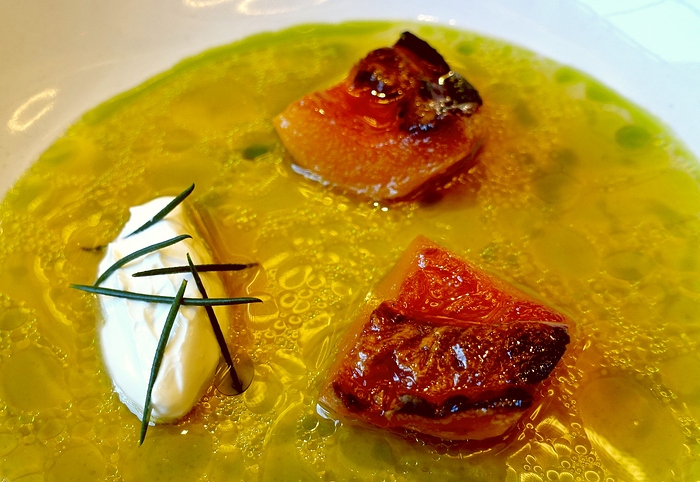 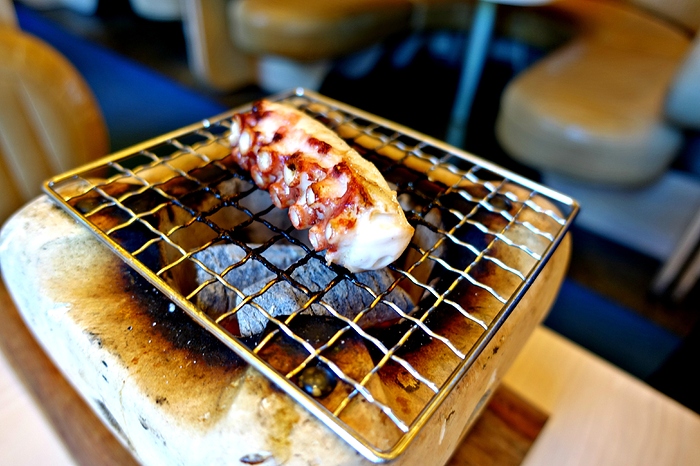 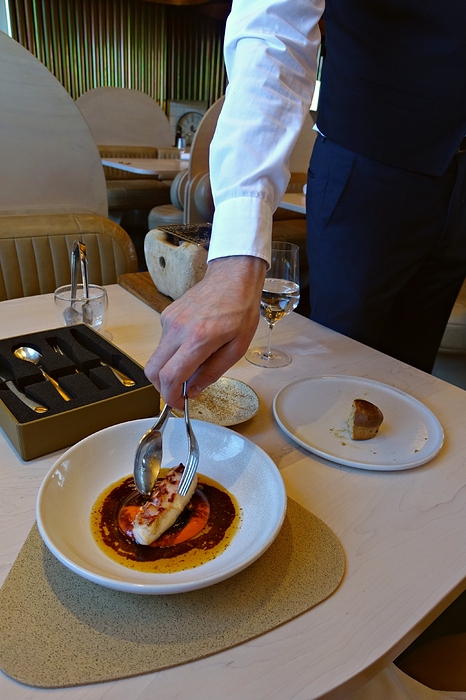 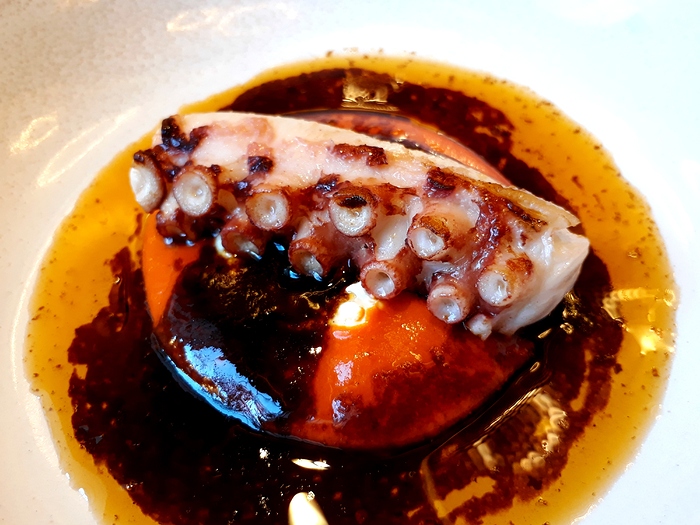 Baked eggplant, served with wallaby meat. The eggplant was wrapped in vine leaves and grilled table-side, before it’s removed and returned to the kitchen for plating. 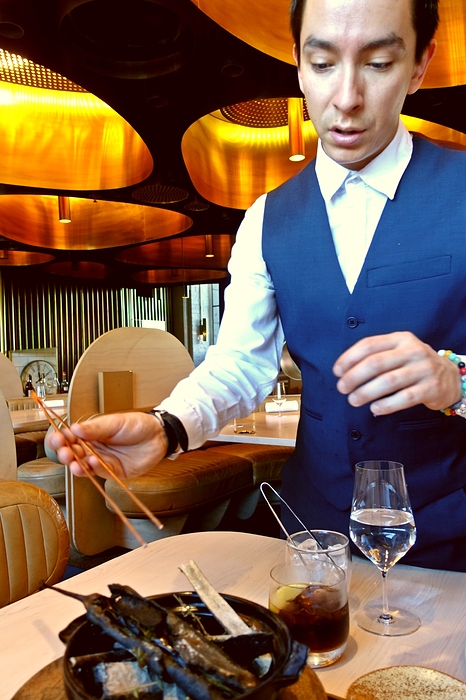 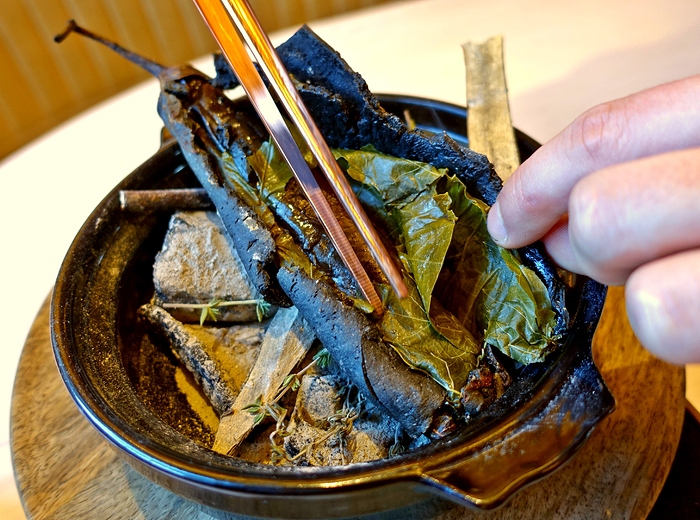 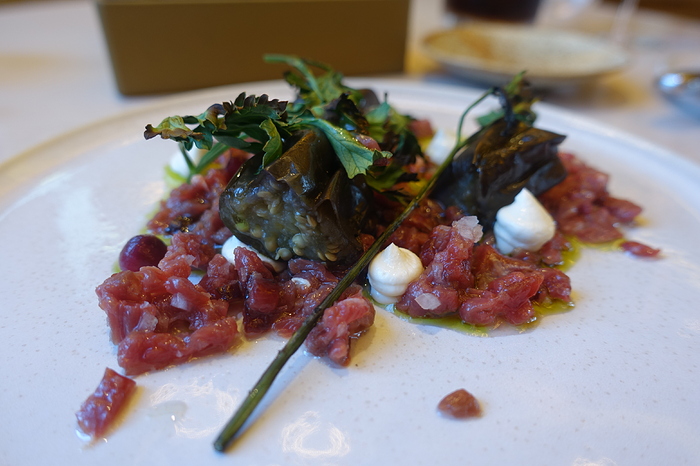 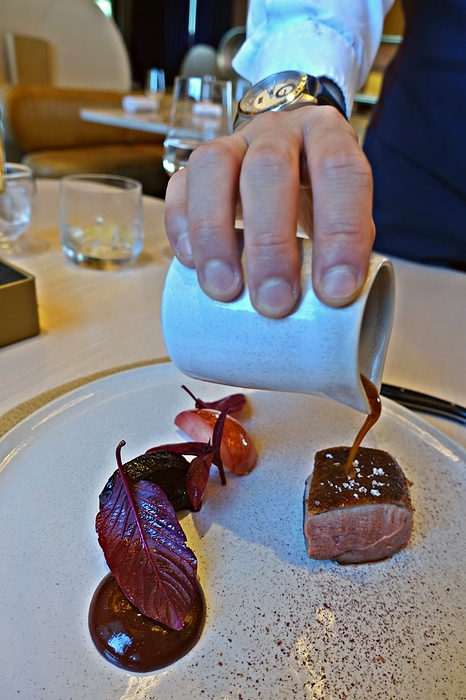 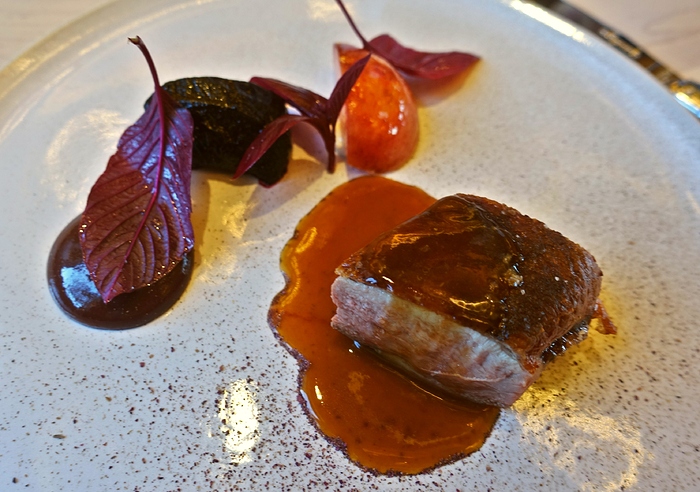 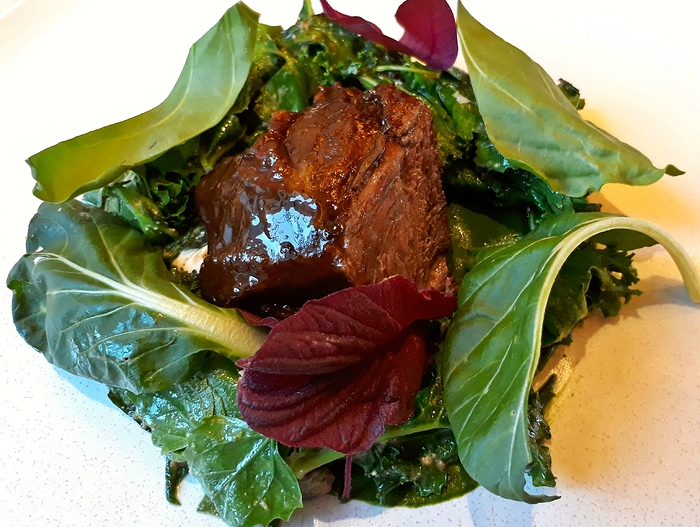 I skipped the dessert course (doctor’s orders) but had some pretty amusing petit fours which came with the bill - The Press Club referenced the Greek hobby of playing “tavli” (backgammon) as a social activity after a meal, in designing its petit fours: edible white & dark chocolate dice and backgammon pieces. 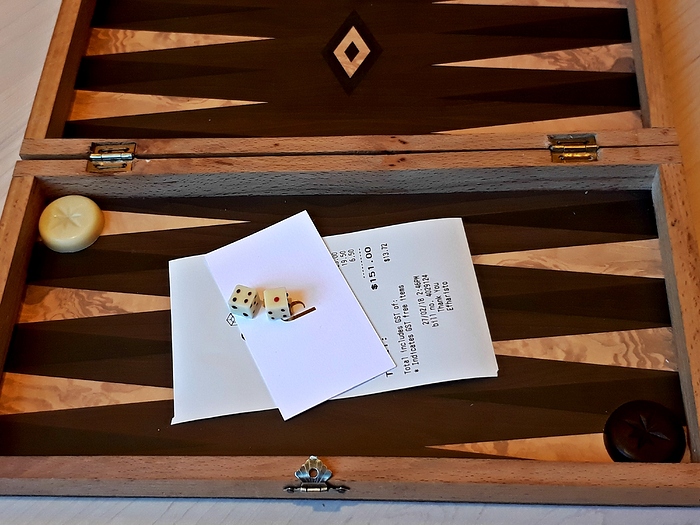 Thanks, good to know you are writing on Australia.

Like the octopus and the eggplant dishes: both the presentation and the food.

Haven’t been back to Oz for ages. Hope to do Sydney some time this year.

Interesting - looks good - you don’t really say if you enjoyed it…?

I ate there quite a few years ago and was a tad disappointed - lots of suburban masterchef fans a bit bemused by the menu. But George closed the restaurant shortly afterwards and revamped the decor and menu and it definitely looks a lot better.

Interesting - looks good - you don’t really say if you enjoyed it…?

It was really good. Pretty quiet at lunch-time, but I hear it gets busy in the evenings.