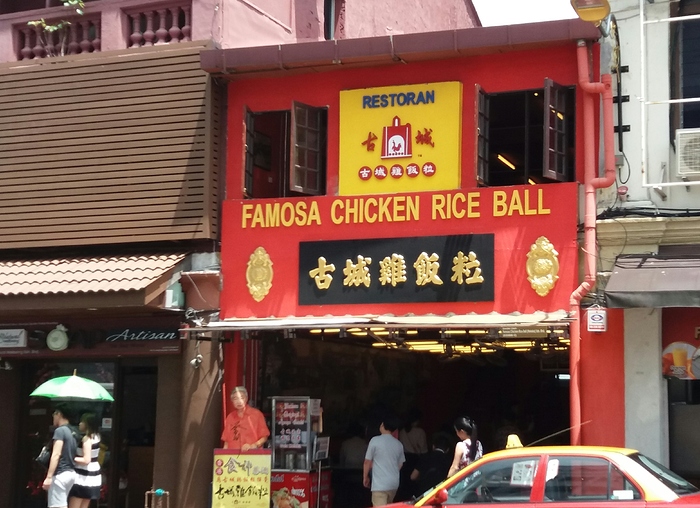 Hainanese chicken rice is my go to breakfast in SE Asia. In Melaka they gave several places that do it slightly differently. Instead of the rice the chicken is accompanied by rice balls. I’ve not seen this elsewhere in Malaysia though I’m assuming they have it in Singapore.

Last tine in Melaka I had chicken rice ball at Chung Wah. It was closed thus time so I opted for Famosa Chicken Rice. It’ s a much slicker place than Chung Wah but lacks Chung Wahs scruffy charm. It’s also more expensive. The chicken here was much more moist than in Chung Wah. However the texture on the rice balls was very poor, far too mushy though the taste was pretty good. I also added a tea egg, of course I did. 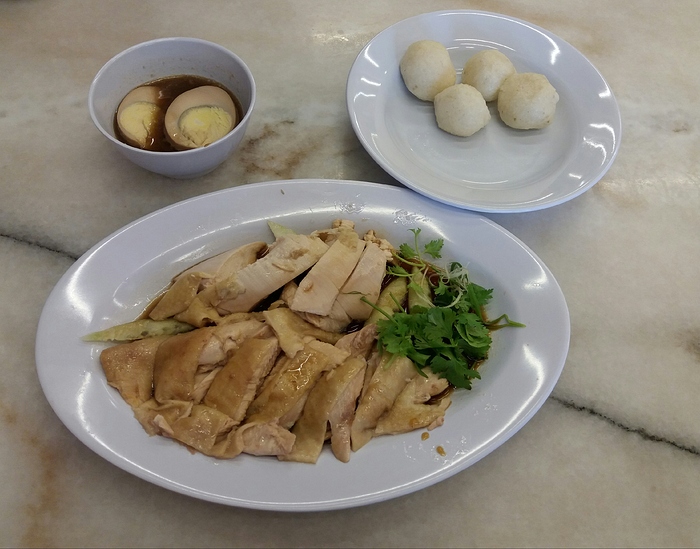 The all important chilli and ginger in vinegar. Pretty good. 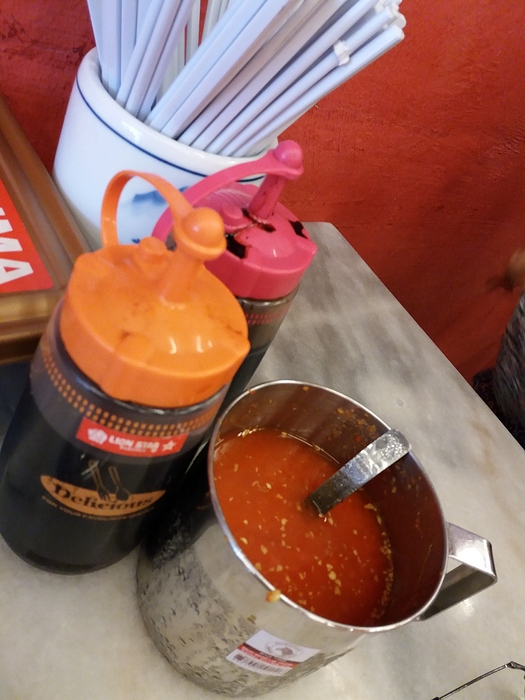 Their signature Famosa coffer was expensive at 8RM a cup but very rich and delicious. 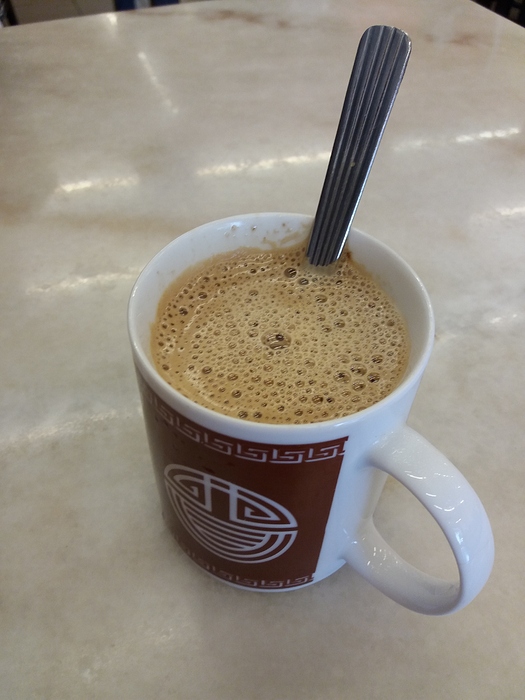 Isn’t that panel in front of the shop the famous food writer / critic Chua Lam? Guess that it means he endorsed the restaurant.

@naf: Chua Lam’s approach is so commercialised - he can be pretty subjective. In fact, on one of my trips to Melaka, I did run into him leading a tour group from Hong Kong through the streets of Melaka. 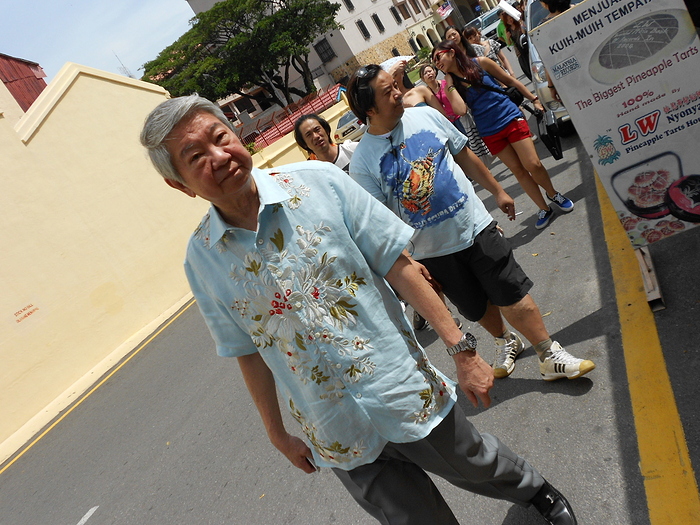 I tried some of his recommendation in Hong Kong, some places were good but some were pretty average. I wonder if restaurant doubles the effort when they saw Chua Lam coming.

I’m sure he gets special treatment, with the publicity his presence brings to a restaurant in HK.

Running into a youtube video a while ago with an interview with Chua Lam (He is Singaporean). When asked on advices on countries for retirement and good food, where should one go? Malaysia is his number 1 choice, very affordable living expensive, warm weather, prolific street food, one can eat out cheaply and well everyday.