Has closed!?!?! I just saw this on Facebook so I googled it!?!?! Wow that place was a Long Branch institution back from the old pier days. Anyone know what happened? Personally I’m a Windmill guy so I won’t miss it, just a shame to see such a landmark gone. 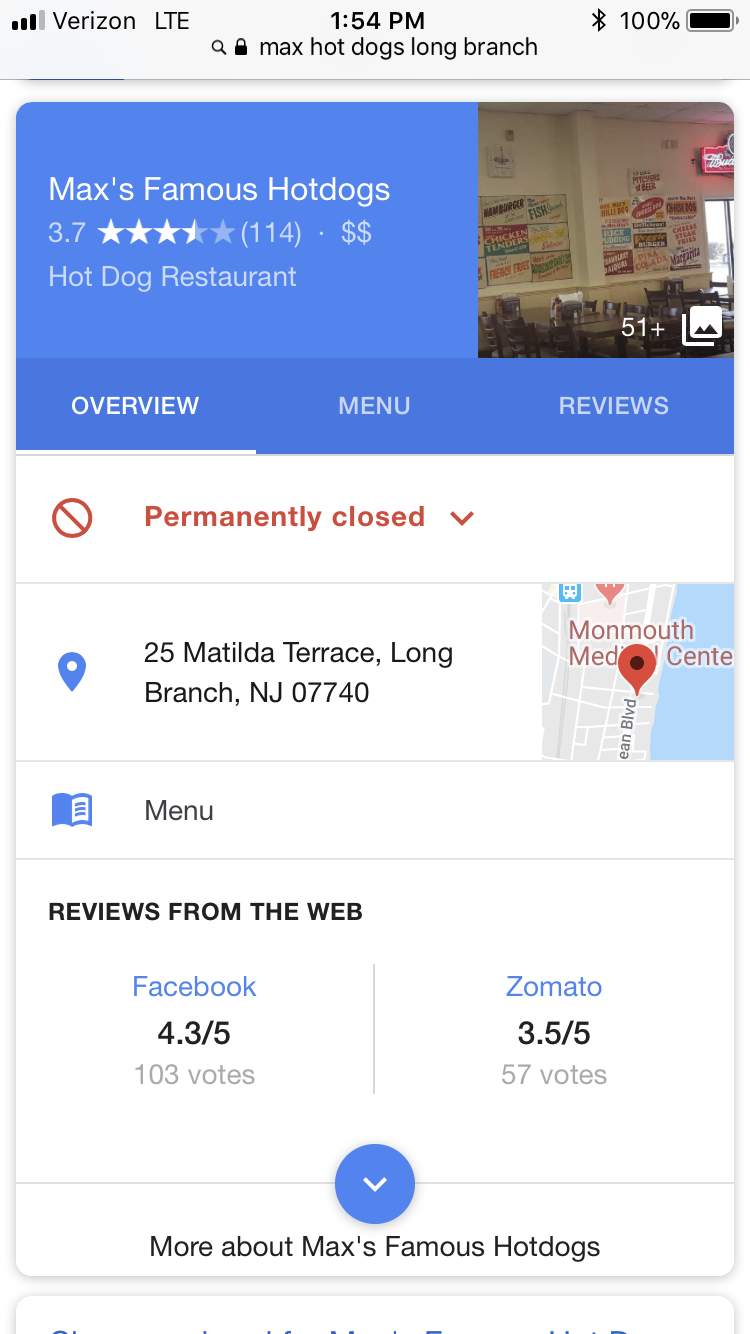 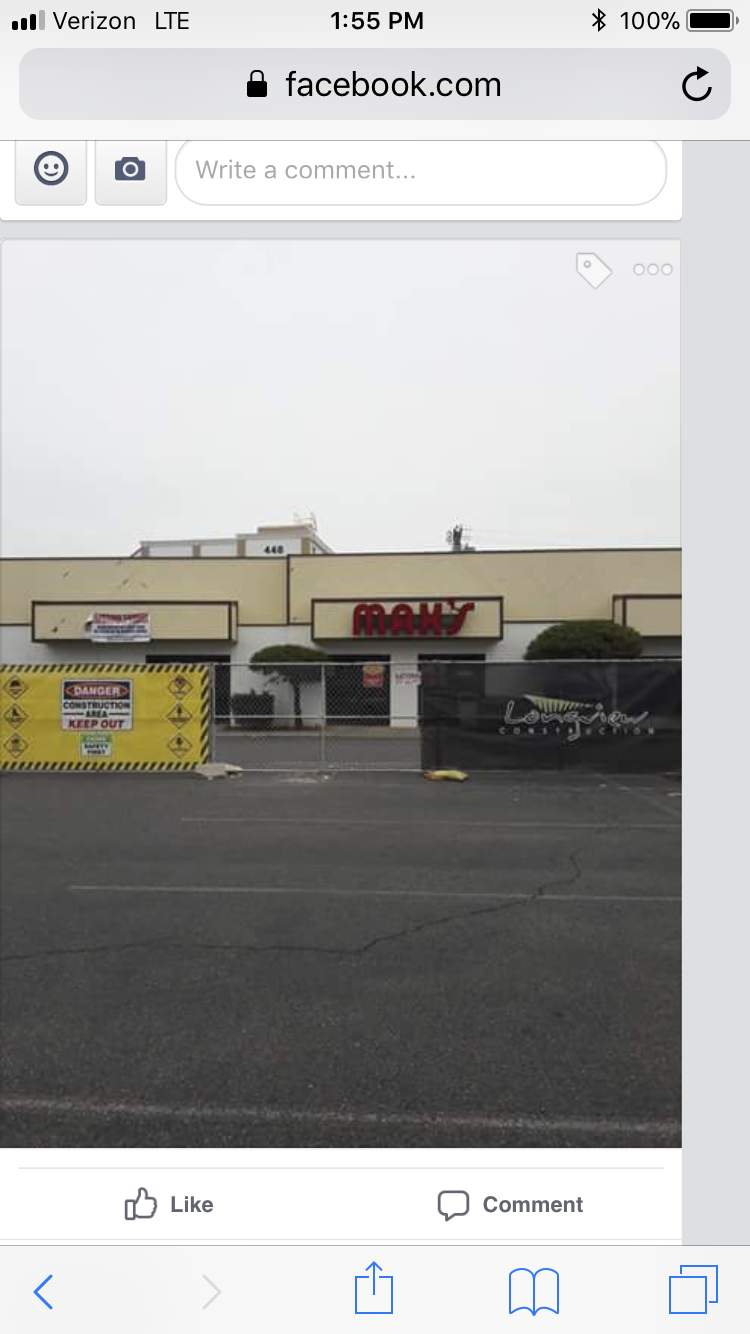 They are seasonal so I think they will be back open.

had heard about this place a lot in same category of Windwill. Went once, food was not great, price was very high for what we got, and was just a depressing experience all around. Much prefer Windmill to them.
Maybe that space was too big for business the did lately?

Nope, they sold the property cashed out and retired. (I asked around)

Thinking about it though, I think they had a stand at Monmouth Race Track, wonder if they will keep that going.

My thoughts exactly!! I was never a fan.

Surprise! As said above, the Windmill is so much better than Max’s. I think they were originally in the old pier that burned down (the one that had the Haunted Mansion), So have been around for a long time. The gruffness of the owner was one thing they were known for, believe it or not. She would stand at the cash register and “bark” at her employees and customers.

I believe the oceanview deli is closed too

Max’s has temporarily closed for a top to bottom rebuild.

Yes I am aware

Ironically the Windmill in Long Branch that is in the Shopping center (not the one shaped like a Windmill) will be closing because the building was sold and is going to be torn down and more condos built. Windmill feels like fast food to me… Max’s always felt like a bar.

I believe the oceanview deli is closed too

Oh man, I’d only gotten there a few times over the years.That place was like stepping back in time. I hope Joanne is doing well

Ciro Avagliano, age 86 of Long Branch, died Monday, February 20, 2017 at Monmouth Medical Center in Long Branch. Ciro was born in Salerno, Italy and moved to Long Branch in 1950. He and his wife Giovanna have been the owners of Ocean View Bakery since 1952. He was a parishioner of Holy Trinity Church of Christ the King Parish, a member of Figli di Colombo and I.A.M.A., all Long Branch, and loved to go to Monmouth Park Racetrack and Atlantic City.

He is survived by his wife of 52 years Giovanna Avagliano, his daughter JoAnn Avagliano, both of Long Branch; his sister, Rose Avagliano of Italy; two nieces, Carmela West and Lea Tallarico and many other loving nieces and nephews.

Personally was never a big fan of the brand but still hate seeing long standing institutions like this closing. I hope they do re-open.

They spent a small fortune remodeling that place & took focus away from hotdogs which they did really well & more “ cafe” oriented.
It would be a shame to lose this institution.
I wish them the best.btw their sauerkraut was the best

they just posted on FB that they are reopening in March and looking to hire, so hopefully they keep it going. 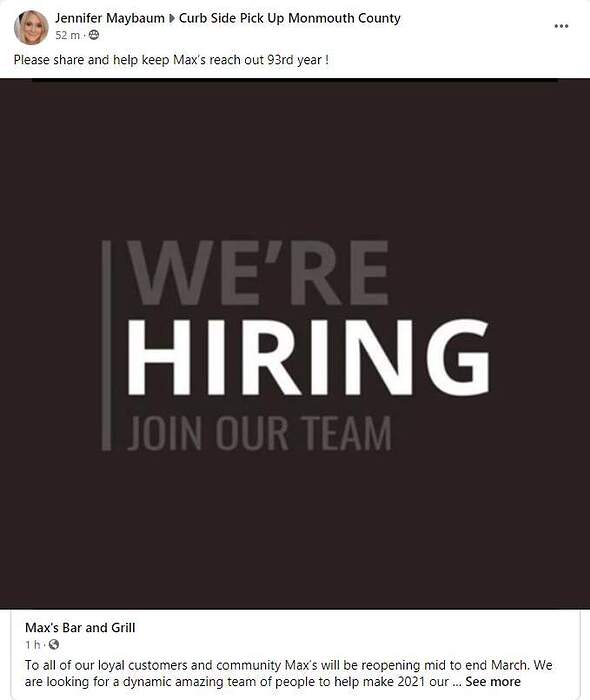