maria’s in the north end is closing...

will have to stop by for one (or two:) of the north end’s best cannoli. and don’t know where i’ll find a pizza chiena that equals hers. 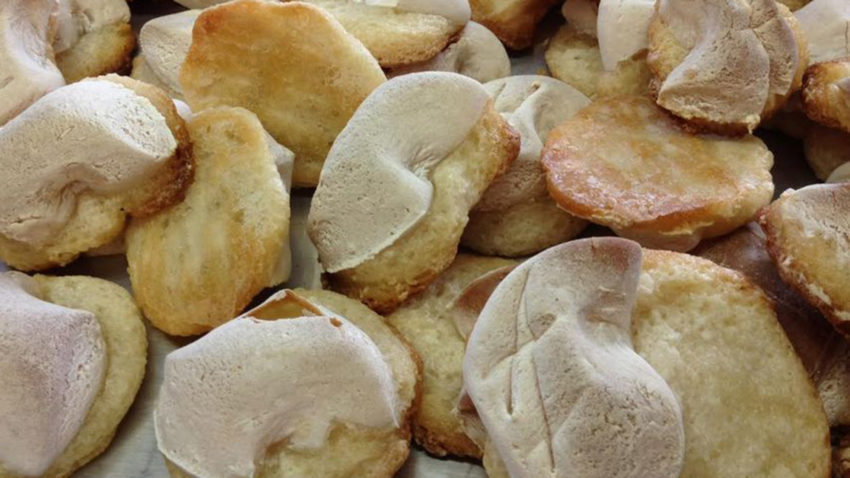 Maria’s Pastry Shop, a North End institution, will close at the end of September

"My body is telling me to shut down," said owner Maria Merola.

Oh no! But understood. Maria’s will be missed.

The cannoli filling was delicious. Really creamy and flavorful.

This is so depressing but she deserves retirement.
The best ricotta pie!!!

wish i could tell you. i found maria’s after la contessa in davis square closed down more than ten years ago.

i know mike’s has expanded, which may help with the lines. but, i’ve always found their cannoli lacking.

i’ve heard good things about the cannoli at bova on salem street. will have to give them a try. as for the pizza chiena, i’ll have to keep looking.

Thanks for mentioning Bova’s…have never tried them in all my years in the Boston area. Also might try Colarusso’s in Stoneham, seems worth a try?
Contessa…yes! How sad that place is gone. Also sad Pepe Bocca is gone…they had a good ricotta pie there and fantastic bread.

I usually hit Modern on Saturdays after eating lunch at Gallaria Umberto. Therefore I never go to Modern in July. However, every other month that I have gone I have not experienced huge lines, never more than 2-3 people, and that would be around 11:30-12:15ish on Saturdays. They used to seem much busier when they were in the smaller space.

I never had the pizza chiena from Maria’s (as I have an Italian friend who gives me some, and hers is amazing, as is her ricotta pie). I did love Maria’s ricotta pie, fresh filled cannolis and especially the sfogliatelle. I haven’t been to Mike’s in at least 25 years since I discovered Maria’s and Modern. Once again, it seems like a little guy got squeezed out by a landlord, who can make more $ if a bank, or chain store takes Maria’s place. Too bad she couldn’t sell it to keep it going, but as she said in the article, no one will buy it, if they have no lease.

I haven’t been to Bova’s in years, either, but I always liked it better than Mike’s, though not as much as Modern or Maria’s.

an update: stopped in for two cannoli on my way to the ica, and chatted with the counter person. according to him, both bova and mike’s prefill their cannoli, which is a deal breaker for me. modern, thankfully, fills to order.

he also said that the last day of baking is the 15th; they will stay open until everything is sold.

I’m not a huge Mike’s fan but there is rarely a line at their Harvard Square location.

Was in RI today and stopped by DeLuise bakery in Cranston which is good and also has pizza strips.

Oh my…the 15th feels like it’s coming up soon! We love Maria’s ricotta pie and rum baba, pastaciotti (sp?). I am not a big cannoli person, but am not surprised that Maria’s is so good.
Will have to check out Bova’s and Deluise when in RI.
Anyone familiar with Colarusso’s in Stoneham? Or Roma’s in Woburn?