Let me give this meal some context by explaining the end of the evening before explaining the rest of it. When the bill came, it was obviously wrong as they hadn’t charged us for the steak. We called the server over. Now, I don’t often eat steak but, of late, when I do it’s most often at Hawksmoor. But, last time we were here, many months back, my steak was awful – tough as the proverbial old boots, tough to eat and even tough to cut. So bad that I mentioned it – and I am rarely a complainer in restaurants. The supervisor immediately took it off the bill, also saying to ask for him next time we were in and he’d buy me a steak. Well, I’d forgotten that offer but Hawksmoor’s computer system hadn’t and the server had full knowledge of our past experience. Hence the comp’d steaks, for which we expressed thanks. You cannot fault the restaurant’s customer service.

So, turning to dinner, there was smoked salmon to start for one of us. Good smoked salmon. Quite smoky and sliced fairly thick (a good thing, IMO). There’s brown soda bread (?), a dollop of what I think was crème fraiche and a nice garnish of peppery watercress. Across the table, heritage tomatoes on toast, although they seemed to be just ordinary cherry tomatoes, although more flavourful than your bog standard supermarket ones. The toast had been “buttered” with Graceburn cheese – a raw cow’s milk one in the style of feta. Both starters were light and very summery.

Steaks next, of course. For one of us, a sirloin – ordered at medium, it came well on the way to medium rare, but not so much so that it couldn’t be eaten. Well flavoured as we’ve come to expect at Hawksmoor and, at thirty quid, so it should be. That was accompanied by a simple lettuce salad, using the leaves of a classic floppy English “round”, perfect for mopping up any juices. For the other, rump. They serve it as a chunk rather than a steak and it may be that which causes it to be tough. Not as tough as the one last time but harder work than you’d want. Alongside, excellent chips, roasted field mushrooms and a bone marrow gravy. Bearing in mind what was about to happen with the bill, I’m glad I didn’t complain, otherwise they might think I was just trying to get freebie meals.

Well, I’d forgotten that offer but Hawksmoor’s computer system hadn’t and the server had full knowledge of our past experience.

Kudos to them for actually remembering you and that they owed you one.
But they then actually served you another tough one with the rump steak?!

I think we’ll probably shift our steak allegiance back to Gaucho (another steak mini-chain with it’s only non-London outpost here in the Rainy City). A shame but issues on consecutive visits is one issue too many.

That said, I read that Gaucho is in some financial trouble and is considering closing outlets in it’s “reasonably priced” sister chain, Cau. And is also looking to put the whole enterprise up for sale. It comes as no surprise - we were at a Cau a few months back and our party of six was the only occupied table the whole midweek evening.

That said, I read that Gaucho is in some financial trouble and is considering closing outlets in it’s “reasonably priced” sister chain, Cau

Seems like every other chain is in financial trouble. I was just reading about Carluccio’s problem a while back: 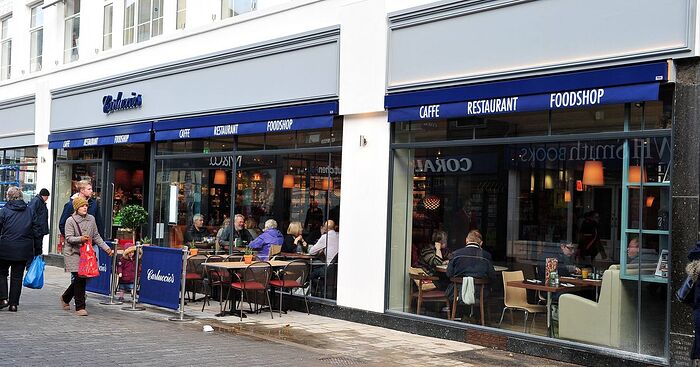 Carluccio's is the latest restaurant chain in trouble

Seems like every other chain is in financial trouble.

Seems to be the case. They are all on tight margins, of course. Brexit will be having two effects - firstly the sterling/euro rate is well down from the pre-referendum rate, increasing costs of imported food and, second, there is a very considerable issue regarding migrant workers, particularly from eastern Europe. They form a large percentage of the hospitality workforce, particularly in urban areas. Recent government statistics indicate a growing number of migrants returning home and, at the same time, significant reductions in numbers coming to the UK. There is something of a “double whammy” here. On the one hand, there is the fairly obvious “you are not welcome here” attitude. But, also, the old eastern bloc countries are now seeing rising prosperity at home, due to their EU membership - as such, many will be asking why they should bother to go abroad when they can get jobs at home.

That said, I read that Gaucho is in some financial trouble and is considering closing outlets in it’s “reasonably priced” sister chain, Cau. And is also looking to put the whole enterprise up for sale.

It sounds worse than that, John. Sadly you may need to find a new steak restaurant. 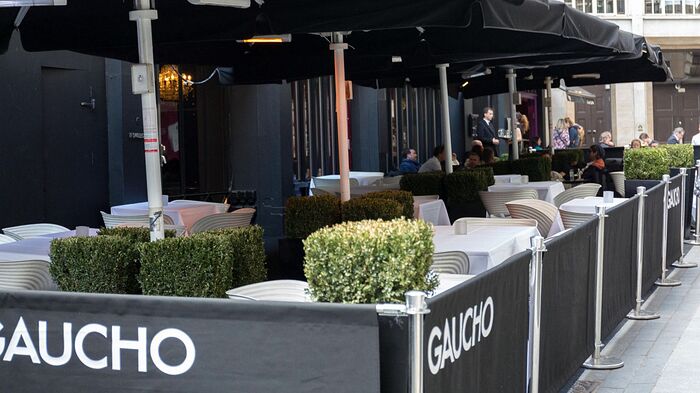 Oh my, Gaucho may collapse?! I still remember going there when the very first Gaucho opened back in 1994, simply because we were very curious about its Argentinian beef then. Those were the years - La Tante Claire was still patronised by ladies in silk dresses & pearl necklaces, Raymond Blanc was young & slim, Nico Ladenis was the meanest chef in town, and Marco Pierre White was cooking in the Oak Room @ Le Meridien.

Sadly you may need to find a new steak restaurant.

I may just give up on steak restaurants then - there is no other top end steak specific place in the area! Although, truth be told, I’m actually not averse to Miller and Carter - or, to put it another way, it’s better than my low expectations.

Once might be bad luck but twice makes me wonder if your tough steaks are a sign of the almost inevitable drop in quality as Hawksmoor expand. I couldn’t find much about their source of meat on their website anymore; when they were just the one restaurant in Spitalfields I think they were pretty vocal about its origin.

They’re apparently opening a branch in New York next year which could be interesting. I wonder how they’ll get on.

About when Gordon Ramsay arrived at Tante Claire.

About when Gordon Ramsay arrived at Tante Claire.

Breaking news …Gaucho has filed for administration and has closed all its Cau branches with immediate effect. 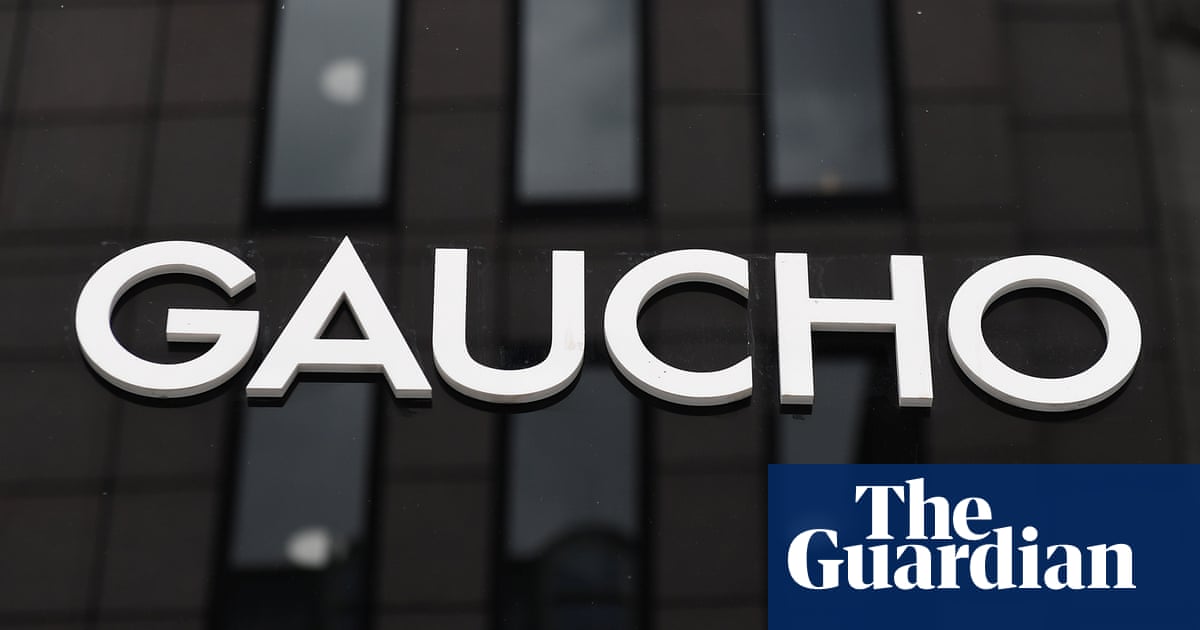 Breaking news …Gaucho has filed for administration and has closed all its Cau branches with immediate effect.

Bad news indeed. I went to their website and this was all that’s displayed. 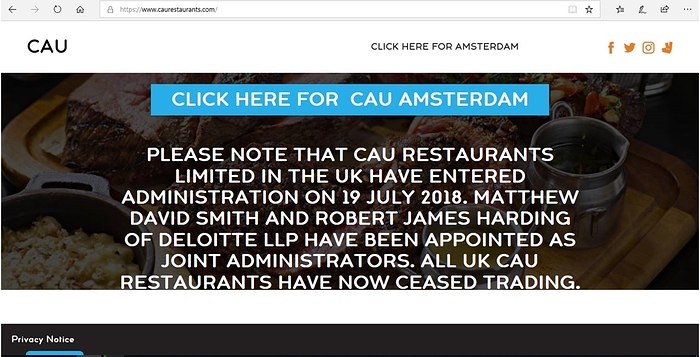