We’ve eaten at Salvi’s on John Dalton Street a number of times and enjoyed it. But it’s fair to say, one of us has been more enthusiastic about the food than the other. So, when one of us ate at the original place at the Corn Exchange and reckoned the food better, we just had to go and give it a try. Unfortunately, it confirmed my prejudice against restaurants in basements – they just never seem to be as good as they’re cracked up to be. Yep, I accept it’s a prejudice (but the Albert Square Chophouse isn’t as good as Sam’s – and the old Michael Caines place at Abode was never as good as it thought it was).

Let me address the practicalities first, as they were what we encountered before even ordering. It’s a tight space. Tables are close together so you almost feel part of the conversation on the adjacent one. And a bit of a squeeze to get between them unless you’re of stick insect size. And the toilets need some basic maintenance – one of them had no seat and, in the other, the seat was loose so you wobbled about when sat on it. It’s really not acceptable.

The menu is relatively short for an Italian restaurant and leans heavily towards its Neapolitan heritage. So, there’s fritti to start for both of us – a handful of dishes of deep fried stuff – I can’t think of anywhere else locally where you’d see these on a menu. There’s squid rings and courgette batons coated in a very light batter. They’re good and there’s a thick sauce (tartare?) to dunk them in. There’s also a handful of rocket. But there’s no dressing on it, no oil & vinegar on the table and, as I wanted to eat my fritti while they were hot, no-one to ask for dressing, as the staff were dealing with other tables. The other plate was soffietti – deep fried dough balls. There’s a lot of them – easily enough for two as a starter – and they’re solid and chewy (fine at first but hard work after the first two or three). They come with a lovely light tomato and basil sauce. Several of them just had to be left if there was to be room for the rest of the meal.

There’s a really good sauce with one of the pasta dishes. It’s a thick, rich tomato and garlic one with nuggets of sausage. It works well with the short pasta which was properly cooked to “al dente”. The other plate was less successful. The spaghetti was very al dente, with the occasional bits almost crunchy. The light tomato sauce was as good as the earlier one. There’s mixed seafood – clams, mussels, prawns – but there had been something of a lack of care by the kitchen in the preparation. A couple of the mussels hadn’t been debearded and another couple had cracked shells – and you’re not going to risk eating them, are you?

Desserts were another mixed bag. Cannolo was excellent. A real good crisp pastry and a well flavoured ricotta filling (they also do it with Nutella). But tiramisu was disappointing with no real flavour of coffee or booze and just tasting of a generic “sweet”. Espresso tasted fine but wasn’t very hot.

We went to the John Dalton Salvis years ago and found it quite delightful. Sounds like you’re mixed on this branch, John. During a 50% food event we had visited another Italian restaurant in a warehouse area - it had an ice theme for some reason and I can’t recall the name. But I do remember the most amazing veal chop! Hungry!

Next time you’re back in the Rainy City, have think about these two Italian places (not in the city centre itself - one a shortish walk into Salford, the other a tram ride to Altrincham). You’ll need to book for both. 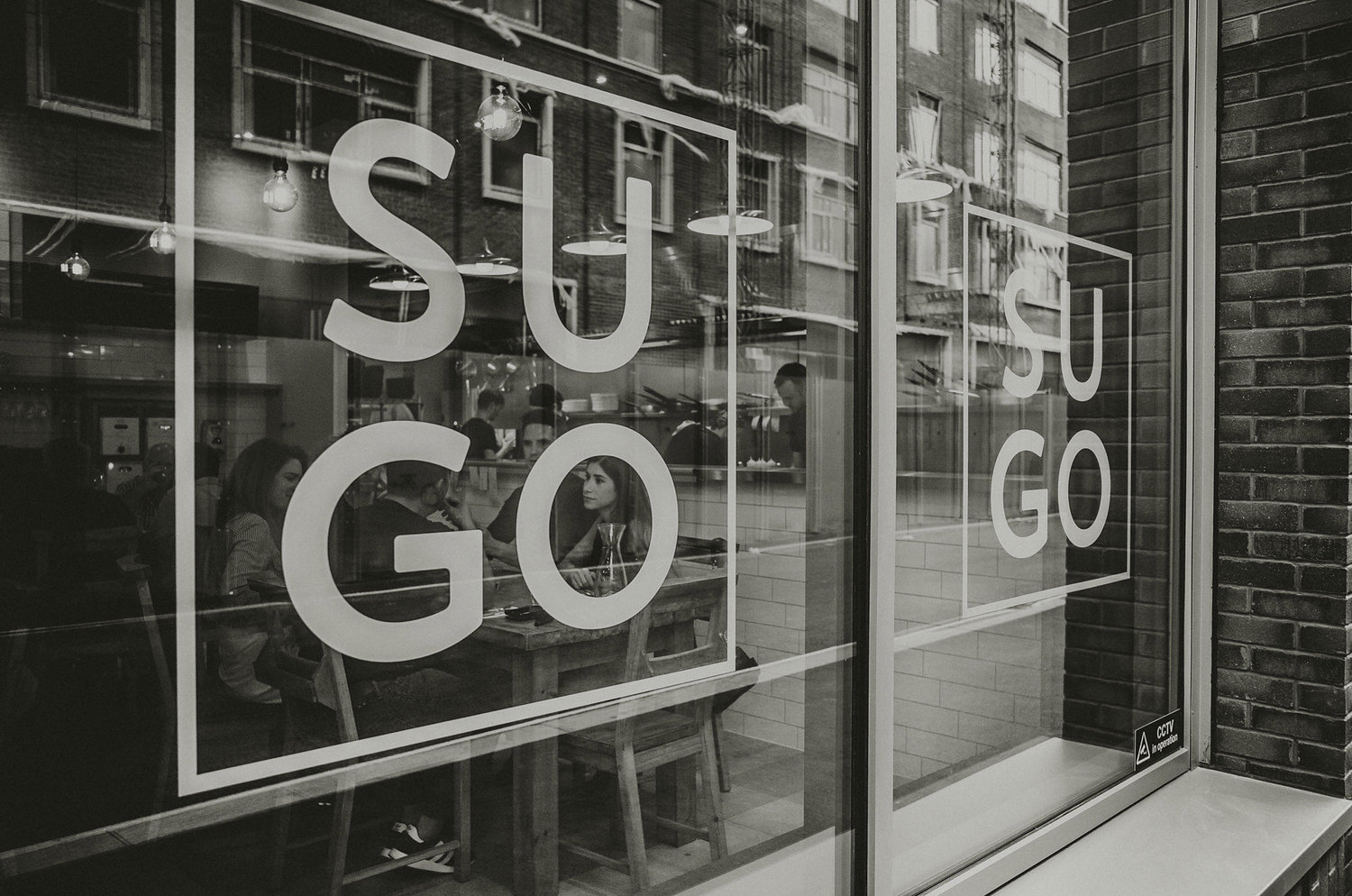 Call the food “Modern Italian” if in need of a label - but both damn good, IMO