It is, literally, decades since we were last at the Armenian. Walked past it since then many times but always on the way to somewhere else. Founded in 1968, it’s the fifth longest established restaurant in the city centre and , like many other places in the centre, it’s in a building’s basement. Have to say, I am less than keen on basement places, preferring restaurants that are a bit more light and airy – but that does limit your city centre choice fairly significantly. Last time we strolled past, we said “We really must give it a try again”. So, here we were on a wet Tuesday evening, having got the tram in from East Didsbury. No more driving into the centre, after last week’s nightmare with road closures, trying to get to the Northern Quarter Restaurant.

The space is in need of refurbishment and modernisation. It all looks very old fashioned (and not in a good way). But they make an effort with proper tablecloths, napkins and nice glassware.

The menu will be broadly familiar to folk who have eaten at Eastern Mediterranean or Middle Eastern places where national cuisines owe a history to the Ottoman Empire. There’s dips, like houmous, kebabs, and the like. But it also looks northwards, towards other former Soviet Union republics, like Georgia and Ukraine. Other dishes may be specifically Armenian or, at least, the chef’s creation, as Google only brings up the restaurant’s menu listing in some cases.

Falafel, made with broad beans as well as the usual chickpeas, was a good version. Crisp coating and a pleasant mild spicing that was different from the flavours of, say, the Lebanese version. Better still was “salarov ev bazuk” – a salad which may be their own creation as the only internet reference I could find was to the restaurant. There’s the earthiness of shredded beetroot, a sweetness from chopped prunes and a crunch from walnuts. It’s lightly bound together with mayo and garlic. Really nice. We also shared a plate of pickled vegetables – mushrooms, green beans, cornichons and the like. A wider selection of vegetables than you find in Middle Eastern places and a much lighter pickle

As for mains, golubsty is one of the dishes that looks north for its origins, in this case towards Russia. Cabbage rolls stuffed with minced chicken, rice and herbs, cooked in a thin tomato sauce. It came with a little grated carrot and cabbage salad and a dollop of sour cream. Tasted fine. The other dish was a vegetable khorovats – Armenian BBQ. Aubergine, red pepper and tomato cooked, presumably, on the grill and topped with a sprinkling of pomegranate seeds. It was a light and simple dish which needed the help of some of the thin house made lavash bread.

It wasn’t busy and service, from the one guy, was fine. I’m glad we went but I doubt if we’ll conclude it was worth the schlep in to the city for, so maybe not one to rush back to.

Crikey, only 37 years ago since I was last there.

The menu will be broadly familiar to folk who have eaten at Eastern Mediterranean or Middle Eastern places where national cuisines owe a history to the Ottoman Empire.

I’ve always been curious about Armenian cuisine, but never had the chance to try it yet.

I do have friends of Armenian descent both in Singapore and Penang (both cities used to have prominent Armenian communities who’d largely emigrated, mostly to Australia, after Malaya got its independence from the UK in 1957), but their cooking here in Singapore & Malaysia have completely assimilated into the wider Eurasian community’s, whose cuisine is a blend of Portuguese, British, Dutch and Indian. 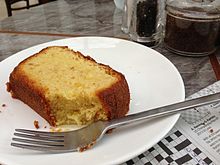 Eurasian cuisine of Singapore and Malaysia

The Eurasian cuisine is a 'fusion' cuisine, mainly existing and found in the countries of Singapore and Malaysia. In general, Eurasians are people of any mixed European and Asian ancestry. However, if referring to Eurasian cuisine, usually the amalgamation of Portuguese, Dutch, British, Chinese, Malay, and also Indian and Peranakan influences is meant. Within this cuisine, ingredients in European dishes are replaced or complemented by Asian ingredients. Conversely, European ingredients are used ...