Mana is Greater Manchester’s first Michelin starred restaurant since Juniper closed in Altrincham in about 2008. It’s taken us a while to get to eat here. Our first issue was the almost impossibility of getting a table. But, secondly, we felt in no rush. Long tasting menus are no longer the way we want to eat. In truth, they feel a bit Noughties and can be something to endure, rather than enjoy. But, when somewhere is almost on your doorstep, you gotta do what you gotta do.

So as not to keep you in suspense, let me tell you this was absolutely a meal to enjoy, not endure. Part of that was the timing of each course – no long delays with thumb twiddling. And it wasn’t just the timing that was perfect but the cooking, as well. There was not a cooking glitch in a single course - they were all inventive, flavours bang-on, perfectly conceived and perfectly executed. A criticism of the small portion of the tasting menu concept is that, when you come across a really good dish and want a second mouthful, there isn’t one. Here, the flavours are so intense, you probably wouldn’t want a larger portion. This is Michelin 1* food, knocking on the door for the second star.

The room is modern, with an open kitchen, so you can watch the chefs work. And it’s one of those places where a chef brings you the dish they’ve just prepared. And it’s almost as likely that a chef will clear the dirty crockery than a front of house member of staff – an absolute team effort at the top of its game. So, front of house are resetting cutlery, keep drinks topped up – and they do it seamlessly. Things happen just as they should.

In other restaurants, I might write in some detail about the food we ate. But I wasn’t taking notes and there were a lot of dishes and all were complex. So, I’ll just transcribe the menu and leave the reader to imagine what might have been put in front of us.

A warm tea of bio-dynamic turnip, turnip leaf and wildflowers

Our first issue was the almost impossibility of getting a table.

How long did you have to book ahead, John?

Round about 3 months, Peter.

It’s usually even more difficult. They release a month for booking and it’s gone within minutes. As the industry was starting to open up again, I think they put more dates on and, certainly, when we had a casual look, there were lots available, so we took the plunge. Presumably it will get tricky again when things settle down.

One nice thing this morning. I also post reviews to Tripadvisor and the chef, Simon Martin, “liked” my review.

That’s good, - shows they still care what people think !
How much was it, Mr H ?

Round about 3 months, Peter.

Oh wow. You are lucky indeed.

One nice thing this morning. I also post reviews to Tripadvisor and the chef, Simon Martin, “liked” my review.

How much was it,

It was £155 each. I think they must be getting their pricing in early before the second star! This is not cheap by 1* standards. And they take the full amount at reservation. Which just leaves you drinks and the service charge to pay on the night. Herself took the wine flight - that with a couple of non-alcoholic drinks befre, a couple of bottles of water and coffees added another two hundred quid. A very expensive evening for sure but I didnt come away thinking they’d taken the piss. Well, not much.

As for the discretionary service charge. They add 12.5% which has been the London norm for a few years but seems to be overtaking the norm of 10% in the rest of the country in higher end places. Currently it is distributed amnogst the full team but, from November, it is being scrapped and service will be fully included in the menu price with nothing further required or expected. Menu prices will, of course, increase as will everyone’s salary. Good for Simon Martin in introducing a long overdue change for the industry

Reportedly, chef is a liar, bully and racist:-

Simon Martin is Manchester’s best chef. Is he its worst boss?

On the other hand, as I mentioned upthread, Simon Martin has scrapped the service charge and the restaurant does not accept tips. From the website “We have decided to remove this practice from our restaurant to improve the welfare of our team and the reputation of our industry. All members of staff are paid a highly-skilled professionals salary and we will not accept tips in any form.”

Bloody hell, what a going over her gets there. the NOMA comments seem particularly damaging, given they cant really be accused of having an axe to grind…

That was an intense read. I can’t even comment intelligently because I’ve never been / have no direct experience. Just wow.

having an axe to grind…

A perhaps unfortunate turn of phrase, mate - bearing in mind what, in the article, he is alleged to have done with one to live eels.

The story reaches the national press:- 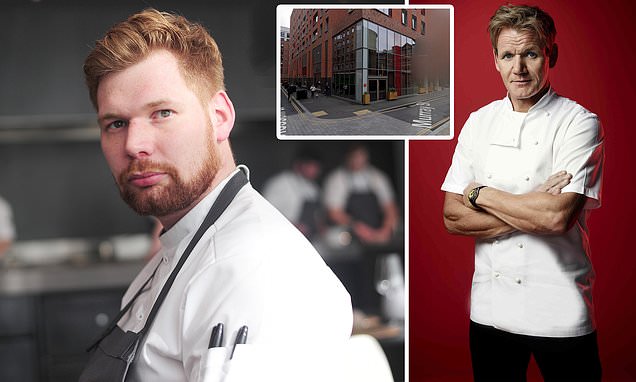 Simon Martin opened Mana in Manchester's Ancoats district in 2018 and it won a Michelin star after inspectors praised its 'exciting modern dishes with Nordic influences'.

And, just to be clear…I am not a habitual Daily Mail reader. I do have my street cred to maintain

Oh my, in the age of the Internet, how far can one go with untruths?

I’m fascinated to follow how this plays out. One thing for sure - this is one heck of a talented and inventive chef. And, on one level, if he hasnt cooked at the level he claims, his natural talent probably goes up a notch.

UK Michelin awards on Wednesday night. I’m still betting a second star. Unless this story has killed it.

UK Michelin awards on Wednesday night. I’m still betting a second star. Unless this story has killed it.

It may very well has. Michelin tends to steer away from controversial people & places.

Reminded me of a similar controversy in Malaysia back in 2011. Then, up-and-coming local TV chef, Mohd Nadzri Redzuawan aka Chef Riz, became the youngest of the judges on TV reality cooking show, Masterchef Malaysia. Malaysians were familiar with him, but were still massively incredulous to read on the show’s web-site that his CV included stints as the chef de cuisine of Mario Batali’s flagship Babbo in New York, and sous chef at Eric Ripert’s Le Bernardin.

So, some journalists started making calls to New York, where both restaurants refuted Chef Riz’s claims of having worked with them.

It wasn’t enough to assuage the local viewers, and Chef Riz had to resign from the show amidst howls of derision. The damage was already done.

A demonstration inside the restaurant last night. The cops were called and made arrests. 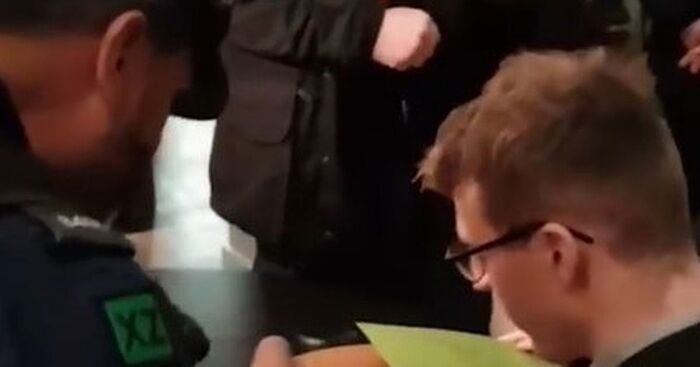 And they’ve also been at it in London: 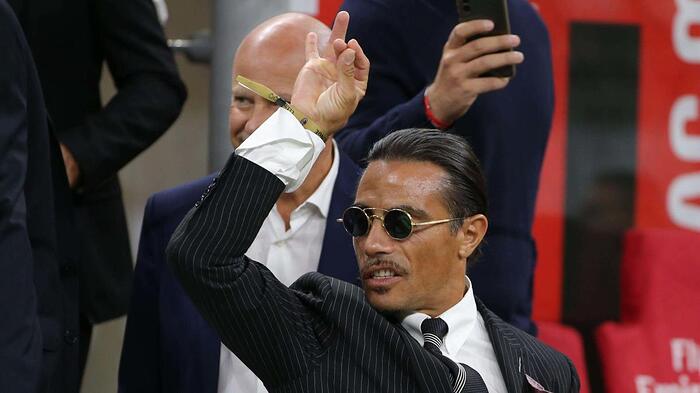