My knowledge of Lithuanian baked goods is zero, but I am posting here because I thought its great to have quirky little places like these in the local food scene that serve something totally different.

How the Kuciukai Crumbles: Alameda Now Home to the Only Lithuanian Bakery on the...

When Vaidas Sukys first opened Mama Papa Lithuania (1241 Park St.) in 2013, I wrote about how the quaint little restaurant in Alameda was the...

I’ll have to try it . I loved the food at the restaurant . I talked to the owner and he said he has the black rye bread flown in from Lithuania . Impressive . The only Lithuanian restaurant west of Chicago . I am also of Lithuanian descent .

Any Lithuanian specialty that you would recommend that we try, either in the bakery or in the restaurant?

I enjoyed the beet salad and had the stuffed cabbage rolls . They had a garlicky paprika sauce . And the fried garlic rye bread . Try the amber tea also .

Are they big on garlic in Lithuania?

Not so sure on the garlic . Have never been there , maybe someday . Have a look at the menu. http://www.mamapapalithuania.com/menu/

No, not really with the garlic - not to my experience - some but it’s not everywhere in every dish.
Lithuania is closer to Poland in its food. They were one country for quite a while.
Lots of dill, though.

Finally made it over. Based on one visit, great place, would return frequently if I was in alameda more.

I had summer borscht. It was quite good. Full of dill, additional pickles. I’ve never had borscht made quite that way ( large chunks of beet ), but there’s many allowable variations, and the taste had that exact summer taste.

I also had the chicken goulasch. While I’ve never had this dish in lithuania, I thought it might be similar to bigos in poland, but it wasn’t ( no beans in goulasch ). It was more like a chicken potato stew, and it was really tasty. The chicken was moist ( thighs ), the sauce was packed with flavor.

Prices were a little high, lithuanian was spoken in the kitchen, cozy almost romantic place. 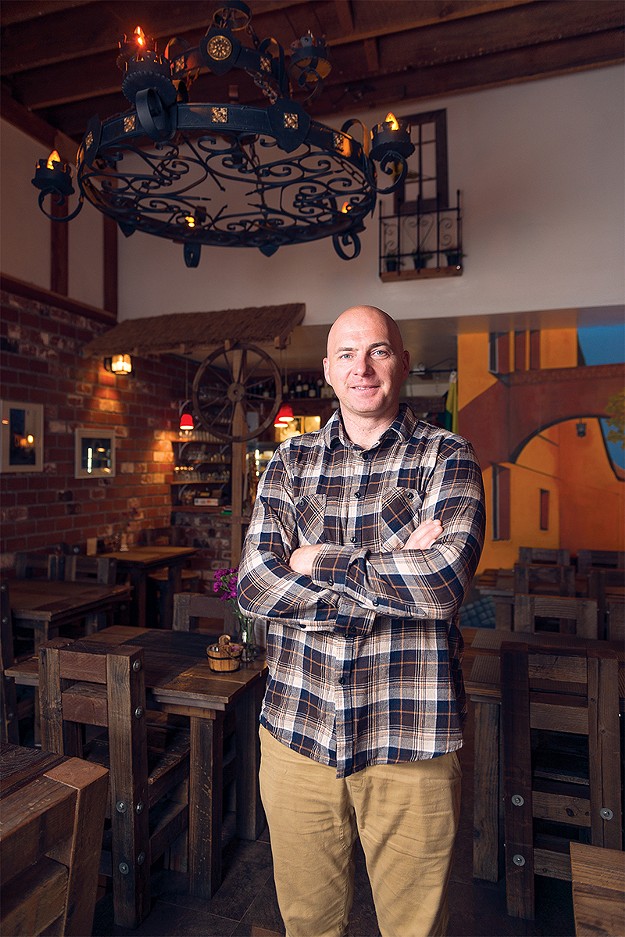 The only Lithuanian restaurant in the West fits in nicely.

As far as I know, they still have their bakery next door which sells seriously addictive cookies!

No, the Bakery is closed. It is slated to be something else but what slips my mind.
They may still be baking somewhere but the Store Front is no more.

When I talked to the owner . He has the black rye bread flown in from Lithuania . I still have a small bag of amber that he gave me to make tea also. Love this place . Maybe cause I am 50% full blown Litwanian .

That reminds me of the Anchorman line: “60% of the time it works every time.”

Went today with a big group, so we ate nearly every entree on the menu. Fried bread was seriously addictive; I was less into their version of pierogi, which are deep fried and the size of hand pies. I want to go back when it’s cooler than 80+ degrees and get soup and also try that honey cake.

Been there. I’m Lithuanian. Good beer . You have to try the amber tea . I remember getting the stuffed cabbage.

Yes, the wheat beer I had was pretty good.

Love the stuffed cabbage and honey cake. Rye bread sold in 2-lb loaves so freeze it fast or it goes stale quickly.

Loathe the chairs, however. DH and I have not been so uncomfortable EVER on such tortuous seats. Too high, too flat, and your legs run into the sturdy table legs, making it awkward to sit.

Also, they may have changed the style of making coffee, but it was a very bad idea even if authentic. They pour boiling water over coffee grounds but don’t stir or filter it. They claim “it settles” but ours never did although we waited over 10 minutes; we ended up with mouths full of wet grounds, ugh. Hopefully they have discovered Chemex filters by now, LOL!

Mama Papa is closing at the end of July because the owner is going back to Lithuanian to run for a seat in their parliament. 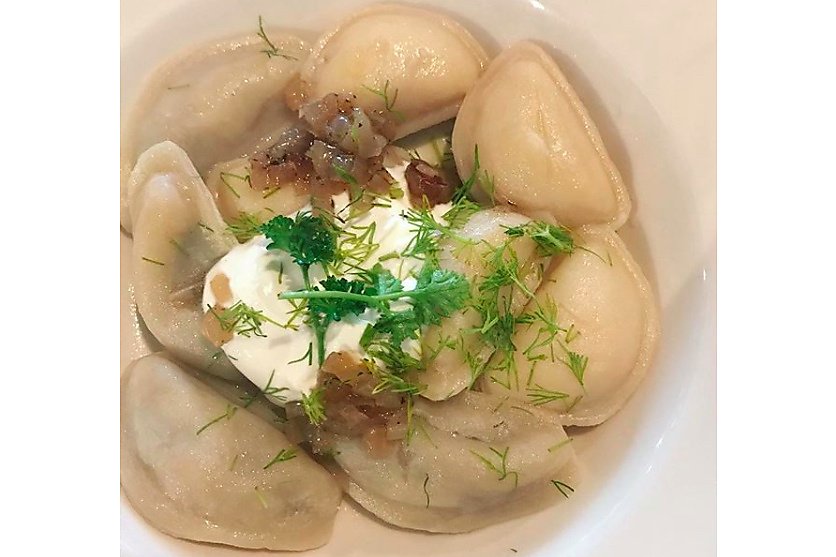 Fans of the dumplings and cabbage rolls at Mama Papa Lithuania in Alameda have until the end of July to go back.