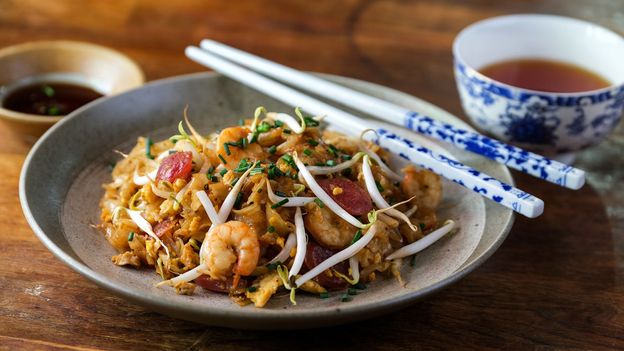 Food-loving Malaysians have been known to debate the best local food spots for hours. But one thing they all agree on is that the best char kway teow can be found in Penang.

Every Penangite will have his or her own favourite char koay teow - some like theirs less greasy, some like their noodles wok-seared more than others, some prefer their saltier, etc. So, they’ll seek out a “char koay teow”-man whose rendition suits their palate.

That’s why we have so many different opinions on which char koay teow spot is the best in Penang.

I have limited CKT experience but I probably prefer it less greasy and the noodles wok-seared.

I remember eating it in Singapore. Can’t remember if I ate any in Malaysia. It was pre digital camera days.

I remember eating it in Singapore.

The Singapore version is gluggier and mushier, with sweet dark soy sauce (besides thick dark soy sauce and light soy sauce) added to give it a caramelly finish. Yellow Hokkien noodles are also added to the flat rice noodles (“koay teow”), plus blood cockles, beansprouts and egg. Usually, half a cup of water is added towards the end of the frying process to make the noodles mushy.
This is how Singapore char koay teow (from Outram Park Char Kway Teow, one of the top spots in Singapore) looks like: 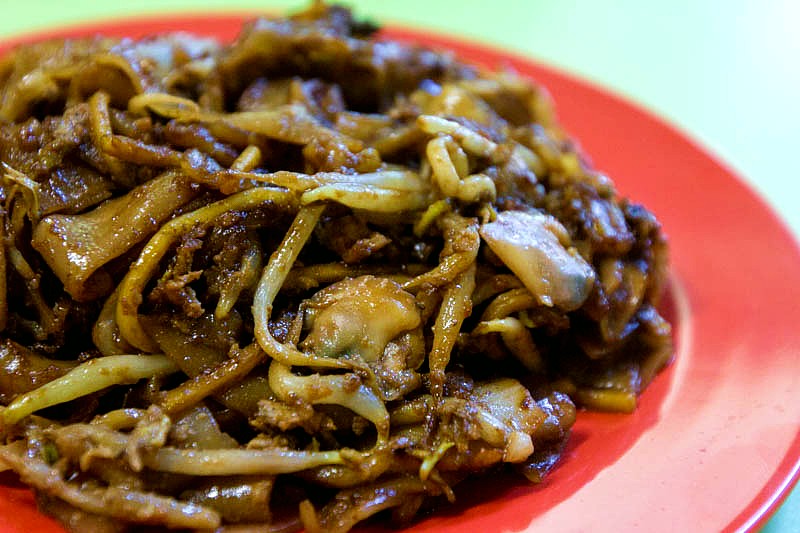 The Penang version is a light, stir-fry, with light soy sauce and fish sauce added (no dark soy sauce, sweet or salty), and no Hokkien noodles are added. Penang char koay teow will have cockles, shrimps, egg, chives, beansprouts and Chinese sausages added. It cannot be mushy, else Penangites will scream blue murder.
This is how Penang char koay teow (from one of Penang’s top CKT spots: Red Hat Lady @ Heng Huat Cafe, Lorong Selamat) looks like: 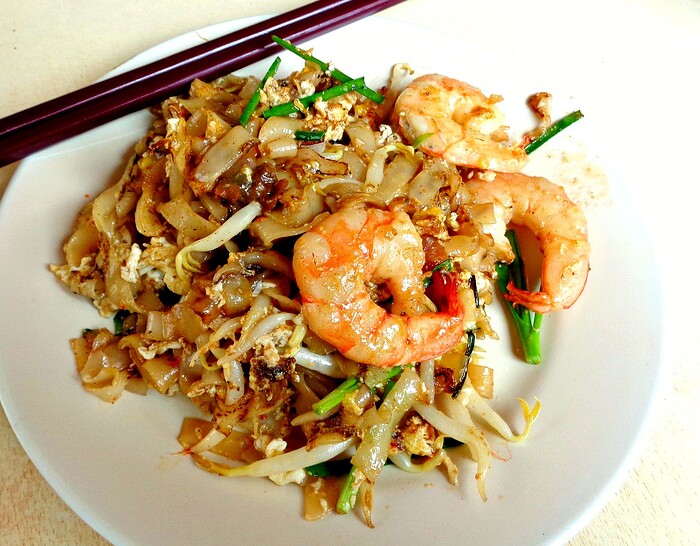 I’d never found any place in Singapore which served genuine Penang-style char koay teow all this while! It’s as if no one in Singapore bothered to offer the “real” thing.

Penang version all the way!

The high humidity in Singapore was so traumatising we won’t be returning anytime soon.

I always make a list of places I wanted to eat at, each time before I go back to Singapore. Then, when I am actually back - 90% of the time, I ended up staying at home, in my air-conditioned bedroom all afternoon, away from the heat and humidity.