Dapur Cho Cho (literally “great-grandmother’s kitchen”) in Malacca’s Batu Berendam district is a 4-generational family of “kueh” (Nyonya cakes)-makers who ran a virtual cottage industry churning out limited amounts of “Nyonya kuehs” made to exacting standards daily. They use the freshest, locally-sourced ingredients - some were literally grown in their back garden - for their “kuehs”. Dapur Cho Cho does not have its own retail shop or eatery, but supplies its “Nyonya kuehs” each day to well-known Malaccan dining establishments like Nancy’s Kitchen, Amy Heritage Nyonya Cuisine, and the grand, old Majestic Hotel.

One of Dapur Cho Cho’s most popular “kueh” is the onde-onde, as it’s called in Singapore and Malaysia, although in Malacca, it’s sometimes called buah Melaka. In Indonesia, it’s called klepon (the Indonesians funnily called a popular deep-fried pastry of Chinese origin - jian dui - “onde-onde”, instead). 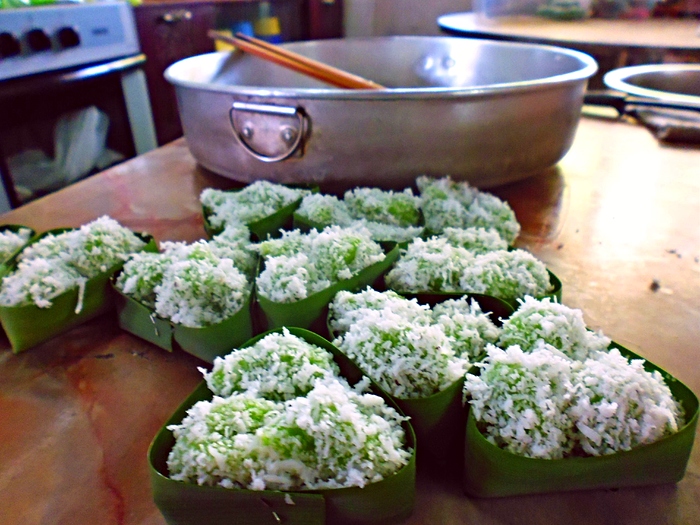 Dapur Cho Cho’s onde-onde had a subtle fragrance which is hard to find in most other “kueh” places nowadays. Its dough was soft & pliable, and the Gula Melaka (palm sugar) filling had a deep, smokey flavour which only the best-grade Gula Melaka will have.

We made a visit to Dapur Cho Cho’s domestic-sized kitchen, in the family’s home in Batu Berendam. What struck us on the way in was that the rather wild-looking garden around their house consisted entirely of edible plants, herbs and fruit trees. Dapur Cho Cho is currently managed by siblings, Juliet and Andrew Cheng, twenty-somethings who inherited the business from their mother. Andrew showed us the pandan Serani (also known as daun cendol) growing in the their back garden. The pandan Serani has a subtler fragrance compared to the normal pandan which grows from the ground like a large shrub. 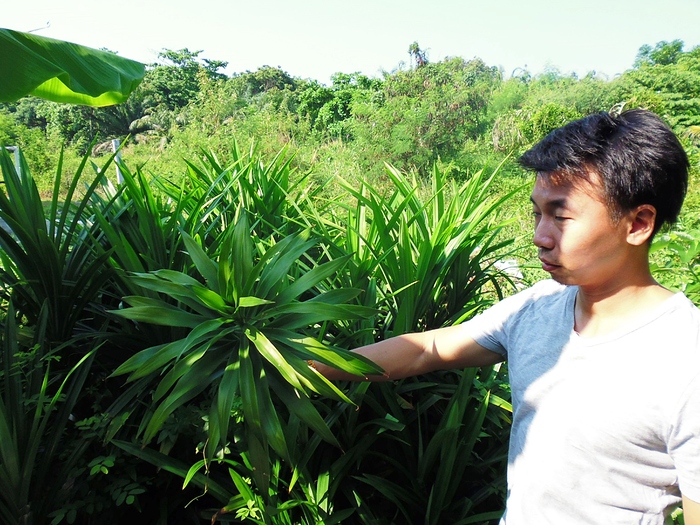 We also noticed bunga telang (clitoria ternatea) blooms and daun ramay (mugwort) leaves being left out to sun & dry for their use in Nyonya kuehs. The bunga telang imparts a blue colour which the Nyonyas like to use to tinge their apom berkuah and other “kuehs”, whereas daun ramay tinges the “kuehs” black, e.g. for “kueh ku hitam”. 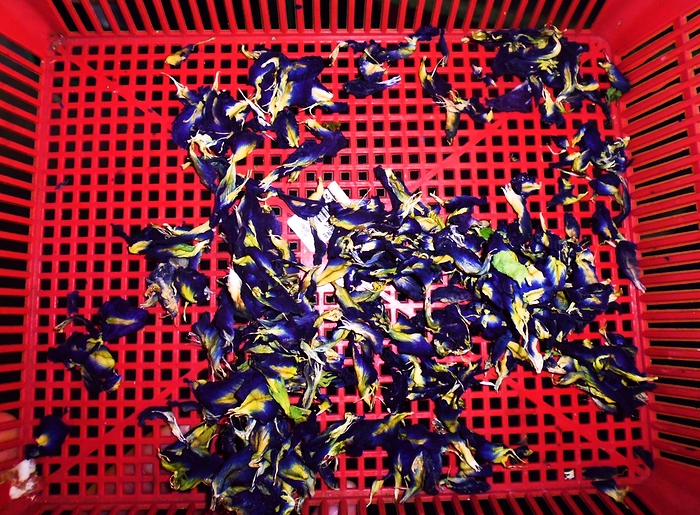 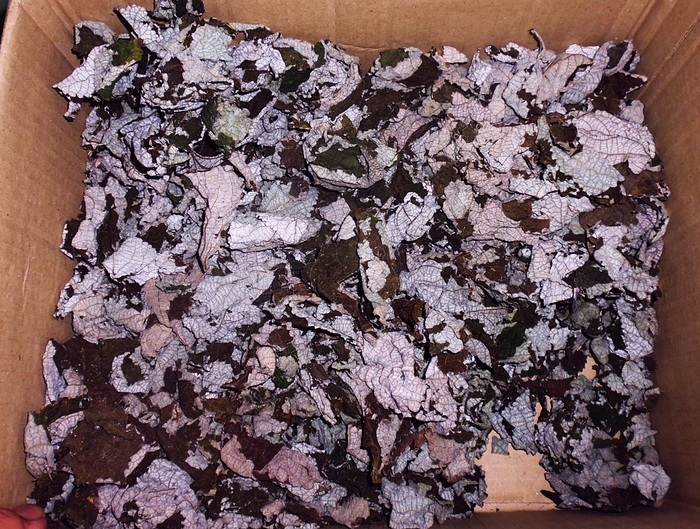 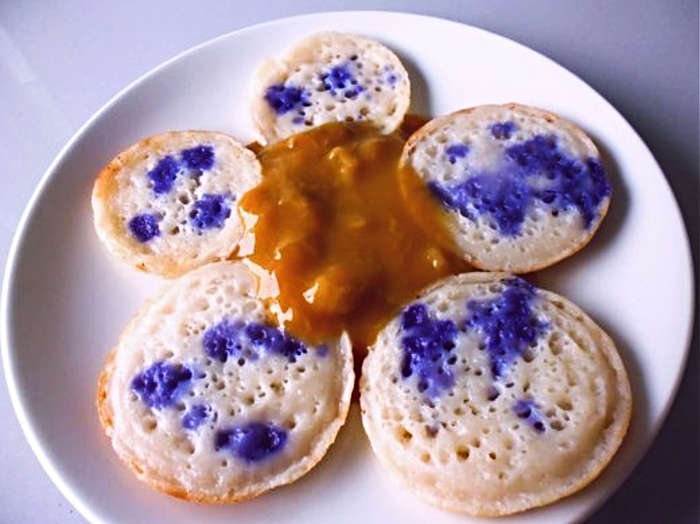 Kueh ku hitam - steamed cakes made of glutinous rice flour and filled with mashed, sweeteed mungbeans. The Korean tteok rice cakes and the Japanese mochi sweet share the same origins as this “kueh” and have the same textures: 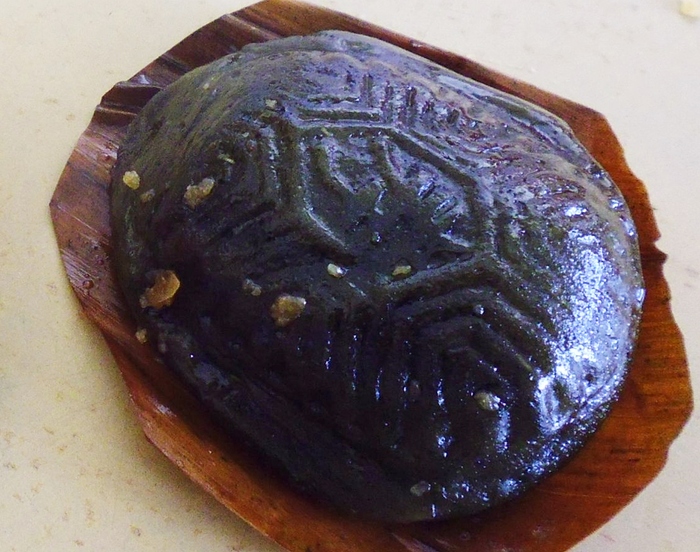 We were shown how “lepat kachang” (Malacca-speak for Malay “ketupat” - glutinous rice cakes wrapped in palm leaves & boiled) were made: first, the fan-like palm frond which provided the leaves used to wrap the glutinous rice-peanut “kueh” were carefully peeled, cleaned and soaked till pliant: 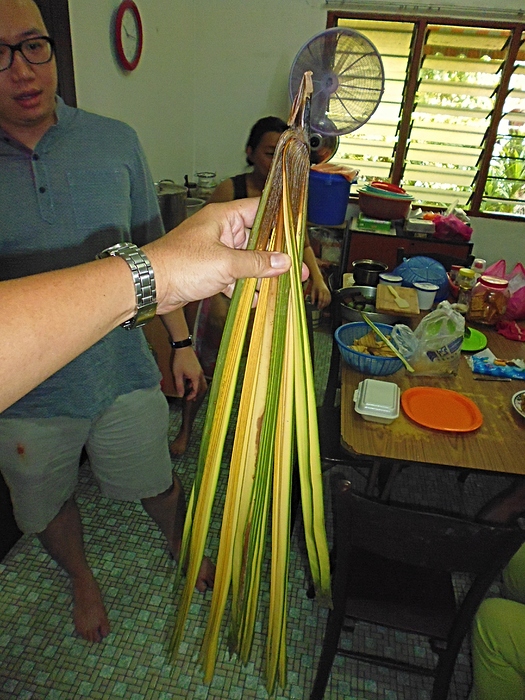 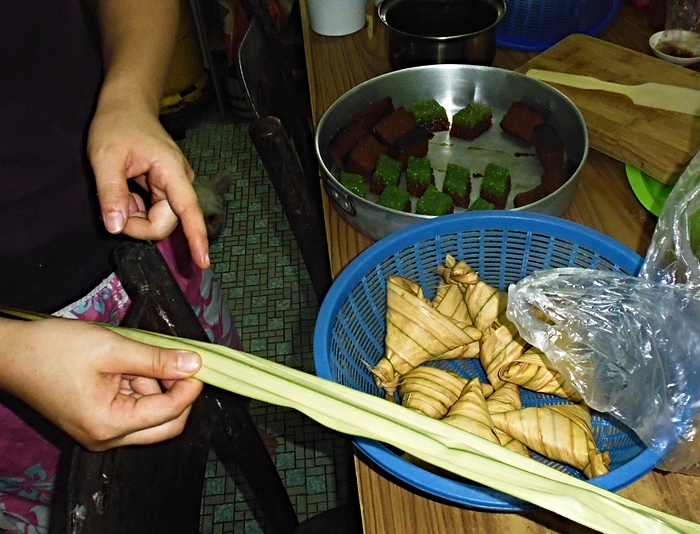 The glutinous rice and black-eyed peas were flavoured with coconut-milk and sugar before wrapping. “Lepat kachang” are wrapped into triangular-shaped parcels, and boiled in water. The version at Dapur Cho Cho was delicious - sweet-and-salty-flavoured, with a lovely texture (most other versions I’d had tended to be too hard/chewy). 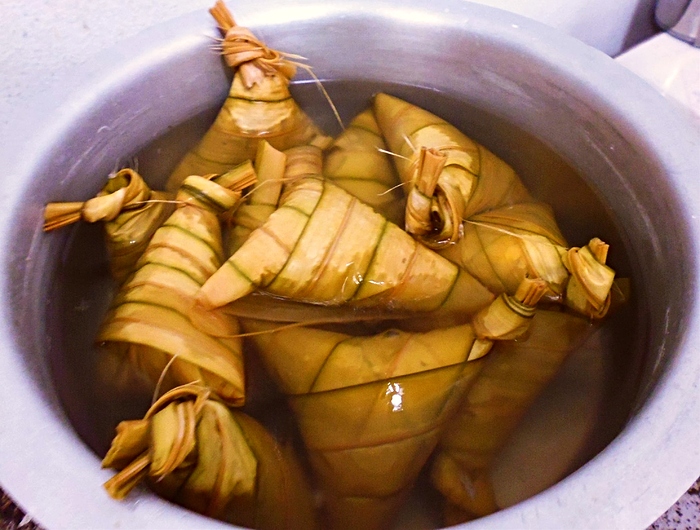 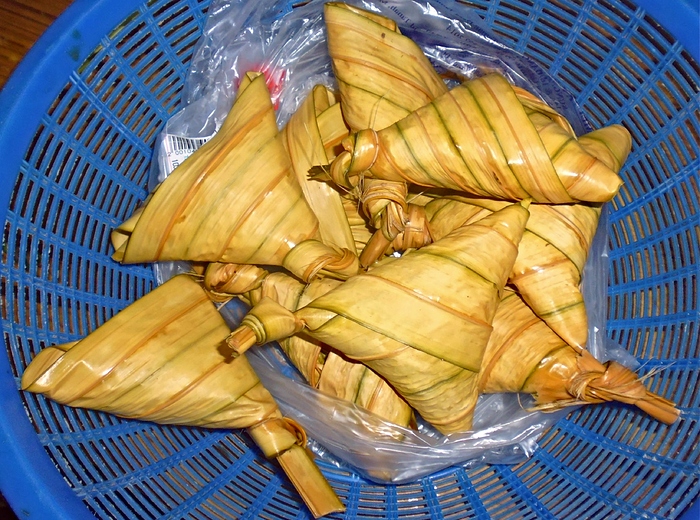 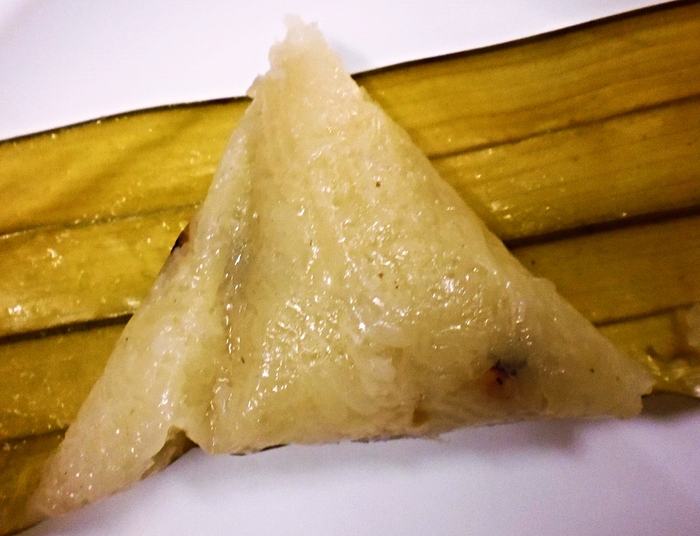 Another “kueh” which Dapur Cho Cho is famous for is the apom balik - small, folded pancakes flavoured with palm sugar. The family used a special brass mould handed down from their “cho cho” (great-grandmother) to make the “apoms”, just seven at a time: 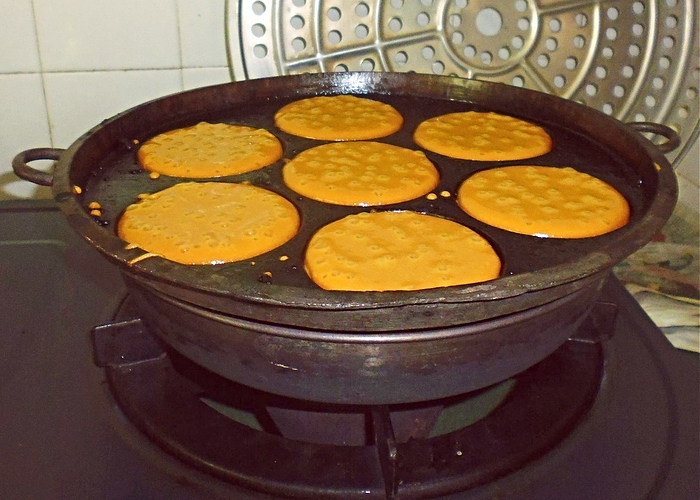 Apom balik ready-to-eat. In Penang and other states within Malaysia, “apom balik” refers to other types of pancakes. This is is typical Malaccan: chewy and sweet: 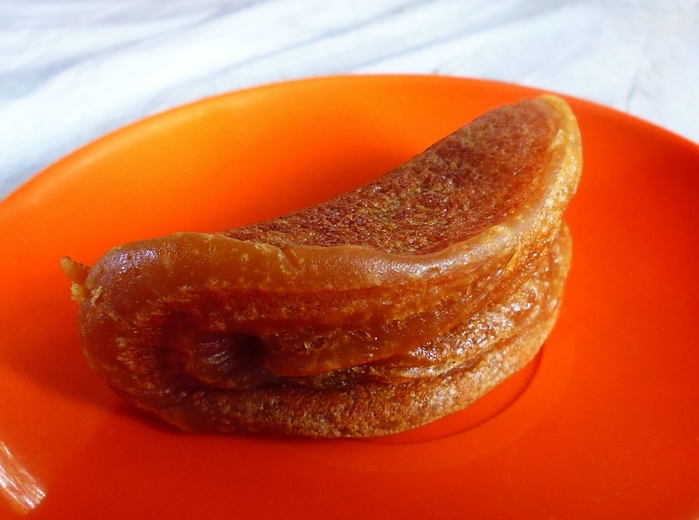 I’m amazed that the wonderful “kuehs” found in quite a few of Malacca’s top dining establishments came out of this little kitchen. Anyway, the limited numbers produced by the family meant the traditional home-baked flavours are retained.
Many thanks to Debbie Lee (ex-President of the Malacca Heritage Trust) seen in the foreground of the picture below, for showing us this gem of a bakery. 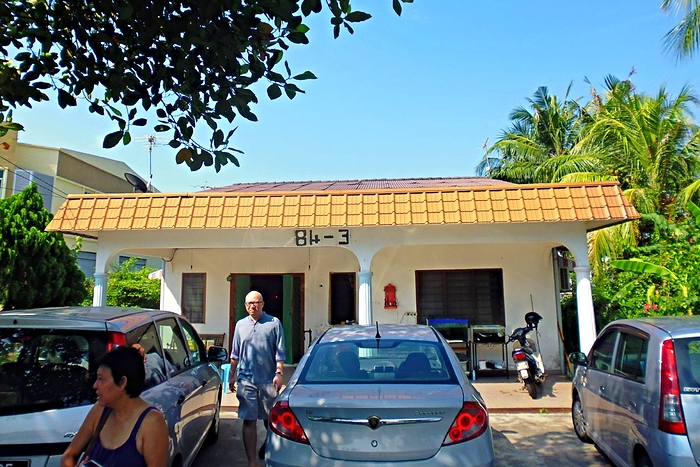