Making Dining Reservations during a Pandemic

Hi y’all! My names Christian and I’m a UX Designer currently working on improving the process for making dining reservations. Of course, with the ongoing pandemic, people are dining out a lot less and ordering in instead. Many restaurants have adapted to the times by offering outdoor seating and enforcing social distances within their spaces. However, a key part to make this effective is also making those options known and easily accessible. I’m hoping to develop a product that can service both customers and restaurants, making dining out options both safe and readily available, considering we still don’t know when things will return to normal.

If you’re interested, I would greatly appreciate if you can spare 2-3 minutes of your time to fill out this survey!

I think this may be a tricky one for you. Are you intending this to be a new product to compete with the likes of OpenTable, ResDiary, etc? Or an add-on to try and sell to those companies. Either way - good luck.

I think the tricky bit will come from designing a product which fits for differing jurisdictions. The regulations applying to restaurants may be different where I am in the world, from where you are in the world. If you were hoping to develop a product for, say, OpenTable then that company operates across many countries. I use the company not only at home but find it a great benefit when I’m planning to make a reservation at a restaurant in a country that may be several time zones away, or where I may struggle to communicate in the local language.

Where I am, restaurants have been allowed to open now for several weeks. And, of course, they all have to comply with the same regulations but there are different interpretations of how compliance can be achieved. For example, the over-arching distance rule is a 2M gap between tables. However, places are allowed to operate at 1M distance, so long as they have instituted other procedures. And its the variety of other procedures that I suspect makes it tricky for you to design. For example, how to compare a restaurant which, say, installs perspex screens between some of its tables, but the staff don’t wear masks with a place where staff are masked and deliver food/drink to the edge of your table, on a tray for you to take yourself. Had both of those in recent weeks. I suppose it could be a “tick box” arrangement but I’m not sure quite how helpful that would be.

By the by, where I am the government supported a restaurant discount scheme during August, as a way of kick-starting a return to opening. It was, apparently a roaring success with many local restaurants saying they had had their best ever nights. It’ll be interesting to see if it has actually provided a kick-start or if folk only went out to dinner because of the discount.

It most definitely is tricky because I am in the earliest stages of developing it and am studying the subject matter as I work on it. I’m currently transitioning into UX Design from Industrial Design and this is the start of my capstone project where I’m gathering research information. I’m also working from the New England region of the U.S. so I guess for now the U.S. is where most of my research will be coming from but I really appreciate you sharing this information because its not something I had yet considered. I’ve also traveled to a couple different regions in the U.S. during the pandemic where I experienced different regulations and options, but for the most part dining out was still possible in those areas.

I am intending for it to be a new product to compete with the likes of existing products such as OpenTable, Yelp, etc. However, the initial idea for the product dates back about two years and had a wider scope focusing on hospitality establishments as a whole (restaurants, bars, nightclubs, hotels, etc.). At the time, my friends and I found ourselves often having to wait in long lines for such establishments and we thought that there should be some type of app/service that could reduce or eliminate the wait while also providing useful features and resources. I decided to narrow down my focus to dining experiences after seeing that not all of these establishments function equally or utilize the same tools and also after seeing the increase in use of reservation making systems during the pandemic.

I’m hoping that I can eventually develop this product further into what I originally intended, where people can pretty much plan out all types of activities and events ahead of time and receive some sort of confirmation/guarantee, but that will most likely be a long way down the road.

Once again, thank you for the response, I appreciate any feedback or helpful information!

I am intending for it to be a new product to compete with the likes of existing products such as OpenTable, Yelp, etc. However, the initial idea for the product dates back about two years and had a wider scope focusing on hospitality establishments as a whole (restaurants, bars, nightclubs, hotels, etc.). At the time, my friends and I found ourselves often having to wait in long lines for such establishments and we thought that there should be some type of app/service that could reduce or eliminate the wait while also providing useful features and resources.

I think you are still at the point where you don’t know what you don’t know. OpenTable and Yelp are very different with minimal overlap. OpenTable is all about reservations. Yelp is reviews although they sell some coupons like Groupon. You are going to need some other disciplines. A marketing person with experience in hospitality will tell you that restaurants in general despise Yelp, so referencing it–even if you dive in yourself for research–is likely to be a ‘no sale.’

You might look at how movie theaters approach online sales for their premium theaters (Bow Tie for example) where you can pick your seat and even order from the concession stand online or from your phone. You’re also going to want to be smarter about the number of no-shows for restaurant reservations. An 8-top that doesn’t show for a 7p or 8p reservation is a big deal in an area where pandemic regulations requires all reservations.

Don’t limit your research to the US. Other countries are significantly more advance than the US using technology that incidentally reduces contact time. Chip and pin comes to mind. Widespread use of QR codes for menus is another.

In addition to marketing you’ll want general business discipline for a deep dive competitive analysis. You’re going to have to focus on real value-added compared to existing applications. If you’re a big risk taker then go for it. You’re more likely to be successful with a bolt-on capability to someone like OpenTable that you can sell and move on to the next idea.

Remember that the people who pay you are you customers. I know of exactly ONE successful business who was very clear on who their customers were and built a business model that had someone else pay for it. If you’re going to sell a reservations-plus tool to restaurants THEY are you customers. The people standing out on the street are the product. If you have to keep the product happy to get them in the door but the restaurant is your customer. On the other hand, a paid app that is free to the restaurant (or better to OpenTable) makes the person on the sidewalk your customer and the restaurant your product.

Yelp is reviews although they sell some coupons like Groupon. 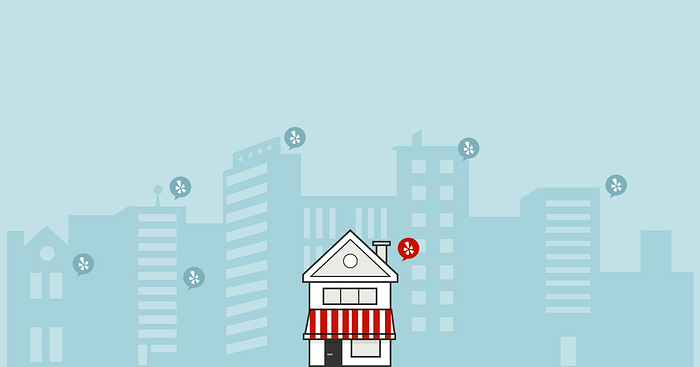 Yelp for Business | Tools to grow your local business

Find and claim your business on Yelp! Respond to reviews, measure visitor activity on your page, convert visitors into customers and grow your local business.

Thanks - that’s new since I used them regularly. Yelp has little value for me in the pandemic. Google Reviews has real traction in my part of the world and I find the reviews more current and useful for takeaway. Once a month treat. It does help that we have two who cook and rotate between her, me, and both.

And OpenTable is also reviews. 8n fact, when I first started using it ( at least 15 years ago) that was the part I valued most.

I am intending for it to be a new product to compete with the likes of existing products such as OpenTable,

I dont mean to discourage you, and I will do your survey, but around here at least, (San Francisco Bay area, and Wine Country) OpenTable is considered a bit of a beast. Seems quite a few of the places we like were trying to cut ties. Maybe that is better for their competitors.

This article I found is pretty old, so maybe things have shifted quite a bit. 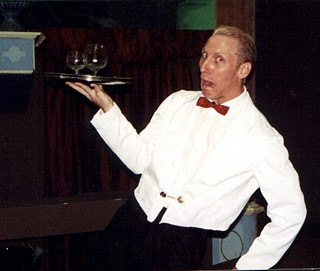 Can (and Should) OpenTable Be Disrupted? – TechCrunch

I've had a checkered relationship with OpenTable. Initially, I loved it as a user, then was let down as the service evolved. For instance I found the eat-at-100-restaurants-and-get-a-measly-$20-check rewards system slightly better than a punch in the...

This one is just a bit more recent (2014) , and does reflect a lot more competition. OP, I’m sure you’re on top of this,but an FYI for some of us. It describes Yelp seat me as mostly SF Bay area.

Zagat 7 New Ways to Get a Restaurant Reservation

Off topic a bit, but I tend to use different apps in Europe.

Off topic a bit, but I tend to use different apps in Europe.

Interesting. Are they specific to particular countries you’re visiting? Reason for asking is that, in the UK and those countries I visit regularly, OpenTable is omnipresent (although you do come across ResDiary and Tripadvisor’s “The Fork”, from time to time).

I have never been to the UK, although we had plans to go this year, and would
have left today.

We usually go to Italy and Spain, so it would be something popular there. I beleive Fork is one. I don’t always keep the apps on phone when I’m not traveling, but I may be able to figure it out.

BTW, one of the places we paid for does not want to roll over the reservation to next year, even though they will not allow Americans in. If someone needs a room in Amsterdam, I’m threatening to pass it on.

Hopefully, you get to my part of the world in the not too distant future. Covid is wrecking travel plans as it’s wrecking everything else. We should have been travelling to Western Canada and also taking an Alaska Cruise earlier in the year. Took a while to persuade the tour operator of its legal obligation to fully refund and not just offer a credit note. And, we have just cancelled our annual trip to Tenerife in January. We just felt it wouldnt be safe for us to travel. We’ve come to a very amicable agreement with the apartment owner, to roll over the substantial deposit to a reservation for Janaury 2022, by which time things hopefully will be much clearer (for better or worse).