I went to Majordōmo Meat and Fish in the Palazzo at The Venetian early last December. This is celebrity chef David Chang’s second restaurant in Las Vegas after Momofuku in the Cosmopolitan, and it shares a name and a few menu items with Majordōmo in Los Angeles.

Bing with Butter & Honey ($10)
maldon salt, cracked pepper
Delicious warm freshly made (I think) bing, which is kind of a soft fluffy flatbread. The simple honey and butter (I don’t think these are traditional toppings) went very well with it. 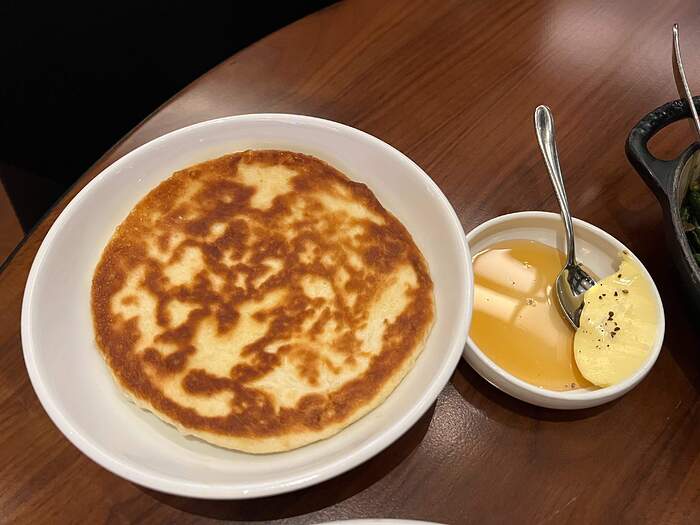 Items in the “Grilled & Smoked Meats” part of the menu are a la carte and don’t come with sides. I had the:

8oz Smoked Prime Rib ($78)
creekstone farms, jus, horseradish
A thick slab of prime rib. According to the menu - cooked with white oak and mesquite coals then brushed with savory salt butter. Underneath was a nice jus. Delicious! It was medium rare as requested, and had a slight smokiness which was true to the name. Nicely marbled meat and well seasoned exterior. Worth $78? Maybe? It came with some creamy horseradish. 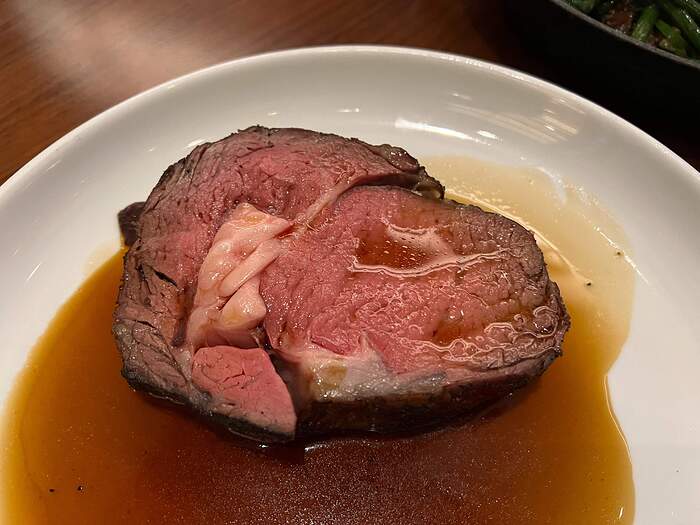 Major Pommes ($32)
For a side I had some fancy potatoes. I think this is the most I have ever paid for mashed potatoes. These were some delicious taters though. Very smooth textured and I think there was a generous amount of butter in there but not to the extent of say a Robuchon mashed potato, which I think is like 50% butter or something. It came with what looked like a sous vide egg that had a gelatinous (seriously gel-like) yolk, deep fried onions or shallots, chunks of prime rib, and chopped chives. With a little jus or gravy on top. Almost a meal in itself. 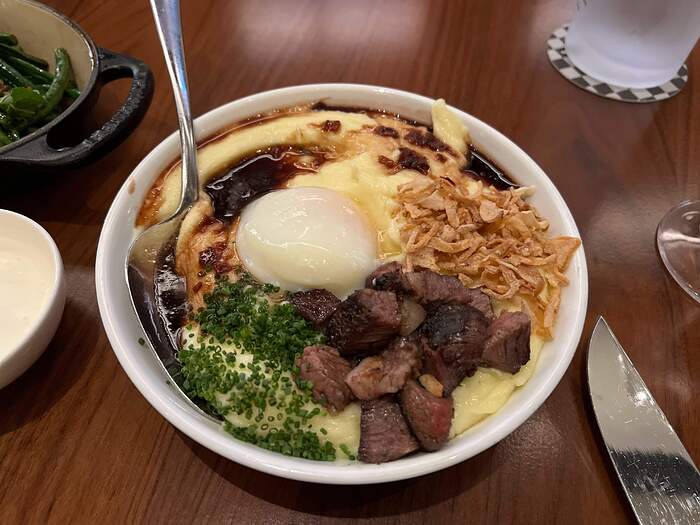 Long Beans & Truffle XO ($18)
I wanted some green vegetables so got some green beans which were kind of cooked in the “dry fried” Sichuan style kind of? They put some mint on top too, and there was some Truffle XO sauce in there though I don’t remember tasting much truffle. They were fine. Kind of wished they had some sort of creamed spinach on the menu though. 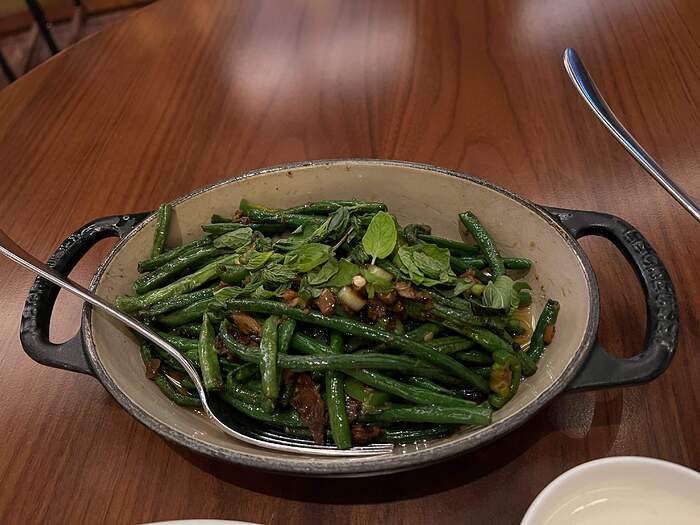 All in all a mostly delicious beef dinner at Majordōmo Meat and Fish, which I think is maybe only slightly similar to its LA counterpart. This place feels more like a steakhouse. I would probably get the prime rib and the potatoes and the bing again, would skip the long beans and the sake. Bring your wallet! 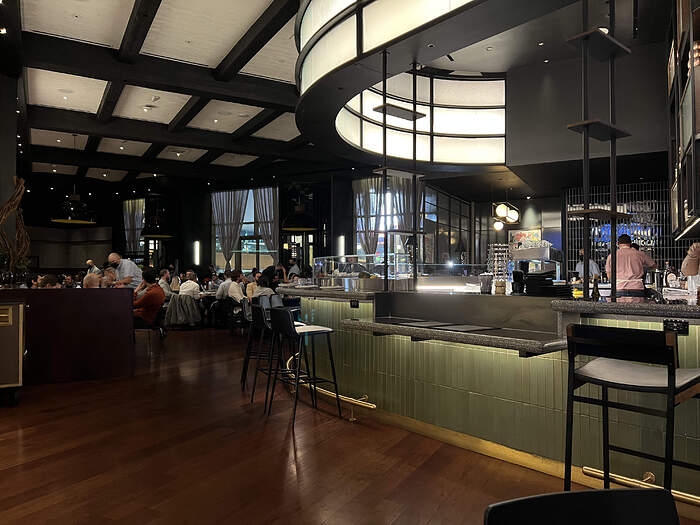