Thanks to all the folks who helped out on my thread about Bar Harbor. Here’s a rundown of where we ate.

Kittery, Maine
Lil’s Bakery- we stopped here for a quick lunch of salads and sandwiches. Very cute bright place and our lunches were fresh and made to order. We topped our lunch off with a delicious strawberry rhubarb muffin.

South Portland, Maine
Docks Seafood- after a few hours at the beach, we were sandy and disheveled but craving a lobster roll. This place popped up on Yelp for super casual and we went right over. The lobster roll was solid but not the best of the trip, especially the bread, which was pretty standard and lacked the buttery richness of other places. The kids in the group liked the Kraft mac and cheese straight from the box.

Scratch Bakery- we stayed at an Airbnb nearby and the owner had goodies from here waiting for us. The bars (blondies and brownies) were exceptionally good as was the oatmeal cookie but the chocolate chip cookie tasted stale and made me appreciate David Leite’s incredible recipe that I rely on for CC cookies. Our friends liked the scones there and brought back some of their “famous” bagels which we liked well enough but we are New Yorkers so it’d take a lot to impress us with bagels.

The Farm Stand- we picked up some fantastic steaks here for dinner one night, pasture raised, local, and all that goodness. They have a very respectable wine and beer selection. I got my best whoopie pie of the trip here and some gorgeous local berries. They have some local produce too. Expensive, but to be expected from a place like this.

Freeport
Maine Beer Co.- the beer nerds in our group were excited about this one. The atmosphere was fun and lively but the beer disappointed. Lots of IPAs which are not my favorite. Nothing stood out as spectacular to any of us.

Portland
Foundation Brewing and Austin St. Brewery- No air conditioning on an 85 degree day. And that is officially all I remember of either of these places. Good way to make your beer forgettable!

They had a ridiculous beer that was a hybrid of a bunch of different saisons/farmhouse beers that made my throat itch and start to close up as soon as I sipped it. Not good! Best beer from there is actually one we took home, their rotating Fluxus, this one made with rhubarb. Nice and tart.

Sebago Brewing- we went here for lunch after Eventide had a huge line and we were starving. The food was extremely mediocre and unexciting. There has to be a reason there is a line out the door for a place like Eventide when around the corner this place is a complete ghost town.

Mount Desert Ice Cream- not impressed with my artificial tasting flavor as mentioned in the other thread.

Project Social- More good local beer and a refreshing strawberry, basil, and gin cocktail with ginger liqueur. We ordered a parade of small plates and were encouraged to do so at our pace, which was nice. This place is a little different than other local places which was a nice change. We had some Spanish inspired plates like the crisp patatas bravas and the boquerones, along with a trio of Mediterranean dips, the mussels, and the lobster crepe (lest we go a day without lobster!), which was really over the top rich.

Elsewhere on Mt. Desert Island
Mother’s Kitchen- we loved this place and went multiple times for bag lunches for Acadia. All the sandwiches are made to order, super fresh, and made with good ingredients. The baked goods are also worth mentioning-- we had scones and muffins that were buttery and light.

Jordan Pond House- obligatory popover and lunch stop! The popover had me scratching my head a bit-- I think I was thinking it was a different sort of roll, the name of which escapes me, but anything with butter and flour will satisfy me especially with more butter on top. I have to say I had somewhat low expectations for such a touristy spot, but the lobster roll was surprisingly good, and my husband’s buffalo meatloaf sandwich fueled him for the afternoon’s hike. So it definitely is a must do.

Beal’s- this was one of our favorite meals of the trip. After an afternoon hiking on the “quiet side” of the island, we grabbed an early dinner here and sat out on the pier. I gave my husband the silent treatment after he ordered non-local seafood (jk, sort of) but his salmon “BLAT” was good. However, the winner for sure was my lobster roll, chock full of meaty lobster on a buttery grilled roll that was a prize in itself. Dessert was not just an afterthought-- the blueberry pie was beautifully composed with a very natural tasting filling (not overly sweet or gummy from cornstarch) and the mini whoopies were textbook classics. They have a great local beer list and my blueberry mojito was perfectly refreshing with this meal. Thank you to the HO that recommended this place!!

Atlantic Brewing/Mainely Meat BBQ- we went to both locations of this (BH and the one on the north side of the island). I especially liked the ginger infused beer and my husband enjoyed all of the many many (many) that he tried. The BBQ was good but we just smoked our own pork for the first time and I have to say ours was better than this. The chicken and ribs were better than the pork. Loved the casual picnic table atmosphere and friendly service.

Rockland
Claws- another great lobster pound experience, perhaps even better than Beal’s, if that’s possible! We got steamed clams-- can someone explain what the accompanying broth is for? Another incredibly fresh lobster roll on buttery bread, a beautifully composed salad with strawberries, melon, and fresh veggies, a crab cake sandwich (is deep fried as opposed to pan fried the norm here?), and all of it was enjoyed on their outdoor patio. The service here was exceptionally good for such a casual place.

Brunswick
Gelato Fiasco- The wonderful scooper let me get three flavors in my small. Because the flavors are so out there, they get a little muddled, so I actually can’t remember what I had. I think that the pints we got at Whole Foods of the same brand was better. Anyway, it was worth a stop on the way to Ogunquit for sure.

Ogunquit
Cornerstone Pizza- another great beer list, more great cocktails. Let’s be clear, this is not pizza, these are flatbreads.

With that caveat, I can accept this place as a good dinner option in Ogunquit. We had some of their fantastic meatballs and a salad strangely lacking lettuce, along with a “summer shrimp pizza” (flatbread). A nice change from our other dinners out and a fun trendy atmosphere.

Northern Union- my husband and I disagreed on the server here. I thought she was over the top, fake friendly and he thought she was just friendly. That aside, this is definitely a unique place in Ogunquit but it’s probably not for everyone. The waitress heaped praise on the bartenders and the chef to the point where I was rolling my eyes a bit. To her point, though, the strawberry rhubarb mule was right up my alley, very tart and mouth puckering. We shared a bunch of small plates, of which the beef empanadas were the most memorable. If I have a criticism it’s that the small plate menu seems to lack unity… the plates seemed disparate coming one after the other and sort of random. In a momentary lapse of judgment I let my husband unilaterally choose dessert and the beet sponge cake is as odd as it sounds and tasted like a beet with dirt still on it. I wish we’d gotten ice cream instead!

Congdon’s- I stopped here pre-7 AM on our last day to get whoopie pies for family and somehow walked out with a dozen donuts too. The whoopie pies were spectacular and filled with the marshmallow cream I prefer. The Boston Cream, Maple Cream, and blueberry filled were the favorites of the donuts but they were all inhaled by the end of the day. What happens in Ogunquit stays in Ogunquit.

Overall we had a fantastic trip to Maine with lots of local seafood and beer. It was both relaxing and invigorating. Thanks all for the input as it helped make our trip amazing!

We got steamed clams-- can someone explain what the accompanying broth is for?

The “broth” is leftover steaming water. After you strip the outer part of the siphon off the steamers, you swish the clam through the hot water to remove any sand that may be left, and to warm up the clam if needed. Although the water doesn’t stay hot long enough usually, if you are a slow eater and the clams are getting cool. After swishing, dunk in melted butter. Heaven.

It’s too bad you didn’t get to several places in Rockland like Suzuki Sushi and In Good Company wine cafe. Both blow away any places similar in Westchester.

Mid-Coastal Maine is my favorite area for great restaurants and food, as well as a good look at what Maine is like. Some good local cooking Down East, and the heartier aspects of Maine Coastal culture, with a few fancy places in tourist areas like the Bar Harbor area. There are some insanely good high end places tucked away, but unless you are a local, you may never hear of them. There is one small place on the 1st or 2nd peninsula east of the the Bar Harbor area in Hancock County that looks like any old home, but is one of the best restaurants I have eaten at in the world. And while not my thing that much anymore, I have eaten at quite a few restaurants in those top 50 in the world lists. And they made me promise never to write about them. And the South Coastal area like Portland has some really good places, but many cater to tourists a bit too much for my taste, or are a bit too eclectic, just to be so. But I’ll take Mid-Coastal any day. I feel it’s the best part of Maine.

Thanks to all the folks who helped out on my thread about Bar Harbor. Here’s a rundown of where we ate.

Such a fun, helpful and informative report. We’ll definitely refer to this when we head up. Sounds like you had fun and really experienced the bounty of the area.

Fantastic report! You are making me want to go back to Maine - we did a brief trip to Portland and up Rte. 1 a couple of summers ago, but we only had two days and it sounds as though we need more!

Wonderful report, thanks for taking the time to put it together. That is one of my favorite parts of the world.

I think we had the same server!! 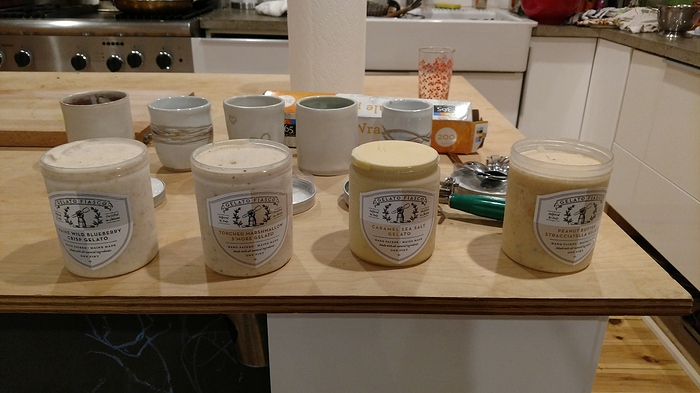 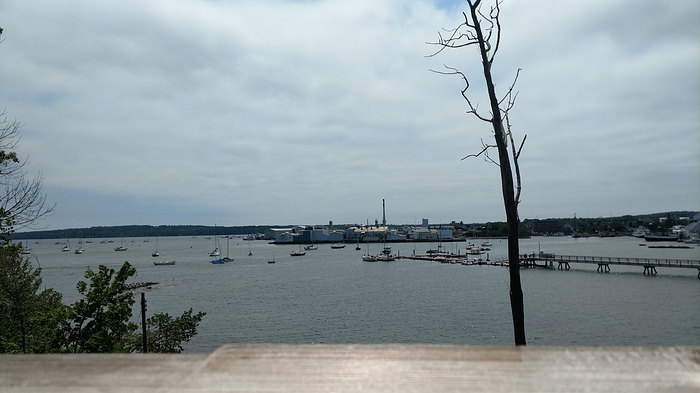 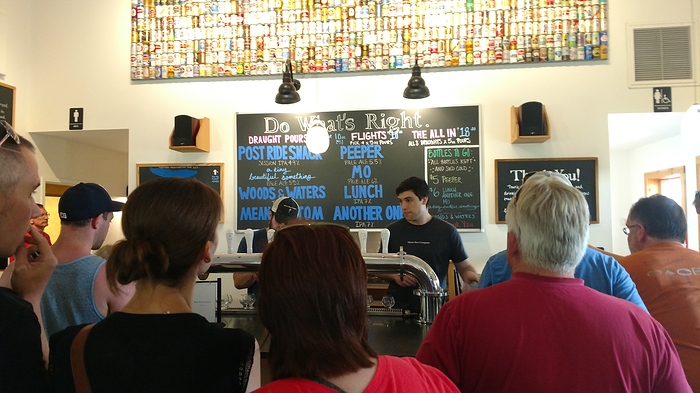 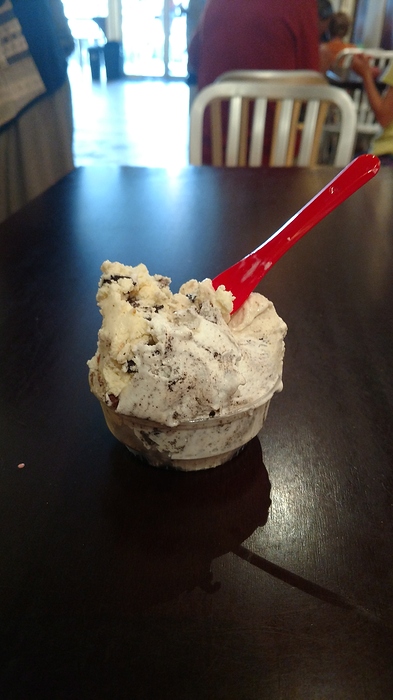 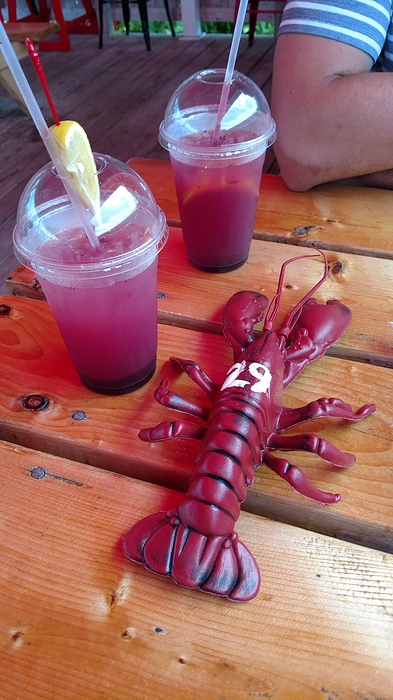 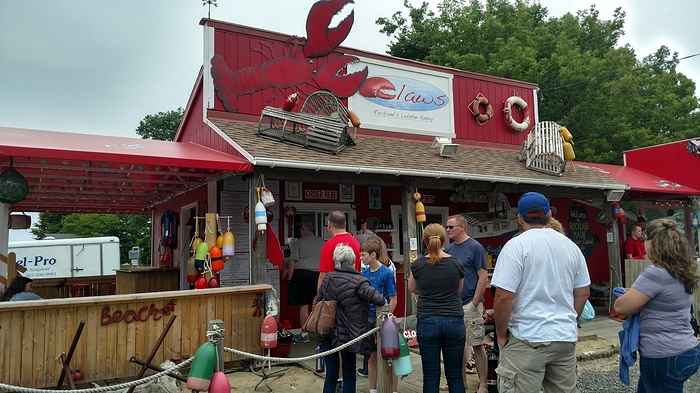 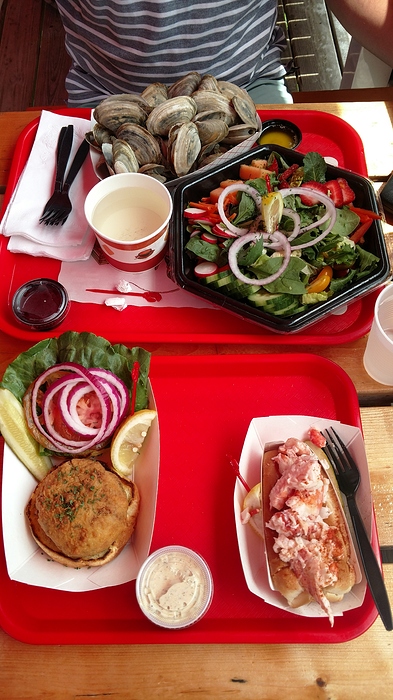