I am starting to plan a week in France in July need some ideas for good restaurants.

We will spend a few days in Lyon, then head up for a couple of days touring the Beaujolais villages before heading for a few days in the Jura.

We haven’t settled on any places to stay yet as I like to work the food first and the beds second.

Looking for good food from traditional through to creative. No adverse to Michelin stars (they seem to work best in France) but equally want to eat well without busting the bank.

We used to live in Paris and have visited the country many time but this is the first trip to this area so I am starting with a blank sheet of paper. I have done a little research and its clear these areas seem to be less travelled than the usual suspects as many writ-ups are a bit dated (although will form a good base).

According to L’Express, they named 10 best tables 2016 in France including the bistrot Les Apothicaires in Lyon. Note that this place has also win a prize in le Fooding 2017. 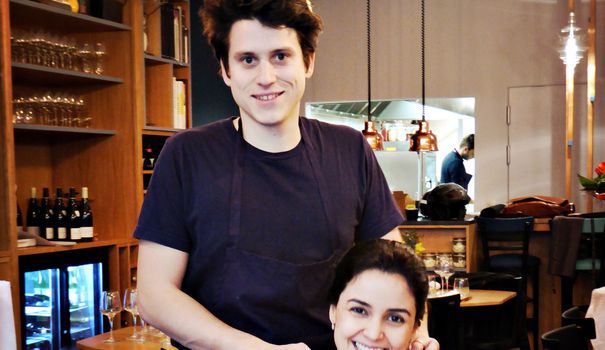 The restaurant, La Bijouterie, Lyon was mentioned in the Fooding 2016 edition.
More here:

The best restaurants in Paris and across France

Discover a selection of the best restaurants in Paris, Lyon, Marseille, Bordeaux, Toulouse and across France and all the best addresses (open on Sundays, open on Mondays, terrace, less than €15, big tables, brunch, etc.) by Le Fooding®, the official...

Another place that got a mention if you want a fast bite at lunch is Sandyan, 1 starred Yannick Delpech’s bakery that serves interesting street food with a gastro twist. Note that the bread is an emphasis and is home made.

Excellent thanks for the links.

I suspect its easy to eat well in Lyon but equally just as easy to eat badly if I don’t do the right research. Looking forward to getting back to France.

I don’t know if you will be planning to eat at the 2 stars La Mère Brazier or at the more causal Brazier Wine Bar in Lyon. Note that Mathieu Viannay has opened end of 2016, l’Épicerie-Comptoir Mère Brazier, selling bread, pastries, cheeses, cured meat. The place includes a wine cellar, a fine grocery and a small restaurant serving soups, salads and sandwiches.

Thanks again. We are there for four nights and I do plan to try a top place on the holiday and Lyon is probably the best bet. Over the week we will mix up light and heavy so a wine bar will be good.

How was Lyon? Where did you end up dining?