I’m excited to try Luke’s Lobster, it’s opening up at 92 Second St, SF (SOMA). It’s a chain restaurant. I asked on IG if any special deals for opening day Thurs Oct 11, 2018 and there isn’t any, but they will have Happy Hr every day!

Hope others will try it and report back.

$16 for a lobster roll? How much lobster meat is in there?

I haven’t been but to answer your question, 4oz of lobster meat.

I guess I am conditioned by Old Port in RWC to think that lobster rolls are $20+.

I’ve been to one in NYC and thought it was really good. As SCK says, lobster rolls these days are at least $20 (to me they seem to average more like $24), so $16 is actually pretty reasonable, except that I could easily put down 2 of them.

I had dinner at the first SF (and west coast) outpost of NYC based Luke’s Lobster tonight. I ate a lobster roll once at a Luke’s Lobster in NYC several years ago, but my memories of how it tasted has been lost to the sands of time. I do remember that I liked it. The restaurant is on a corner of 2nd and Mission. There are several tables and also a small counter area to sit in. You place your order at the register and if you are dining in, your order will be brought to you. For adult beverages, they have several beers on tap and also wine.

I found the lobster roll to be very tasty. It’s in a split top white bread hotdog bun that has been buttered and toasted. Good texture on the bun - sweet with a nice buttery crunch from the toasting and soft in the middle. The lobster inside was also good, sweet and juicy with a mix of claw and tail meat. Tasted fresh. It’s chilled and is dressed with lemon butter, mayo (not that much), and “seasoning”. The seasoning and dressings didn’t overpower the lobster meat. I haven’t had that many lobster rolls but this was a good one.

I also liked the clam chowder. Not too thick and not too watery with a good portion of clams along with potato. Good clam flavor. The lobster roll looked a bit small initially but I was surprisingly full after eating it and the cup of soup. Didn’t even need the oyster crackers. 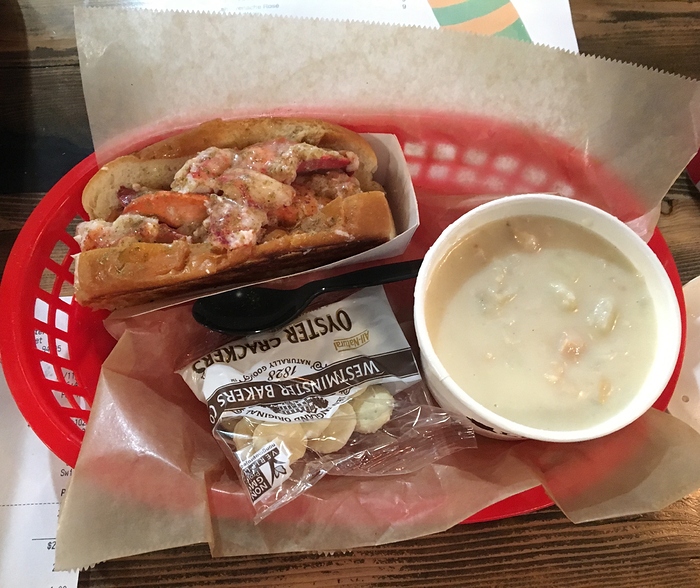 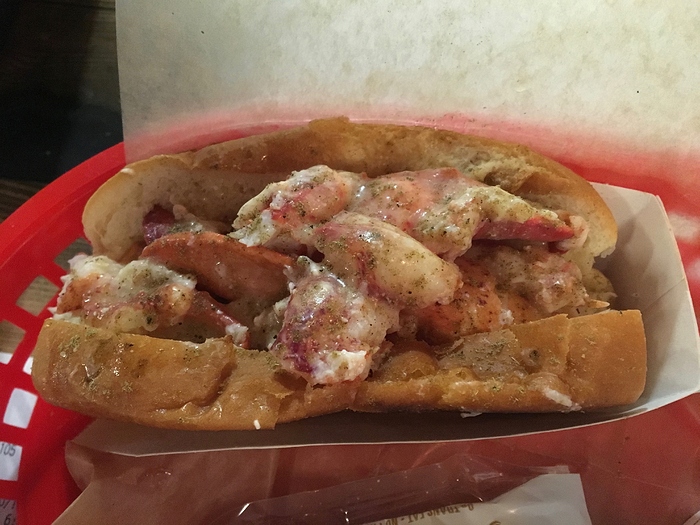 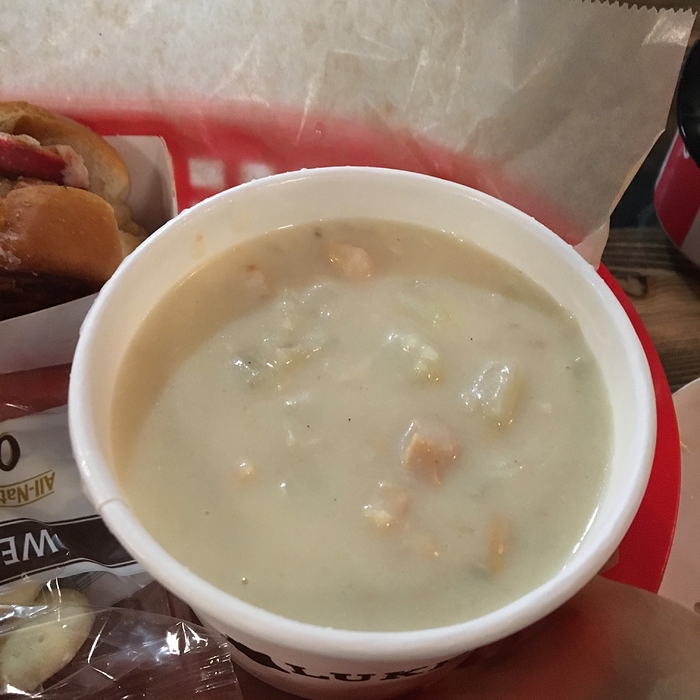 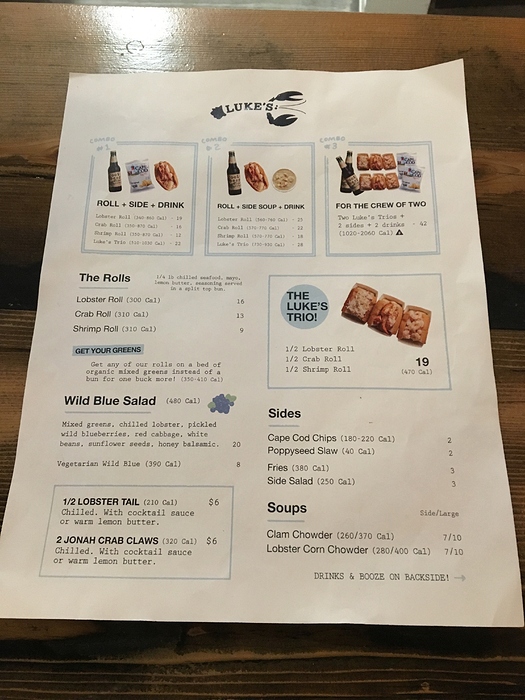 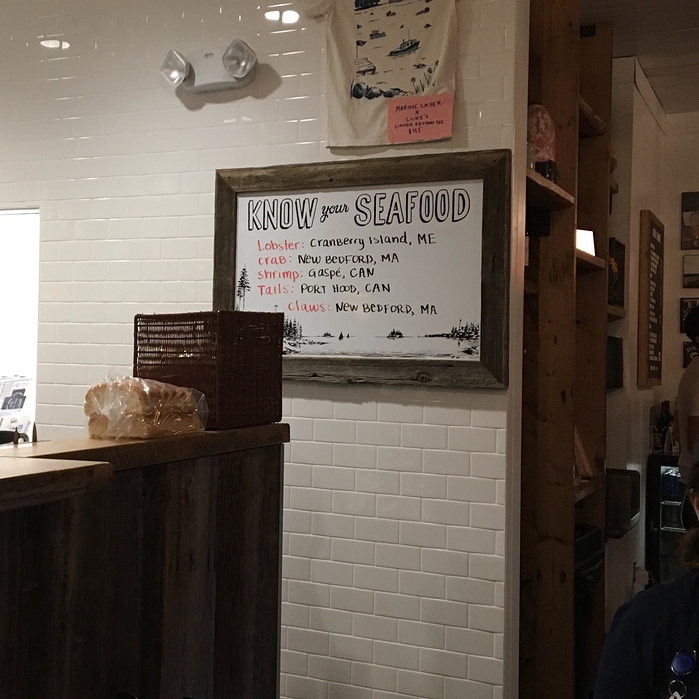 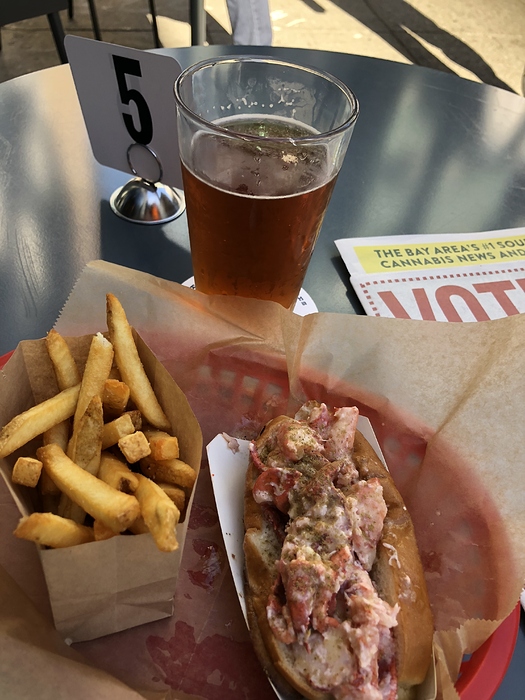 Lobster roll, fries and clawhammer saison. The lobster roll was good but lacked that sweet richness that makes me crave another one instantly. The Eater article I read said they steam the lobsters back in Maine then ship the meat to their 30 locations, so that likely accounts for the taste. The clawhammer saison is a brewed by local brewery Blackhammer with lobster shells and it tastes like it - not bad but kind of strange. Fries were very good, not greasy, nice potato flavor. Its been at least 5 years since I’ve been to Old Port Lobster shack and maybe 2 years since I had New England Lobster Co. but I’d put both slightly above Lukes based on my memory.

Walked over to the Ferry building afterwards and had a delicious fior di latte soft serve from Taylor’s ice cream counter. I saw people getting soft serve dipped in blue raspberry and cherry but they were of a color not of this earth so I kept it simple.