On Avenida Ponce de Leon, about a fifteen-minute walk from the Sheraton near the Convention Center. It has two locations, basically next door to each other–the menus are identical, but the further one is much quieter. The first day we had Mofongo with Chicken, and Fried Pork Chop; the second we ordered the appetizer sampler platter (see picture eblow), which the waiter kept telling us was too big until he realized that 1) we were sharing it, and 2) that was all we were getting. It had carnitas (fried spiced pork), fried plantains (tostones), fried chicken pieces, fried calamari, fried mozzarella sticks, surullitos (hush puppies), and cheese empanadas. Apparently the magic word in Puerto Rico is “fried”! 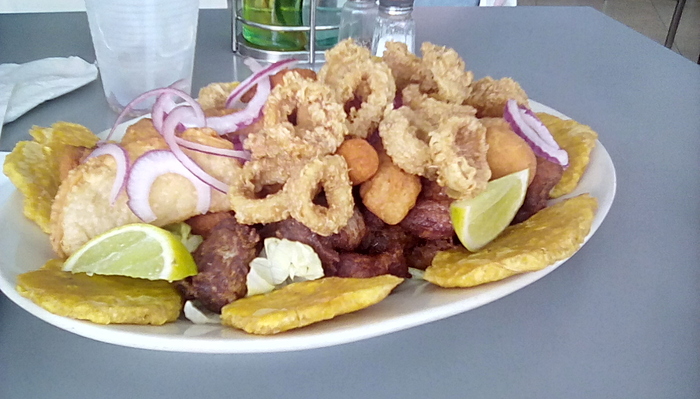