I know there is a thread for Mexican food, but this place deserved its own. Been there twice, excellent both times. But that shrimp in devil’s sauce was unbelievable.

“A white guy walked into a Mexican restaurant.” Oh boy. Can I get away with that? I mean it in the nicest way possible. Los Corrales is an authentic Mexican restaurant. Sure, they have quesadillas and nachos, but if you order either of these two items, there should be legal justification to hang you by your thumbs. Preferably suspended up by the kitchen so you can see where the real food is being cranked out. While located in the charming seaside town of Keyport, this restaurant is another world. This is Spanish first, English second. The clientele is, I would assume, 95% Mexican. The other 5% is comprised of us boring white guys who I hope to God are not going to order the chicken fingers and make a fools of the rest of us. But all of this is not a complaint. Not by a long-shot. It is what makes Los Corrales special— and that transportation to another place through food and atmosphere will keep me coming back.

There is no decor to the building that actually used to be a sports card shop many years ago. Only feet away from where I would walk up to the counter as a child with my dad to purchase a pack of hockey cards is where I found myself sitting. If I have learned one thing in three years of food writing, it is that to get the best, most authentic food of a particular culture, you have to go to places where some might be uncomfortable. In fact, I felt more than welcome here despite a handful of amused looks on the way in. The service is indeed bilingual, ultra friendly and pleasant, and truly concerned that you are enjoying your meal. The cooking area could not be more than 10 feet long. There’s a flat-top, a fryer, a couple of jets, and some crock pots for rice and beans. For such an extensive and complicated menu to be cranked out in this space requires much skill and finesse. 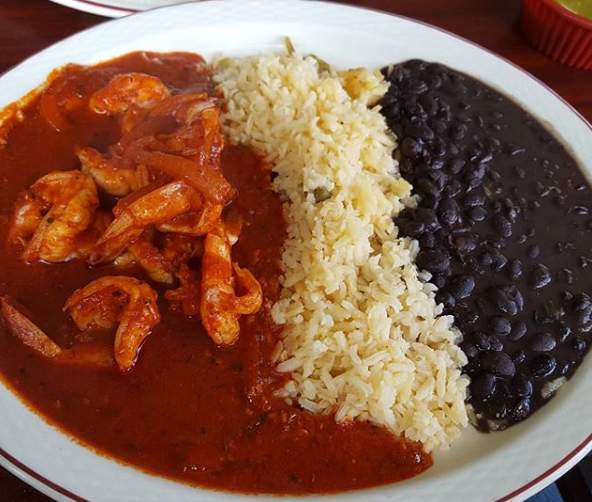 Great report like usual Greg! Those shrimp look delicious. Keyport has some cool spots flying under the radar. I’m glad to hear they are bringing some heat. If I may get kind of picky, are they juicing the dishes up with dried chili pepper or are they using some vinegar based hot sauces? I love both, just wondering. I will give this a go soon.

The way she explained the sauce, it was only peppers (forgot the name) which were roasted and blended with oil, garlic, and onions. I believe that was the entire recipe.

The clientele is, I would assume, 95% Mexican. The other 5% is comprised of us boring white guys … a handful of amused looks on the way in.

Actually, some of us are neither. And I don’t recall ever getting an “amused” look.

And most (all?) of the real Mexican restaurants have Mexican Coca-Cola. (My constant complaint is that they often don’t have any diet drinks, which is a problem for people who need to watch their sugar.)

The diet soda thing is my gripe too whenever I’m out of the country. Apparently no one drinks diet soda other than us. Hell, even when I go to the local “Mexican” market, there’s never any diet soda except like 1 section of diet cola.

BTW, for anyone who’s curious why Mexican cola is better… it’s apparently not the drink, but the bottle. 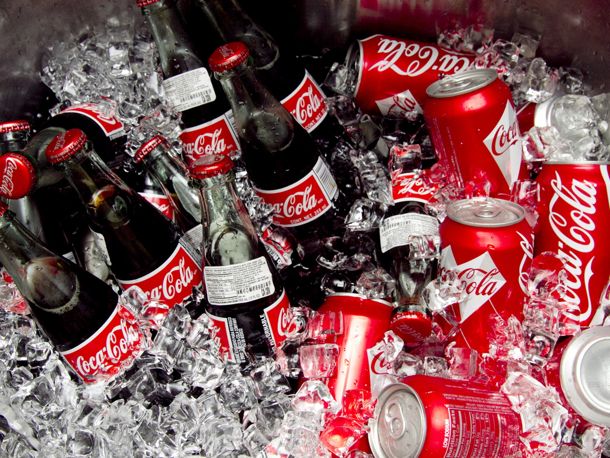 Everyone in the know knows that sugar-sweetened Mexican Coke is superior to corn-syrup-sweetened American Coke, right? But is it possible, however unlikely, that somehow us cult of Mexican Coke lovers are all being hoodwinked? Does Mexican Coke...

Wow that was a really cool article. Yeah it’s probably a mental thing. I do love coke in glass bottles.

Has anyone tried the peantuts and Coca-Cola thing?

I guess on the topic, do they still make those little fat glass bottles that seemed to be super carbonated? I swear those things were juiced up with bubbles lol

Glad you enjoyed it! I’m so fascinated by articles/studies like this. It’s really amazing how much of what people perceive as taste is purely psychological.

Never heard of the peanut thing until today! Weirdness. I have no idea what fat bottles you’re talking about…

@eleeper I had no idea corn isn’t Kosher for passover!

I met a lady about 15 years ago when I was sent to school for mortgage selling. She was from GA and told me that they only drank coke from the tiny glass bottles. I believe she said they used beer nuts and that was the thing in her county. You dump some beer nuts in the little bottles and I think they fizz up and add some salt flavor to the coke. She said it was like a staple down there. I don’t even think they make these bottles any longer but they were super bubbly. I remember the intense carbonation.

Anyway, I am going to try the peanut thing and see what happens lol… 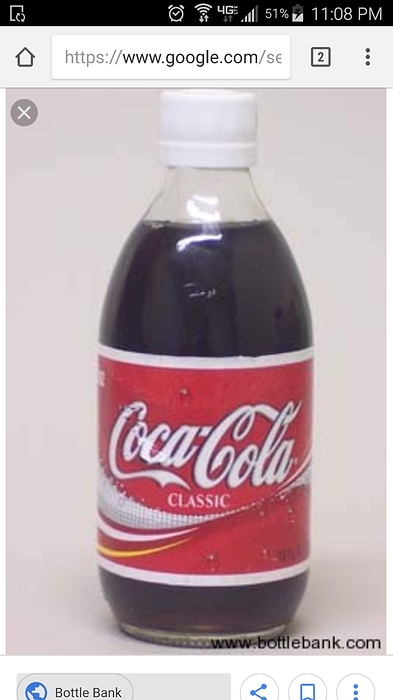 And I don’t recall ever getting an “amused” look.

I guess I’m just uglier than you.

I believe she said they used beer nuts…

You know the difference between beer nuts and deer nuts?

Beer nuts will usually cost over a dollar.
Deer nuts you can usually find under a buck.

BTW, for anyone who’s curious why Mexican cola is better… it’s apparently not the drink, but the bottle.

The after taste is quite a bit different between American coke and Mexican coke. In my opinion its cleaner.

Oh- the Mexican. The American aftertaste seems to linger.

@eleeper I had no idea corn isn’t Kosher for passover!

It’s complicated, but let’s just say for (Orthodox Ashkenazic) Jews it is a custom almost as strong as a prohibition not to eat corn (or rice, peas, or beans) during Passover.

Whereas Sephardic Jews do eat all/most of those (iirc)