A few of us have mentioned this place on other threads, but since they’re going to open another location in Belmar soon, I thought it was time they had their own thread.

On a recent Sunday, I popped over to the orange awning on the east side of Main Street (between Asbury Ave. and 1st) to give them a try. WOWSA.

I tried the Mixta ($15), which was 1 each of he various styles they offer: taco, quesabirria, and mulita - all served with a generous cup full of that stunning, deep red broth. Is it wrong that I wasn’t able to finish them? Nope. Because the leftovers are in my freezer for the impending birria emergency that I’m betting I’ll have this weekend! So’s the broth, because, if you know me, I’ll freeze ANYTHING. hehe

Here’s the truth: I felt like I had 3 items that were just variations on a theme. A delicious theme, but somewhat perplexing to have the exact same ingredients in 1) traditional soft tacos, 2) off the grill quesadilla style, and 3) folded and even grilled more. The meat (beef, in this case, but traditionally it would be goat) was tender and flavorful, and each version was full of it, along with onions and cilantro and cheese (mozzarella, which I do find perplexing–is there a lot of it in Jalisco?)…and very filling. I devoured the taco first, then half of the quesadilla, and half of the folded one. And then I. Was. Full. This is food that @seal and @corvette_johnny and @joonjoon and @Roro1831 and…hell, most of you…would DEFINITELY enjoy. Just. Sayin’.

Below is an article that explains more… if you’re coming to AP on the weekend, it’s definitely worth a stop! They now serve birria all weekend, starting at 7am (when I think they also have tamale and a few other items that were sold out by the time I got there), and they have a couple of tables outside, but it was BUSY, so plan to wait whether you’re dining in or taking out. 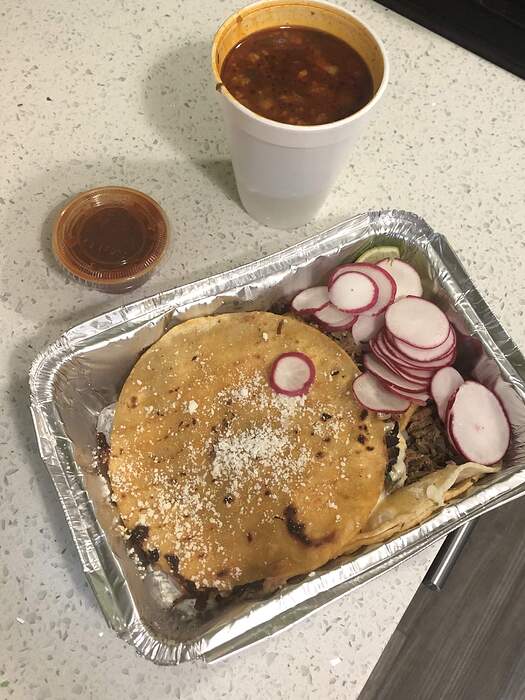 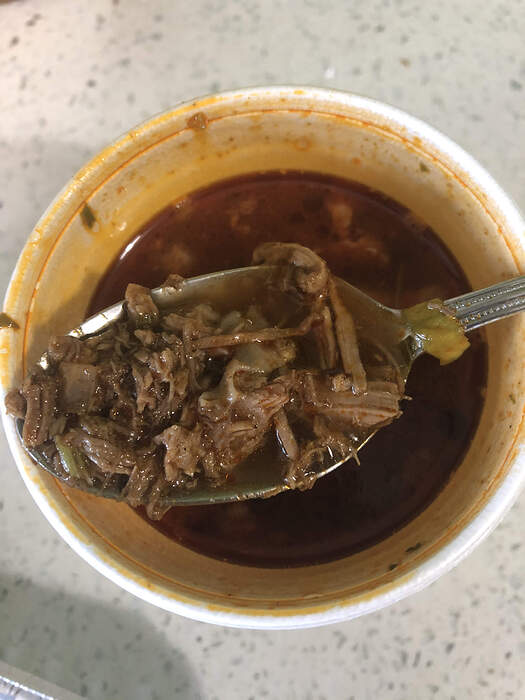 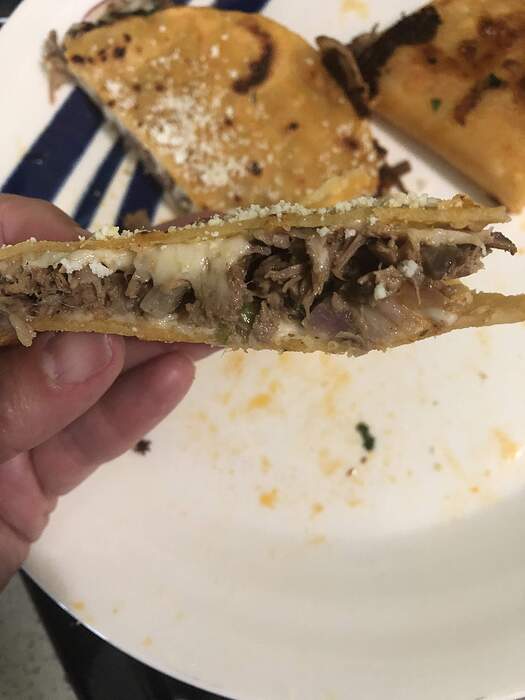 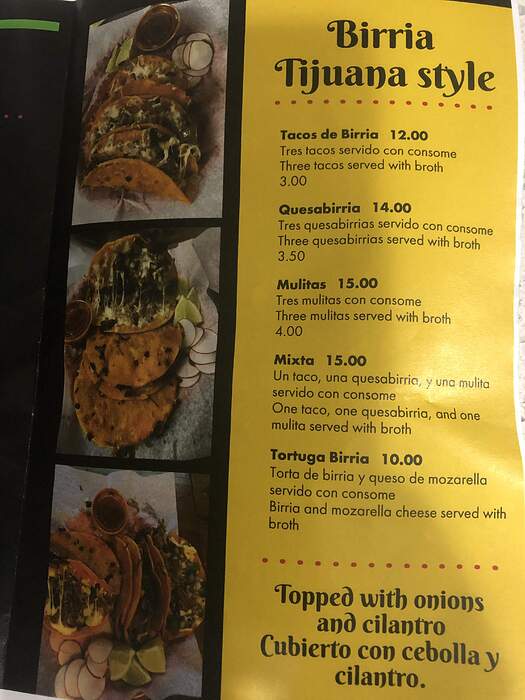 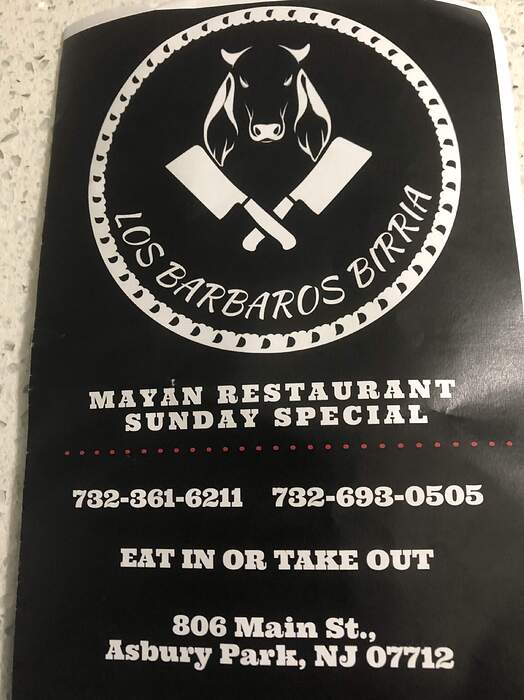 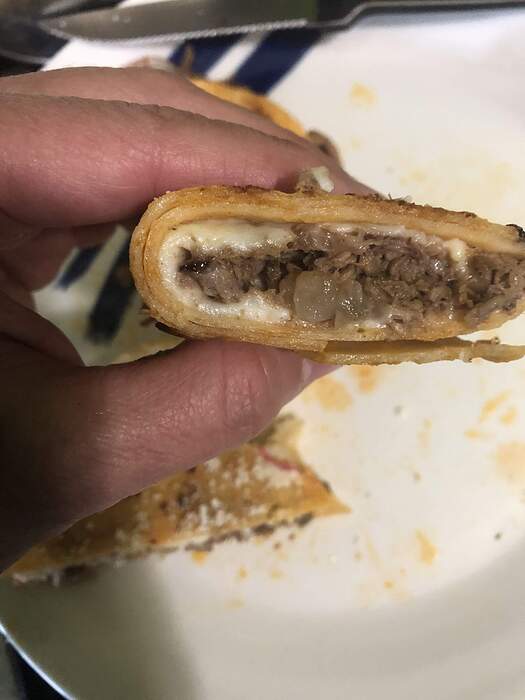 You know those tasty-looking tacos you’re seeing all over social media – crispy on the outside and meaty on the inside, with a cup of deep red sauce on the side for dipping?

They’re called birria tacos, a dish derived from a slow-cooked Mexican stew traditionally made with goat meat (now, it’s mostly beef). Birria is also served in a bowl with tortillas for scooping, alongside rice, or tucked in a sandwich or quesadilla, called a quesabirria.

What makes these tacos so special? Filled with tender meat and cheese, they’re dipped in the braising liquid – called consomé – before hitting a hot skillet, where the fat from the stew crisps the tortilla.

You won’t see the tacos on the menus of too many Mexican restaurants just yet. Birria comes from a particular part of Mexico – the western state of Jalisco – and not everyone makes it. But while others catch up with the trend, here’s where to find these trendy tacos.

But Sundays are for birria. (EDIT BY CURLZ: now they’re offering them on Sat and Sun!)

Los Barbaros Birria is a once-weekly birrieria that operates from 8 a.m. to 7 p.m. Sundays out of the restaurant’s kitchen. Launched four months ago, the menu includes slow-cooked beef birria tacos; mulitas, which are similar to quesadillas but not folded; and sandwiches called tortugas, or quesabirrias, which originated in Tijuana, Mexico.

Customers can dine in or take their food to go.

I was here 2 fridays ago looking for Birria. Unfortunately approaching 806 Main St, the storefront says neither los barbaros birria or Mayan Restaurant. The orange sign says Jokim’s Restaurant and Deli.
I looked inside and apparently it was busy, and patrons looked happy. I ordered at the counter for the birria tacos and the counterperson apologized that it was a sunday thing only. I wound up ordering cheesy “spicy” pork tacos, and they were absurdly good. Tacos were unconventionally (to my experience) fried on the grill giving it a little texture a little grease but also a little flavor. Generous portion of meat cheese and guacomole was thrown on top. It was really good.
I wolfed it down so fast I forgot to take a picture. It is not the conventional wonderful taco you would get at IMG or Tino’s but I really liked them. If you look google Mayan restaurant Asbury Park or look at the los barbaros birria instagram site …theres some good pics.

I saw on their Instagram some ramen noodles in the broth??

Is that:
A. A regular thing
b. A special thing
C. Something the cook dreamed up and they decided to put on Instagram

In any event I’m looking forward to trying the birria

It was a special a couple of weeks ago, and I missed it!

Thanks for the official name – I remembered it started with a J, but couldn’t find it anywhere. I actually DM them before I ever went to suggest that they put a photo of their storefront on IG, because so many locals have told me they’ve heard about it but don’t know where it is… Not sure why that is, but that orange awning is easy to spot!

I’m glad to see Jokim’s doing something new! I actually never tried anything there, they really needed something to set them aside from the other places in the area. I hope I get a chance to make it there on a Sunday soon!!

Now Saturdays AND Sundays in AP, and soon to be 7 days a week in Belmar!

And PS, based on an IG post I saw, the awning has been changed to RED. I’ll try to drive by and see if the name has changed (it was blank on the social post).

Signage is complete ! Some outdoor seating. Picked up 3 al pastor cheese tacos and the wife had 3 beef tacos, but could only finish 1. These are really good full of flavor. Yeah it’s heavy and maybe a little greasy… but it’s right by the beach , walk it off!
Def worth it! 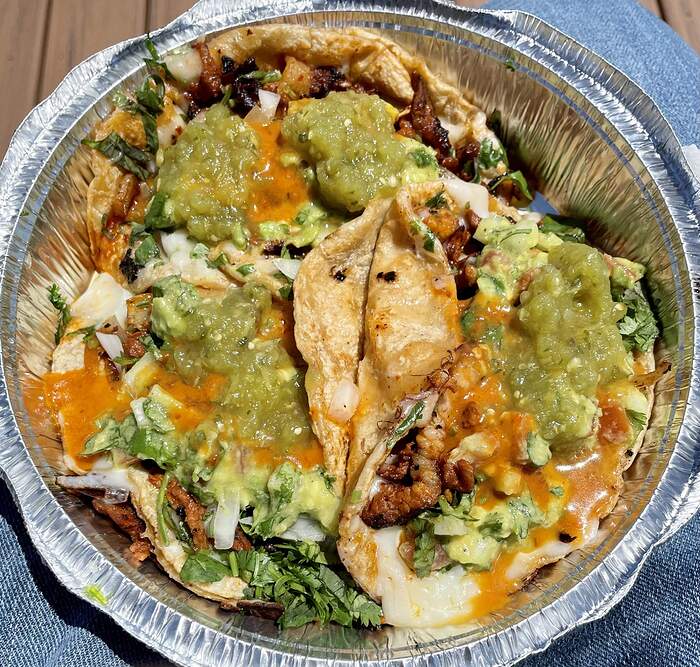 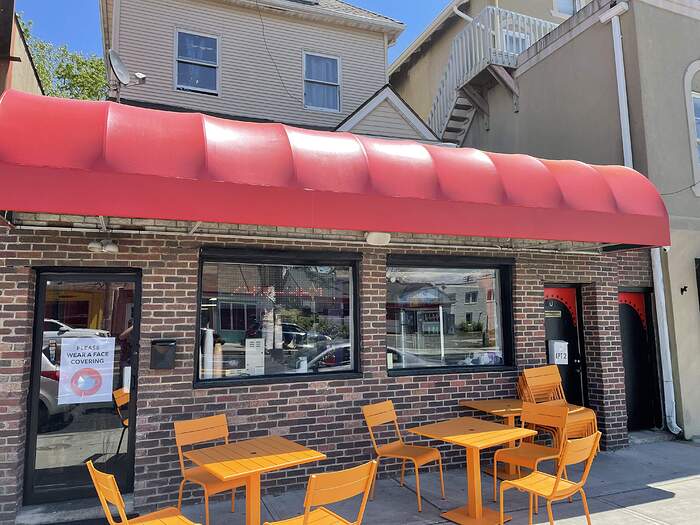 I had a friend visiting from out of town and got to walk around town a bit. There’s a new Mexican place on Emory where I think a fried chicken / deli type place used to be. They have birria tacos and also birria pizza on the menu, looks super cute and I’m excited to go back and try it. I guess we are witnessing the birth of a new standard Mexican food item in America, it’s crazy how popular birria has gotten! 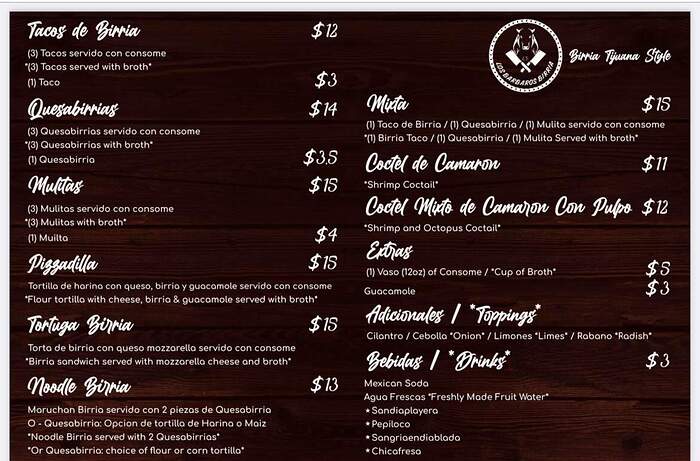 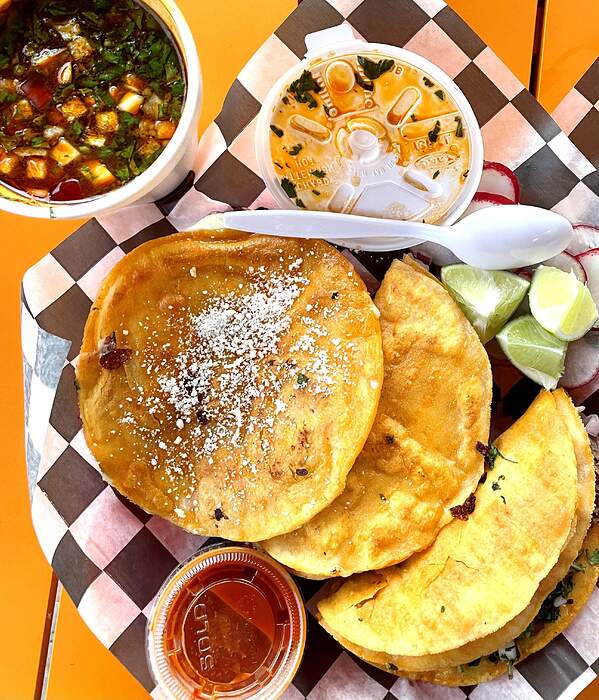 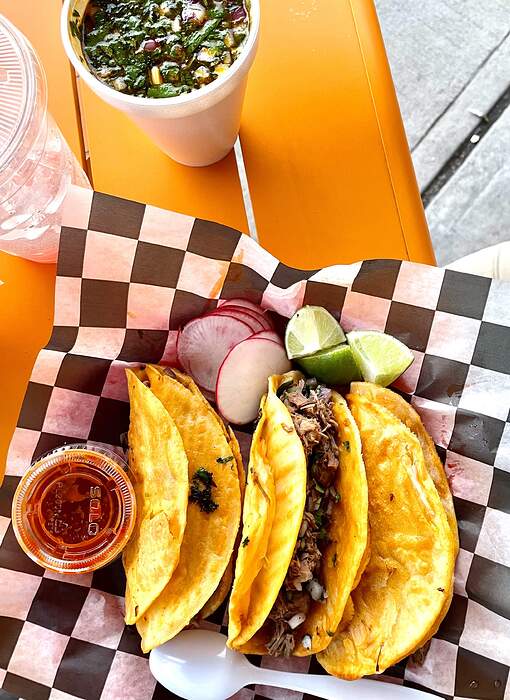 Went to Mayan Restaurant tonight and they were serving Birria!
Had the Mixta and the wife had the tacos de Birria. We both had the watermelon agua frescos
Which were really refreshing!

The broth for the birria is full of flavor and the portions of both entrees were generous.
We took advantage of one of the few outdoor tables. If your in Asbury, this place really deserves a look.

I’m a few miles south of AP and it is well worth the trip even if I do have to pass a few other Mexican places on my way there.

It looks like they added the noodle version to the menu - I hope that means it will be available regularly. Coincidently Mr Bean will be in Neptune around dinner time - a detour may be in order.

As noted upthread by @CurlzNJ, a bit of a one trick pony, but oh boy is that one delicious pony. On a cool and overcast August Sunday evening, the place was slammed with take out orders from the local Latino community … a constant stream of customers. Very much enjoyed our quesabirria and watermelon agua fresco. Glad I finally got to try it. And the young woman behind the counter who took our order and served our food could not have been any nicer.