Noodle Talk Home Cuisine opened a few months ago in the same plaza that housed Dittmer’s and Pho Vi Hoa. Before it opened I saw their ‘home cuisine’ banner once and wasn’t sure what they meant by it since so many commercial restaurants now abused the term ‘home cuisine’, or ‘private kitchen’, which originally became popular in Hong Kong when the term meant the establishment was genuinely not a licensed restaurant.

The restaurant was briefly discussed here for its link to Noodle Talk in Sunnyvale, that is primarily known for its noodles. Even though its close to home, but because my kids don’t eat much spicy stuff and my wife and I frequently got disappointed by regional Chinese cuisine in the Bay Area, we never bothered to come.

Last week my wife had a lunch with a group there and someone familiar with Hunan cuisine facilitated the ordering, and suggested specific non-noodle dishes. Very rare for her that she’s enthusiastic enough about a place that she suggests a return visit shortly afterwards. But we did go again days after her first meal.

We ordered a total of 4 items, so its not a big sample to form an opinion on the larger menu yet. It was a meal, however, created by delicate and skillful hands with very balanced flavors. Not one slathered with oil and spices indiscriminately, as is often in many kitchens of spicier Chinese cuisine with a more limited repertoire. The caveat is that none of our dishes was spicy.

Honey lotus root with osmanthus. Lotus roots flavored with honey with dried osmanthus petals adding a floral aroma to the honey. Very sweet. I never particularly liked lotus root and this dish didn’t change that. My wife enjoyed the dish, however. 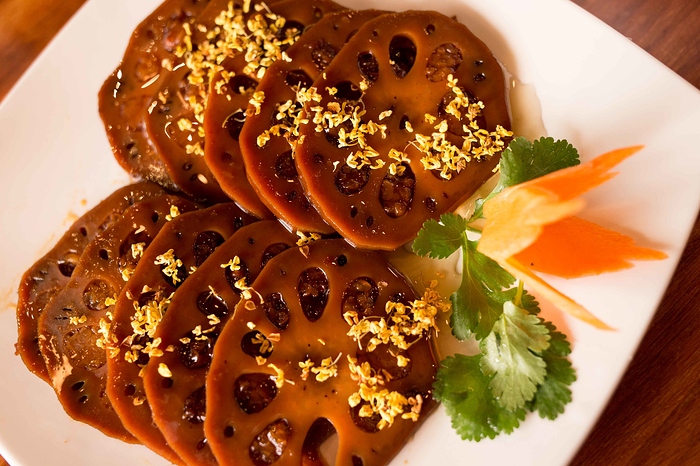 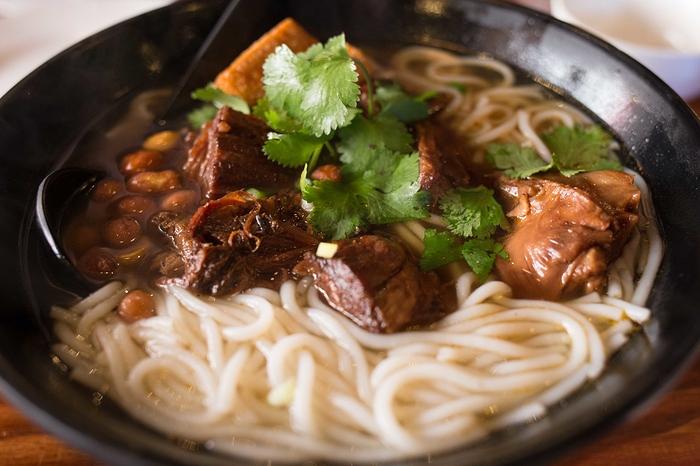 Home made beef shank. Made in-house and came with a strong garlic dipping sauce. The sauce added a pungent dimension if used in moderation. Though I preferred without it or with something else that’s aromatic/ spicy. The shank was braised (or stewed?) in a light marinade. Because its not a boldly flavored dish, the subtlety may be lost if this is not consumed as the first or second appetizer before the stronger dishes arrive. 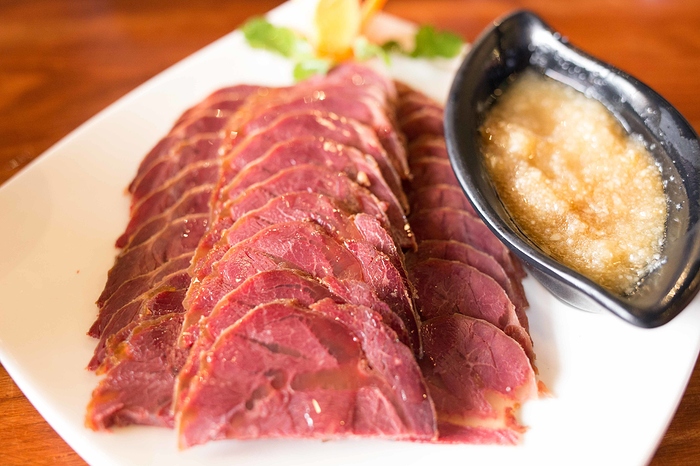 Smoked pork with radish skin. Absolutely delicious. The pork was expertly smoked in-house- savory, porky, a perfect blend of fatty and lean. The marinated radish skin was crunchy, savory in a different way, and could make a delicious meal by itself with a bowl of plain rice. The green pepper and what looked like chili oil brought the dish all together with a fragrant mild heat. The smallish dish was not cheap at $17, but more than made up with the skills that went into it. 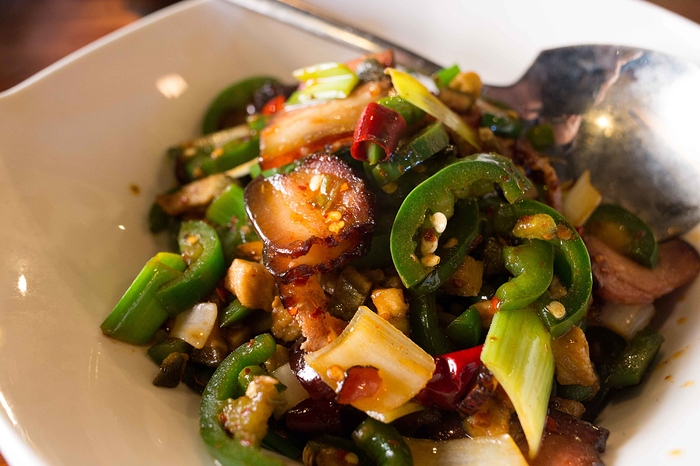 Overall, a highly successful first meal for me and second meal for my wife. If they have a few more dishes on the menu at the same level as the smoked pork and radish skin dish, I’d be very happy. 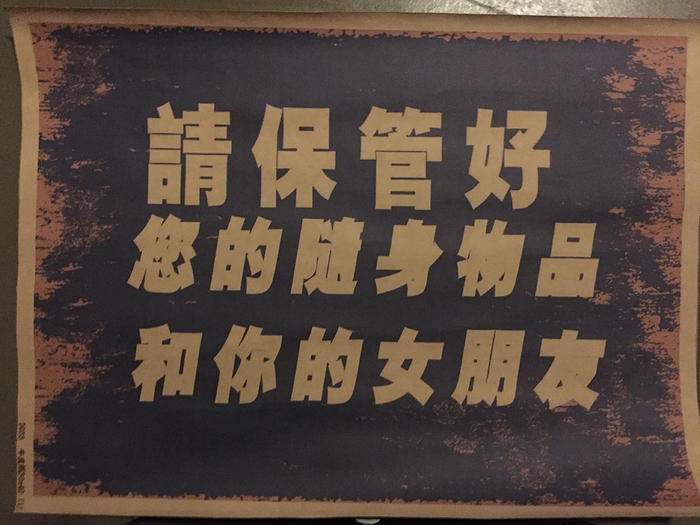 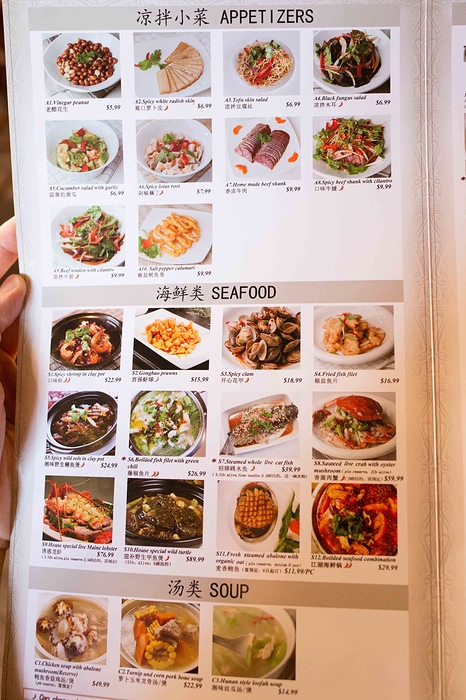 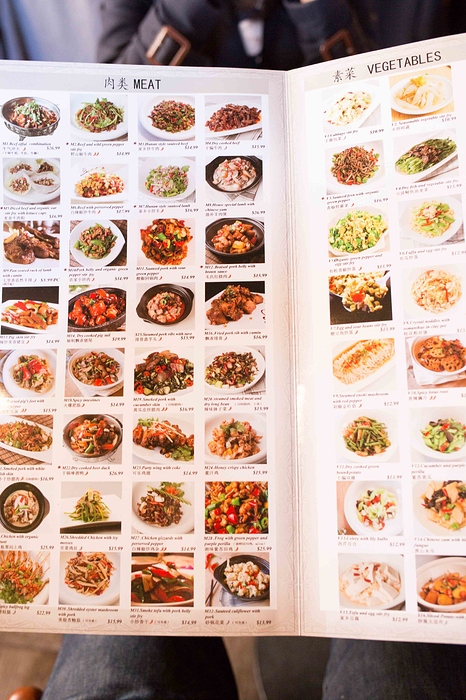 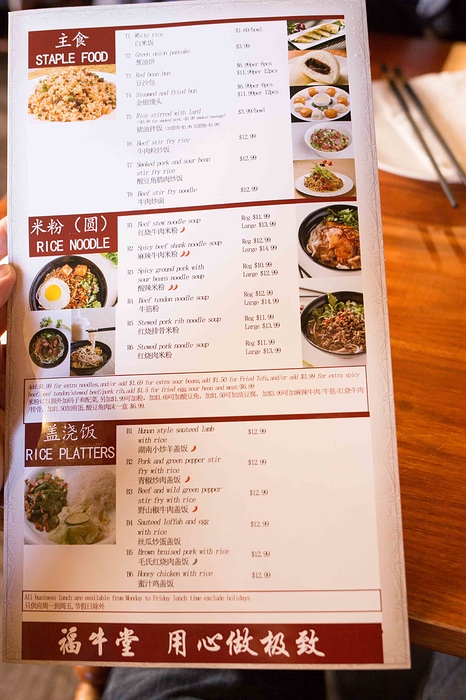 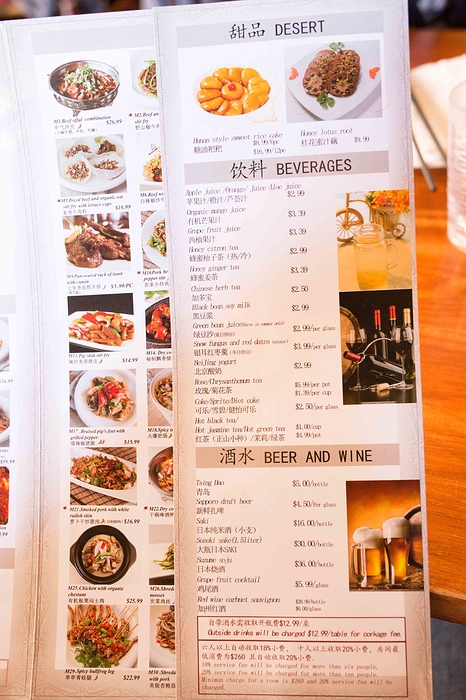 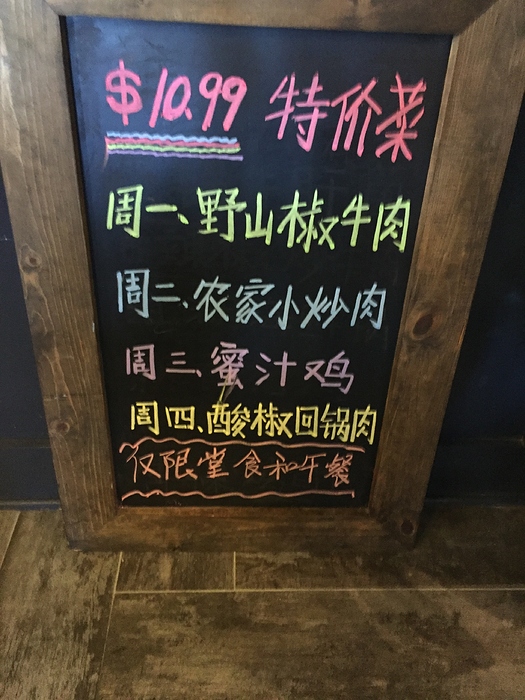 They kept the newspaper plaque on Oregano’s, the previous pizza place occupant, by the staircase. 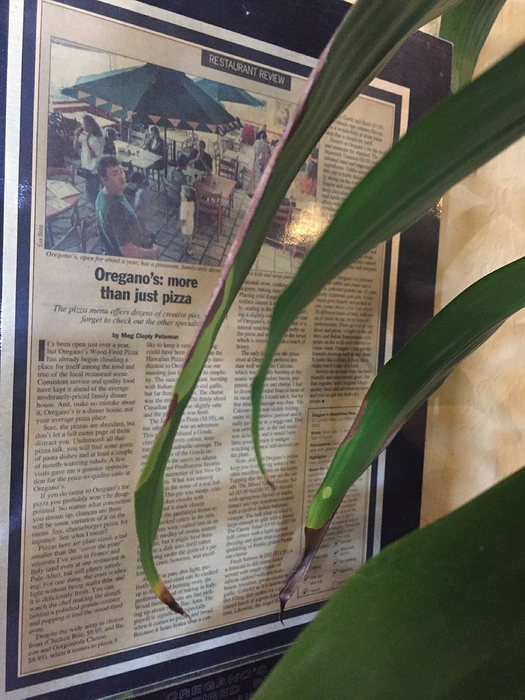 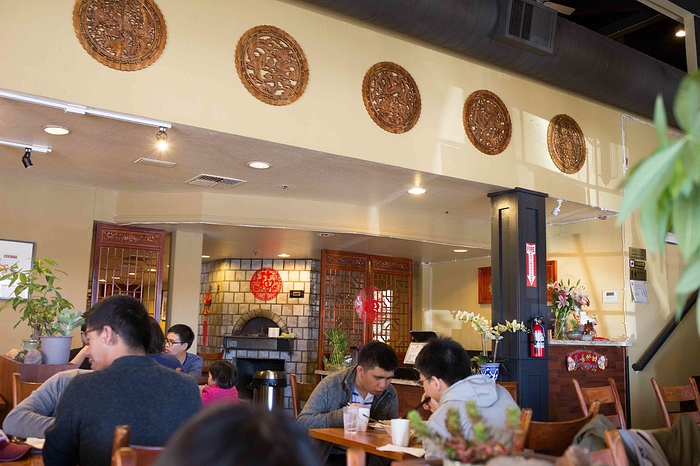 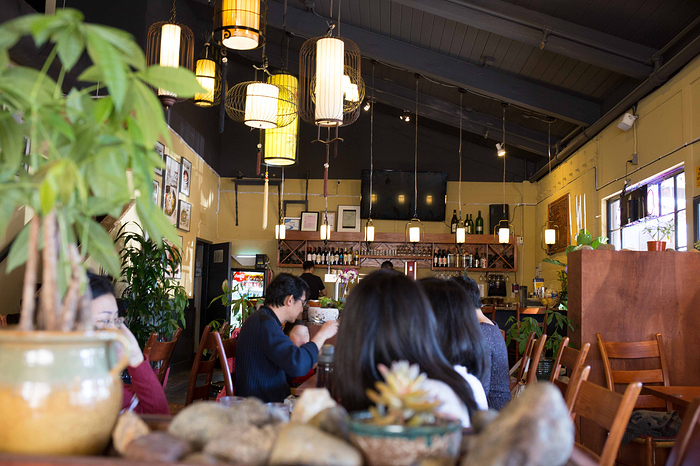 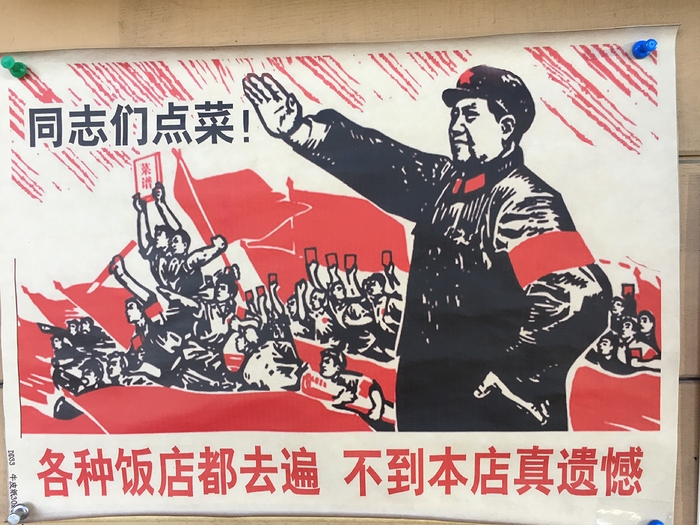 I was there the other day with a friend who can’t do spicy, so we had a couple of dishes requested “mild”. The beef tendon app plate was lacking a bit in flavor, but we love it mainly for the texture. The Dry Fried Beef was perfect to me, flavorful & tender. Friend felt it had too much ginger but for me it was great! Will have to order that smoked pork with radish skin next time… By the way, those $10.99 lunch specials are only good Monday-Thursday. 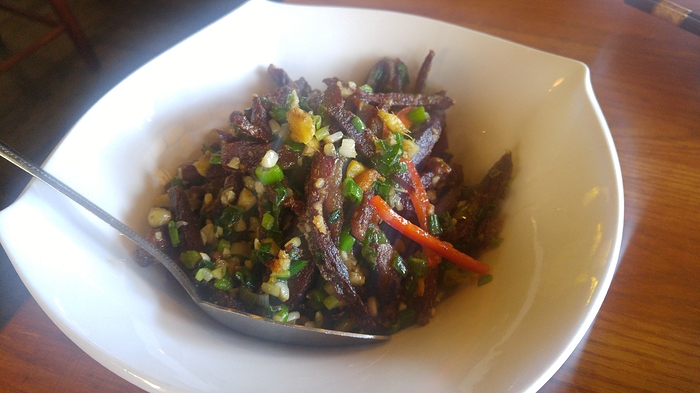 The texture of the fern- bracken- was somewhere between dried daylily flower and enoki mushroom. I believe its dried and rehydrated so there was an intense savoriness with this fern when combined with the bell pepper. Mildly hot. We enjoyed the dish.

Note that bracken contains a known carcinogen, ptaquiloside, that is destroyed in heat and is water soluble. Consumption raises the odds of gastric cancer. But hey, potato chips has carcinogens too and we all eat them… 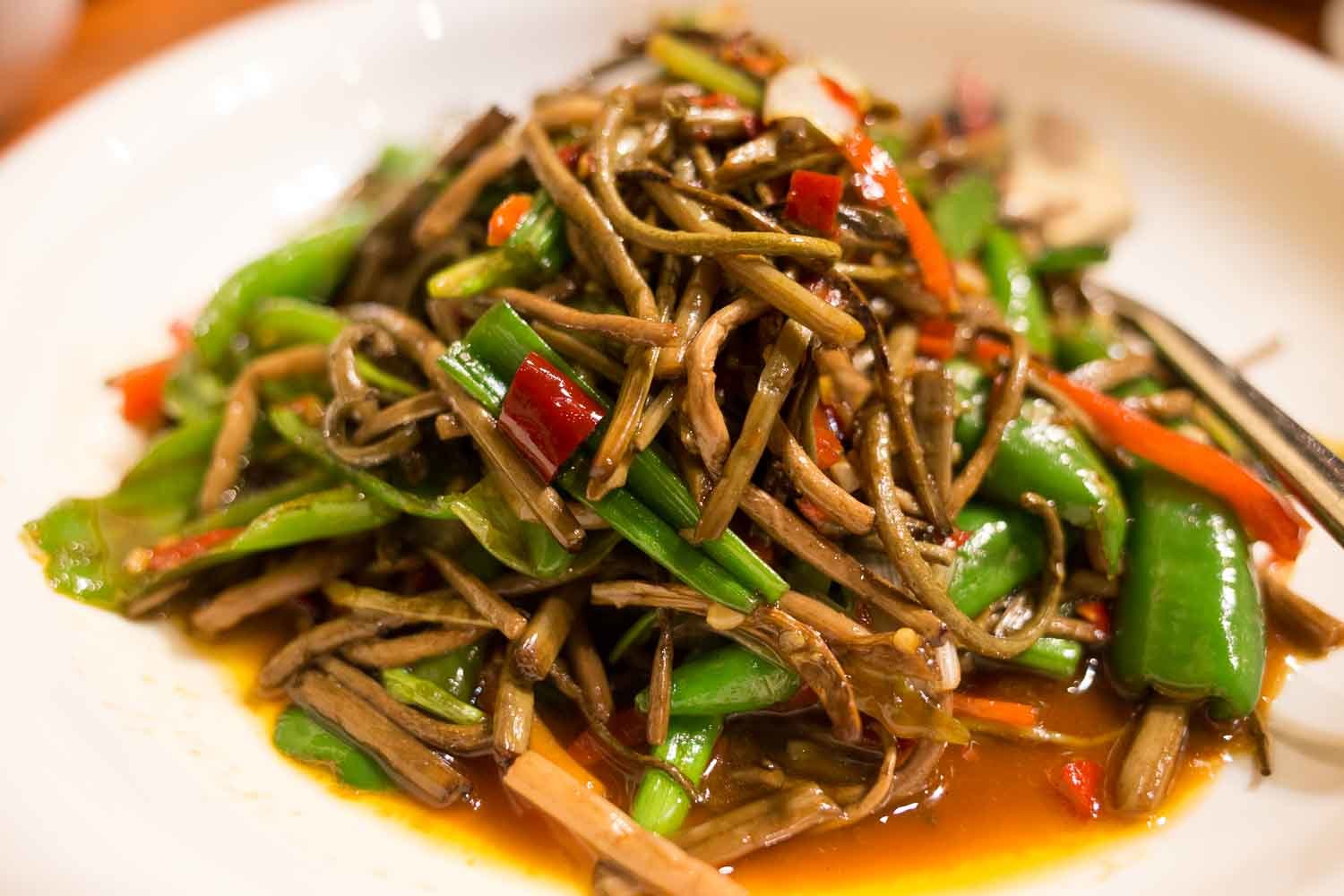 Pork rib noodle. Ribs were fall-off-the-bone tender. The dish had notes of five spices and its more enjoyable than the beef stew noodle soup. 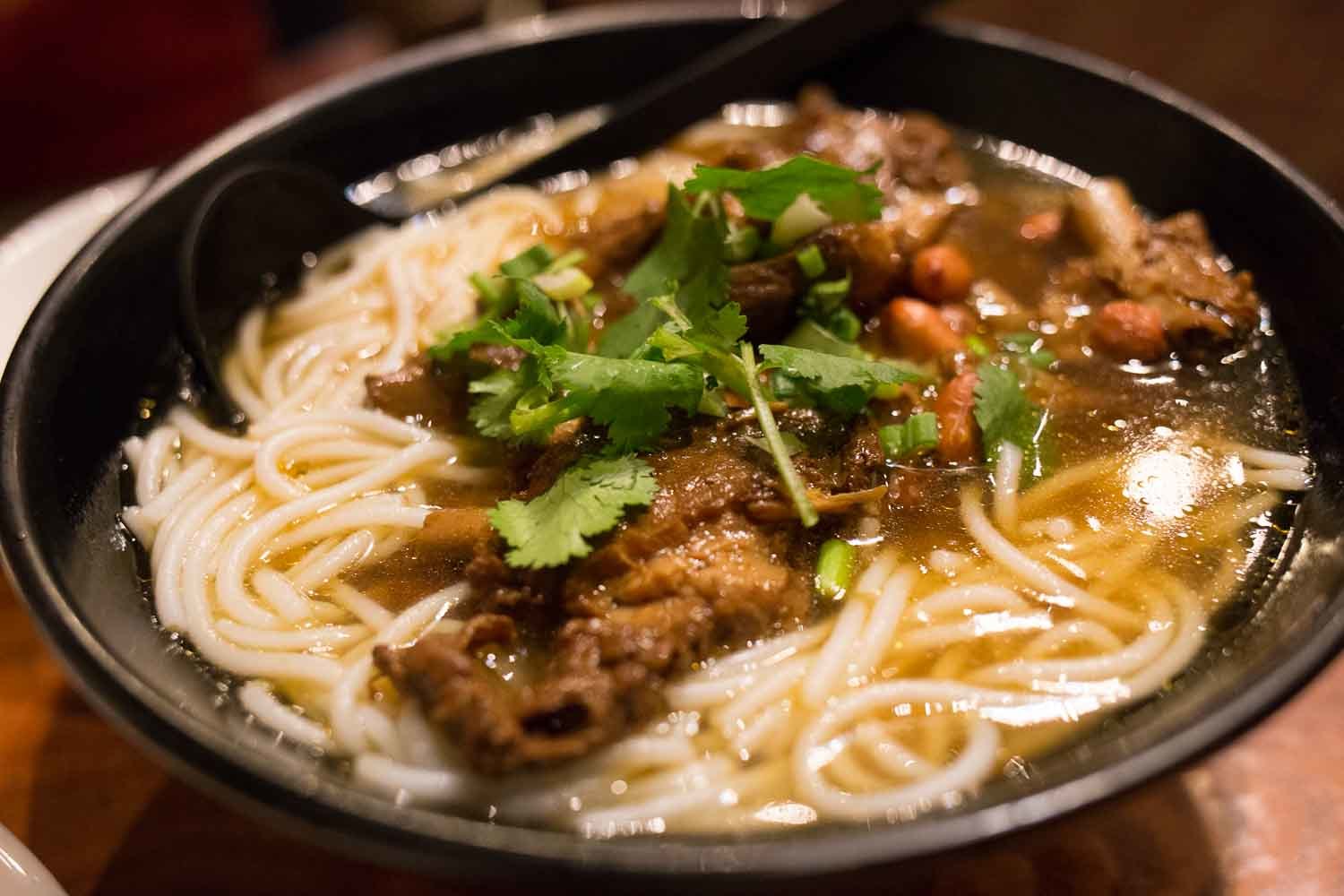 Beer duck. Nice dish. The beer imparted slight hints of maltiness to the duck in addition of the marinade on the duck skin/ meat, though more beer could arguably be added to the dish as the beer taste was faint. The one complaint about the dish- while the duck was quite delicious, its also a bony duck. I was not looking for a duck with huge bland pieces of meat but even by Asian standards, the duck was bony. 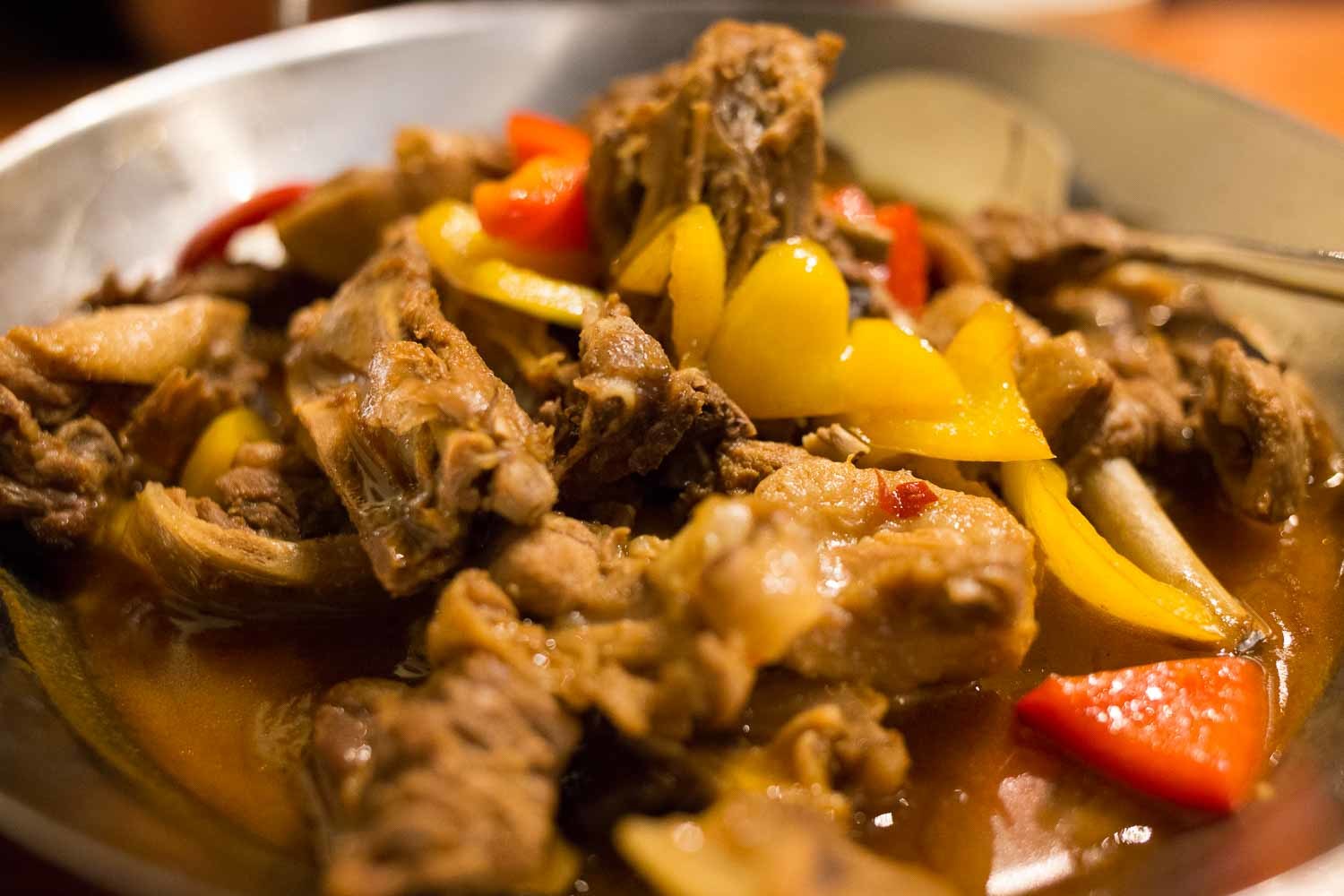 Dry Fried Beef was perfect to me

Thanks for the report- which day of the week was this beef special from? Their specials seem like a pretty good deal considering the regular dishes are relative pricey amongst Chinese restaurants in the Valley. But pricey in a good way given the cleaner taste and seemingly better ingredients.

I wonder if that fern caveat extends to the roots of the fern. I’ve enjoyed fern root noodles (蕨根粉) made from Bracken fern more than once and am still standing.

There is a long list of food with chemicals that can kill if eaten enough- bbq char, deep fried potatoes, lead in sashimi, etc. I personally think moderation is key.

My chemistry teacher used to say, ‘water can kill you too if you drink enough’.

The Dry Fried Beef is a regular menu item, not from the lunch specials…

Dry Fried Beef was the one dish I tried on a visit, and I really liked it. The spice mixture was unusual to me, and the amount of fat still inside the beef made the dish succulent without being greasy.

I look forward to more visits…