This was the evening that Mrs H & I call the “Office Christmas Party”. We always try and do something a bit different - although it usually involves dinner somewhere. This year, that’s a two hour train journey and overnight hotel in the capital, as well as dinner. Office parties don’t come cheap.

I’ve wanted to eat Steve Groves’s food ever since I saw him win Masterchef Professionals in 2009. And, on the basis of this meal, the boy done good. The menu reads well and is packed full of flavour combinations that make sense and you just want to eat. The restaurant is a nice space, with subdued lighting and comfy seats. Service is formal. Ever so formal – it really wouldn’t hurt to crack a smile now and again. Formal it may be – bang-on efficient it certainly is.

So, as to Groves’ food, there’s a couple of canapes to start things off. A paprika cracker topped with long cooked onion and a rye bread sandwich with ham and mustard and topped with a slice of gherkin.

The amuse was a well made mushroom veloute, topped with a scattering of chopped nuts, sourdough crumbs and truffle. It goes well with the excellent warm slices of sourdough – one white topped with sesame and, better still, a wholemeal. Seafood featured in both starters. A fillet of mackerel was cooked through but not mushy. Also on the plate, a dice of aubergine (?) and an intricate lattice work of very thin strips of heritage carrot. Prawn ravioli carried a £3 supplement to the fixed price. I wish places wouldn’t do this even when it’s a good value £59 for three courses. Three ravioli – al dente pasta with well flavoured fillings. There’s a langoustine as well – probably accounting for the three quid, along with the crunch from vegetables only described as “coastal”. Everything sits in a perfectly seasoned seafood broth.

As a main course, there’s a thick slab of roasted cod. It works perfectly with the accompaniments of sliced cucumber, chopped dill and an oyster sauce. A few little gnocchi are as light as a feather and delicious.

Like us, the Herdwick lamb had made its way from the northwest. It found itself on the plate in two ways. Perfectly pink loin and a long cooked “bonbon" with a crisp coating. The menu description said there was “black curry” but, whilst there as a powerful savoury black sauce, there was no curry flavour to be detected. Cauliflower had been cooked to soft (perhaps a little too soft) and then scorched. A segment of Little Gem lettuce was topped with yoghurt and a sprinkling of what may have been crisp rice. Whatever the sprinkling actually was, it all contributed to one of the nicest lamb dishes I’ve eaten in a while.

Pre-dessert was also amongst the best we can recall from the recentish past. There’s a pineapple compote, as sweet yet sharp as you’d hope. That’s perfectly balanced by a topping of yoghurt foam and a thick crust of pain d’epices crumbs.

A passion fruit soufflé was also perfectly made. There’s that “perfect” word cropping up again. Not overcooked, not eggy. A hole is made in the top and a white chocolate sauce. Alongside, a mango sorbet contrasts nicely with the soufflé. Vanilla cheesecake was an elegant cheffy affair, dispensing with the usual cheesecake presentation. Here, there’s a ring of biscuit, topped with piped blobs of the cheese, topped with semi-dried bits of kumquat. Alongside, a lime sorbet is a complete contrast to the richness of the cheesecake elements.

Coffee and petits four were pretty good. It almost goes without saying that we’d enjoyed a cracking evening.

Thanks, John, this sounds terrific. We’ll be sure to try Roux but after a feasting, holiday week in California. It’s actually a family gathering of all my nieces and nephews (6), plus their offspring and mine.

By the by, the set lunch seems outstanding value at, I think, £36

Nicely written! I don’t go to London often but do enjoy reading well written restaurant reviews with vivid descriptions. Thanks!

I often prefer a lunch out to a dinner, so this is high on my list. Thanks again, John. I love your, ‘office parties.’

The holiday should be a very good one, although a very long flight… again. I haven’t been to L.A. for 5 years, and can’t wait.

Oh my, this is a fabulous rec. I really must make a trip to London and update myself with all the new openings soon.

Thanks for the wonderful write-up, John.

And, June, I do hope to catch up with you the next time I’m in town.

Please let me know when you’re next in the UK. It’d be great to meet up with you and June (and others, of course). It’s a bit of schlep from the Frozen North but, if I can, I will.

Yes, you really need to make the trip, Peter… always so many new places to try. Give me lots of notice before you’re here next. See how popular you are.

Even John will make the trip to join us!!

Sure thing, June. I look forward to catching up with all of you again pretty soon. 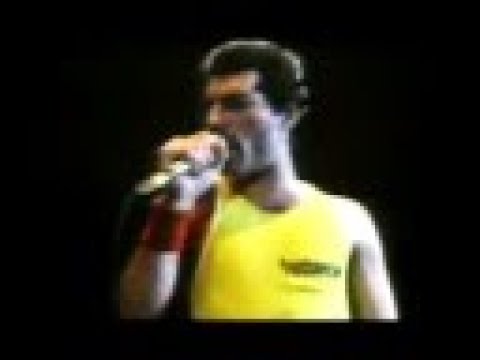