Regency Café is an art deco café on Regency Street in Westminster, open since 1946 and seen in such movies as Layer Cake, where a guy gets beat up in there and a kettle of tea poured on him. You order at the counter (cash only) get your own silverware, and then seat yourself, picking up your order in the front when it is called. It’s difficult to miss your order as the order taker/announcer has a very strong voice - I could hear her down the street outside while walking to the restaurant.

I had the set breakfast, which was £5.50 and included:
beans or tomato (I had beans)
toast or bread (went without)
tea or coffee (got tea)
1 sausage, 2 bacon, 1 egg
I added black pudding and hash browns for 90p each. You can also add bubble and squeak for another 90p.

The beans I think were canned Heinz, and were good and tomatoey. The bacon was lean and more like a ham. It was a little on the dry side. The black pudding was very good, with a soft consistency and a mildly gamy taste, as was the sausage, which was not the juiciest but was tasty anyway and had a hint of spice. The fried egg was properly runny. The added hash browns were like thicker triangular versions of the ones you get at McDonalds, which for me is a good thing as I love McDonalds hash browns. It came with a very strong milky tea. Nothing fancy but a solid, filling breakfast at a good price. 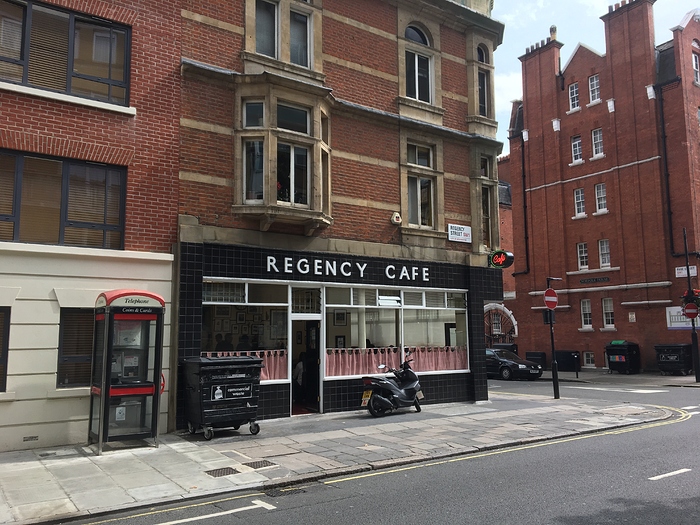 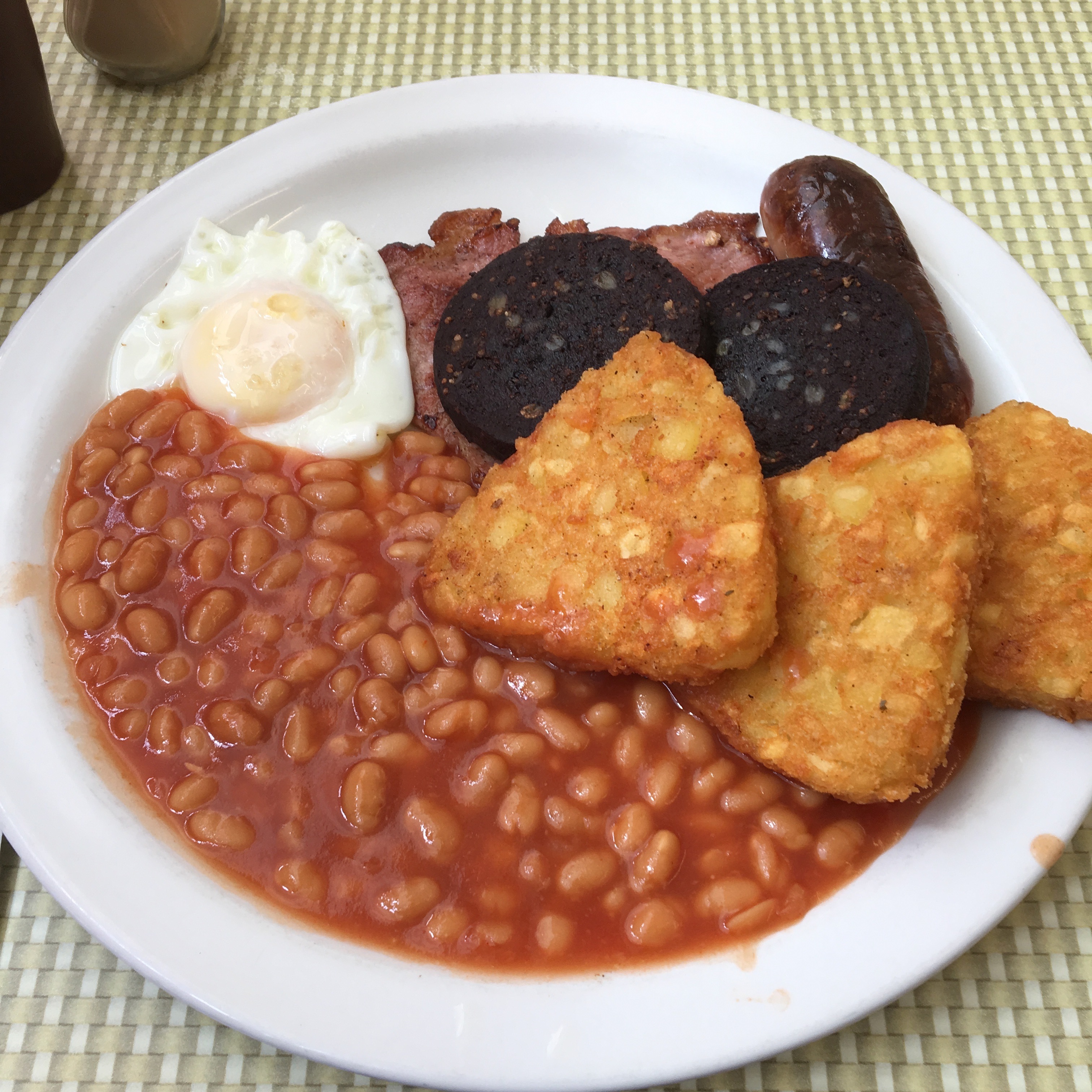 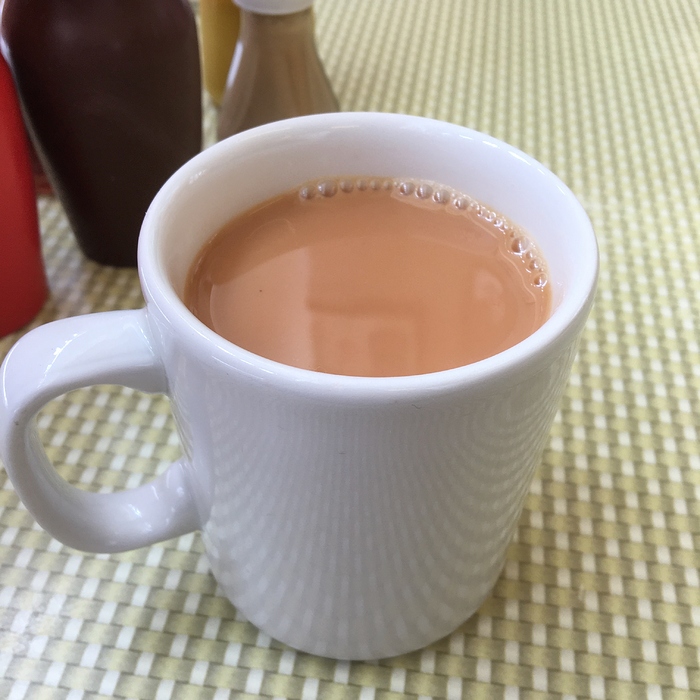 I met up with some English friends this summer, they had rave review on Regency Café. They told me it was something not to be missed when visiting London.

Your review gives me another point of view.

Definitely worth checking out, esp. if you like a greasy spoon ambiance.