Dim sum restaurant, RedFarm, is the latest NY transplant to hit London, it seems. 4 days old when we there last week, the place still don’t have the round-the-block hour-long queues one sees at its crazily-busy NY outlets in Greenwich Village and Upper West Side. 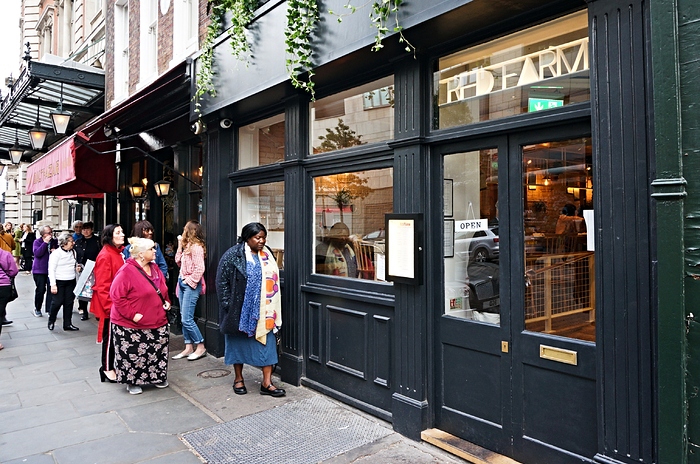 We were seated at one end of a long communal table. I think Londoners are used to the idea of a shared table these days, unlike back in the early 90s when Wagamama came up with the concept. 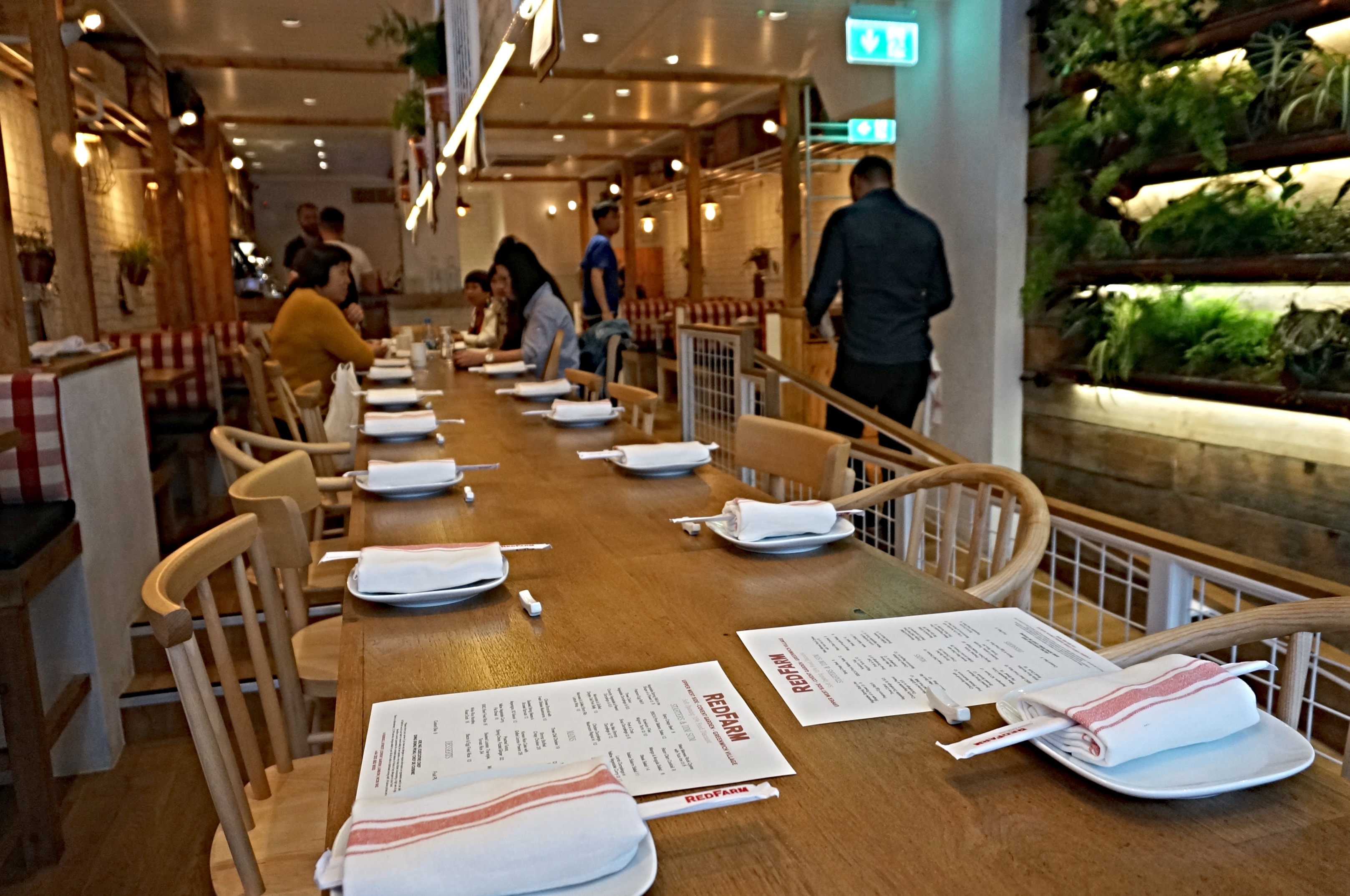 Plates of pickled vegetables were served whilst we perused the menu: 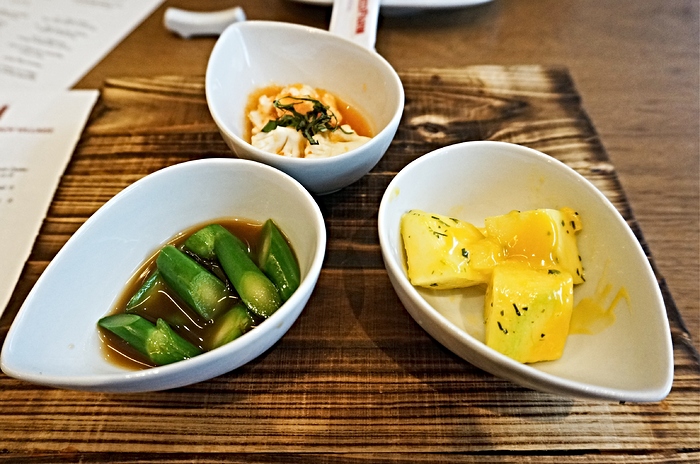 The menu is pretty expansive, and we’d barely touched the surface of what the kitchen can offer. I’d like to come back and try its pastrami eggrolls which New Yorkers have been raving about.

Will be pretty interesting to see how Londoners receive this newbie in town. I don’t have the opening hours yet, but it opened at 6pm for dinner when we were there last Wed.

I think Londoners are used to the idea of a shared table these days,

I hate them with a vengeance (maybe it’s because I’m not a Londoner). There’s a decent Italian near me which has shared tables. I understood it there as it’s a small cramped space and it maximimises the number of punters they can seat. We’ve havent been lately, hanging on for them to open a much larger outlet in the city. We’d hoped these would be “proper” tables and chairs but no, they’ve stuck with the shared tables and benches. And, no, we’re not going to try it.

Sort of surprising it’s not busier, it seemed like it was being hailed as a big opening from across the pond in the foodie press, although I guess it’s not all that known over here.

We’d hoped these would be “proper” tables and chairs but no, they’ve stuck with the shared tables and benches.

I’ve actually gotten used to shared tables ever since my first time at Wagamama back in 1993. It was the same for me at Bill Granger’s Sydney original, Bill’s, in Darlinghurst, that same year. Never looked back ever since.