Fish & chips were on my list of things to try in London and I found a bunch of recommendations online for Masters Superfish, in Southwark near Waterloo station. They have a takeout window in the front and a sit down restaurant through some doors inside. Lots of different types of currency bills line the walls, with a map with pins on it from visitors on one wall.

Came with a few complimentary sides: 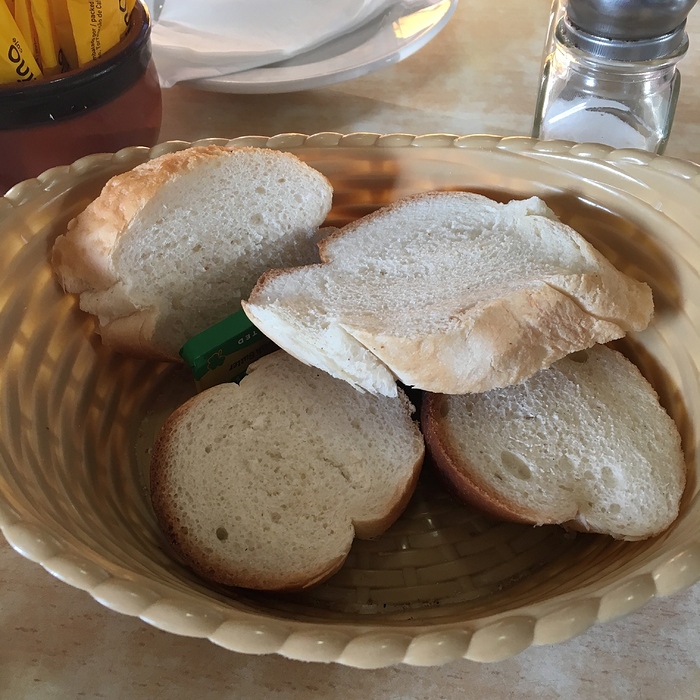 Shell on Prawns
Didn’t expect this - they give you some steamed/boiled prawns for free. Served cold, very fresh and sweet. Some of the shrimp even had some roe on them. 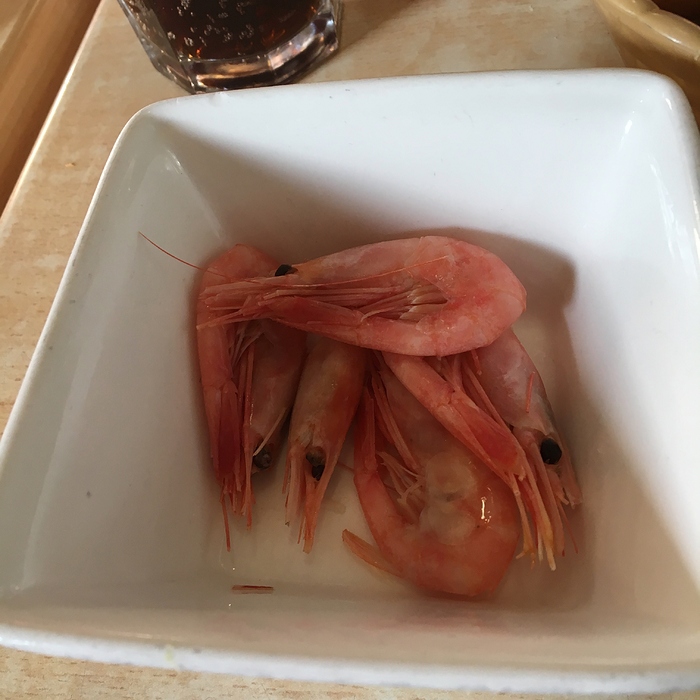 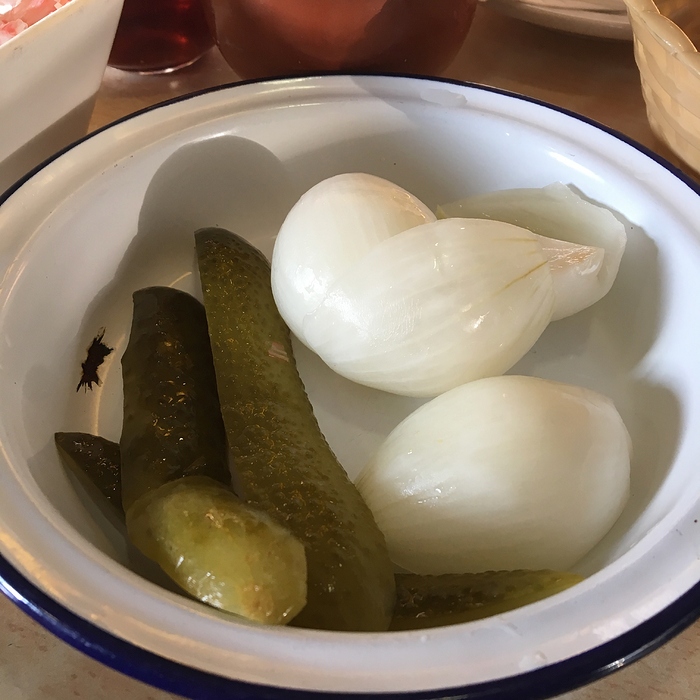 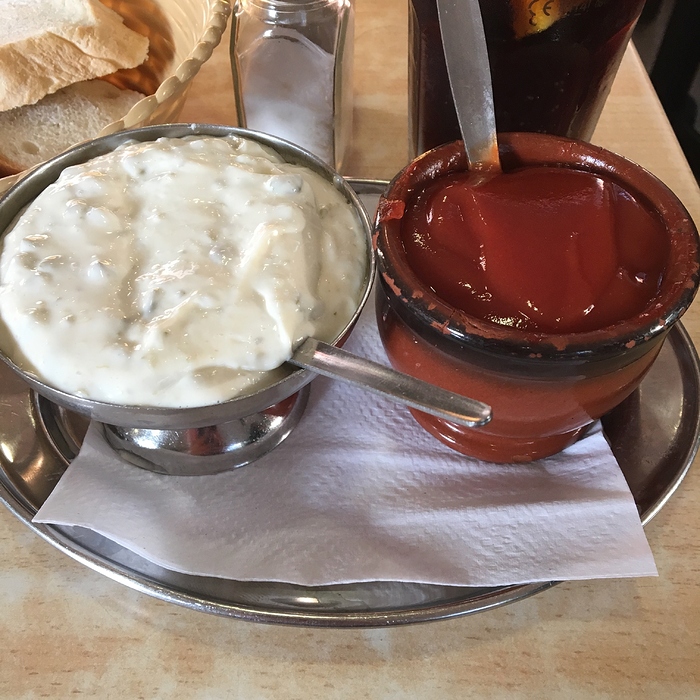 Combo
Huge portion. Two big filets of cod. One coated in mustard and fried, and the other coated in a beer batter and fried. The coating of the mustard coated cod had a texture similar to a light simple cornmeal batter, only mustard flavored. The beer battered one had a crunchy and slightly chewy batter, excellent batter texture. The mustard fried cod was good, but I preferred the mix of textures in the beer battered fish. The cod inside both types was very moist and tender but not very flaky. I believe that haddock, which they offer as well, is dryer and more flaky. Skin was left on on both pieces, gave it a nice change in textures as the skin had crisped up a bit from the frying. I think if I were to come back, I would probably skip the mustard fried cod and maybe give the haddock a try.

Fries were pretty good. Thick cut and crisp on the outside and soft on the inside. 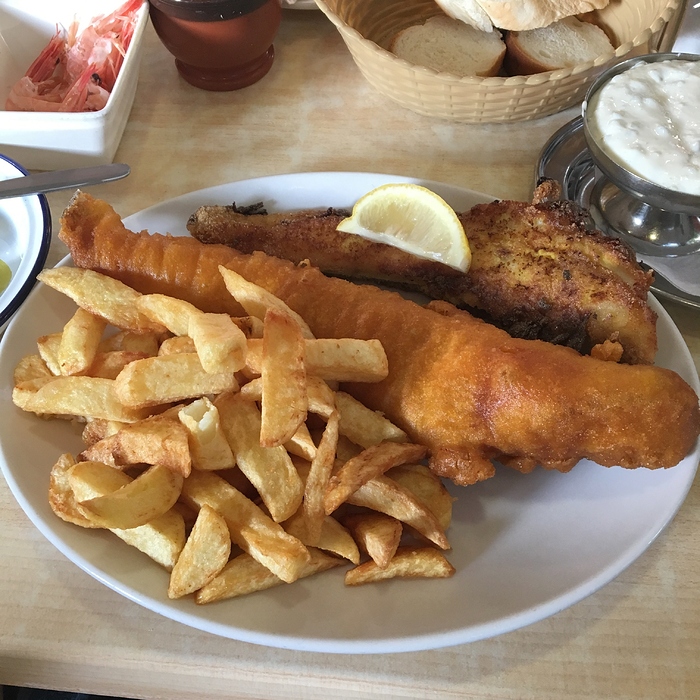 Side of Mushy Peas
Tasted like mashed up peas. I guess it’s good to have some vegetables. 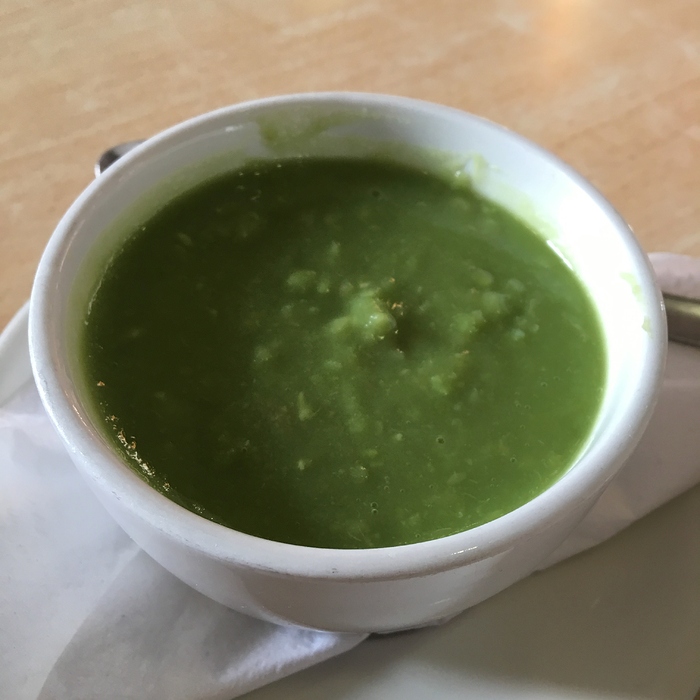 The fish & chips at Masters are so good, they could almost be northern., although as can be seen from Mr_Happy’s photo, the mushy peas are overly wet for perfection.

I discovered Masters when I moved to England about 13 years ago. I’m sure it was recommended by someone in the know because I tried it very eagerly. It’s the place I always recommend to people who are visiting London and want a tip. Luckily, we’ve found a wonderful fish and chips shop nearby to where we live in Surrey, so I don’t go to Masters all that often, but I’m glad to read it still has the same good food as some years before.

have never tried this but maybe i will now. never been a fan of mushy peas so thanks for your review - will skip those gladly