I don’t know why it took us so long to discover this place - German Gymnasium (facing St Pancras and King’s Cross stations) is an utterly beautiful restaurant: bright, airy and super-chic. It has an enormous bar with an impressive drinks list, and serves a modern take on German cuisine. 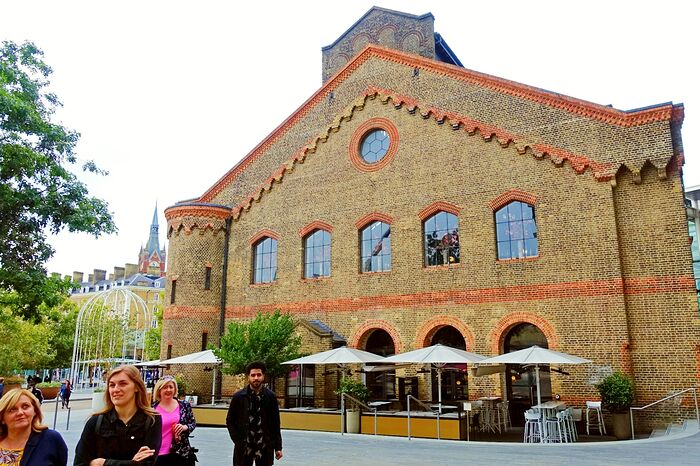 The décor was simply jaw-droppingly beautiful. Re-designed by Tina Norden from Conran & Partners - this huge space was originally built back in 1865, and was the venue for some events when London hosted its first Olympics in 1866. 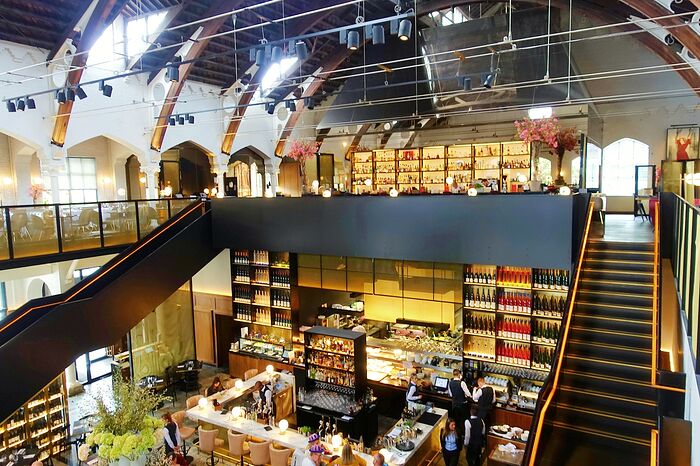 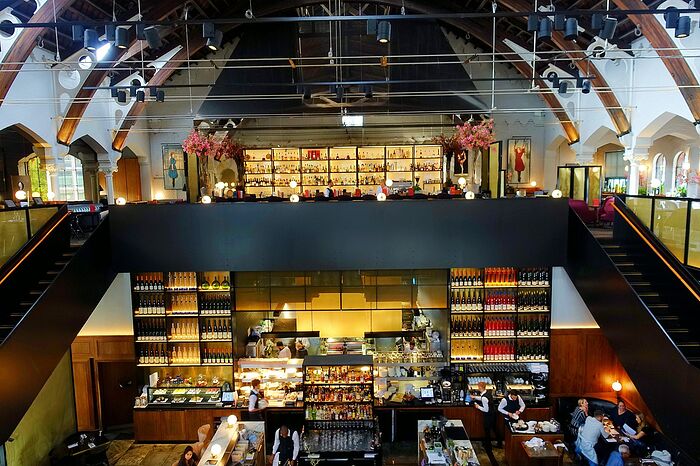 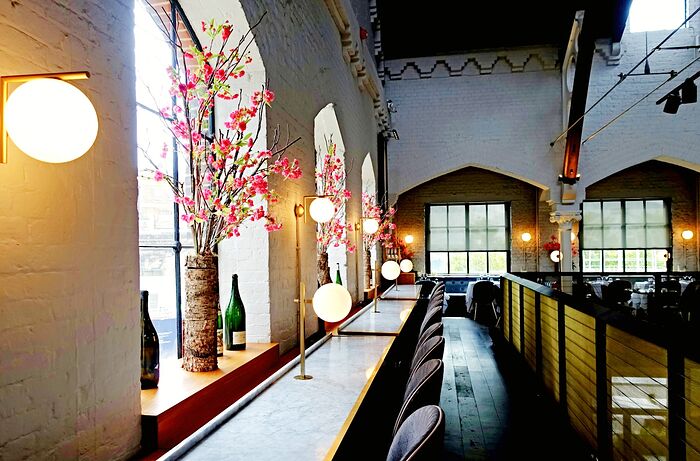 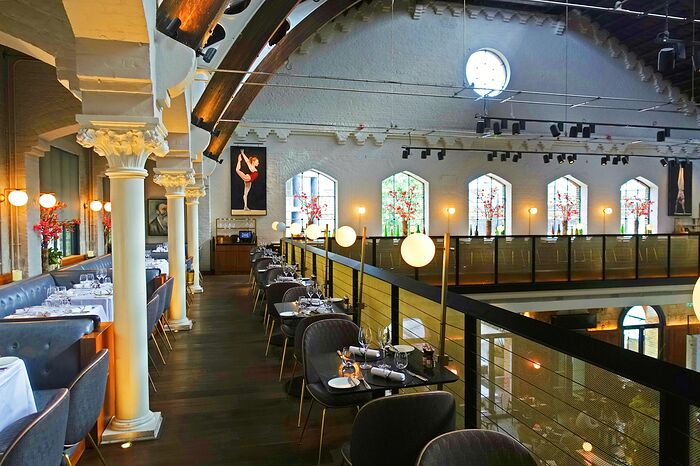 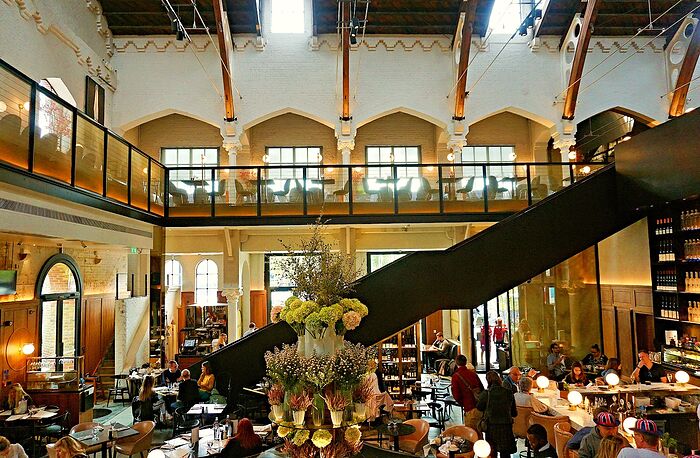 We actually stumbled upon this place after a late breakfast at Granger & Co.'s King’s Cross outlet right next door, but still couldn’t resist coming in for a couple of salads. 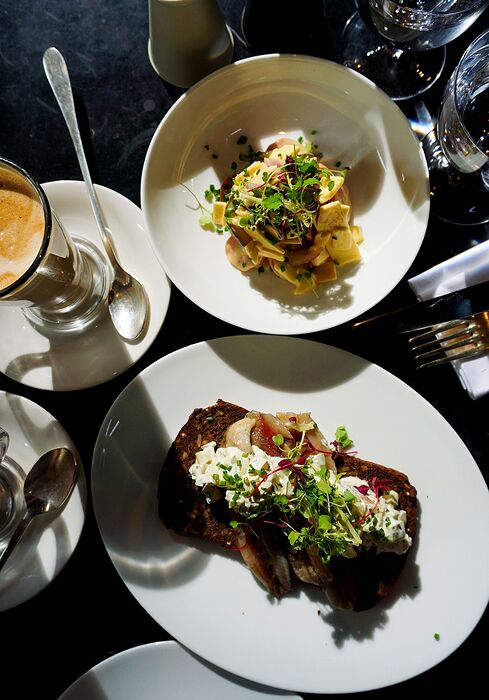 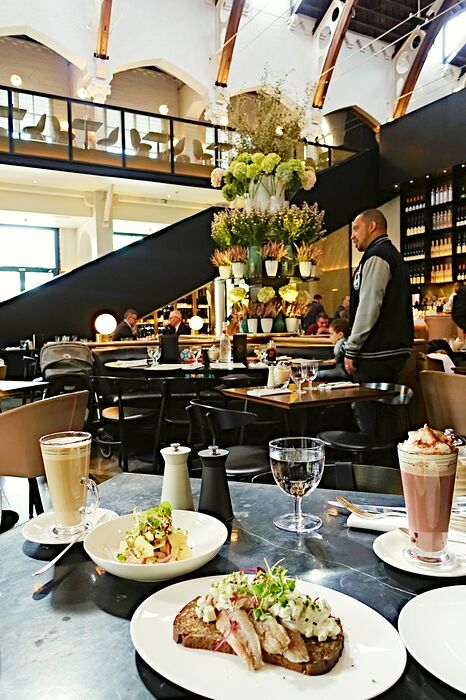 We decided the try a couple of their desserts:
3) Black Forest gâteau 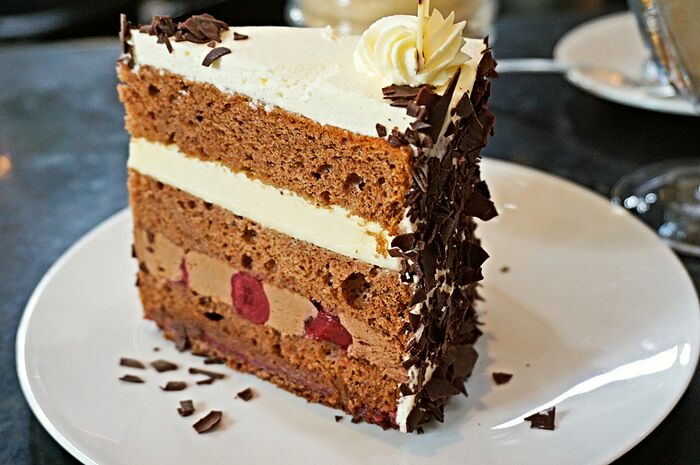 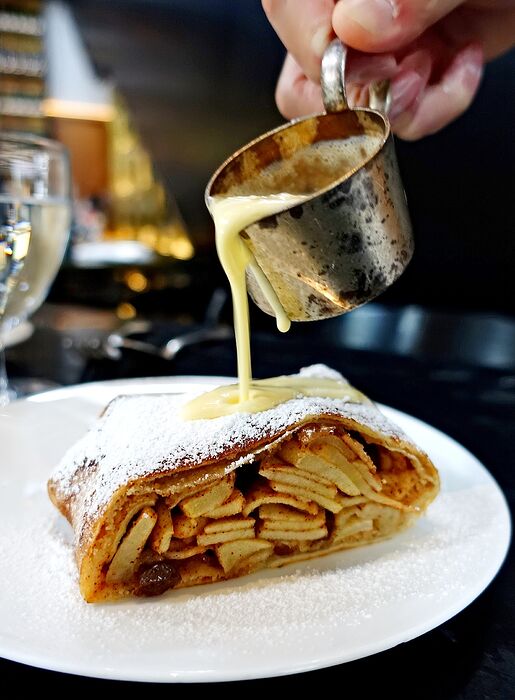 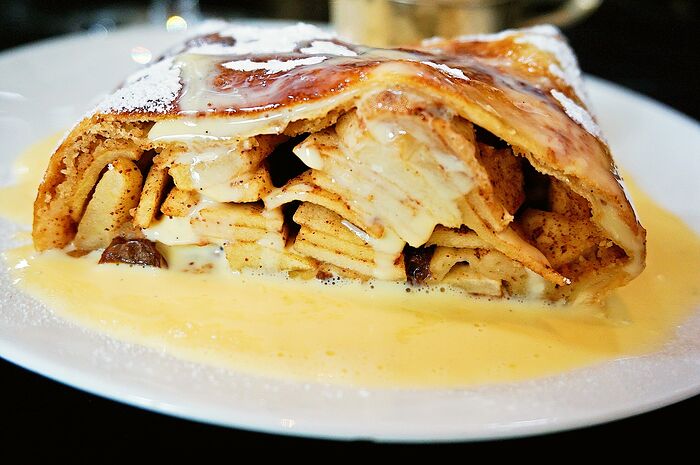 Both desserts were rather disappointingly average.

The hot beverages were impressively presented but, again, quite average.

Overall, what we had on the plates did not match up to the superlative décor and ambience. We’ll need to return for dinner and see how the kitchen fare with their hot mains. 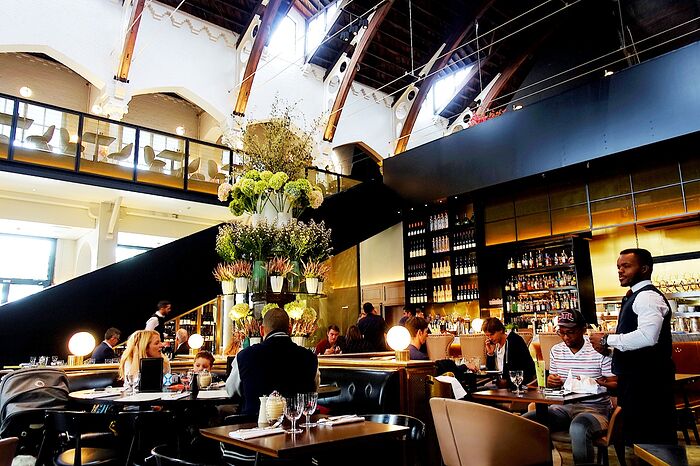 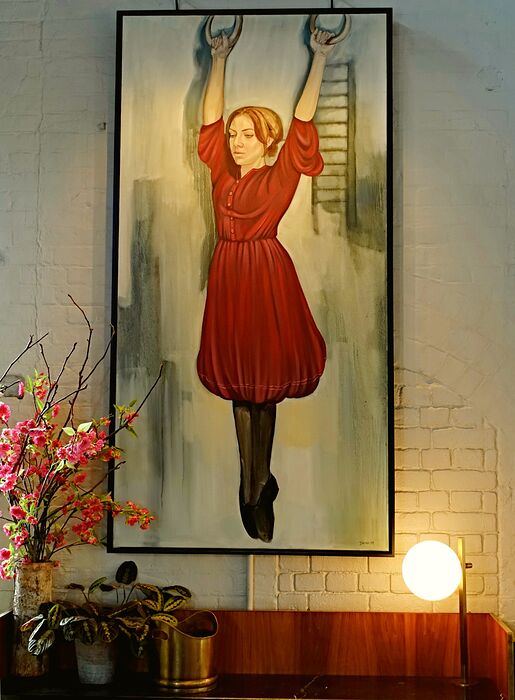 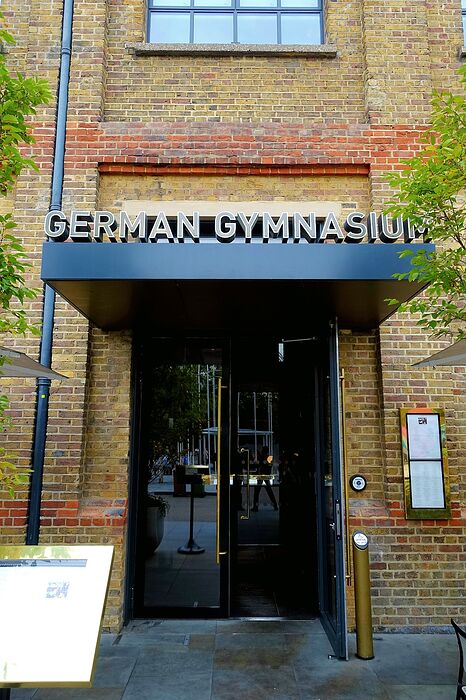 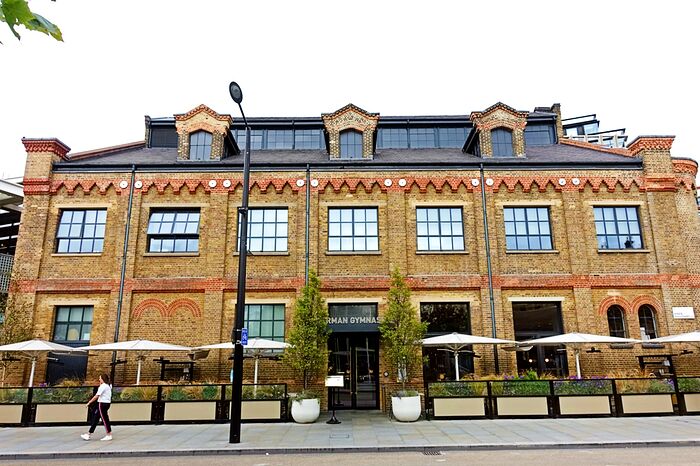 Nice pictures- that Black Forest cake looks rather dry and the Cappuccino more like a latte.

It was dry, and not very good - rather disappointing, considering what an utterly beautiful space the restaurant occupies.

Agreed, it’s a gorgeous space. I went inside to consider it for a Christmas party some years back, but left disappointed with the menu. So it’s nice to see what they have on offer and there are a few things I’d like to try, based on your photos. Herring, yes please. Having had fantastic strudel in Budapest (foodie place not talked about too much on here) that effort looks really off. Thanks for going there for me. Now I know!

I love Budapest, too. The Hungarians are really the unsung kings of pastries.