Mandarin Kitchen has always been the go-to place for Cantonese-style lobster noodles (egg noodles braised with lobster, ginger and scallions) among HKers, Singaporeans and Malaysians visiting London for the past 3 decades or so. There was a minor hiccup when Mandarin Kitchen’s head chef, Paul Ngo, followed then-restaurant manager, Humphrey Lee, over to Pearl Liang 8 years back. For a while, some regulars followed the duo over to their new place. 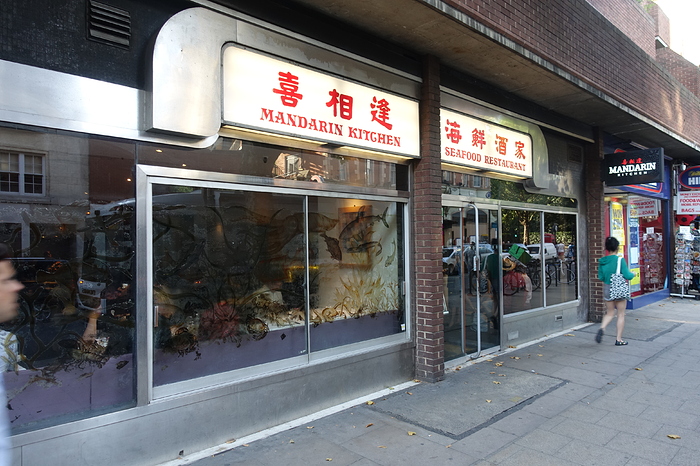 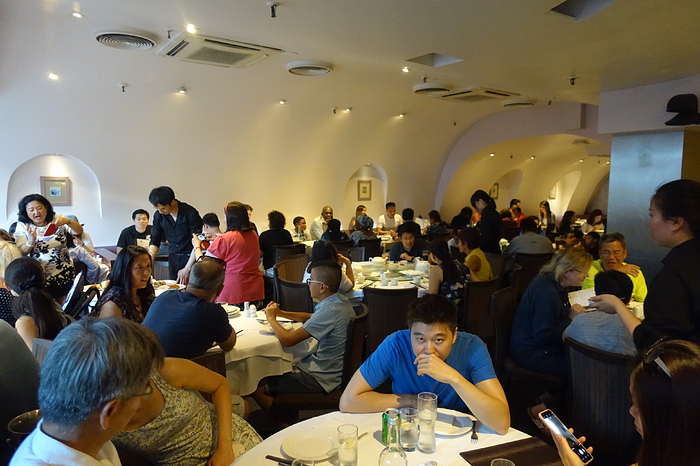 But Mandarin Kitchen, despite its cramped seating arrangements, surly (if efficient) wait-staff and “train-roaring-your-ears” din, still manages to hold its own. Book ahead, especially if you have a large party. Which was what we did last Sunday, when a bunch of us 9 Singaporean diners made a bee-line to Mandarin Kitchen for its piece de resistance. It was presented with a flourish on a large serving platter, before our waiter whisked it away to plate individually. 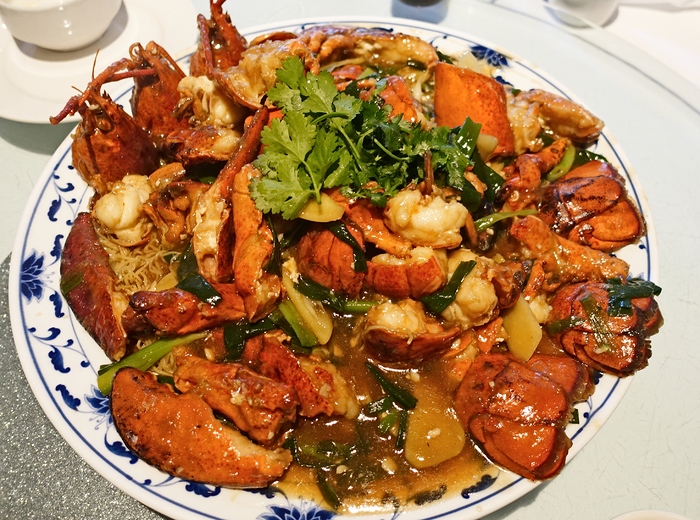 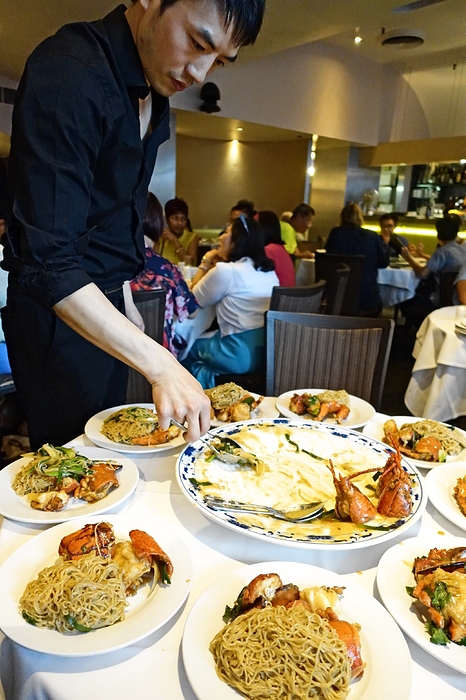 The noodles, akin to wantan noodles, were thin, thus maximising the surface area to allow the braising sauce to cling to them. Very tasty, with subtle ginger and scallion flavours.

The other dishes weren’t really worth writing home about - the roast duck was pretty good, but nothing which can compete with those luscious ones with glossy skins from the specialty roast duck spots along Queensway (Four Seasons, Kam Tong, Gold Mine, etc.). 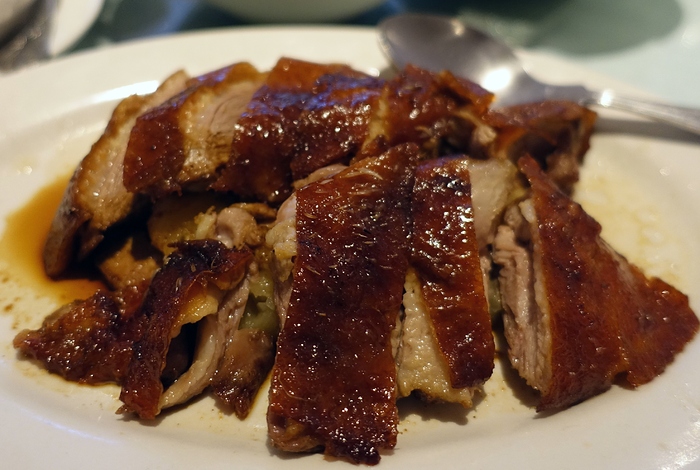 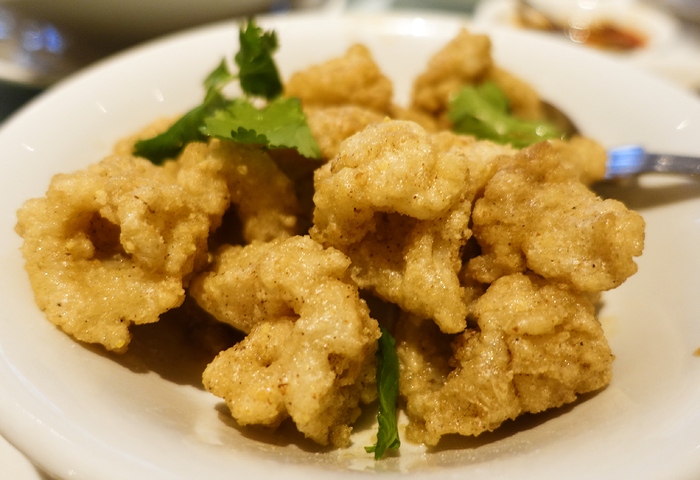 The steamed “Sam Wong Tan” (Tri-colour Eggs) which consisted of hen’s egg custard containing chopped salted duck’s egg-yolk and century egg. The savoury pudding will be drizzled with good quality soysauce and topped with a sprinkling of finely-chopped scallions. The rendition here was “okay”. Best in London would be at the Golden Dragon on Gerrard Street (Chinatown), followed closely by the rendition at Gold Mine on Queensway. 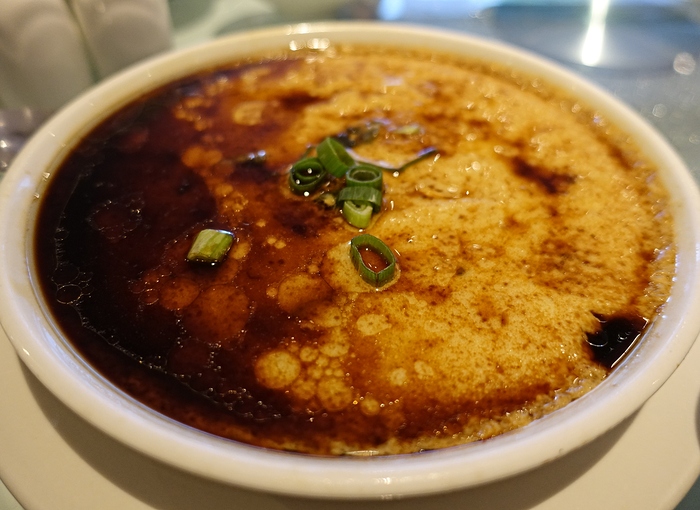 We probably would try its other seafood dishes next time. 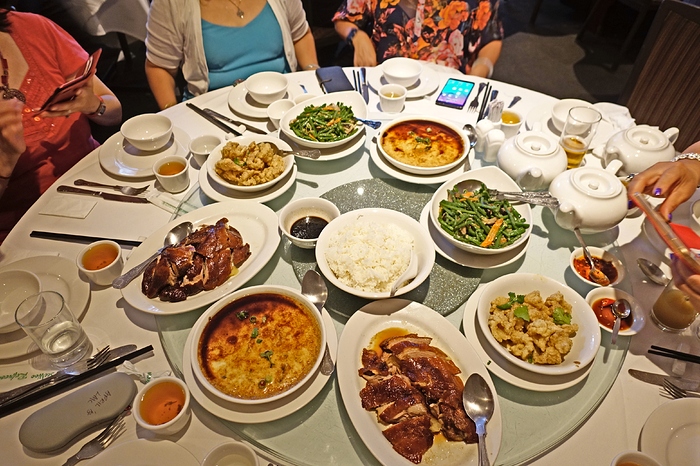