Gymkhana is an upscale Indian restaurant in Mayfair. Its owners also own Trishna, Hoppers, and several other restaurants. I couldn’t get a reservation in advance as apparently it’s quite popular, but managed to walk in and get a seat at the bar downstairs on a Friday night.

In addition to a la carte, they also offer a tasting menu for £70, as well as a vegetarian tasting menu and a “hunter’s menu” which looked more meat-centric. I had the regular tasting menu as I figured it would be a good way to try a few more things than if I ordered a la carte.

This was on the tasting menu:

Some crispy papads along with a mango chutney and a reddish chutney with some little shrimp in it. New to me were the sabudana papads, which are made from tapioca and had a bit of a rice cracker texture. 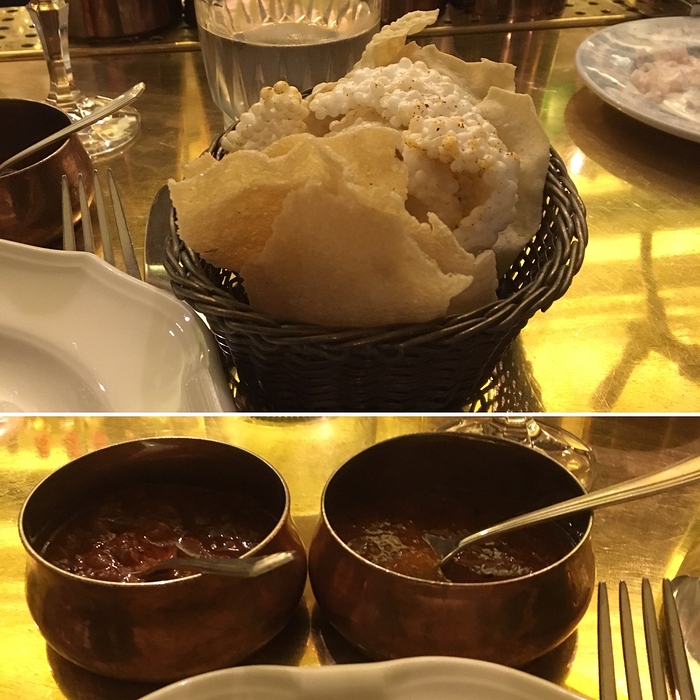 Like a deconstructed samosa, topped with tamarind sauce, I think a green coriander chutney, and a yogurt sauce along with little crispy sev strings. 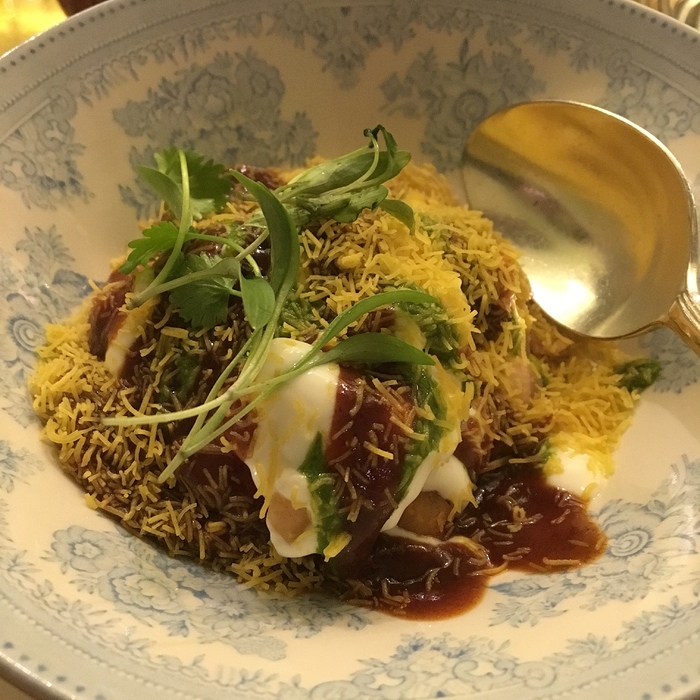 You had a choice between a fish tikka and scallops. I chose the fish tikka. This was excellent, the best thing I ate in this meal. Could taste the smoke from the grill. The fish was flaky and moist, and its coating /marinade was a little tangy and had a ton of peppery spice flavor. 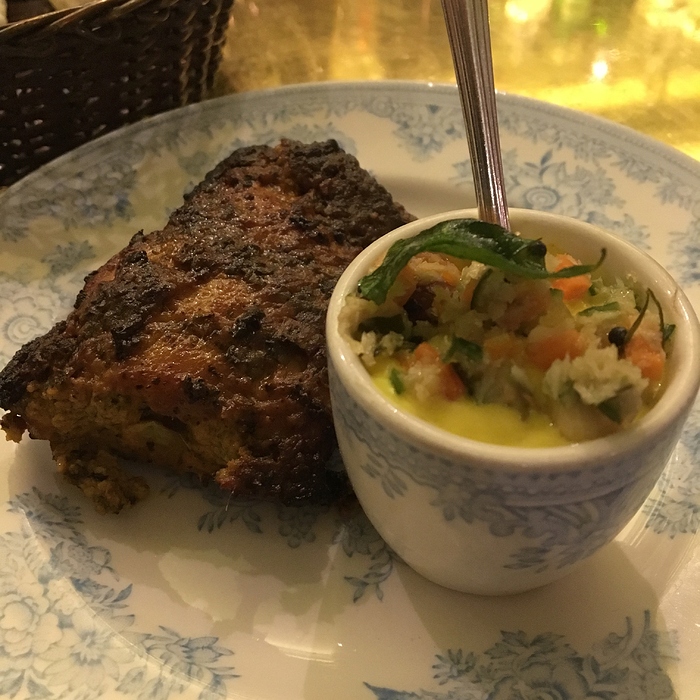 Other possible choices for this course were a chicken tikka and a goat methi keema. This was really good as well. The kebab was a little spicy, smoky, juicy, and studded with chopped onions. It came with a green chili sauce on the side that was very spicy. 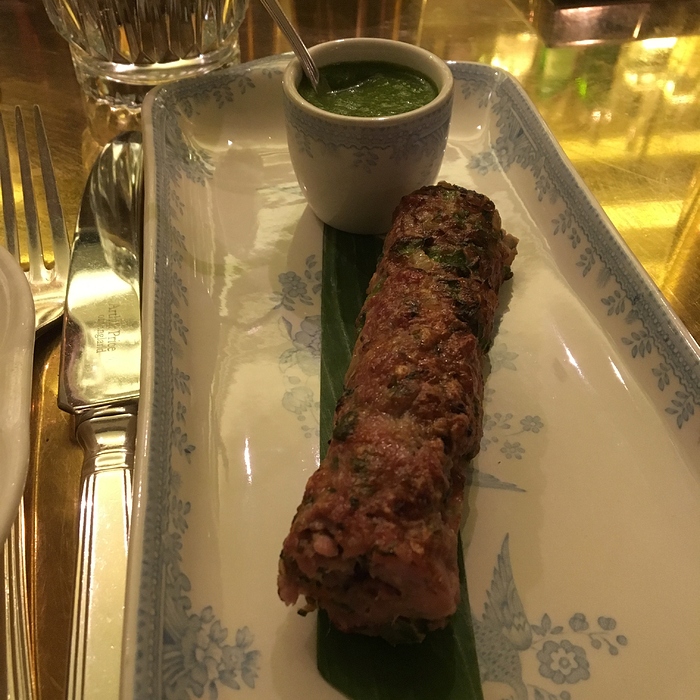 This was the main course, a shrimp curry with several sides. The other option was a pork cheek vindaloo. Delicious curry - rich, a little tangy, and a little creamy. The shrimp were cooked perfectly. I did wish that there was more of them though - there were only about three large ones in there.

I chose bread over rice. The bread basket had a variety of naan and roti. Of the side dishes, the dal maharani/makhani was a very good rendition, creamy and flavorful. The aloo methi mattar was also quite good - chunks of spiced potato with peas, topped with crunchy deep fried strips of potato. 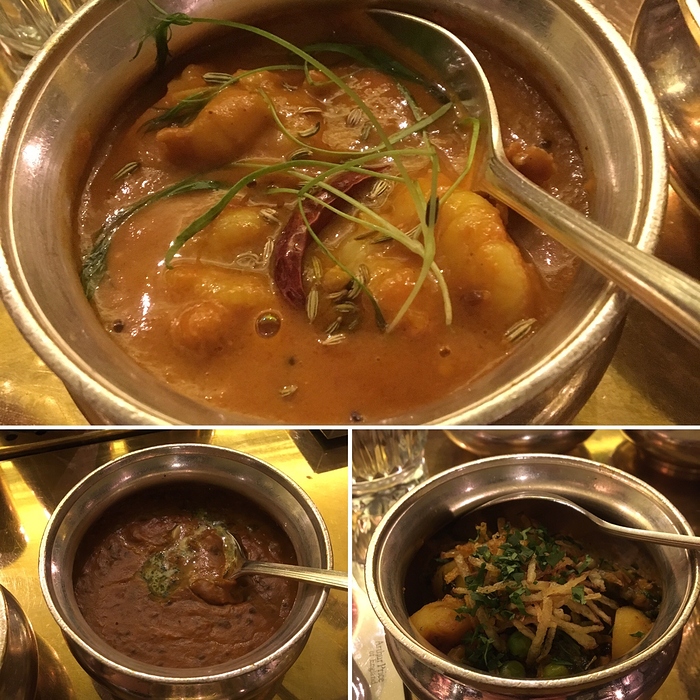 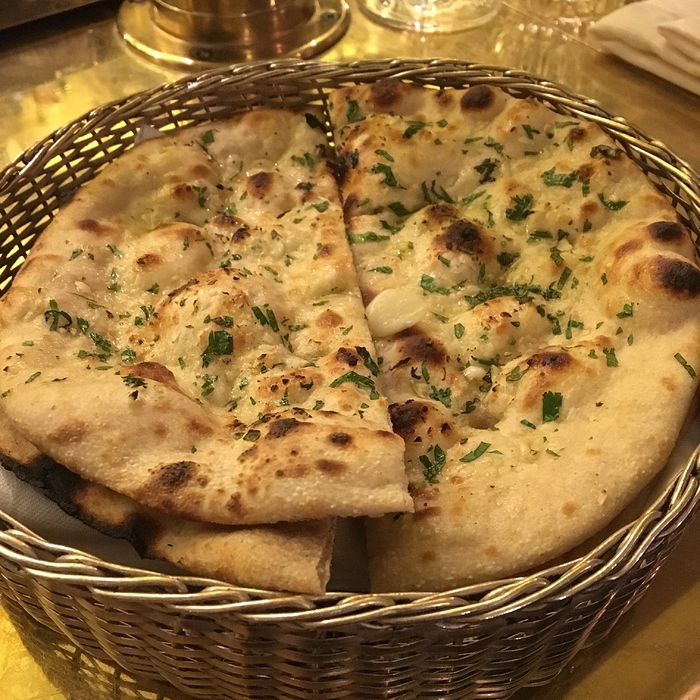 Mango Kheer
I chose this over a chocolate ras malai. It was a nice and refreshing rice pudding, with chunks of sweet mango. 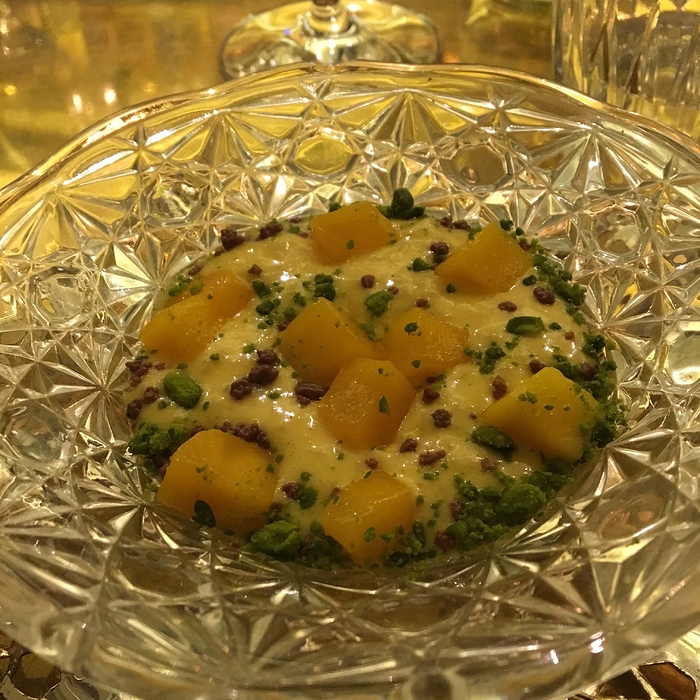 Everything was well done, and some of the best Indian food I’ve had. I would go back for the fish tikka alone. At £70 the tasting menu is a bit expensive, though I was definitely not hungry afterwards.

We ate at Trishna in 2015 and thought it very good.