Dishoom is an Indian restaurant mini-chain in London. I had the bacon naan roll (£6.90 with egg) from their Covent Garden location for breakfast. It was easy to walk-in and get a seat at around 9:30 AM on a weekday.

The sandwich has cream cheese, some tomato jam, and a good amount of smoky sweet and salty streaky bacon (this is apparently what the British call what Americans call bacon, although it was a bit meatier and less crispy than typical American bacon) from the Ginger Pig on a fluffy piece of naan. Served with a sweet tomato chutney on the side. I ordered it with an egg added, which was fried and slightly runny. It was a very good sandwich.

Also had a cup of their chai (£2.50), which was great. I think the spiciest chai I’ve had. Sweet and milky, with free refills. 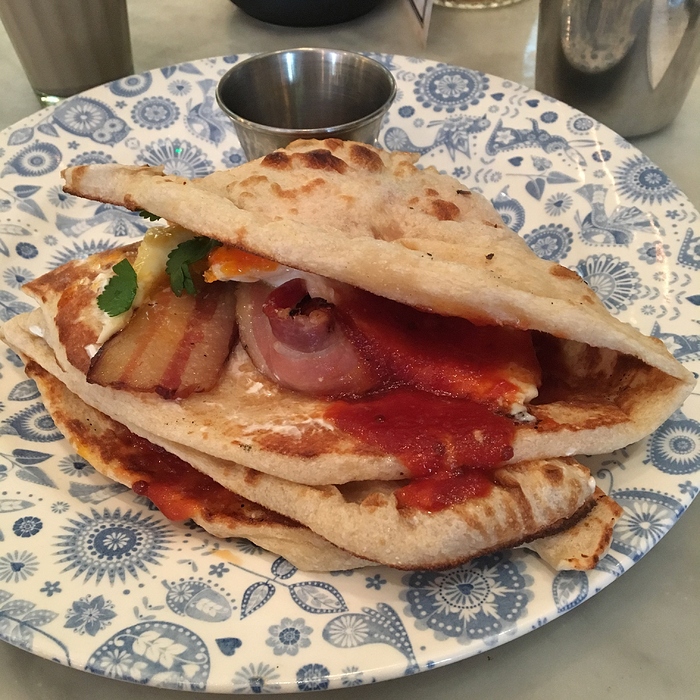 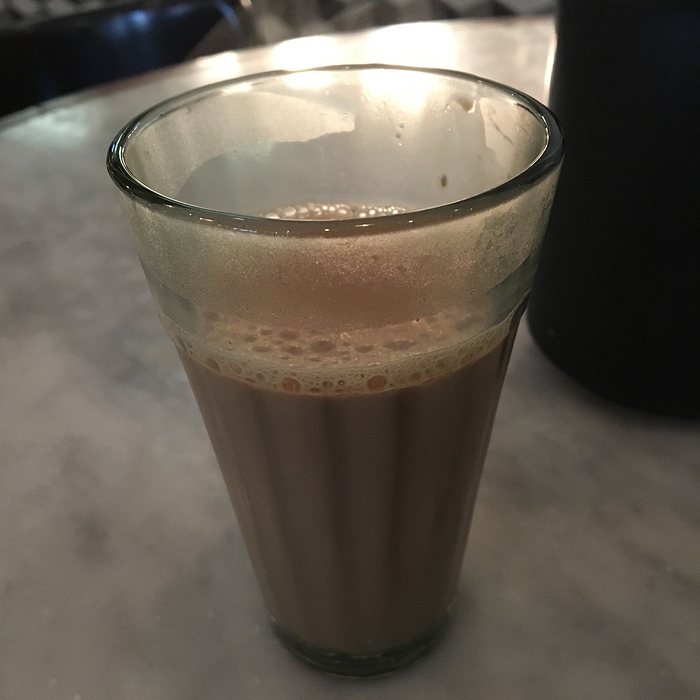 I like the sound of that sandwich. It looks like the naan is folded in four — was there more bacon in the layers underneath?

It was folded in half and then cut in half sandwich-like and stacked, so basically 2 pieces - each with a layer of bacon and egg inside.