This has become my Chinatown dim sum destination but I noticed some newish names about and I would be pleased to hear any recent experiences. Gerrards Corner is where we take our children and the sweet and sour and crispy duck territory is always sound.

Always good to eat what they will not and too much lunch (for one) consisted of prawn and coriander dumplings, turnip paste in XO sauce, meat in tofu skins and soup, and steamed chicken and wind dried sausage on rice.

The turnip paste is a standout dish and the rest was very good, a little less polished than Royal China Baker street but none the worse for that.

Any idea if they make their own XO sauce? By paste, I assume you mean cake?

I think it is called paste, it is served in small pieces with beansprout and spring onion. No idea if they make the sauce but I recall it being spicier the previous time I ate it. (The picture menu has it as square cakes but this it wasn’t)

turnip cake is a favourite but no one ever likes it so i only ever order it in toronto where it costs pennies (well, not really…). i’ve had some lovely dim sum in london but it seems so expensive and i’m not sure why. i’m told that hakkasan is extraordinary but so’s the price. ping pong overcharges. spoiled by toronto prices and variety

. lately, to divert from your chinatown thread, i’ve been buying frozen dim sum in various hackney stores and ‘making’ my own quite regularly. for about £15 i can get enough to last through at least three meals for two. it tastes the same! what i would like to know is where else in london chinatown would you recommend? i browse and rarely go in anywhere. too many disappointments. i’m an outrageously tough critic no matter where i go. i’ve not even found a place that makes me smile in paris or anywhere in italy and am the object of scorn in a lot of forums because of me. sooo… impress me!

I agree, a Chinatown recommendation would be useful. The other two Dim Sum destinations for me are Royal China (not club) in Baker Street which can be excellent and given the absence of a view you could be in Hong Kong, also Phoenix in Marylebone. My one visit to Hakkasan convinced me that it was extraordinary but not so much the food. Friends like Yautcha but I think it is expensive and not great, more of a ‘dining experience’ than just good dim sum. Ping Pong has not ticked any of my boxes other than being near where I had parked once.

The last couple of times we’ve ended up in dumplings legend for the xiao long bau and ordered a few other dishes off the dim sum menu. It’s not anything to write home about but does the job. Previously we would go to Leong’s legend if we wanted xlb, or joy king lau if we wanted standard fare. The latter of which was nothing special but pretty good value - I’ve not been since it changed hands.

I’d been tempted for a while by Royal China Baker Street, but I had a fairly atrocious set menu at their Canary Wharf branch as part of a work Christmas dinner last December which put me off trying their dim sum.

I’d written ping pong off as another over expanded chain restaurant, was that wrong? The only time I went wasnt great, and the dumplings cost more and came in fewer numbers.

Not Gerrard Street, but A Wong seems to be the place to go at the moment. It’s high up on my list to try, but it falls into the yuatcha bucket rather than the affordable one.

Shikumen - small Shanghainese (is that a word) chain - has a dim special until 25 May – Mon to Fri 12-3pm four dim sum for £10. am fond of shikumen and, with a deal, i can afford it too. we went last week and had one £10 order and then also had one of our favourites - the sichuan aubergine/eggplant. we will go again before this deal is over 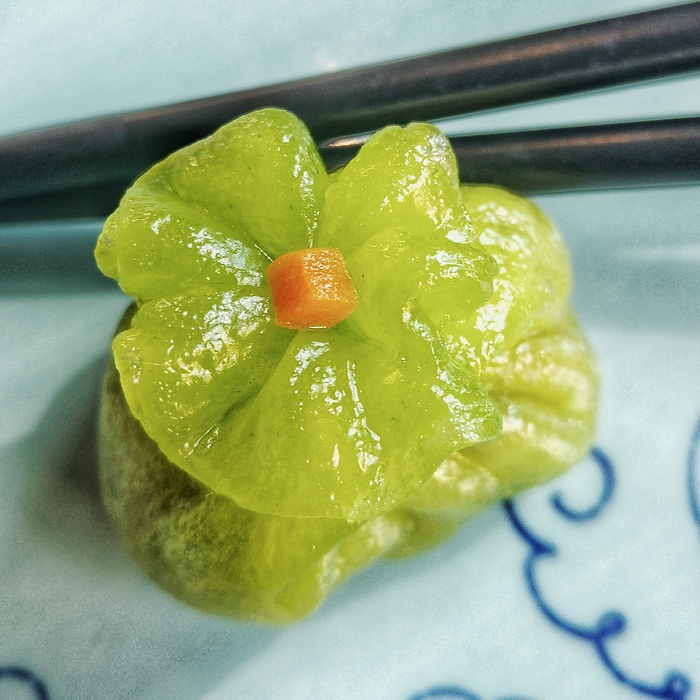 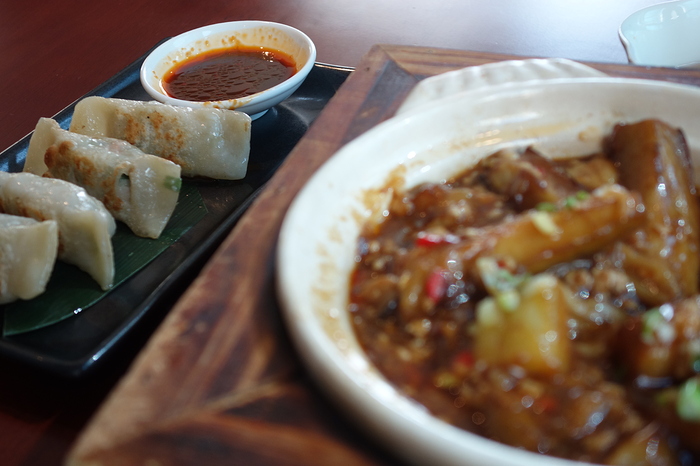 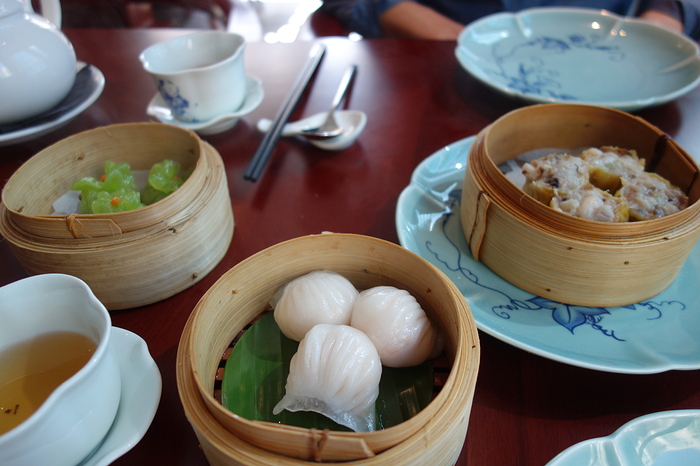 Have you tried Shikumen’s non-dim sum dishes? We thought they dimsum was OK but a couple of dishes we had off the specials menu were belters. They had a sichuan citrus duck dish iirc, which sounds a bit odd but the flavours were perfectly judged.

We love the Crispy Fried Prawn with Dried Chilli and Cashewnut and the Braised Egg Plant with Minced Chicken in Sichuan Sauce. Haven’t tried the duck - will bear it in mind. THeir hot and sour soup is lovely but very small for the price. We vowed next time to skip the tea. It’s attentive service but at £3 a person, it’s ridiculously expensive. We have never eaten at Shikumen for full price. One day (sadly it was my birthday so I was so disappointed) they didn’t have the prawn dish so we had Cha Cha Chicken - nice enough but we wouldn’t order it again. Oh and this one - Stir Fried Asparagus, Lotus Root, Mushrooms and Pumpkin - was shockingly boring.

The dim sum? It’s pretty good, better than some places, but not special. For the deal we don’t mind! We’re used to paying much less for dim sum (in Toronto) so buying the frozen things to make at home has been the best bet so far.

By the way, is there such a thing as amazing dim sum? There is the occasional standout but they seem much of a muchness anywhere I’ve gone. Someone said on there that Hakkasan’s dim sum is superlative. Maybe I don’t care as much. When in Toronto, where dim sum is everywhere, I’ve even wondered if there’s one central kitchen trucking the stuff to every place, they taste so similar. On the other hand, I always know when there’s a substandard one. {The Chinese doughnut - or dough stick or whatever you call them locally - is a case in point.} Some are disgusting and they’re not easy to find in London. I thought the Shikumen ones well executed - the flavours were distinct, the dumpling wrappers were tender not chewy, and fillings are how they should be (no stray pieces of shell or gristle or fat - things like the shui mai filling finely and evenly minced). What would have made it better for you?

Yes I definitely have a view about good vs bad dim sum. Many places here I think just ship in frozen stuff, so as you say there’s not a lot to separate them. However, find a good place and there is for sure a difference!

For example, a good har gau will have a light but stretchy and strong pastry. The prawns inside should be cooked from fresh, giving a firm, texture and release a lovely, moist prawn flavour.

By contrast, a bad har gau will have a doughy, heavy skin, with prawns that are mushy, dry and tasteless from freezing and pre-cooking.

Similarly, bad fried items will be greasy, leaving my mouth tasting oily after the meal. They often will have mushy, bland fillings.

Maybe we should organise a HungryOnion dim sum meal to try out some of the good stuff and see the difference!

Maybe we should organise a HungryOnion dim sum meal to try out some of the good stuff and see the difference!

I’ll be in London 5-14 July - maybe we can organise a dim sum crawl one of the days. It’s been a while since I did one - the last was in 2012 when we hit Phoenix Palace in Marylebone (a personal favourite of ex-Singapore Prime Minister, Goh Chok Tong), and Royal China Club.

I’ll be in London 5-14 July - maybe we can organise a dim sum crawl one of the days.

I’d be up for this! At the moment, the only days I’m not available during those times are Sunday 8th and Saturday 14th.

By contrast, a bad har gau will have a doughy, heavy skin, with prawns that are mushy, dry and tasteless from freezing and pre-cooking.

The worst har gau I’ve ever eaten was at the Gate bar/club/restaurant in Notting Hill. I mean, just look at it: 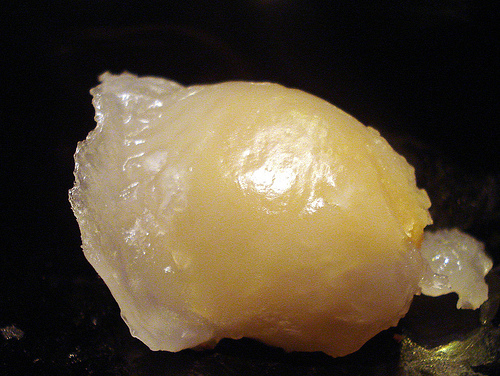 (The glob of white stuff on the right is part of the wrapper that fell off because it was so overcooked.)

The worst har gau I’ve ever eaten was at the Gate bar/club/restaurant in Notting Hill. I mean, just look at it:

No folds, weird. But it looked fat this har gau. Overloaded with ingredient?

I’ve even wondered if there’s one central kitchen trucking the stuff to every place, they taste so similar.

In Hong Kong the poorer quality places definitely buy in a lot of their dim sum.

By the way, is there such a thing as amazing dim sum?

Yes there is, but it is rarely cheap, in fact its often pretty expensive. Good dim sum depends on really good ingredients, a very skilled chef, and having the dishes cooked to order (carts are never a sign of great quality). Top dim sum chefs are very highly sought after.

I always cringe a little when people equate dim sum with cheap dining. Certainly its quite possible to eat well cheaply but their is a world of difference between a Shanghainese dumpling shop and a top Cantonese dim sum restaurant. Even in Hong Kong or China you will pay handsomely for good quality dim sum. OK Tim Ho Wan (was the cheapest Michelin starred place) is pretty cheap but the menu is very limited and most of the branches are very formulaic and of varying quality.

i’d be up for it too with some notice.

i’d be up for it too with some notice.