Pearl Liang in Sheldon Square remains one of my go-to places for good, dependable dim sum in London, away from the gritty touristy spots in Chinatown. Pearl Liang is slightly more upscale than the typical Chinese restaurant - more like Royal China in Baker Street, though not as hoity-toity as Kai in Mayfair, China Tang @ the Dorchester or Hakkasan in Hanway Place.

Its lobster noodles, whilst it does not reach the lofty heights of those churned out by crusty old New Mayflower, is still pretty dependable - and costs a fraction of the price we had to pay back in Singapore for. But come here for its dim sum - some of the best-tasting I’d had.

The maitre’d, a Chinese-Malaysian from Ipoh, is loquacious, confident and gave some very good recommendations. 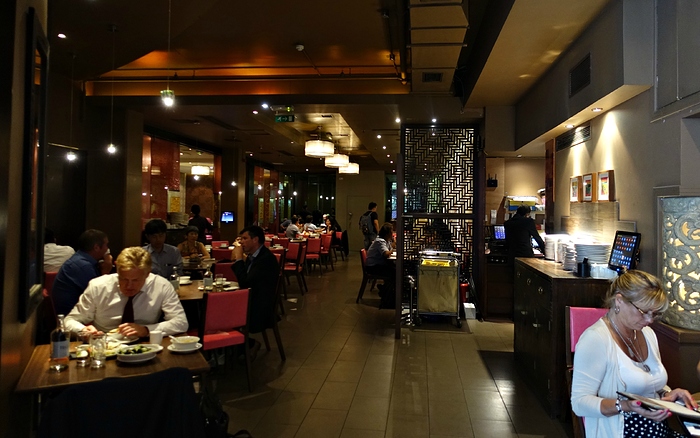 I’ve been informed by Londoner friends (including one who had her wedding reception held at the old Mayflower back in the early 1970s) that Pearl Liang’s lobster noodles these days are better than those from New Mayflower. I was given to understand that Pearl Liang’s executive chef was formerly of Mandarin Kitchen, which reputedly had the best lobster noodles in London in recent years.

The taro puff and lung ha noodles look inviting. The question: Are you taking one (and more) for the team, being based closer to Hong Kong?

I met up with some old friends from Singapore who happened to be vacationing in London at the moment, and they vehemently wanted a Chinese lunch - that Pearl Liang also offers dim sum was a big bonus for them.