Barrafina is a mini chain of Spanish tapas bars in London, with three locations. Their original restaurant in Soho has a Michelin star. I went to their Adelaide Street location in Covent Garden for dinner.

It’s a smallish restaurant with an interesting layout - it’s pretty much just a long bar in front of the kitchen that wraps around the entire restaurant, with no tables. You can get a good view of the chefs working behind the counter if you sit in the middle. There were also some spots on the ledges next to the windows, and they have a private dining room for events as well. They don’t take reservations and are walk-in only, and also have a max party size of 4 people.

There’s a one page menu that also doubles as a placemat, and a wooden board with the daily specials on it. A server behind the bar takes orders.

This was a thick slice of crusty chewy bread, rubbed with tomato and topped with more chopped up tomato spread. The thick slice of bread held up well against the juices of the tomato. The tomato itself was very nice, ripe and sweet with some salt and olive oil drizzled on top. 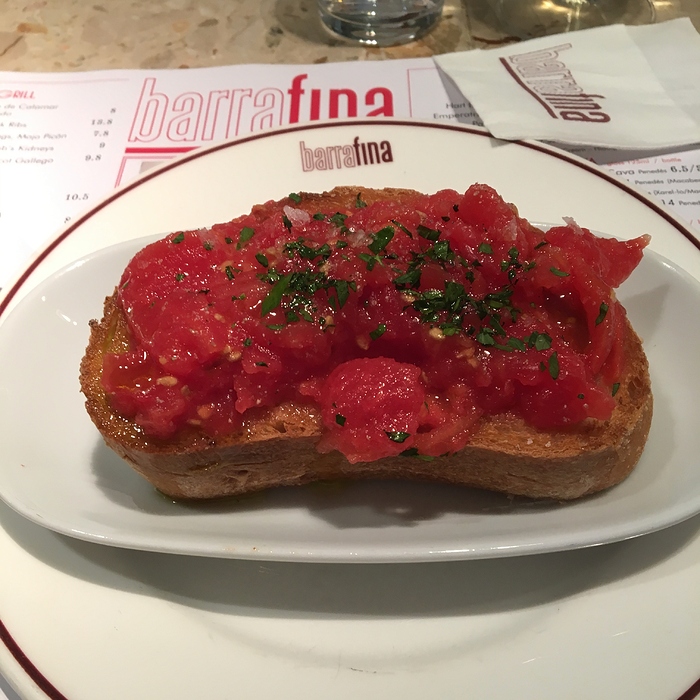 These padron peppers were well fried in olive oil, slightly blistered and still a little crispy, with a sprinkling of sea salt. As usual with padron peppers there was the occasional hot one. 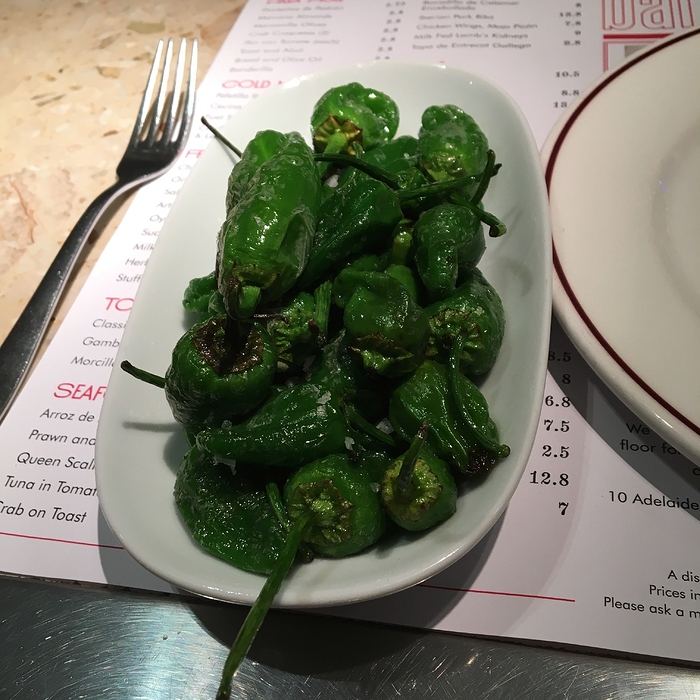 This was from the specials board. Different in texture and taste than say a canned sardine, these sardines were deboned and butterflied with the tail left on, and had a somewhat hard texture, kind of like fish jerky. It was also nice and salty with a bit of fishiness. Tomato slices were ripe and sweet, like in the pan con tomate. 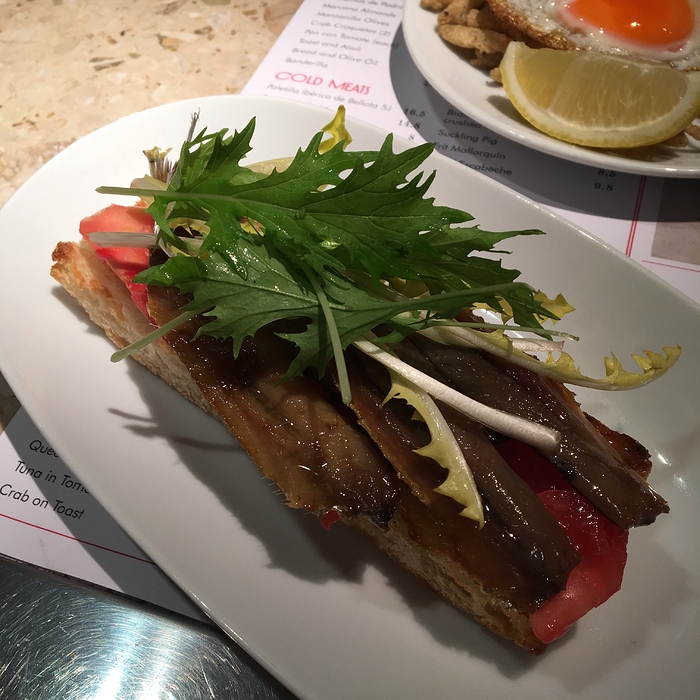 This was also off the specials board. Whitebait fish deep fried, with aioli and a fried egg. This was delicious. Lots of little fish, breaded and deep fried until crispy. The fish were whole and tender inside. Dipped them in the aioli, which I think had some paprika in it, and also a few in the egg yolk. The egg was fried very crispy but with a beautiful runny orange yolk. 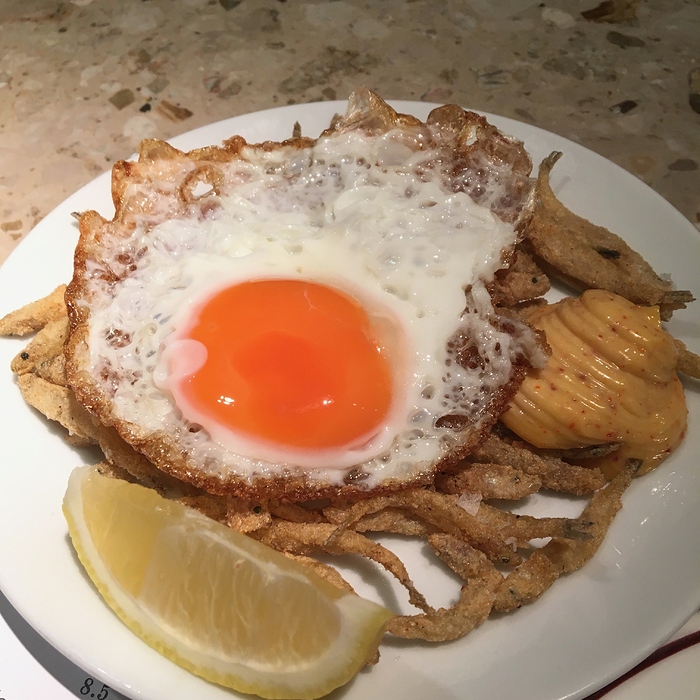 Probably my favorite dish of the night. Fat short grain rice. Kind of like a paella but without the crust on the bottom. Had some barely cooked mussels, squid, and a large shrimp. Very flavorful rice, with a lot of seafood and saffron flavor. Texture was creamy but the rice still had some chew, was not mushy. 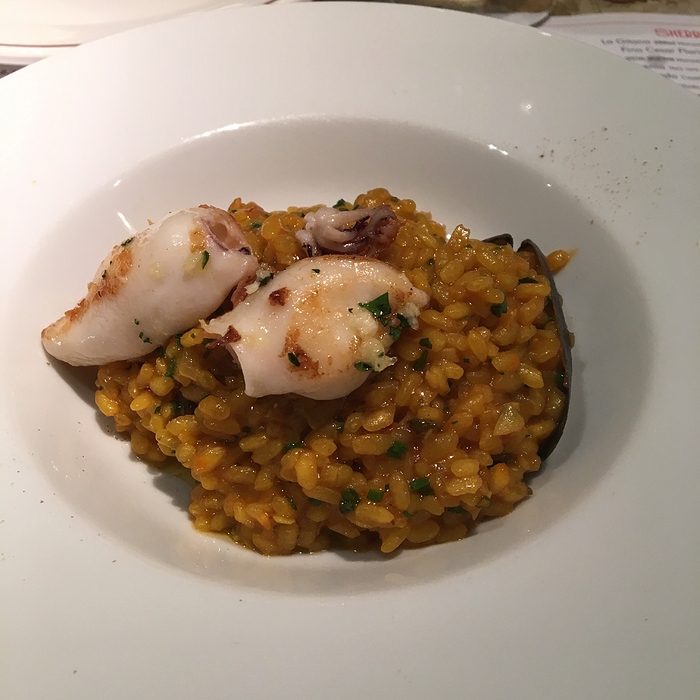 Very good food, and worth waiting for.

Lucky man. I havent had a hot Padron pepper for years - I was beginning to think it had been bred out of them.

I think you may be the lucky one Harters, those special peppers can be spicy