As previously, here’s a summary of interesting things I ate in London in August 2019. Anyone else got any thoughts on these?

This used to be a very traditional “old man’s pub”, but now seems to be positioning itself as something of an old-school gastropub. Salt beef croquettes had a pleasingly loose texture, just on the edge of falling apart, and the saltiness of the beef was well-controlled. They sat on top of rather too much mustard cream sauce, which I’d have preferred to have on the side. House-made pickles were thinly sliced, well-marinated, and nicely varied (carrot, kohlrabi, and mushroom). 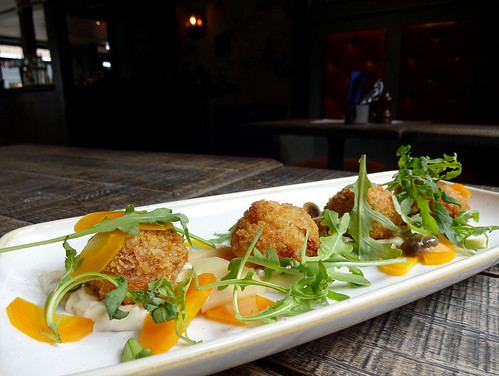 I’m sure I must have written about this here before — it’s 10 minutes walk from my house and I pop in fairly often. (I recently discovered that the one by East Ham Station does its breakfast buffet every day from 8am; the Croydon one only does it on weekends from 10:30am, and maybe I should get up a local petition.)

In any case, I was here twice in August and had the mushroom 65 both times. Each time the spicing was absolutely spot-on, and I loved the hint of black salt in the finish. The texture of the coating was inconsistent though; beautifully crispy on an evening visit, but rather softer at lunchtime a couple of weeks later. Samosa chaat was well-executed on both visits. 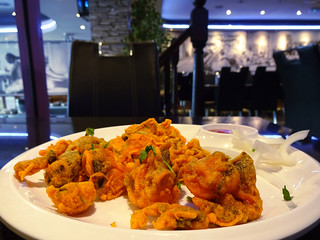 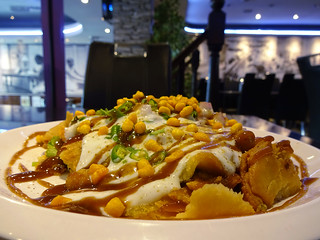 This very small takeaway has just one table for eat-in; most people, as I did, come in to take away. A selection of items from the menu is cooked fresh each day and kept chilled in the display counter. They’ll heat things up for you if you want, but I had mine cold to heat at home. The best of the lot was the mutton curry; well-spiced and beautifully tender. (I also got chicken noodles, pilau rice, and dal, which were fine but nothing special.)

The next day I brought a friend in while we were scouting for our upcoming London Road food walk, and we had a couple of their “short eats” (snacks): vegetable roll and some kind of vada (also vegetarian), this time heated up in the microwave. Both were good, with a pleasingly warming chilli heat and a texture that hadn’t suffered at all from reheating (often I find vada end up rather dry — this one didn’t). 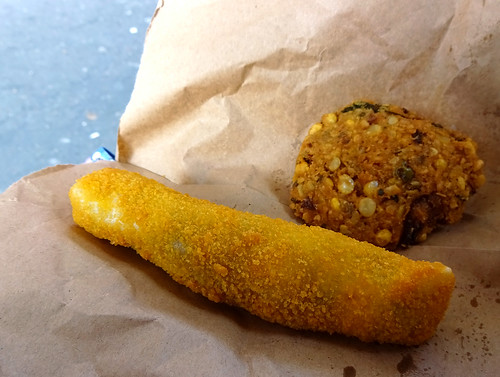 I also wrote about this last month, when I enjoyed their wada pau. On this visit we had pani puri (shells not crisp enough, but I’ve suggested they try the “brief heat in the oven” trick, so I’ll see next time if that improves things), Mumbai toastie, and masala chips. The Mumbai toastie was pleasing enough, though fell apart rather too easily for my liking; it was cut into four triangles rather than two, which didn’t help. The masala chips were really good, with a lovely spicy tomatoey sauce. As noted previously, I don’t really like potatoes, but I’d definitely eat these again. (Fans of patatas bravas would love them.) 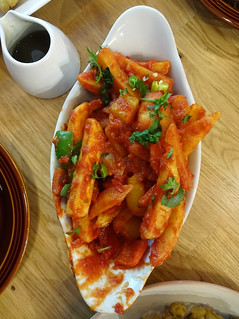 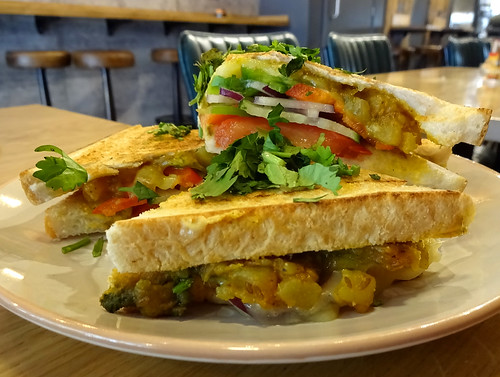