[London] Afternoon Tea at the Palm Court at the Langham

I was visiting London (and England) for the first time and afternoon tea was on my list of things to do. I had wanted to try Fortnum & Mason, but they were booked up that day, so I made a reservation for afternoon tea at the Langham instead. It’s an elegant room on the ground floor of the hotel straight past the entrance. There was a pianist in the house playing a mix of muzak-y versions of pop songs interspersed with some jazz standards.

These little sandwiches were very good. The bread used in the first three sandwiches were similar and had a nice slightly moist crumb. My favorite of the sandwiches were the smoked salmon canapés, which had a generous amount of salmon on top of some flavored cream cheese on some dark rye rounds, and the pastrami sandwiches, which had a sharp and creamy Albert sauce. The prawn cocktail was also good, kind of like a shrimp roll with little shrimp in a mayo based sauce.

Every so often someone would come around with some more sandwiches on a tray if you wanted a refill. I think I took advantage of this a few too many times. 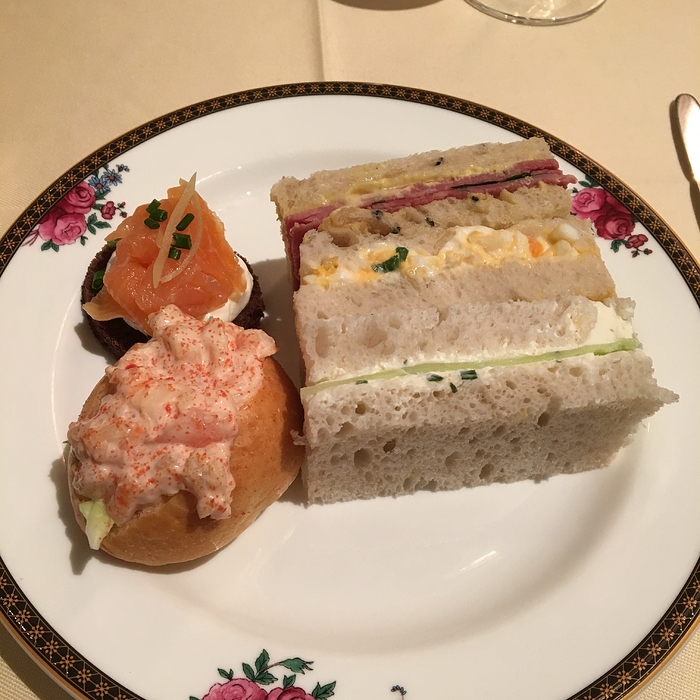 Scones
Classic and raisin scones. These were delivered fresh out of the oven and delicious. Warm, light, airy, and a little crumbly with a slightly crunchy outer crust. Not very dense at all. Came with clotted cream and a strawberry jam. 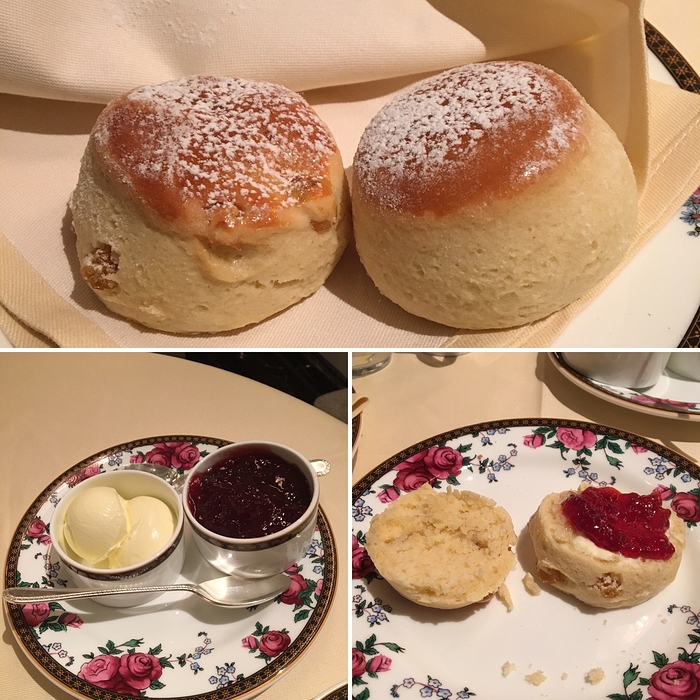 Tea
You can get as much tea as you want, and can try more than one if you wanted which was nice, though there’s only so much tea one person can drink. I had a pot of the Wedgwood Original and one of the Earl Grey. 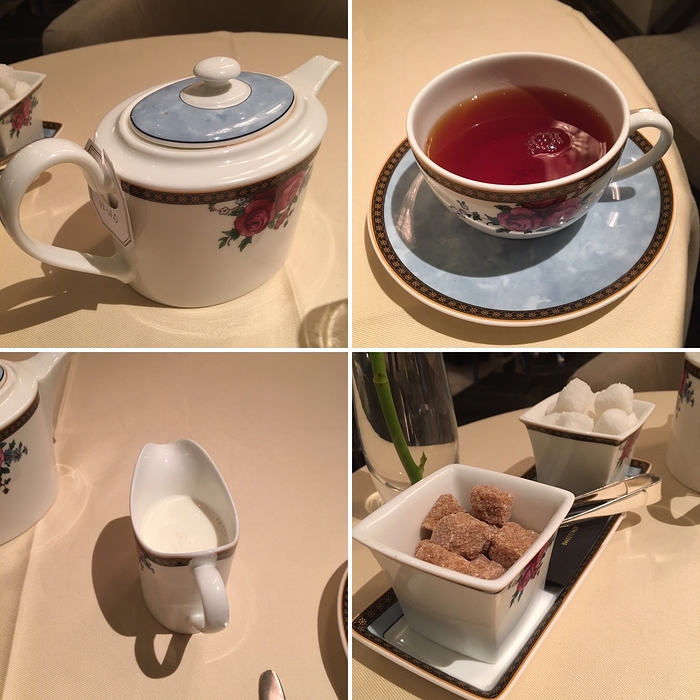 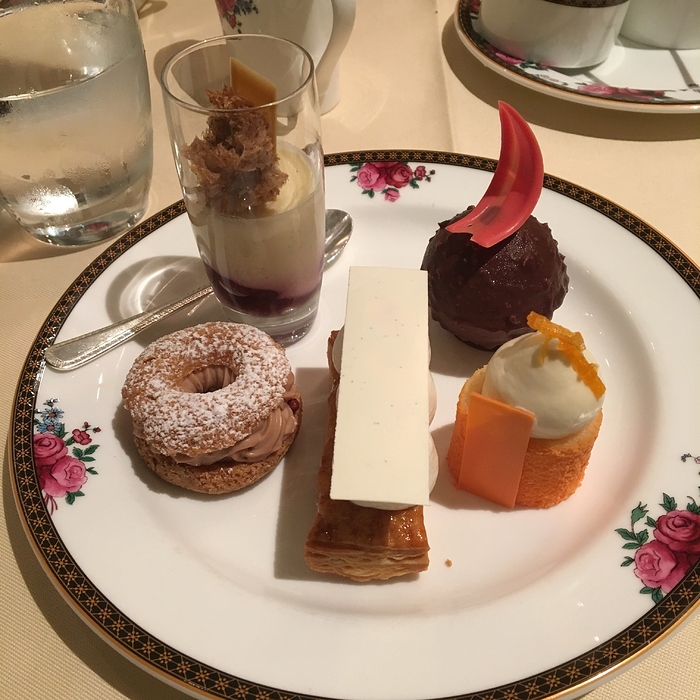 By this point I was utterly full since I overdid it a bit with the sandwiches. I couldn’t finish the desserts except for the cheesecake-like thing in the glass (the “Rikikaka” I think). They very nicely boxed up the rest for me. Ate them after a few hours so with the caveat that they weren’t in the freshest state, they were pretty good but nothing really leapt out at me.

A bit expensive at £59 with a glass of champagne (£49 without champagne), but given that this was my first meal of the day and I didn’t need to eat anything for the remainder I think not too bad a value.

I love afternoon tea at the Langham. One of the best in town.

Came around with more sandwiches? Wow. Not at Fortnum’s.

Came around with more sandwiches? Wow. Not at Fortnum’s.

Thanks for the lovely photos. Our last tea was at Browns a few months ago as I had been there many years ago and wanted to share the experience with my husband. It was terrific, but I think it was even more pricey than the Langham. I will definitely put this one on my list! There is a website that offers discounts at many of the good hotels in London, but I can’t remember the exact link. We’ve also had a very nice afternoon tea at The Montcalm Hotel. BTW - Brown’s offers refills of all the food, but who has room?!?!

Could this be the site you were thinking of, June? Seems a very comprehensive listing across the country.

great review. honestly, fortnum and mason wouldn’t have been this lovely. it’s highly priced and a bit underwhelming, in my opinion. the space isn’t very attractive either. you made the right choice! i must try the langham

i must try the langham

And, next time you’re in the Rainy City, save room for a visit to the Sculpture Room Cafe at the Town Hall. Very decent afternoon tea for fifteen quid which you get to eat amongst the 19th century collection of the city’s mainly scientific “worthies”.

And now for something very different: 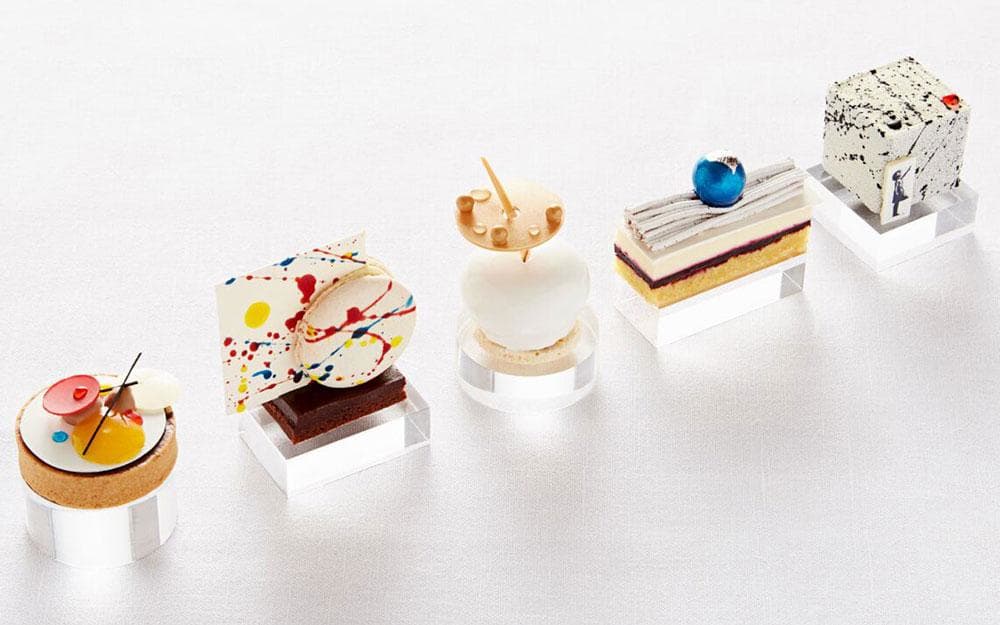 Charlotte Johnstone channels her artistic side at an afternoon tea inspired by the works of Banksy, Kadinsky, Pollock and Miro.