So, I’d been meaning to try this place for a while and booked early last week to go for lunch yesterday.

Then on Friday it was in a Guardian list of top places to eat in Liverpool. 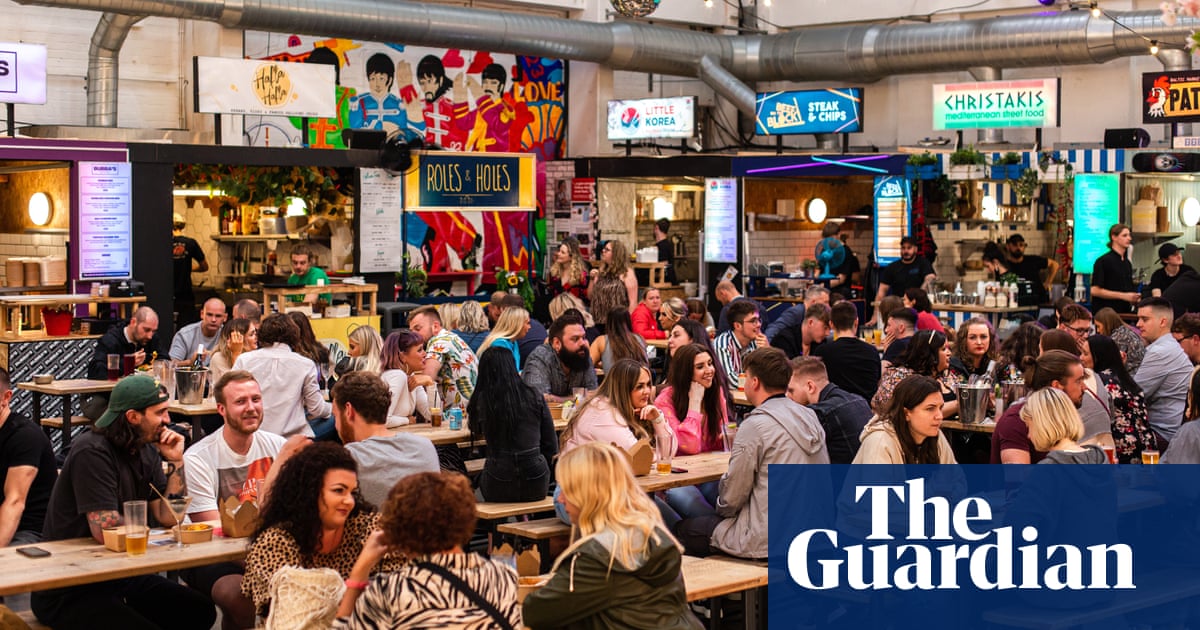 I had some doubts upfront - first and foremost that it is in the Albert Dock, where you do not go unless you are a tourist or going to the Tate. Or to be fair if you are going to Rough hand bakery ( which is next door to Lerpwl ) if you can get in early and snag some of their amazing pittas. Rough Hand used to be in little corner shop out of the centre in the south of the city and it felt like a proper betrayal when they upped moved to the Dock. That’s how we feel about the dock. A friend of mine now regularly goes to Rough Hand at opening time, buys all of their pittas and the freezes them. That’s how good the pittas are.

Anyway, I also had my doubts about Lerpwl because it just looked a bit flashy, a bit cocktails first, food second and thus a bit Liverpool Night Out ( c/o the Liverpool clichés team ).

And that’s partly how it turned out, but partly not. Inside I wouldn’t rave about the décor, though it was good to be sat next to the open kitchen it was less good to be near the window to be gawked at by the tourists lugging their John Lennon mementoes home. It doesn’t feel restauranty - it feels like a posh (ish) cocktail bar that does food. There are various drinks menus (!) including one that is described (to us any way ) as a Mixed Drinks menu, which is weird, surely ? I always though that was a bad idea, but again that may just be me or Warnings my Mother Gave me.

The food ? Well, there are two menus - the Chefs choice which is 9 courses for 90 quid or a shorter Menu which they call Capricious. Why (oh why) would you call it that? Their blurb says
Capricious = “given to sudden and unaccountable changes of mood or behaviour.” Is that meant be a recommendation ?
Anyway it is 35 quid and ‘served in an hour and a half’. This may be good if you are on the clock ( busniess diners take note ) but again feels a bit odd, description wise. We went for Capricious anyway and the verdict was good, but not great.

There are ‘optional extra’ oysters to start ( 9 quid supplement for three - London prices ? ) and my friend went for them. She said they were great. I have never seen the appeal of salty seawater snot, myself. They looked like food a grown up sophisticated person would eat though - although they were served in a wooden bowl shaped like one of them kidney bowls they used to give you in the doctors when you were a kid, if you needed to puke.

The Guardian describes the starter as

‘An arrangement of ceps and girolles on grilled focaccia is next-level mushrooms on toast, autumn in edible form.’
which is fair enough. They say there is also Hen of the Woods in there. I really like Hen of the Woods. I must have got small bit, if its in my serving.

Next up ( say the G) is
’ a plate of grilled mackerel paired with dill cream, buttermilk and cucumber tartare is, for all its clean, fresh elements, stridently flavoursome.’

Not sure about strident but it is very nice too. The sauce is lovely but There is Nothing to Mop it up With! - restaurant crime number 9 ( geddit ? ) right there.
The piece of mackerel is tiny ( obvs - we is fine dining aint we? ) and that is the only real substance on the plate. Bring me some of that focaccia before you’ve mushroomed it, bring me some screens (matron) so I can run my finger over the plate and finish the sauce that way. Don’t make me leave that sauce uneaten…please don’t…oh well.

Next up there is another choice. And so another possible supplement - a whole duck for two for 15.00 each instead of the hake and Jerusalem artichoke. This was puzzling - a very different tack to take mid meal being offered. Maybe we are entering the Capricious Zone ?
Anyway, the couple on the table next to us have it. It is, as advertised, quite the large serving of duck. With sides of nice looking spuds and veg too. I overhear the chef/ server (they do that thing where those who cooked it give you the spiel about it - which to be fair I quite liked as they were all enthusiastic kids ) telling them that they hang the ducks themselves ( off site I presume

), yadda yadda. But if that is the case why isn’t it offered as part of the usual menu ? Even just as a small portion which you can supersize for the supplement ?

All these supplements and add on’s ( there is a cheese course that we also pass on ) - don’t they just get on your wick ? They do mine. It just feels like its all about the money and chipping away at your wallet ( like having two different wine flights on offer , or three if you are super cheeky - take a bow, L’Enclume ). Similarly they only list 175ml wines by the glass on the wine menu. WTF is that about ? Does that mean that 125ml glasses are unavailable ? Dare you ask the question ? ( we didn’t as I’m not drinking at the mo and my friend is rock n roll personified )

Anyway… I really like hake, as does my friend, so we go for that. Perhaps its (none) buyers remorse or ‘I’m wanting what they’re having’ envy but it is a very small portion. And, unlike the mackerel it ( to quote Marcus) ‘needs a sauce’ to bring it together.

Puds ( weirdly not mentioned in the Guardian rundown ) are much better.

Anglesey goat cheesecake is lovely. I’m not a fan of the kiss of the goat in my food, but this contrasts really well with the rosemary sponge and blackberry sorbet it comes with. Yum !

The best they save til last. Carrot, white chocolate and ginger. We have a carrot & ginger sauce, we have aerated white chocolate, we have an almost caramel-like thin biscuit atop a disc of ( I think ) more white chocolate. We have lift off. We have the temptation to, as my friend puts it in her rock n roll way, ‘lick the plate’. Yum yum.

So, very much a game of two halves, Brian. If you want some cocktails, upfront scouse service, & fine(ish) dining, book it.
If you want a lively night out with decent nosh, book it. A table of lunching ladies nearby were making a serious dent in the red wine, flirting with the young lads from the kitchen, and clearly ( and volubly) loving it.

If you are lost in the myriad Beatles memorabilia/tat hawkers of Albert Dock and need a refuge, pop in.

And a useful one at that. We do schlep down the M62 to go to the Tate from time to time. So, at last, a decent lunch spot on the plot.