Started with one of each oyster from the raw bar. Oysters are expensive at around $4 each. These were arranged clockwise from sweeter to saltier according to my waiter. The Atlantic oysters were at the end of the list. Very good oysters and perfectly shucked.

Ordered some things from the “Fancy” section of the menu.

Fancy Deviled Egg ($7 each)
wing fried oyster
A deviled egg with a fried oyster. Also quite good and topped with a slightly spicy sauce. 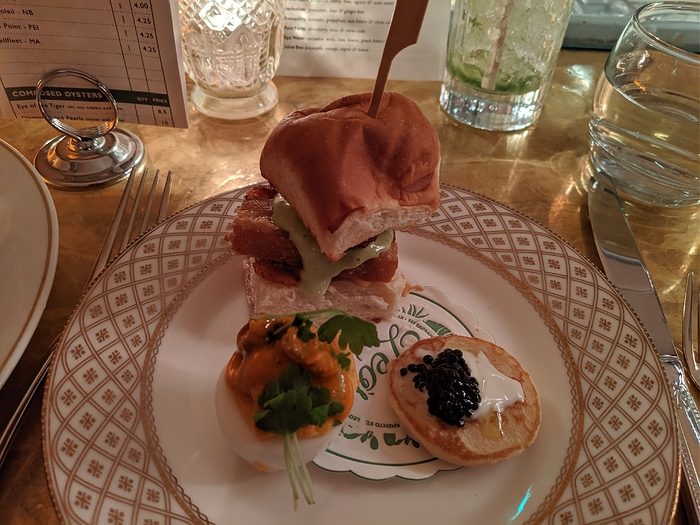 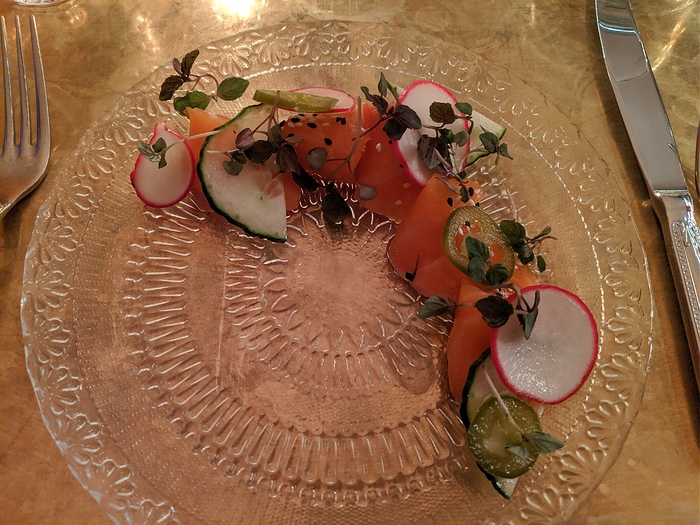 Next, some things off the “Bites to Share” section. I shared them with myself.

Tempura Tuna Poke Roll ($22)
yellowfin tuna, shiso, ponzu mayo, wasabi tobiko & uni
A sushi roll. The fried roll was filled with raw tuna and topped with uni and a mayo based sauce. I quite liked it but I kind of wish I had a little soy sauce and wasabi to dip it in. 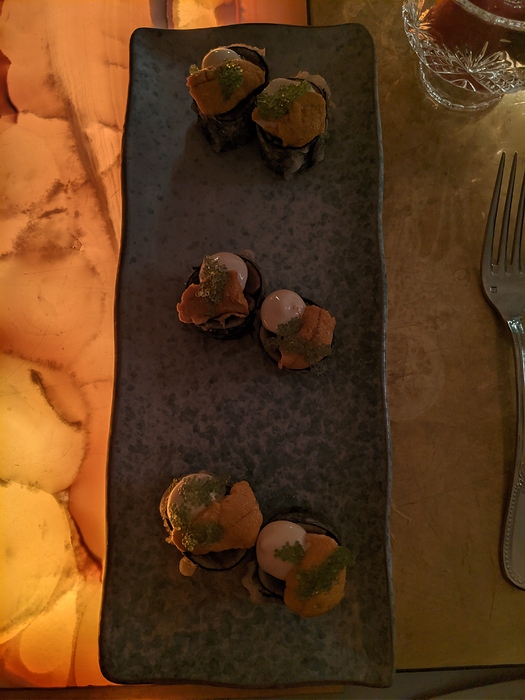 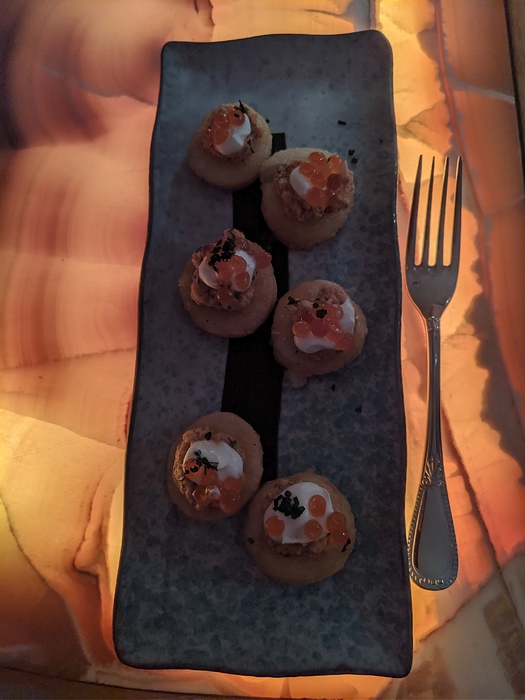 Finally some things from the appetizers section.

Clam Chowder ($15)
savory clams, mussels, bacon & new potato
A very rich clam chowder with whole shelled clams, crispy bacon bits, and potatoes in a cup with a little bread on the side as well. This was good and very rich, but I think it was missing some seasoning or something to give it some pop. Not as good as some of the better chowders I’ve had in the City e.g. from Bar Crudo or Hog Island in the Ferry Building. 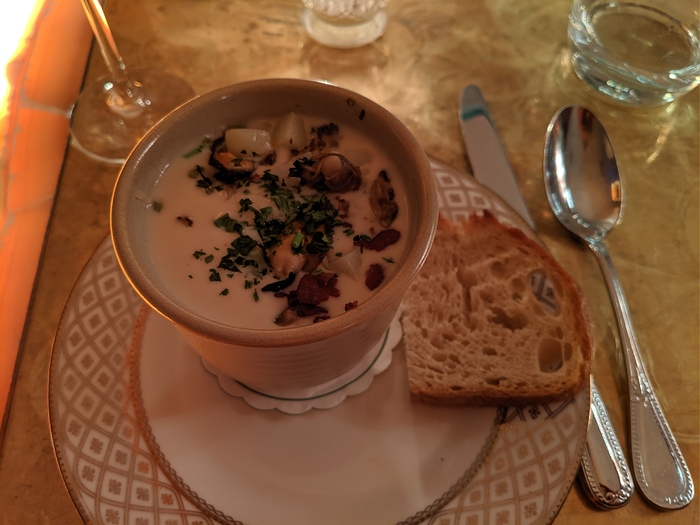 Crab Mac & Cheese ($17)
gruyère bechamel & green tomato relish
Macaroni and cheese with crab. I overordered and only had a few bites of this - took the rest home. This was ok. It may have been because I was full at that point. But it was still just ok the next day too FWIW. Like the chowder it kind of needed some flavor. The macaroni were like little shells and could have been a bit more al dente. There was a good amount of crab in there and some crunchy celery (actually probably was green tomato looking at the description) for some contrast. Still, like the chowder it seemed to be missing some seasoning. 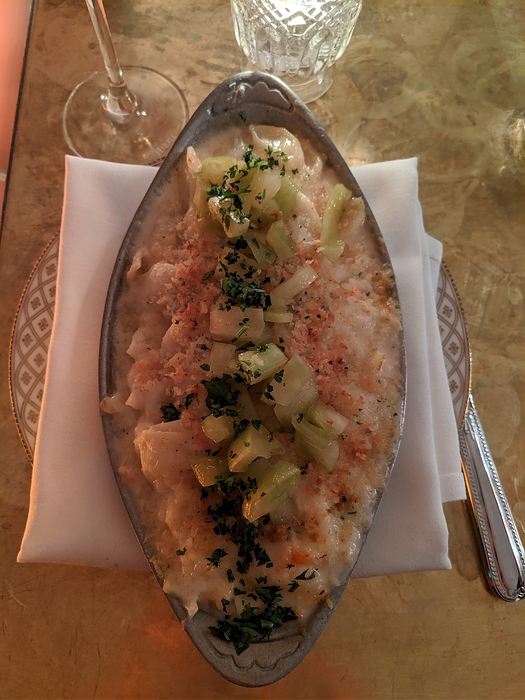 ** Mr. Nicholas’ Liquid Lunch ($16)**
Along with the food one of the drinks I had was the liquid lunch with gin, which is basically a martini with a lot of pickles on the side. A well made martini and good pickles. 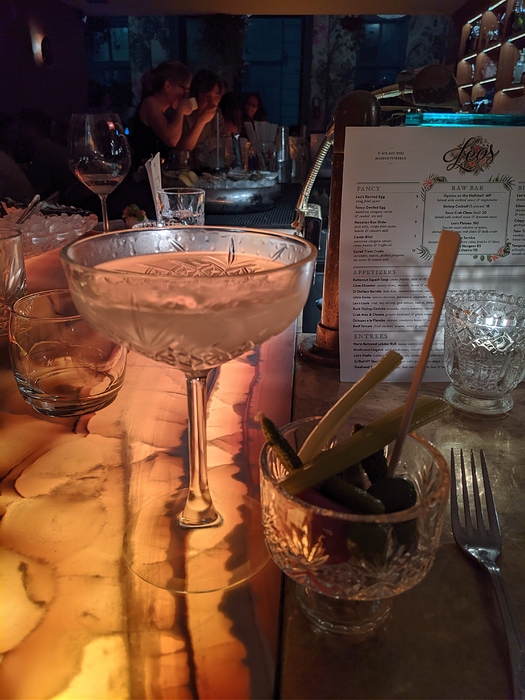 Overall the food was good at Leo’s but I would skip the crab mac & cheese. I liked the smaller bites the best I think. Bring your wallet. 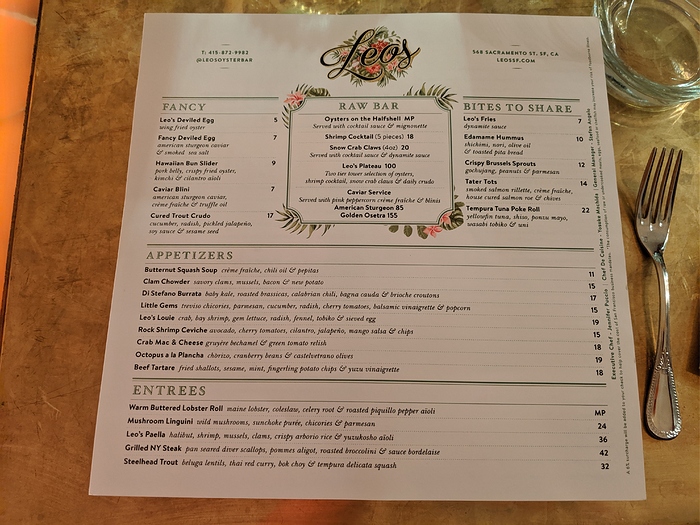 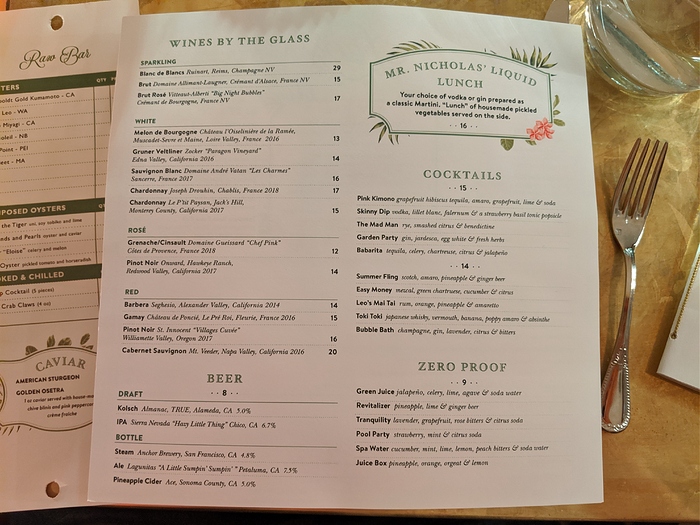 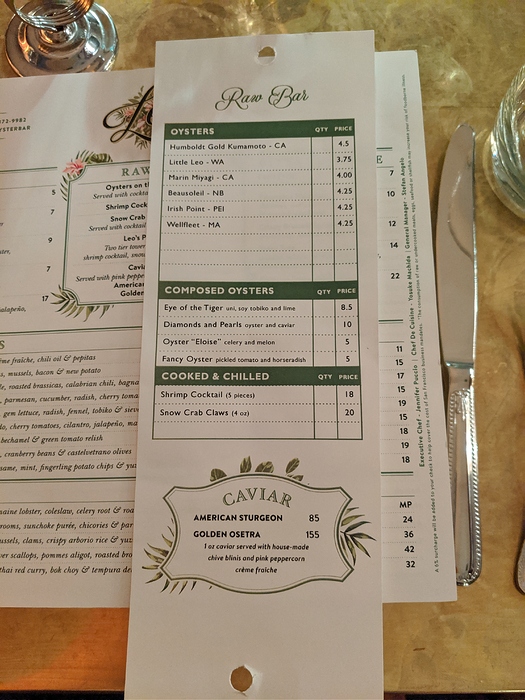 That sounds like a great place for a solo dinner for me as well.

I’ve been dying to try this place! We actually had a rez for my bday in August with my sister, but at the last minute switched and went to Trou Normand - which was not a disappointment in the least, but I still want to go to Leo’s. Looks great, thanks for the report. 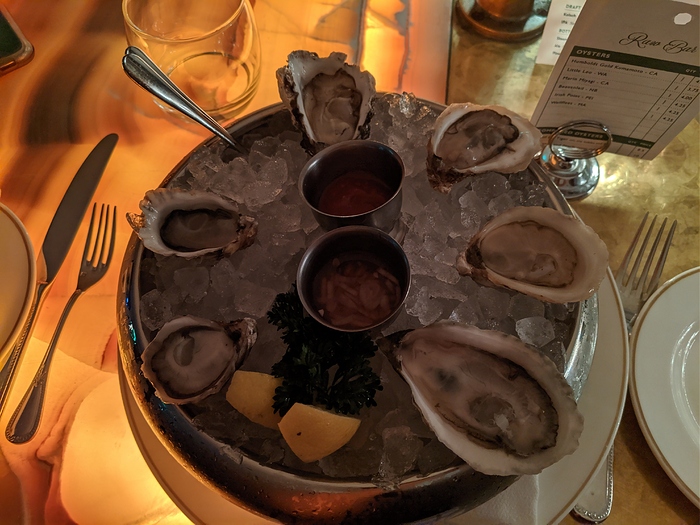