Are you supposed to eat the wafer paper, or remove it first?

The wafer melts in your mouth. Simply to keep the dough from sticking. 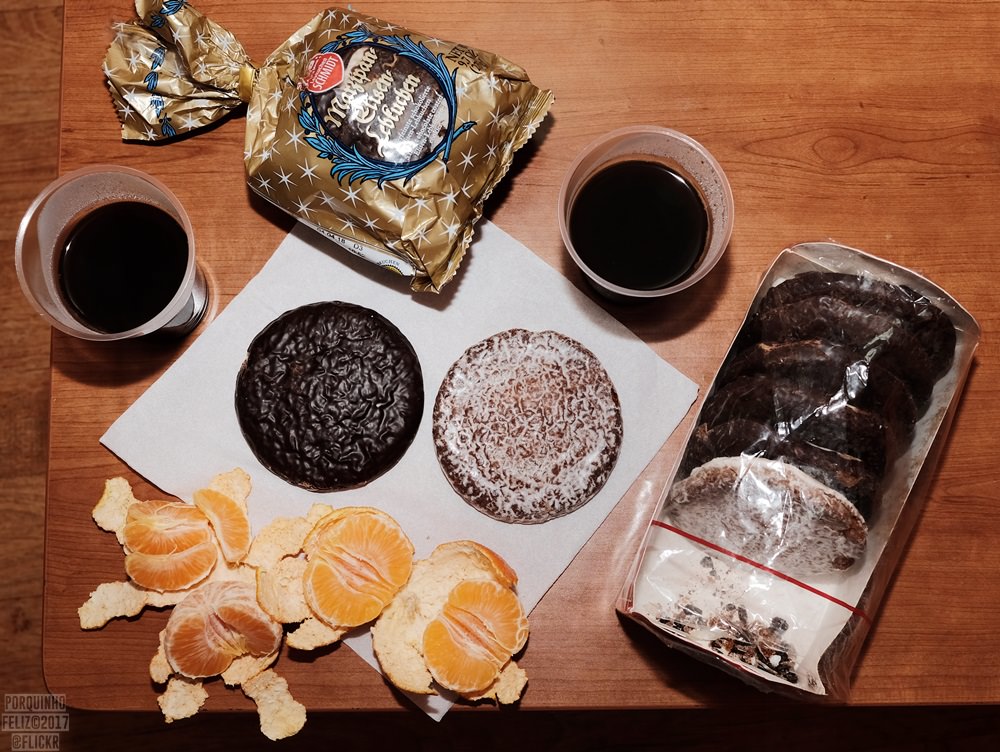 This is how much Lebkuchen I eat in December and January. Unless I holiday in Franconia, where they have the best Lebkuchen in Germany, then I scoff at Lebkuchen Schmidt (biggest and most recognised manufacturer based in Nuernberg with at least one shop in most towns). In Franconia most bakeries make their own. They have a competition every year and whoever wins or have won you’ll see a sign outside the shop. It’s a big honour. 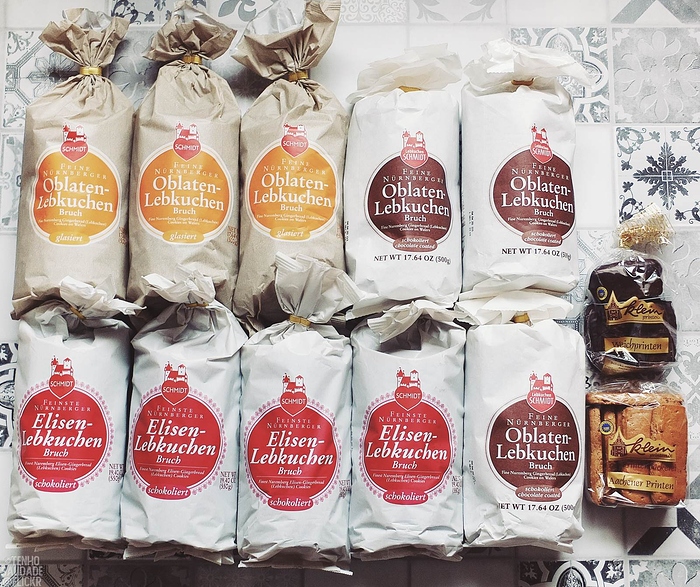 Yes, the “paper” is the same kind of edible rice paper that’s around nougat/torrone–there to keep things from sticking.

And woohoo! It’s almost time for Christmas goodies at Aldi!

I might go just the teensiest bit crazy with the stollen and lebkuchen and lovely choccies and other goodies…all imported from Germany and delicious!

try Lidl if they are in your area.
methinks they have a better (imported) selection and seems to be fresher than others.

just stocked up on both stollen and lebkuchen large+small cookies.
also scored Jamon Iberico - import from Spain, sliced/packaged in USA.

If you live near a Cost Plus World Market, they have tons of German and British Christmas goodies already.

No Lidl in Florida (but I preferred Lidl whe. I lived in Europe) and the only Cost Plus is over an hour away…and shamefully overpriced.

Do you have any Italian or Polish markets nearby?

Italian and Polish markets in Ontario, Canada carry some lebkuchen and pfeffernüsse, now that most Austrian, German and Hungarian shops have closed due to the owners retiring, the kids intermarrying, less interest in German/ Austrian stuff . I find most German ingredients I need at a Polish supermarket.

I buy some lebkuchen, a stollen, and a panettone mostly because it’s tradition. I wouldn’t choose lebkuchen or pfeffernüsse over whipped shortbread, a Nanaimo bar or a rum ball, if I could only choose one

I love German mains, and I love küchen , fancy tortes (Malakoff, BlackForest, Prinzregenten), palatschinken, I can go on.

I don’t find most German, Austrian and Swiss cookies to be as delicious as North American , Greek, Australian or NZ cookies.

Florida is heavily Spanish speaking…and the Italian I influence here is mostly Sicilian…so while I can find Italian markets they carry Italian food…not German. There aren’t any Polish markets…because there just isn’t a Polish community big enough to support one.

I have traveled Germany pretty extensively…the merchandise at Aldi is the real deal.