Had a few slices from the nameless, unmarked, and unlisted pizza place in the Cosmopolitan hotel, at the end of a somewhat hidden record-lined hallway on the third floor. With 3500+ Yelp reviews though it’s not really a secret. Part of the fun is finding it, I had to wander around a bit before I figured out I was on the wrong floor. I went during lunchtime and the line was quite short. They open until 4am so I figure the lines get longer later at night. Would probably be very appealing after a few drinks. It’s a very small space with a couple of counters along the walls, along with a couple of pinball machines and an arcade game.

I had a slice of plain cheese ($5), and a slice of the white pizza ($5.50). They also offer a Sicilian slice that I didn’t try. Both were good solid NYC style slices. Slices are reheated hot in the oven, and whole pies are also available. The crust was quite thin and crispy but still foldable. Good amount of slightly blistered cheese on both but not excessive. The cheese slice had a slightly sweet tomato sauce. The white slice was scented with garlic and had a few mounds of ricotta cheese interspersed, no tomato sauce. I think I maybe liked the white slice a little better. 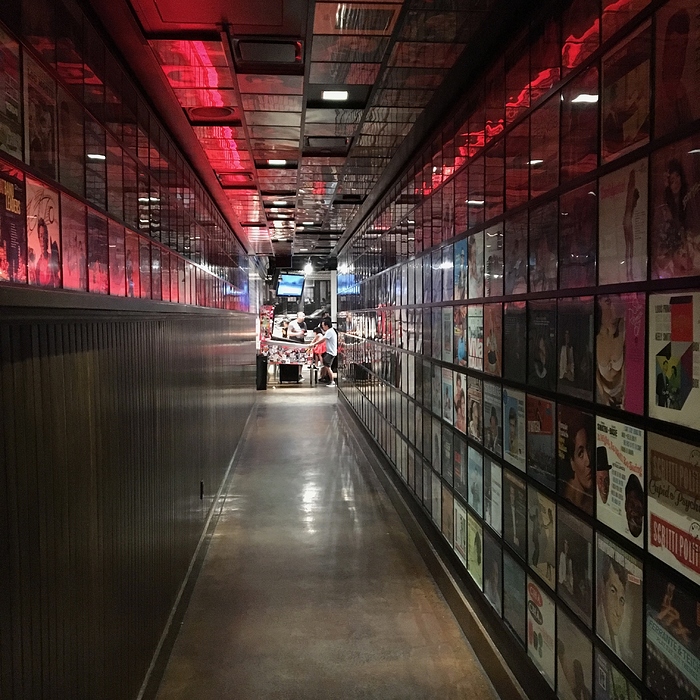 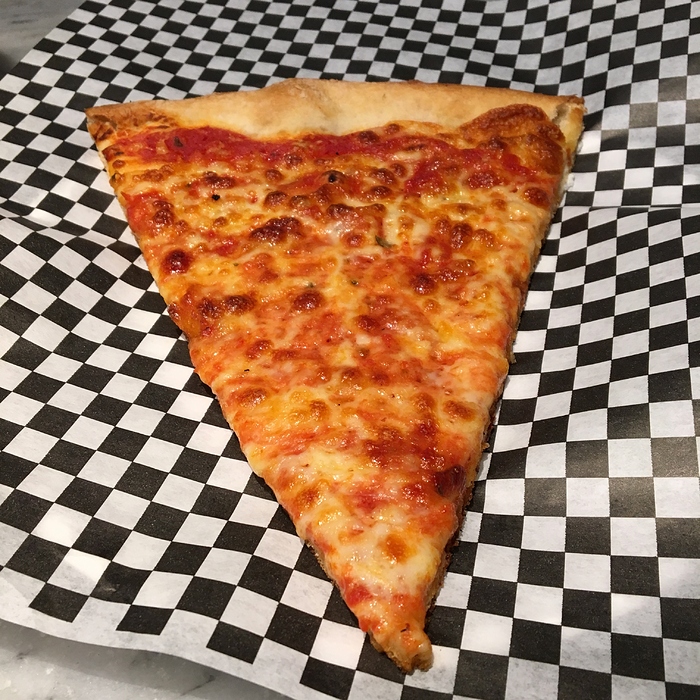 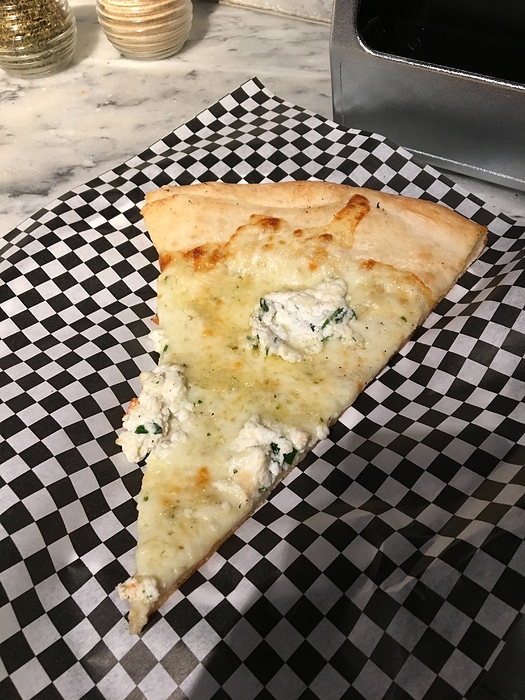